The Crowd Sourcing Competition [Round 31]

Do we need some approval for our entry before we can post pics?

Nop
there is only a few challenges that need a “approval” for you to be in and post a ad to your car
since in most challenges re-submissions aren’t allowed, you cant change what you made in your car so you can just be declassified
so posting your ad here would not make any difference
and thats it
feel free to post your ad 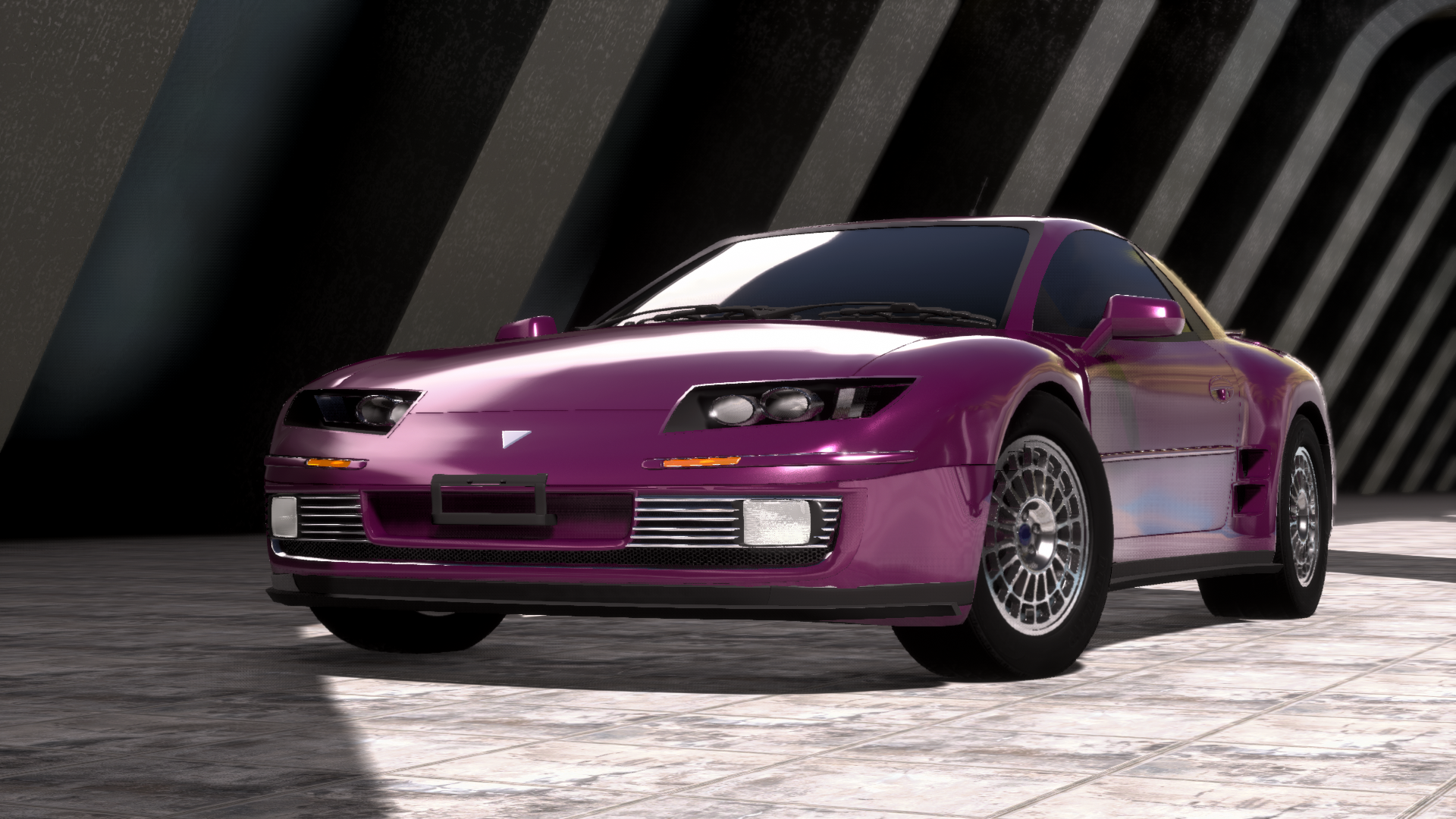 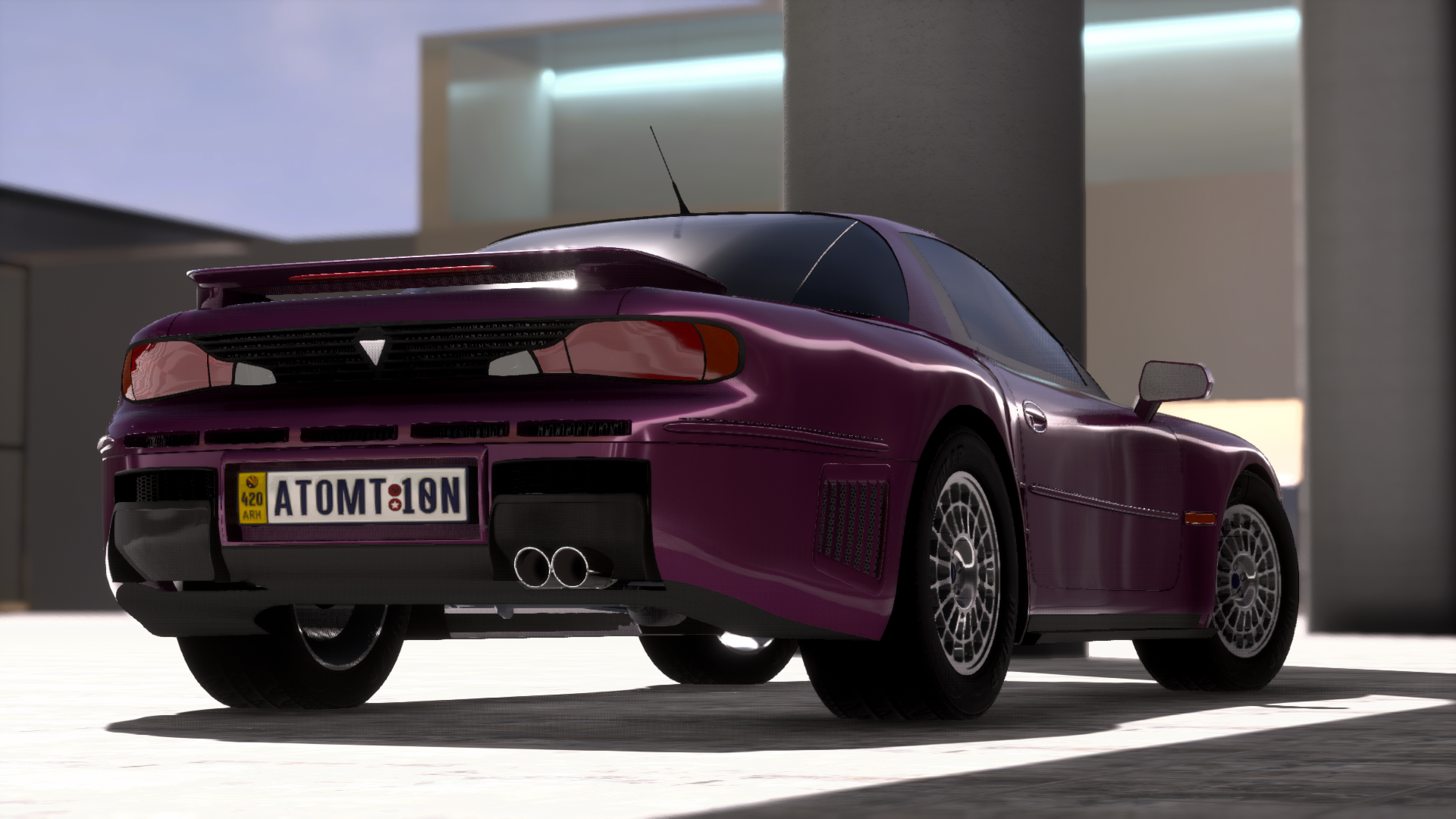 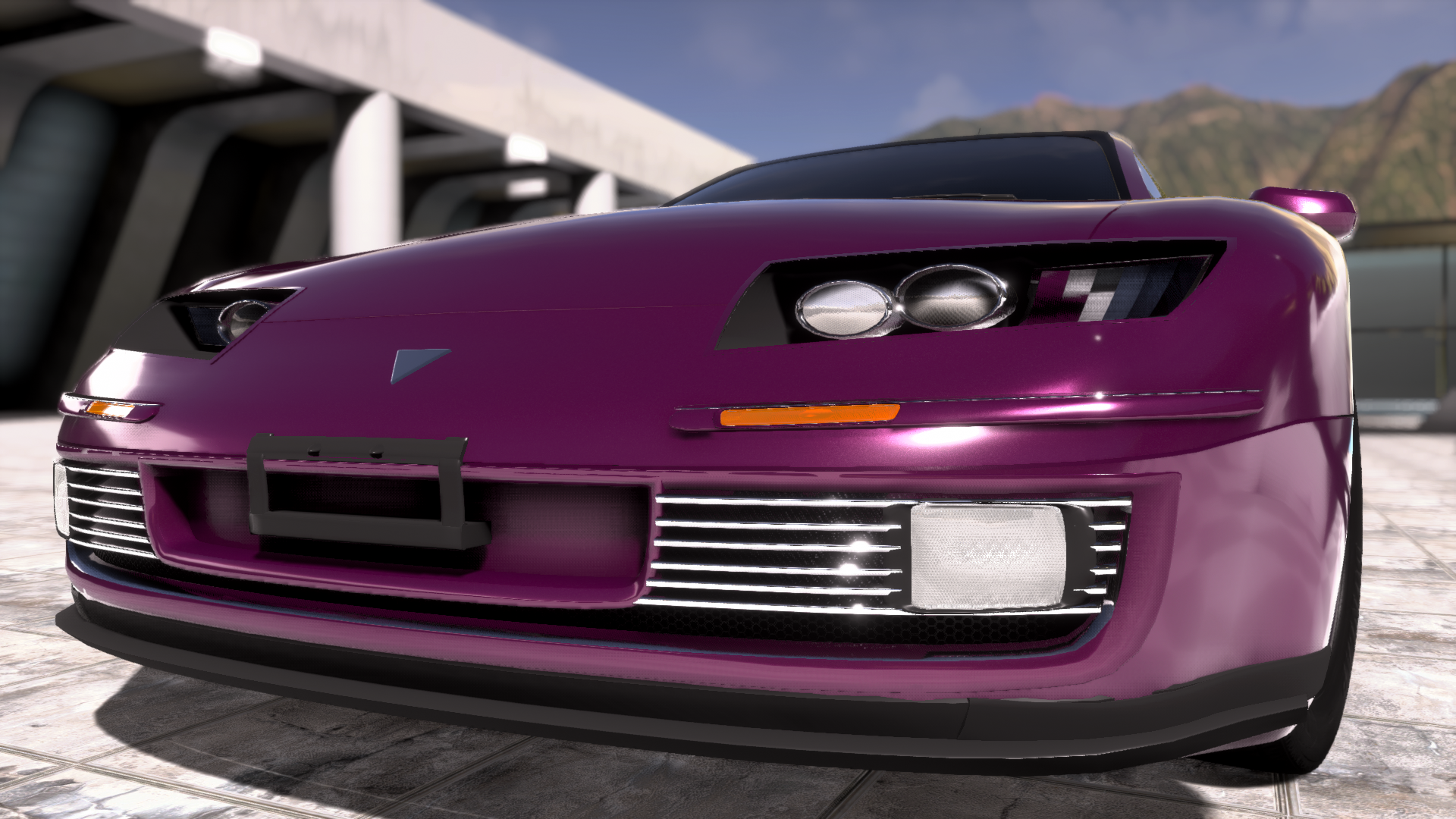 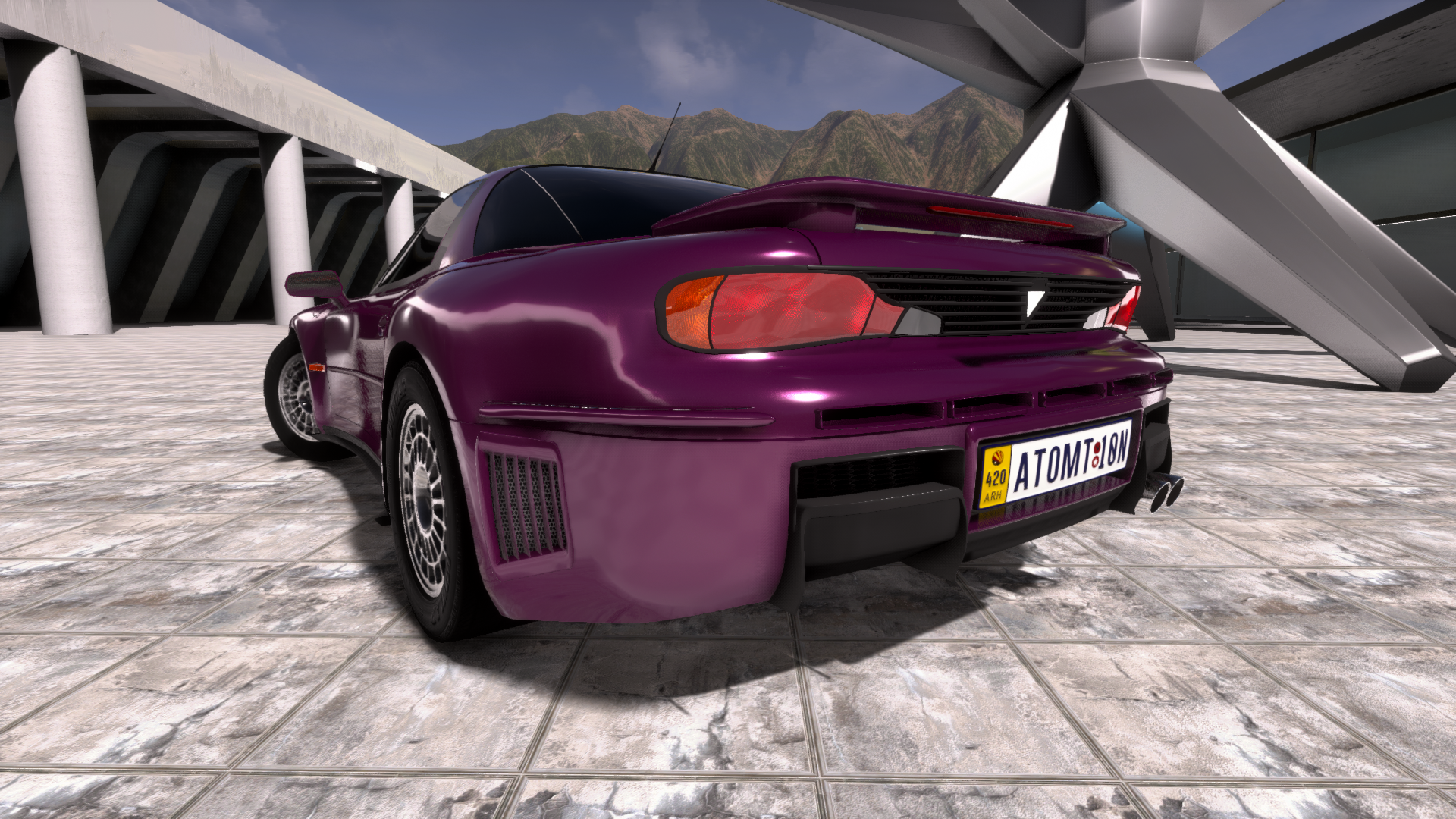 Oh man, i need to say
this is definitively a true concept car!
btw, what body it its made on?

26 hours and 14 minutes left for entries

Designed by Valentino himself inside a shed using his carbon-fibre autoclave. Powered by a proposed “Dracula” V8 (5.5 litre DOHC NA flat-plane 40-Valve V8) producing 544HP and 398lb-ft of torque revving all the way up to 8000RPM. This Dracula is capable of doing 0-60mph in 3.5 seconds and has a top speed of 196mph. Hopefully, Bucuresti will become more famous with the Dracula.

Submissions are closed. Thank you for entering. I will post the results soon.

Sorry for the delay, college is wrapping up. Expect the results by the weekend.

After a delay involving shipping problems, and throwing enough money at the delay to solve it, the Bucuresti design team meet up in the showroom of Bucuresti, with all of the concepts on display. The concept that will be chosen as the Dracula will serve as the halo model for the next decade. Without further ado, let’s begin.

*note: I don’t have all the mods used for the builds, so I apologize of anything seems off.

From @titleguy1: Bucuresti Dracula B20 by LaVelle

Dana: We’re off to a good start with this car. It’s aggressive, yet stylish. A perfect car for Bucuresti.

Marian: I like how it combines both the layout of the German Porsche, but with the AWD of the Japanese Subaru and a powerful V8. This car is a bona fide seller.

Valentino: I agree with Constantin. It screams “sports car”, not “supercar.” We could retain the concept for another model.

Dana: I love how adorable it looks, but it doesn’t scream "Dracula.

Constantin: Yep, It’s definitely Avanta. We could even make a sedan version of this.

Valentino: I see your point, but what if, we put 400 hp under this?

Constantin: But why tho?

Constantin: Now this is a supercar.

Marian: Are those LEDs? Wouldn’t that make the car expensive?

Dana: This is our halo car. Having LEDs will put us above the rest.

Valentino: And look awesome while doing so.

Valentino: This reminds me of a race car. There’s vents everywhere.

Constantin: As I always say, the more racecar the better.

Marian: Yeah, until you have to clean the damn vents.

Dana: Yeah, this isn’t doing it for me. 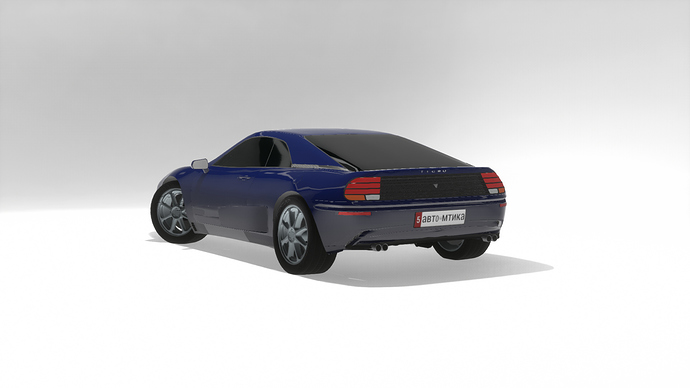 Dana: Why are we looking at photos?

Valentino: The concept apparently got lost on the train.

Dana: Okay… so this is a Ferrari?

Marian: Yeah, but Ferraris are to derivative. And Pop ups are soooo out.

Dana: Since when were you a fashionita?

Dana: Why are we looking at photos again?

Valentino: Someone stole the fixtures.

Constantin: The rear looks like a supercar, but the front looks derpy. I like the wheel arches.

Marian: It’s not every day one comes up with them.

Constantin: It looks like that one swedish supercar. I thinks it’s the Kuuuneee…uuuuh

Dana: And the wheels look dumb.

Dana: It’s like someone did the Lünnerden, but made it better.

Marian: I would totally own this one if this was chosen.

Constantin: For once, I agree with Marian.

Valentino: Eh, bloodlust did it better.

From @Mikonp7: Bucuresti Dracula by Propellor

Constantin: Let me guess, the spoiler was stolen.

Dana: This feels like an evolution of the B20. Looks good.

Marian: I would’ve said that it screams Dracula the most, but yeah, you’re right. Maybe this could be the 2000s model…

Dana: This is awesome. Even if this doesn’t get selected as the Dracula, I’d drive it.

Constantin: This isn’t a Dracula, but this can fit in the American market. THe AWD is also great.

Valentino: Meh, too American for me.

From @abg7: Bucuresti Dracula by HPS

From @Aaron.W: Bucuresti Dracula by Valentino

Constantin: Now all we need is to drop the Lünnerden’s engine into this, and it’s perfect.

Marian: It’s cool and all, but it seems too… overcompensating.

Constantin and Dana: In unison That’s because it has your name on it!

From @Indomaret: Bucuresti Dracula by Indesign

Marian:I like the rear, but the front looks doofy.

Constantin: So it’s the BAT, but less unique?

Dana: Sums it up

Valentino:Maybe if we moved the headlights just a few centimeters across, it’ll be fine.

Dana: This is our Pescăruş

Marian: Agreed. Though the bottom grille could be revised.

Constantin: Huh, we satisfied more of our catalog than I though we would.

Valentino: Welp, I guess we have our winners.

Constantin: Are you sure you didn’t miss anything?

I loved all the designs in this CSC, especially the ones that thought outside of the box. The judgement of the designers are there for entertainment. Sorry for the delay, and thank you for your patience.

Ouch, nearly half of my trim was missing. xD

I guess I should’ve asked for y’all to guide me to whatever mods were used. That mistake is on me.

Nah, it’s okay, it happens. I do have screenshots of mine as to what it looks like with the trim intact.