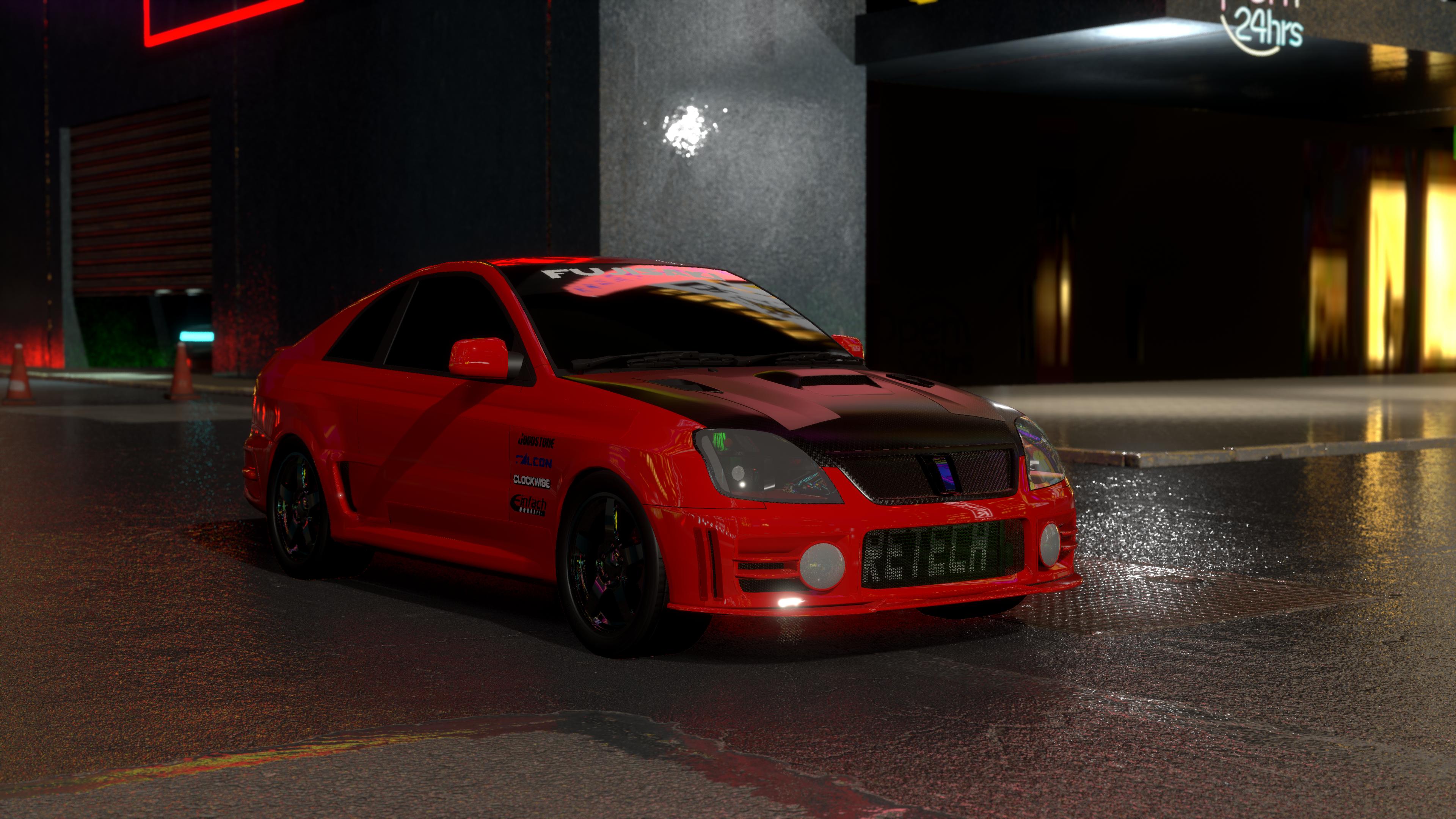 If you dont see yourself on this list, or anything else, throw me a DM

Yeah, for those of you that want to know what we're all about

(Not so period correct music that still fits the theme)

It took me 6 days to finish this project because of my busy schedule and fucked up sleep cycle, hope the effort shows.

@Mikonp7 I can’t dm people yet is it ok if I email u. Nvm I’m dumbo will dm u

Photo538.jpg1920x1080 400 KB
Customer Hans F. wisely decided to honor his Oma’s memory by letting some Swedes in a shed have their way with her car 2 years ago. Inheritance well spent!
He is a die-hard Turbonegro fan, and happy to tell the world about it, not particularly appreciated by neighbors (or most fellow Assis)

Cascadia Hariken ST “The Agile and the Angry” Homage

When the pimp’s in the crib ma

When the pigs try to get at ya

too much hip hop not enough house

4 hours ago but sheesh

Thanks for everybody throwing their stuff at me!
Results soon 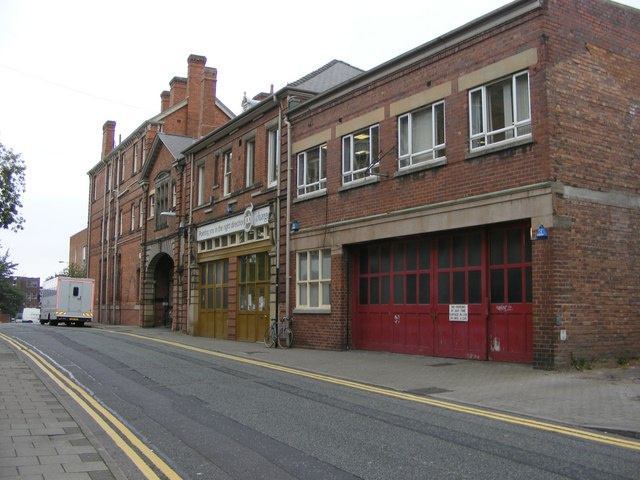 Somewhere in the UK in an revovated firehouse.

In the otherwise rather colorful decorated Eurotuner office, many of the writers sit in the very muted meeting room. The head journalist fixes his baseball cap and thanks the word.

“Alright lads, we got a lotta mail this year. I know we would like to meet everybody of this people, but frankly i aint gonna pay the gas for that. So today we’re here to see who we are gonna visit in the first place. Time to open some mail”

“All right first we got @donutsnail’s Beran Certa”

“What are you all thinking about this?”
“Looks alright. Nice color and livery”
“Ye. Bodykit aint that shabby too.”
“They deffo upgrated from the base car fo sho.”
“Yeah. But is ‘Good enough’ good enough for us?”
With that the Certa was placed in the “No Visit” bin.

(A neat design. Donutsail did get the concept, but get outclassed by other entries. A more complex base car would have probally helped) 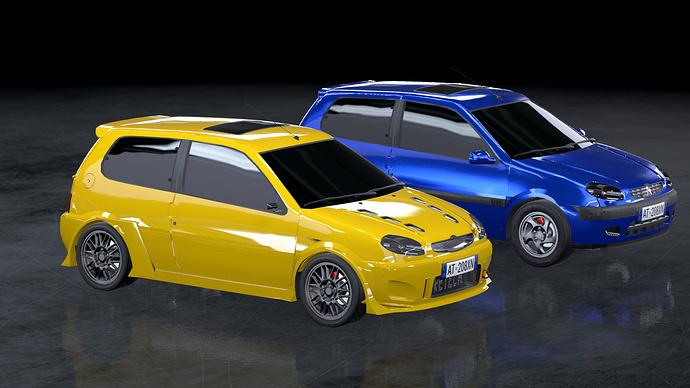 “Ah neat i see those little shitters always at Tesco”
“Yeah. Again a very neat build.”
“Very sporty with that bodykit and that low bumpers”
“Almost looks like sporty trim”
“That’s the problem though innit? Its missing that oomph”

With that it was decided to not give the Baxo a visit.

(Very nice little build, but missing a lot of uniqueness in comparission with the other cars. Also i doubt those mirros will be able to do their job) 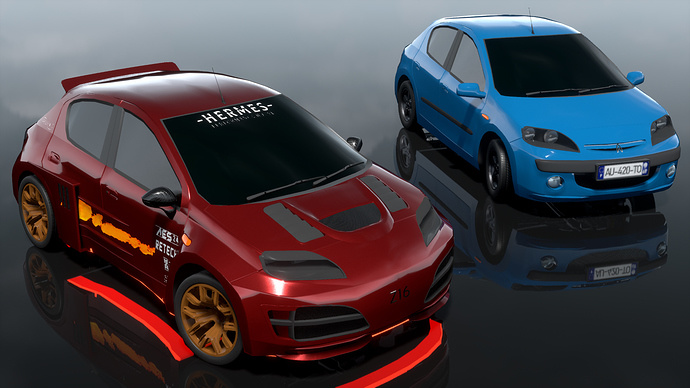 “Daily commuter no more”
“Oh yeah. That boi got some gains”
“It might have a bit of smooth face syndrom, but i kinda wanna see how they did it”
“Sure, ya can have this Marvin”

With that the Z16 was filled for a photoshoot.

“Here we have an IP Florette from @Knugcab”

“…”
“She ain’t a looker is she”
“No not really. And that vent on the side probally took months to carve in”
“What’s in the next letter”

The Florette was rejected.

(Very questionable design of the base car which translates badly into the tuned version.)

“Damn Rev Limiter Magazine…”
“Didn’t you work for them Davis?”
“There is a reason i don’t anymore…”
“Can we talk about the car?”
“Ah right. Yeah looks like a competent build”
“It is very high up innit? And that front splitter isnt really adding much”
“Do we still wanna check it out netherless?”

The Courageux was filed for a photoshoot.

“Now lads we have something spicy. A Cacadia Hariken from @thecarlover”
“Aint that the car from The Agile And The Angry?”

“Oh sheit it is”
“I ALWAYS wanted to drive one of these. I vote yes”
“Can we really let a replica on the front cover?”
“I mean, if it is any good? Yes”

The Hariken get sheduled for a photoshoot

“Okay Okay enough talk about the movie. We have work to do. Look at this Shromet Mystic from @DoctorNarfy” 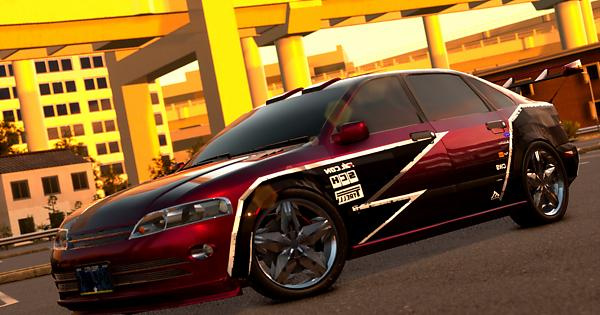 “I like that color. Really pops.”
“Ye and the livery is helping”
“It looks a bit like money ran out when he started to change the back”
“I still wanna see that paint in real life though”

The Shromet was sheduled for a photoshoot

“oh its one of the newer ones. fine”
“Hey thats neat.”
“Is it on the level of the other cars we seen?”
“Yeeeah it will be fine”
“The stickers are a bit there, just to be there isnt it”
“Lets give’em a call netherless”

The Tanaka was sheduled for a photoshoot

“This one is from @ACoolCrab with their Olsson” 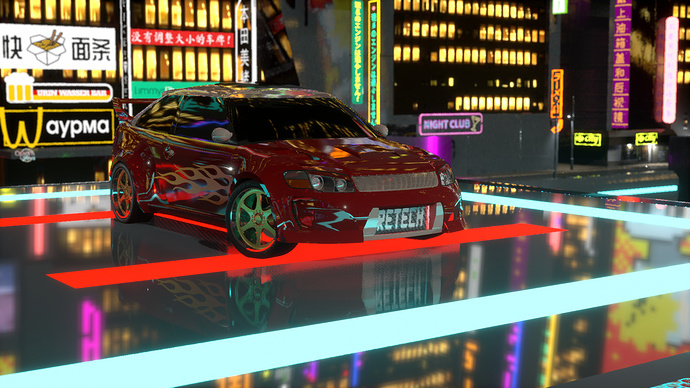 “Thats an Olsson? Kinda didnt see it at first without the grill haha”
“That bodykit is also not really giving me the kick. I almost thing the stock one would have been better”
“Those flames are also not adding to it”

The Olsson will not get a shoot.
(The best thing of this design are probally the headlights and hood. Anything else is removing more character from the design than adding to it)

“Here we have a Gujarat Altis from @BannedByAndroid” 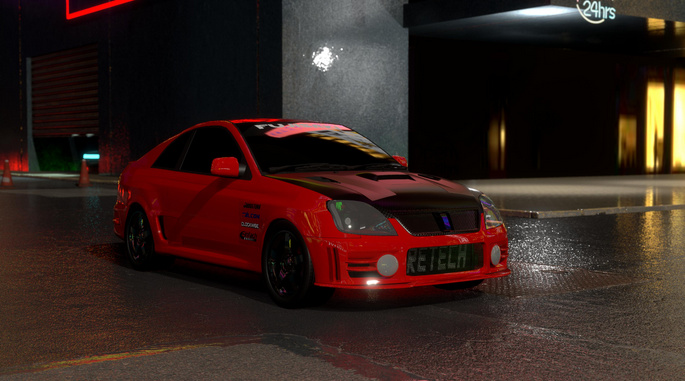 “Yeah looks nice”
“And?”
“And what. Thats all there is. Its kinda the same deal as the Baxo. Yeah its nice and everything. But thats where it stops”

The Altis will not be invited to a photoshoot.

(Same as the Baxo. A real nice and clean look. But in comparision to others too subtle)

“Time for a Astura by @Executive” 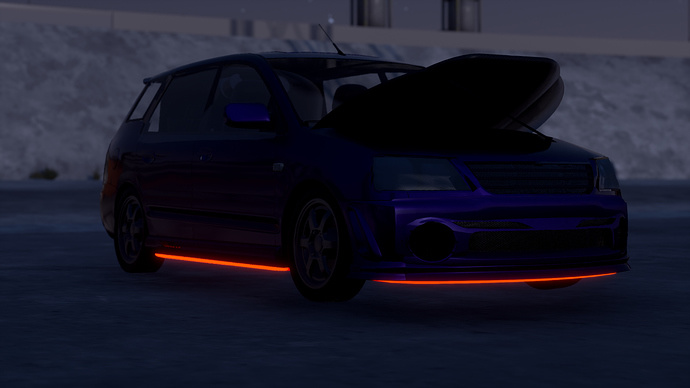 “Jeeeeeez that HIFI in that back. You can probally smash out windows with that.”
“We really need to take a look at that.”
“But what about the rest of the car? Isnt the bodykit and such a bit… simple?”
“Maybe. But i think our readers will love a HIFI Special with this”

The Astura was sheduled for a photoshoot.

“Mhhh. Reminds me more of a racecar for BRC or something”
“With neons?”
“I guess?”
“Not really what we are looking for”

The Wyst is not getting a photoshoot.

“We have a Daesan Idol from @Keikyun here”

“Looks like Xtreme Works was faster than us”
“Its still looks baller though”
"Yah. The color is mint. "
“And the kit this is running is also just great.”
“Not quite sure about the radioactive taillights and the big 290 hp sticker on the back. But we neeeed this”

The Daesan gets sheduled for a photoshoot. 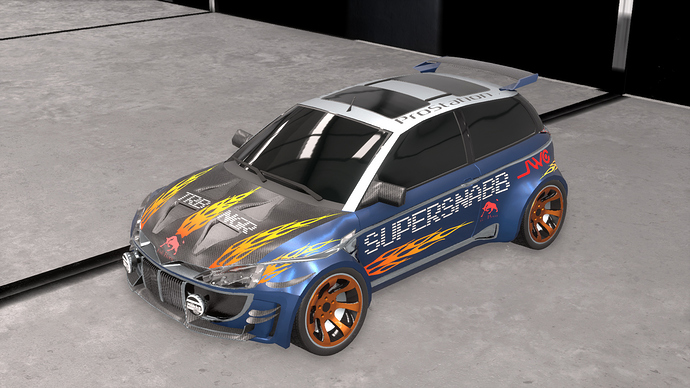 The Bangkok was not sheduled for a photoshop.

(A mixmatch of … everthing? There is no theme, nothing connects to anything. Everything is there because) 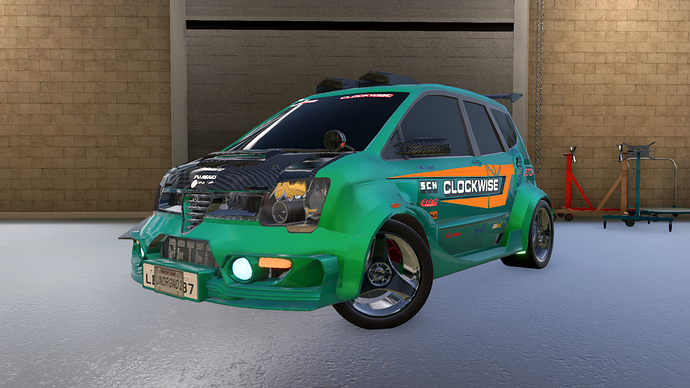 The Shimutshibu was not sheduled for a shoot.

“Next we have a letter from @Maxbombe and their… Citroen BX? Dafuq is that” 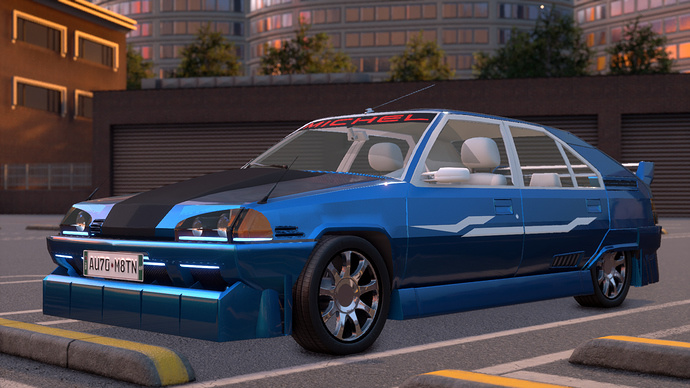 “Hahaha. I have no idea what it is but i wanna see that.”
“Looks like the french do some crazy shit over there, i am in”

The BX gets a photoshoot

“Next letter from @OME with a Jarvi?” 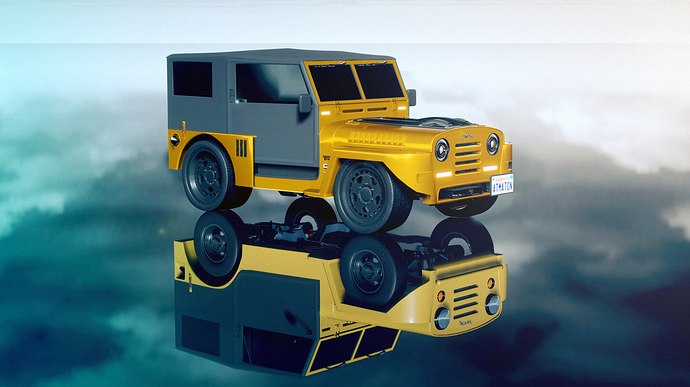 “What is that?”
“A softtop offroader with a V12”
“Okay and”
“Thats it”
“Forward that to Rev Limit Magazin or so. Not our market here”

The Jarvi will not get a photoshoot

“I guess i could do that. Here is a Caelus from @Reizei” 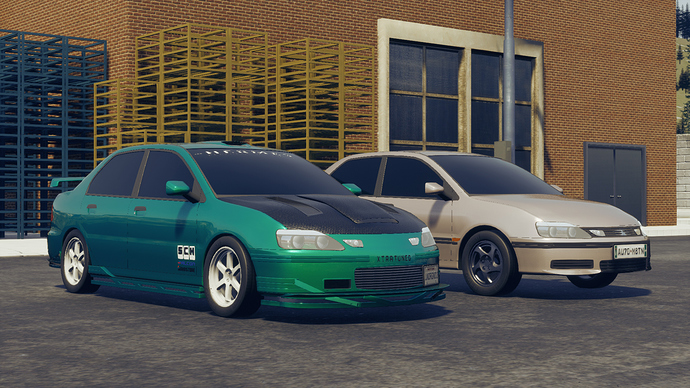 “Looks neat”
“Neat enough?”
"mhhhhHHHhhh. If i can point at the pic and go ‘It needs somethere there’ probally not. Its missing some other colors or livery or something "
“Also weird they did the grill delete, but kept the stock lights”
“Put it in the ‘Readers rides’ section”

The Caelus will not get a photoshoot

“Now we have a Alba Solaris from @TheLapTopX20” 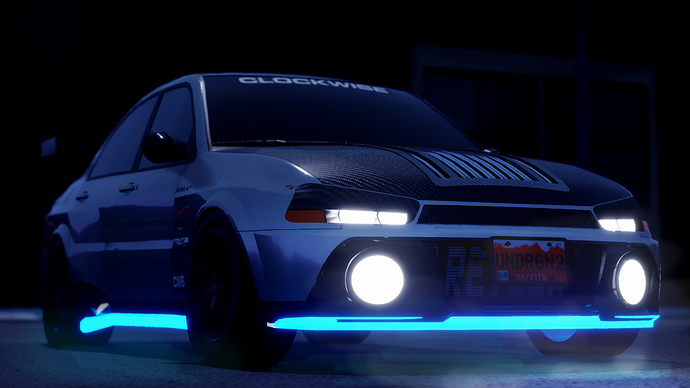 “Oh god it good suns in the bumper”
“It does look okay though”
“Yeah but okay is not enough here. That side and bonnet are a major no”

The Solaris will not get a photoshoot.

(Good ideas and a good start. But has some questionable design choises) 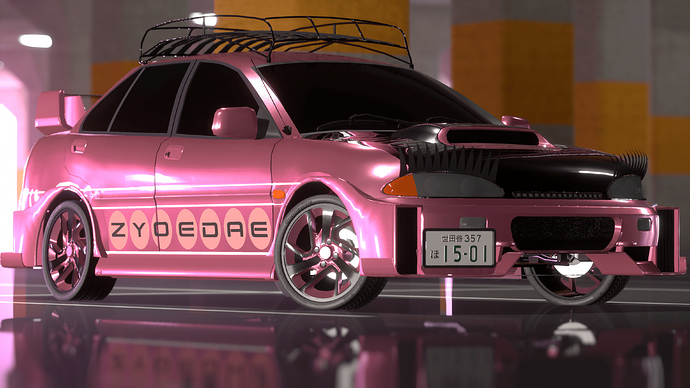 “Oh hey that quite co… are those eyelashes?”
“And a wood roofrack?”
“If you only look at the front bumper, side and rear, its quite good”
“Do i have to remind you that we are judging the whole car?”

The Atom will not be send to a photoshoot.
(Sometimes small thinks can destroy a complete design. Here the eyelashes and roofrack. Without them this could have been a competitor)

“Next letter. @Xepy and a Kuma AN. Hey i had one of those once.”
“Until you drove it into a dirch and rolled it”
“Ha Ha Gav very funny thank you” 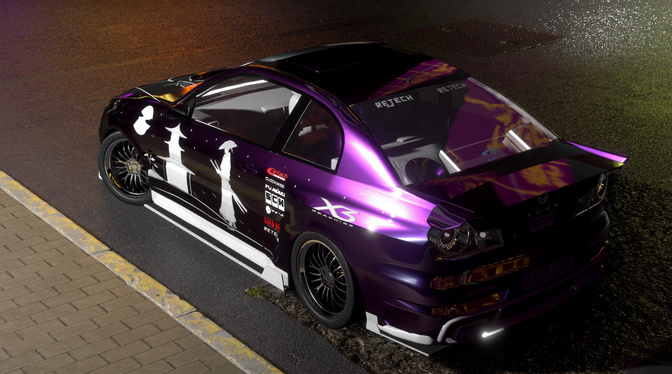 “Fuck. Yes”
“That two tone and livery are sooo awesome”
“And it also has some big speakers in there haha”
“I think we can close if we dont get that infront of our camara”

The Kuma gets a photoshoot.

“Okay weeee go a… a Innis Remingtion from @yangx2. I have to see this myself” 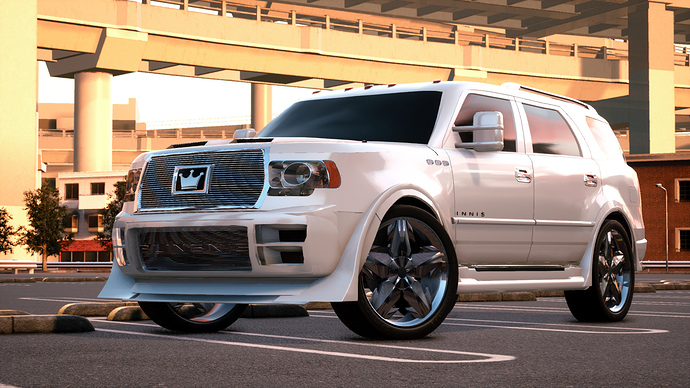 “Oh boi. Someone wants to be a Rapper”
“Haha it certainly is something diffrent”
“What is this? Gangster Style? HipHop Style?”
“I dont know, but i want to”

The Innis gets a photoshoot

“Next one is from @Dorifto_Dorito and a … ACA Checalier? Who is modding these barges?” 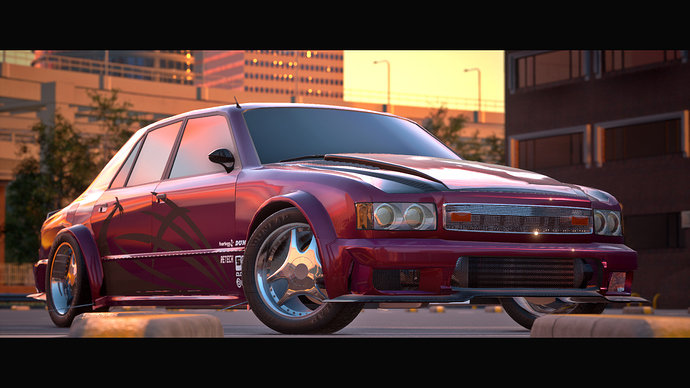 “Looks interresting”
“Could be something new”
“Its a real contender to the Innis there”
“Lets check it out then”
“Not quite sure to be honest. Its kinda comflicted between japanese tuning and street racing.”

The ACA will not receive a photoshoot.

(Another good idea. But the Innis did it frankly better.)

“Next one: A Sandatsu Maestro from @Halfa” 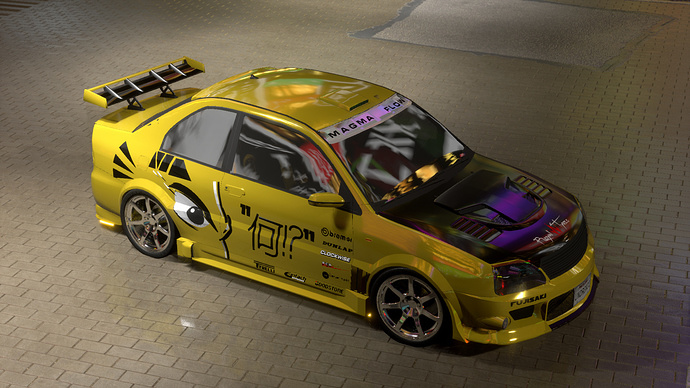 “uuuuuh That livery quite pops.”
“Yeah and the bodykit fits really nicely”
“I think we got something here. I’ll write it on the list”

Sandatsu is sheduled for a photoshoot. 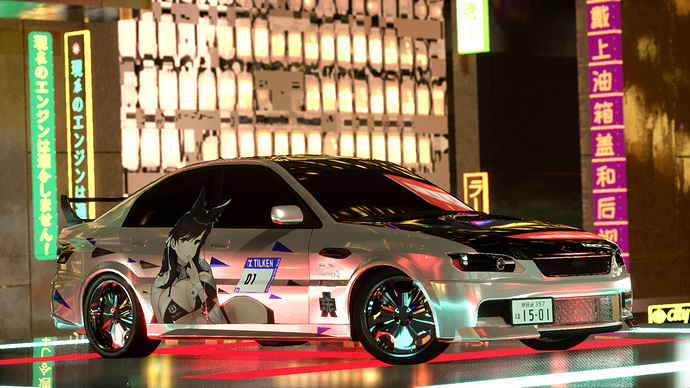 The Farox will get a photoshoot. 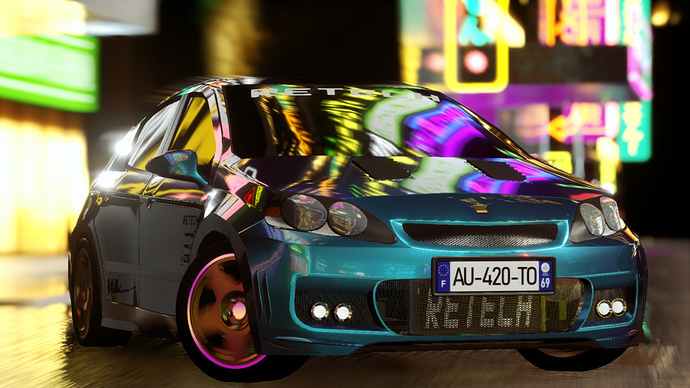 “Another quick shopping car. I like it”
“Might be a nice competitor to the z16”
“uuuuuh that article could almost write itself”

The MX160 will be sheduled for a photoshoot.

“Okay guys. It’s 2 am time for the last entry: @HighOctaneLove and their Bogliq Bazooka Sport” 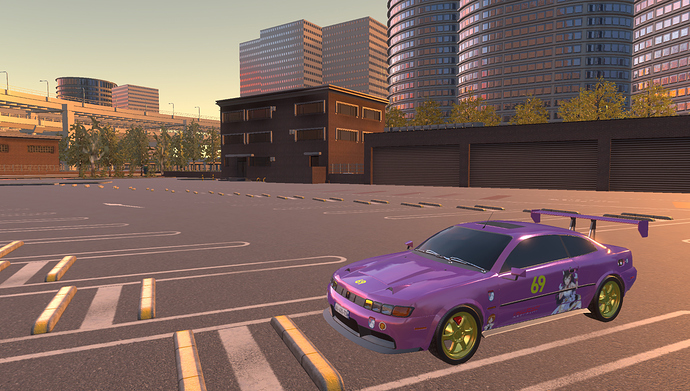 The Bogliq is not getting a photoshoot.
(There was an attempt, i think i need to say more. You know yourself whats up)

All of the finalists’ cars are worthy of a place in Need for Speed: Underground, Most Wanted, or Carbon - or Midnight Club 3: DUB Edition, for that matter - they pulled off the '00s tuner culture aesthetic better than the others. I can’t wait to see which car comes out on top!

haha well, mine’s binned as expected after all, its not not dated enough after all, well its hard to make a car not race focused after all, been doing it since NFSU Era, adding mods only because of requirements, not aesthetic, well then, congrats to the others, can’t wait to see who is at the top

Ugh. This round is exactly as horrible as I remember the 00s. I think that I have to wash my eyes with brake cleaner now…

i feel u mate

The Bogliq is not getting a photoshoot.

(There was an attempt, i think i need to say more. You know yourself whats up)

I made a tribute car for someone who doesn’t even exist yet… Yeah, I know what’s up, all right!!!

Guess I was already too old by then…