We have moved to a new thread right here:

Remake of the old thread here. Finally. It’s here, although 90% of you will dismiss the epilogue that I said on like…several posts ago. [image] Welcome to the 1st ever Street Showdown event!! NOTE: Everything’s unfinished, don’t post your entries first, wait until I said so. Tired of all those CSRs, CSCs or what not? Want some action that is not found on your typical serious professional race events? Feeling a little bit rouge? Played NFS or Midnight Club before? Well, here’s the race you wa…

UNKNOWN VOICE: Hah. Nobody will stop me. The race is just weeks away, and I see what will happen next.

* Not part of the whole event except The Grand Race.

Can aero be different in each tiers? For example you just got started and you got a new front bumper, side skirts and rear bumper. Then at tier 3, you can have a big wing, a splitter and a diffuser.

We only need to submit three tuned trims (one per tier) - the base version of each car submitted by a given user will not be counted.

So we’re building one base car that will cover 3 different tiers?

So we’re building one base car that will cover 3 different tiers?

For your question, is up to your choice. You can either make 3 different cars or a car with 3 different tunes.

Can aero be different in each tiers? For example you just got started and you got a new front bumper, side skirts and rear bumper. Then at tier 3, you can have a big wing, a splitter and a diffuser.

Just to clarify: Does the following mean that semi-active dampers and swaybars (including offroad) are prohibited, as are any spring types other than standard or progressive?

No active suspensions, dampers or swaybars.

As for this one:

Does this apply to the entire trim and variant, or each individual slider?

And what about undertrays? Which types can we use?

As for the quality sliders, it’s applied to the each individual slider unless stated. Undertrays are prohibited.

Might be a dumb question, so… sorry in advance. Will we be doing any of the driving? Or are you driving our creations for time?

Driving will be conducted in Automation by me. I also currently creating some tracks on Automation for that.

The SSC Race Info and Rankings are now up! Users can view what tracks will be used on the race and also get some info on the night time events!

And yes. Hold up my friends, I haven’t announced the start of entries yet. Stay tuned for more info.

Access requested. This sounds awesome. Hope I can find some free time this week.

UPDATE: Due to technical reasons the entries are closed for a while. Stay tuned.

Wait, you opened entries before the real serious questions from veteran hosts about your ruleset were even asked. I’ll start with these:

In short I just find the entire system of the progression of tier 1 through to 3 based on power alone to be vague and players are probably going to need a bit more guidance, given the games that have inspired this rule set.

Oh god. What I have done lol.

TBH I really want to start the event soon but yeah, mistakes do happen since this is really my first race competition ever started. (I know about the ECC but that’s binned for reasons)

@strop Thanks for the reminder, otherwise this competition may become a massive trainwreck lol. If you have any more questions or want to give me suggestions please reply to me. I’m welcome for any input. 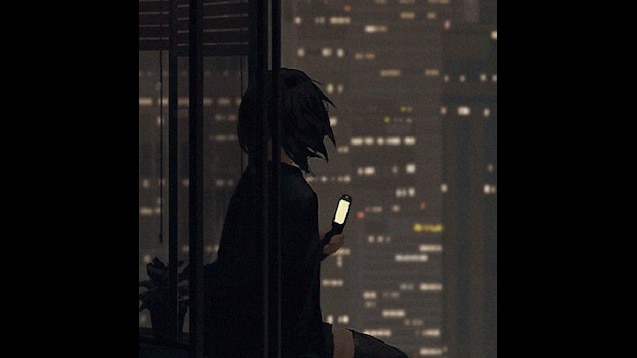 In an apartment looking out at downtown Sokai City. The room was silent besides the sounds of running water from a shower in the room. The water turns off and a young woman steps out to dry herself and slips on an thin outfit to sleep for the night. When suddenly her phone begins to ring.

She picks up the phone as the caller ID reads the name Walker. She smiles and answers.

“It’s been a while. I’m taking you’re calling because you have something exciting to tell me.” she replies.

“What makes you say that?” the voice on the line asks.

“Well you know me. I don’t like clubs and parties. The only thing that really excites me is being behind the wheel with a prize on the line. And you are the person that gives me the word about events. And trust me I’m bored since the season came to an end.” She tells him.

“Well a little birdie might of told me there was something, I was going to ask if you may be interested, but it seems I didn’t really have to ask.”

“When and where will it start?” She asks.

“I’m sure you already know the answer to that question. Don’t you now?” she says teasingly.

sigh “I know you never turn something like this down.”

She giggles
“Well, anything else?” she asks.

“Hmm… I’m taking you’re about to call quits for the night, I must ask, what are you wearing?”

“2 weeks…” she pauses. “Better get them ready until then.”

Drivetrain and engine swaps are only allowed on Tier 3.

I’m actually interested in making a challenge like this work because I think people would rather like to take part in something tuner whether you were into NFSU NFSU2 NFS Carbon NFSMW NFS Pro Street NFS Shift NFS Shift 2 NFS The Crew or… anyway. I also had a car that was very close to fitting to these rules except I dunno if I have the time to style, but anyway.

In general I feel the only way to make this really work as intended with the tier system is to actually impose some very specific limits on what parts can be used with what. It’ll be a bit of a hassle to write out, but formatted clearly, and each tier can be considered separate so it shouldn’t be that hard.

ANOTHER SMALL CHANGE IN RULES: Tier 1 lowest weight should be 800 kg, Tier 2 1200 kg and Tier 3 the same as Tier 2. This is imposed for not making a very light car to bend the rules.

I would not recommend this because that would really stuff up the people who want to tier 3 their supermini (I mean, early iterations of Gran Turismo were fairly liberal in allowing you to turbo the fuck out of some of the cars and only a few of them ended up stupid ridiculous).

So the other reason I’m interested in the ruleset of this challenge is because I’ve been trying to think of a way to classify cars on their performance potential, much like the performance rating of Forza etc. etc. but it’s really tough. A hybrid of power to weight ratio and power is to me a good place to start because at the lower tiers you won’t see any benefit of AWD drivetrains, for example.

Something that has to be considered is also tires, as they do make a world of difference in cornering-speed and overall grip. Wider tires (up to a point) is always better, so setting a maximum tirewidth is good but maybe even set given compounds for the different tiers (medium for tier 1, sports for tier 2 and slicks for tier 3 maybe) would help to get it somewhat more balanced.

And aero is very powerful, given the right application, so maybe restricting the amount of downforce/ tier would help to, and the amount of wings useable. Tier 1 get one wing to play with, Tier 2 gets 2 and tier 3 gets 3?

And another thing i’ve been thinking about is restricting turbos to a max bar setting for some groups of cars to get them competetive with NA engines, and same for cams, limit them to, lets say 70 max for “normal cars”, as a very small number of cars come with cams able to have a great deal of modification done to them. The same thing can be said about all internals in standard engines. Most of them don’t take all that well to tuning or high compression. But all this makes for a very limited set of modification. It’s probably possible to make a even group of cars with diverse engines and drivelines but it’ll probably come with a lot of limitations to them.