The "utility is a bit borked" thread

So I’ve finally spent time to sit down and have a look at what actually constitutes Utility in automation, and I’m trying to figure out why the delivery segment, and utility segment likes memes over actual cars/engines you’d expect from them.

For example, I made two identical vans with two different engines and gearboxes/brakes/wheels to compensate, and be close to equal. The results were surprising, and honestly really funny in how skewed they were.

After being distracted off of posting this topic several times, and probably forgetting other points, i’ll post this now for some critique of my critique.

Edit: Oh, if you have anything weird/wrong or that doesn’t make sense for utility, post it here. 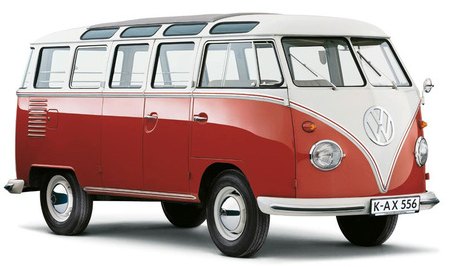 This was a sales success. When it was released it had 25 hp. Late models could have up to a whooping 52 hp…

Using an old example probably isn’t the greatest idea, but you get similar results with 2000 model fullsize vans with 50 HP too. I just did the 57 body because there are a lot of utility trucks/vans for that year.

Its not the US-Market everywhere in the world. Here in europe we have vans with engines ranging from 1.6L to 3L - both petrols and diesels. While the latter ones are not possible here, the petrols are. The previous gen Merc Sprinter boasts a 156hp 1.8L petrol, the Trafic II had a 115hp 2.0L petrol.
Power ultimatively does not matter in a van or truck, you want to have something fuel efficient and reliable that can have enough grunt on the wheels, and that can be done with a transmission.

Compare these vans/engines, and guess which one has the higher score.

Bad example. You go for a 1957 market in a 1957 body without showing the cars primary and secondary stats.
The 4L V8 has:

You may or may not already be aware of this, but towing has a math error, which gets it’s final value (whatever it may be) subtracted by the load capacity.

It makes sense? If you can load your car has a total hauling capacity of 5 Ton but a cargobay that fits 4 ton that ultimatively means you can only pull an additional 1 ton to it…

Load capacity appears to be strongly influenced by the size of the body of the vehicle, and less around the springs/suspension choices of the vehicle. For an extreme example, the dump truck mod with the .8L I3 engine can carry over 3k kg of cargo, while still having a basically non functional engine. That might work if the van/truck is stationary, but it’s not going to get the thing moving any time soon.

Which also makes sense? I cant see a smaller body having more load capacity. Mind you this is basically the cargo volume paired with engine and proper gearing.

It’s usually pretty difficult to tell where you should put the brakes on a utility vehicle, and tuning the suspension for one specifically seems to be just not worth doing, using stiff rear springs and dampers like the suspension preset suggests. The markets seem to always prefer the “Normal” preset, or a raised “sport” preset (camber tuned of course).

Is it? An utility car is more of a truck that can go also offroad (dont confuse with vans). High suspension, AWD and locking diffs help a lot. Driveability is one key factor in most builds, 110% drive and 85% comfort suspension is for most builds better than the 95% drive and 110% comfort setting.

Overall, I do agree with most of the points you make, but what concerned me specifically is that.

Here are the secondary stats as promised.

Utility definitely needs a pass of tweaking and rewriting, but I think it is nowhere near as broken as you make it out to be in the OP. Pyrlix is making several points which are in line with my thinking when I devised these mechanics in the first place. Power is not everything and not even the most important thing, especially not in the earlier days. Don’t forget tanks back in WWII had a power to weight ratio of about 10 kW / ton, which is half as much as your I3 based “meme” van has.

124hp back in those days would be insane for a vehicle like that and would not have sold well for the various reasons already given.

Indeed towing is in a pretty bad state at the moment. It certainly was a design decision and not a math error though with how cargo space affects it. That will need a rework. I put it in to make SUVs less shit,

because they don’t have cargo space but can tow a lot. It is that interplay between the different types of cars that makes this tricky, they do have varying degrees of cargo space and towing capacity, but want to end up at similar utility ratings. Hence the overlap in the calculation.

One thing that was not mentioned is that ladder mostly is not that useful in the game because its additional load capacity is not useful due to the lack of tires that can take enough load… those tend to be the limiting factor. So what you’d see is that ladder frames really start becoming useful if we had duallies.

Okay. Just took some time to sit down and mess with stuff more. Overall, everything looks pretty good. The only thing I wish there was a way to take account of is some sort of grade test. I made a modern van with a 72 HP V6 with 147Nm of torque, and designed it in a way that it can carry over 8000 kg of cargo (you really don’t see the effect of ladder until you start using very large tires and very stiff springs in terms of cargo load). Testing it in Beam, using the grade test for cars, the van stalls on the 33 degree hill, which should be expected carrying 4 2 ton trailers in first.

I do feel that something along those lines might be useful to factor in though, especially for somewhere like Hetvesia.

That already is a factor

we do have a “speed while pulling something uphill” test. If it gets factored in enough is a different question.