With the MR2 project still a long way to completion (if the rust issues are even fixable), I got around to looking for a working car for daily use… and found a solid 1999 Outback from the West coast, meaning it avoided all the rust. At 351,500 km, it’s still going strong and in tip-top mechanical shape. It’s got some dings and scratches and the odd gremlin (like a mirror that can only be adjusted up and down), but those things are easily fixable.

There’s a couple of interesting things about this car. The first is that it’s originally from California but got imported into Canada sometime before 2007-2008. Why then specifically? That’s the other interesting part. The previous owner told me that according to the woman she got it from, this car was used in the movie “The X-Files: I Want to Believe” for interior shots of a car they ultimately crashed in a scene. No idea if that’s true or not, but the fact that it’s a white car that got repainted into the factory green and gold Subaru colour scheme just like the one in the movie seems to add some truth to it.

Anyways, a couple of quick glamour shots (the best angles were also the two with the worst scratches). 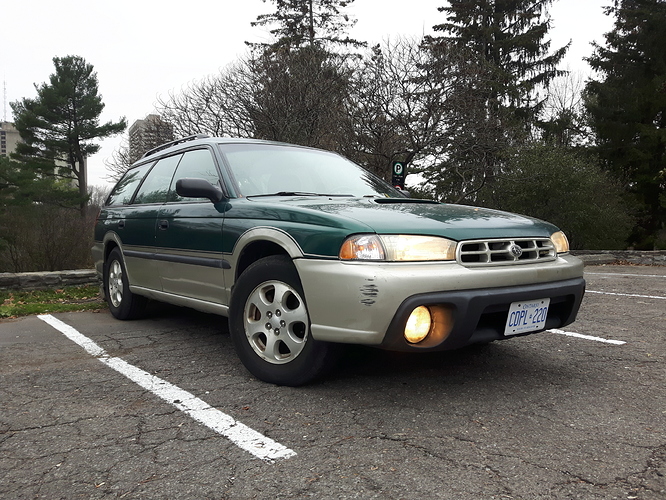 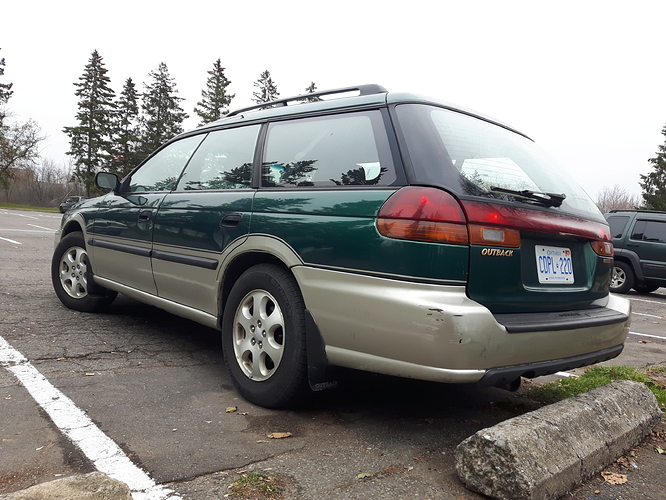 Just be sure this one doesn’t meet the same fate. These were (and still are) solid looking cars that meet a tragic end to road salt induced corrosion. And those scratches aren’t bad at all. Not even bad enough to be considered battle scars. You could probably just touch it up and have it looking factory fresh.

I have a bit of sympathy for the Legacy since sitting in one years ago. Then my interest in cars increased it when I understood what boxer and AWD really mean. What’s powering it?

I’m guessing it has the EJ22 and a 4 speed slushie (although a 5 speed standard was, well…standard)

Don’t worry, I’m getting it rustproofed early tomorrow morning. Rustproofing and winter tires are two of the most important ways to prep for winter.

Out of curiosity, about how much does that cost?

$1500 CAD, including an almost new set of winter tires on rims. Absolute bargain for what it is, especially with the lack of rust.

The car itself, plus the tires and rustproofing? That’s really good
Edit: I meant the rustproofing specifically. Probably shoulda clarified that

Oh, the rustproofing will set me back another $120 or so.

Minor update, the Subie’s now rustproofed and looking good in her winter shoes (and featuring the tarp covered MR2 in the back).

Today I took the Outback on its first “real” trip, taking a few hundred km on highways, dirt roads, bumpy side roads, etc. Everything went great, it’s really a solid car and handled it all with ease.

Photo from the ski resort. I seem to have been a bit late, as they closed in 1992: 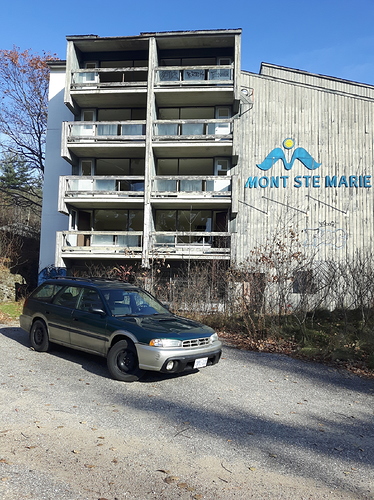 Go to Outback Steak House, and park out back in your Outback.

Well, I got into a little bit of a situation this morning:

I’m totally fine and in the end it wasn’t nearly as bad as it could have been. It appears that I’ll need a couple of new doors and a front fender… 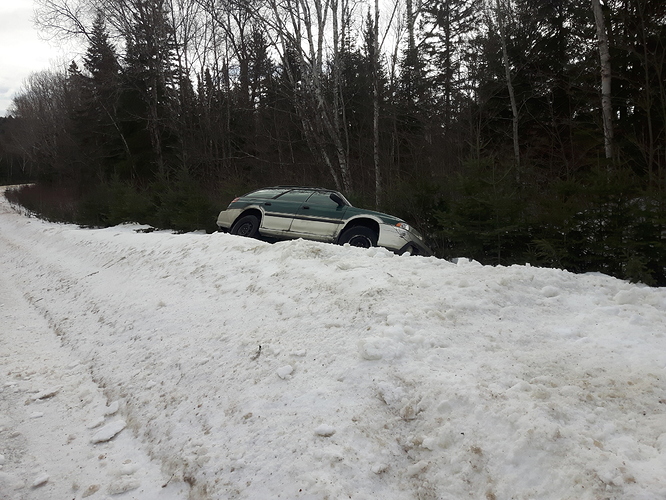 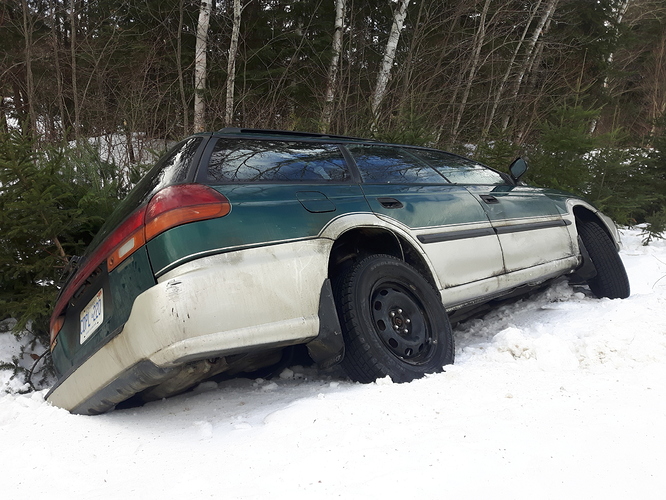 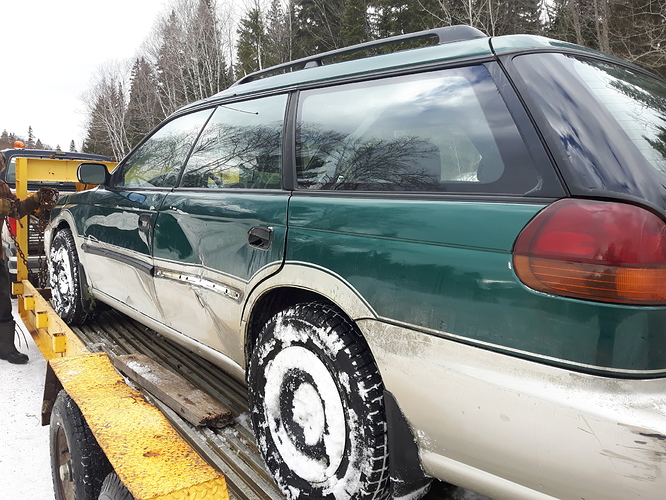 Yow! Glad you weren’t hurt, and hope you get it all fixed up soon.

I probably won’t see it for a couple months as that happened out of town. My dad loaned me the old Sienna so I could make it back to the city while the car gets looked at by a mechanic to make sure everything’s fine. If it is, then I’ll start looking for replacement panels.

Have to say, just watching you driving that fast on ice was making me feel like I needed to slow down. lol

Like the old saying goes - if you can’t be a good example, then at least be a horrible lesson!

Kudos for putting the video up for everyone to watch.

I should also add - I have spent my fair share of time in ditches and medians, though I never rolled my car.

I was going about 70 km/h, so under the posted limit and what felt reasonable for the conditions… until the bumps in the ice going down a hill caused that.

And now you definitely qualify for the Gambler 500 with the body damage!

Damn! That was crazy! Glad you’re alright, though!