The 2018 TSR Raider
This is an SUV made by TSR. It is supposed to be a premium/luxury SUV that can be used for a family (only with the family trim). Here are the prices: 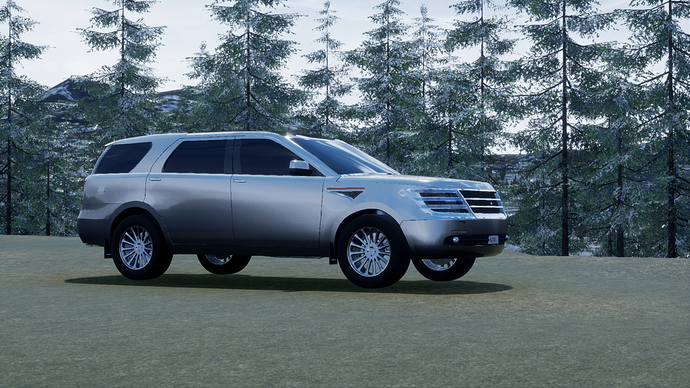 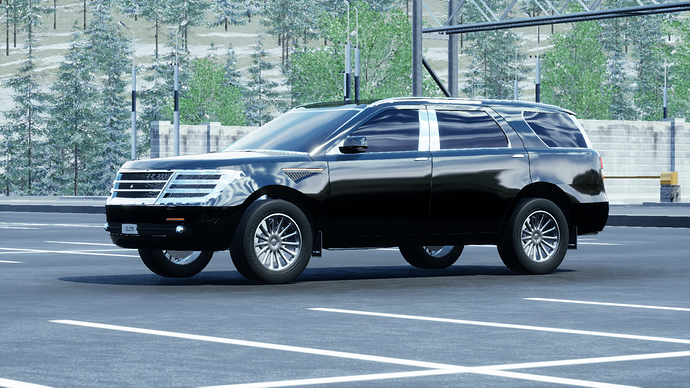 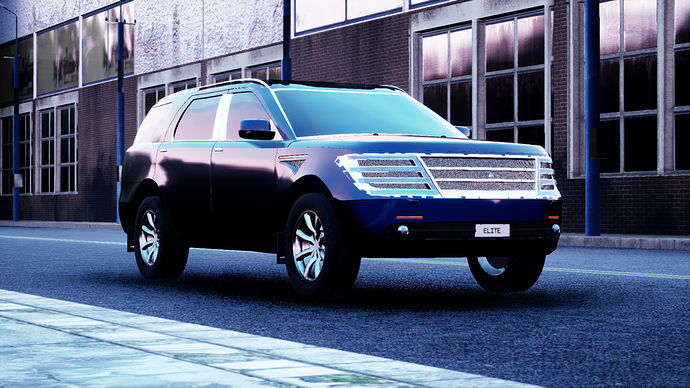 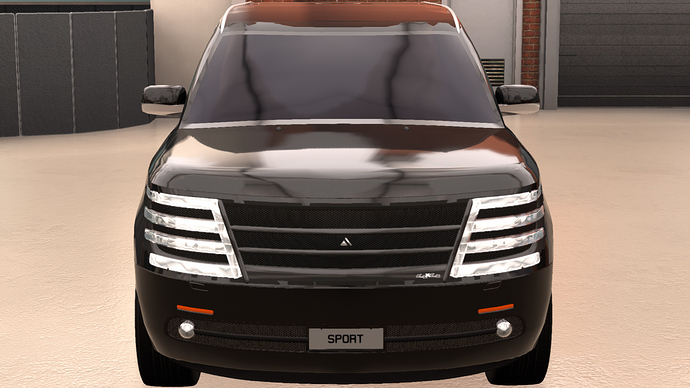 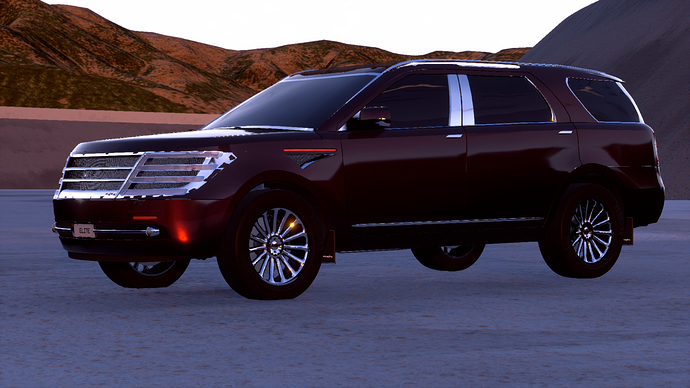 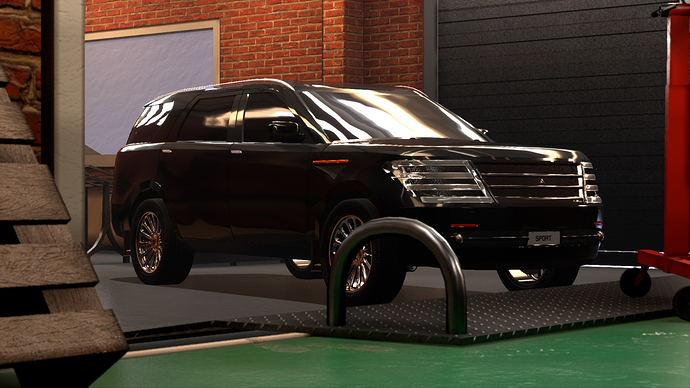 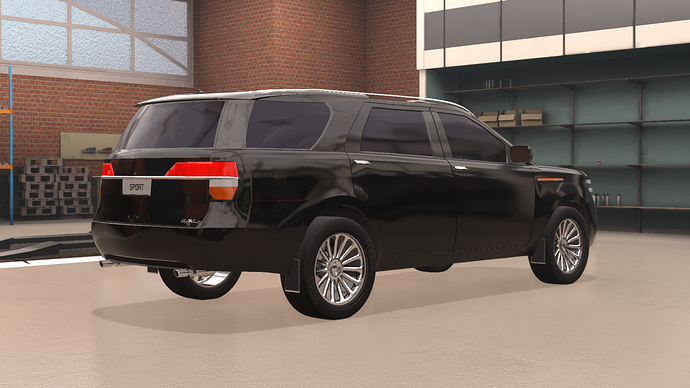 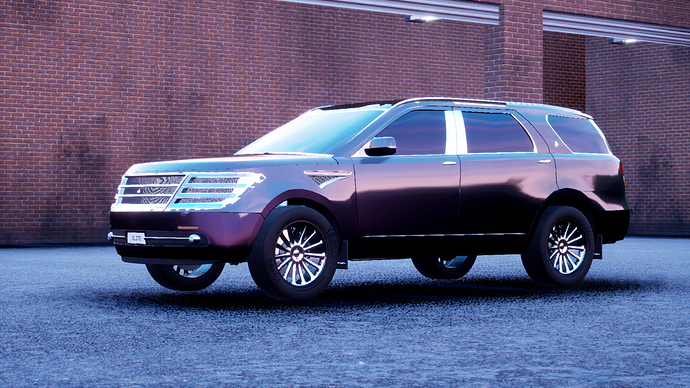 The Raider is a premium SUV is bursting with presence… and power. But I still want more detailed specs on the Raider line. I want to find out how much power and torque both engines develop, along with the full set of performance figures for each trim.

Edit: Thank you for providing me with the details on the Raider range. But it should not have single-digit fuel economy, even though it’s a hulking full-size premium SUV.

More info of the TSR Raider

TSR TO FIX THE STYLING OF THE FALLWING

The history of the TSR Ultra

1966
1966, the Lamborghini Miura is born, Keika has their Keika I and TSR needs a mid-engine supercar to compete with. So, they design the 1966 TSR Ultra. Made from a space-frame chassis and a fibreglass body, the TSR Ultra is very light.

Soon after that, there is the 1966 Great Archanian Trek. TSR decides to compete. They thought they could use the 1965 Fallwing. But it’s too long and might get stuck on big rocks. So, TSR decided to use the Ultra. But not just any Ultra. They have to borrow a chassis of another truck and retrofitted the Ultra body onto it. The result, a 4x4 off-road monster with the same 3.2 litre all-aluminium V8 as the base model Ultra. Apparently by popular demand, TSR decided that they sell the Rally Safari Edition. Only 20 examples were only made.

1995
At 1995, when they were tuning Honda NSXs and TSR Itakaras and won Le Mans, TSR and NR5 decided that they want to have their own NSX. So, they built one from the ground-up. Molding the NSX body by fibre-glass first and modify the looks, panels made of carbon fibre and NR5’s own bespoke chassis, are made of corrosion-resistant steel. Then, they design their own engine instead of using the NSX’s engine. It was an all-aluminium V8 with the code name B8-40A (for the Touring) and B8-40B (for the NR5) and just like that, the car is done. The NR5 N1 version is just a more track-focused version of the NR5 with stripped-down interior and higher downforce. They stopped production at the year 2000 with 1030 units made since 1995. 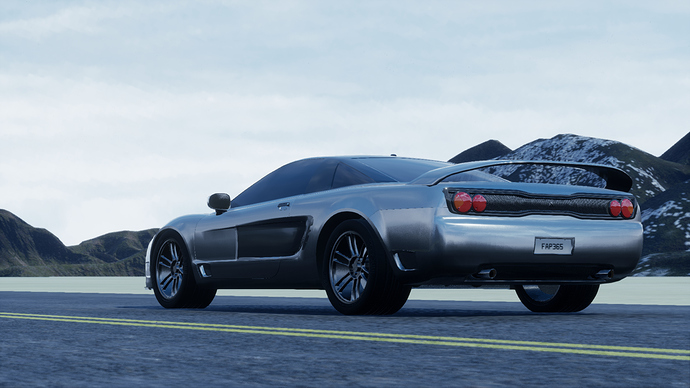 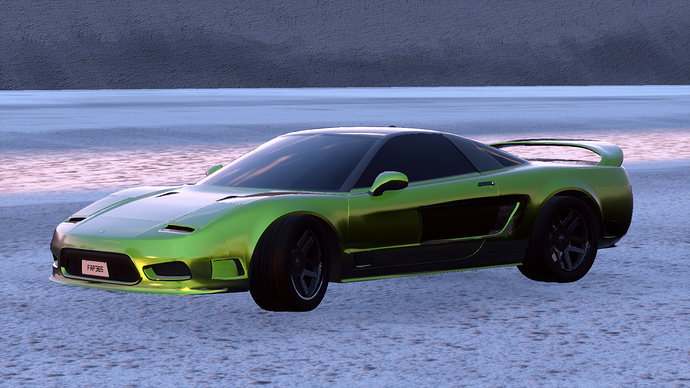 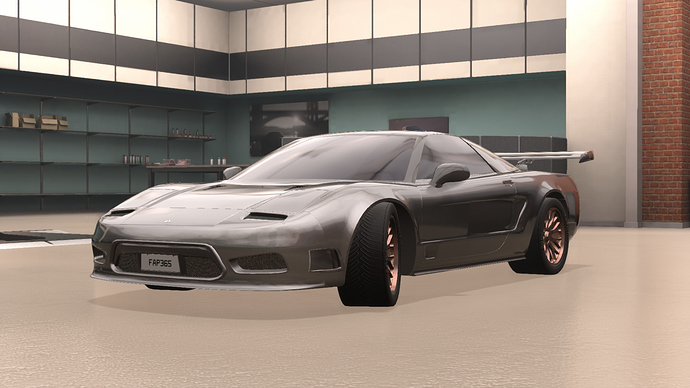 New Hope
Since the death of the Ultra at 2000, there were rumors that TSR is going to make a hypercar. That hypercar might be the Ultra. So far, only a picture is taken of that car. There are only little information about this car. But its mission is to beat the world record of the highest top speed of any street-legal production car.

The new TSR Urban Coupe is a Sports Kei Car that is available in Japan for the 2018 model year and the world (except the US) for the 2019 model year. The JDM model, of course within the Kei Car regulation, has a 660cc Inline 3 engine producing 63HP (applies for all JDM trim).

Specs (only for Japanese models):

The new 2018 TSR Urban Coupe The new TSR Urban Coupe is a Sports Kei Car that is available in Japan for the 2018 model year and the world (except the US) for the 2019 model year. The JDM model, of course within the Kei Car regulation, has a 660cc Inline 3 engine producing 63HP (applies for all JDM trim) 全新的TSR Urban Coupe是一款运动型汽车，在2018年车型的日本和2019车型的全球（除美国之外）都有售。日本国内市场模式，当然在Kei Car法规中，拥有一台660cc Inline 3发动机，产生63HP（适用于所有日本国内市场装饰） [HighresScreenshot00151] -RS Trim shown in Gloss Black Spec…

What do you think?

The history of the TSR Kansai

1955 (1st generation)
TSR needed a GT car. They created the Kansai. It sold really well and enable them to get big profit with big mark-ups. At 1956, they started importing the Kansai to the US to see if it sells well in the US. With import taxes and other stuff, the car became expensive although still sellable. The car was ahead of it’s time using all wishbone suspension (front and rear) and a 4.8 litre DOHC (Dual Overhead Cam) V8. At 1957, TSR makes the SL Fallwing trim which is exclusively for the US.

1960 (2nd generation)
The 2nd generation is also very popular. Although the front is weird, the rear makes up for it. It now utilizes a DOHC I6 instead of a V8. As expected, it sold well in the US and other countries.

2000 (3rd generation)
TSR haven’t made the Kansai for 40 years since the first time the 2nd generation was launched. This one, the purist says is the worst and weirdest one. Normally, the older generations has RWD only. Well, this generation is FWD available with AWD for the 1st time. The base trim is an inline-4 with a V6 available in higher trim levels. The car’s design is very uninspiring. Some say the worst looking from all Kansai’s. Maybe because the design team only concentrated at the front rather than the back. Although quite competitive, this generation don’t sell well. At least for the first time, it came with an NR5 trim at 2002. Unfortunately, this generation is not a true GT car…

2010 (4th generation)
TSR needs something to rival the Nissan GTR. It’s very fast and advanced. Well, they came out with the 4th generation Kansai. This time, no inline-4 and AWD comes as standard for the first time. Sales were improving. In 2017, the Enthusiast Edition was introduced featuring a Manual. Only for the NR5, it made sales increased by 5% only. Less than 200 Enthusiast Edition Kansai’s were made.

20XX (5th generation)
The year is unknown but the 5th generation is coming. Featuring a more aggresive design language and a different and more advanced V6. So far, only teasers were shown. As always, AWD as standard.

If you want to see the 1st, 2nd and 3rd generation Kansai, please contact (PM) us for a test drive. Unfortunately, the 4th generation is unavailable.

Ever got scammed for getting low-quality parts for your TSR? Well, not anymore. Go to any TSR certified dealership. Might be pricey, but it will be worth it. You will have a long lasting car, even longer lasting than going to your cheaply serviced car. Experts show that bumpers from TSR Certified OEM Parts are 35%s stronger than cheaper parts. We will service anything from your normal econobox, family wagon, antique cars, the latest and greatest TSR’s and even the craziest modified TSR’s you got out there and we’ll service, fix and even restore your TSR.

You can bring your Keika too. We don’t mind. That’s right, we can also fix your Keika! We got some Keika specialist too (only in some service centers)!

So service your car in the right place! Remember, quality is always better than quantity.

Haha! I love this, awesome!

The Schedules for the Reveals of TSR Super Cars

Soon to be revealed cars are listed in the OP.

At 1964, one of the sportiest cars in the 60s were born. With the Kansai having a facelift for the 1964 model year, TSR CEO, Tomoyaki Takashiro build a sportier version of their 2nd generation Kansai, the GTS. It has no compromises except for the luxurious interior. Today, the GTS is the most sought after Kansai in the history. It is able to do 0.97g’s on the skidpad making it one of the sportiest cars in the 60s. For people, it’s worth millions. For TSR, it’s priceless since all their passion and soul injected to this beautiful car.

The original advertisement is here!

For a test drive for this car, please contact (PM) us.

A real beauty, no question about it!
I’m a sucker for 60s sports cars so a bit of a shame that there’s not much room in my company lore for those.

Early 70s
In the early 70s, Kansai’s are selling relatively well although desirability is lower than in the 60s. At that time, TSR wanted to have more diversity to their line-up. They created the Kansai Roadster. It’s just basically the convertible version of the Kansai’s. Still, no one buys those… But, the luxor trim is still suprisingly desirable even in the roadster form.

Mid 70s
At 1975, TSR introduced the Kansai GTS Phase 2 to the world. At the same time as the Porsche 911 Turbo, the Kansai GTS Phase 2 also has a turbo. The changes for the phase 2 are, obviously a turbo, lowered suspension, a wing, wider front tires, slightly wider front fenders, new front and rear bumper, a luxury 8 track radio, advanced 70s safety, 2 pistons front brake calipers and new gas mono-tube dampers which adds up to a heavier but more advanced, faster, sportier and a more reliable (what a surprise!) Kansai. The Roadster variant was also available at that time. The GTS Kansai Phase 2 was TSR’s way to celebrate their 15th anniversary since their 1st model year of the 2nd generation Kansai, 1960 and their 20th anniversary since the 1st generation Kansai.

Early 80s
1980 was the last model year for the 2nd generation Kansai as these were not selling well in the 70s. Most of those were caused by the 70s fuel crisis and little desirability. So, the the last thing TSR needed to do was to release a limited edition Kansai dubbed the ‘limited’. Buyers are free to choose which colours they want with an option of a different colour on their hood which also affects the colour of the rear bumper partially, front bumper, fuel cap, and more. It basically has some of the phase 2 GTS parts shared except the engine. The engine was still the same one from the facelifted Luxor and GTS, the LE6-32BA.

The last car to roll out of the production line was in 25 September 1980. As for the sports car range, the Ultra will fill that missing gap left from the Kansai. The Kansai will have its 3rd generation in the early 2000s. Until then, the Kansai is dead…

If you want to test drive these cars, please PM us

Curious about the gen 1 Kazuma, which year did the production start?

Production starts at 2004. Any other questions? I would be happy to answer them.

Not really, was looking for a similar car for a review but it has to be a 1999 model…

Once a partnership with Keika…

TSR co-founder, Ryo Eishi, was a best friend of Daniel Chase. Well, they had a partnership. The purpose is for cost-cutting and to increase reliability. After that, they created another Ultra. Not just any Ultra, the GTX. The car was eqquiped with revised suspension, a more powerful engine, a double-layered wing, a new body-kit and Watanabe RS rims. This version is only available for the US as the Ultra will leave the US market in January 1974. Even then, this car is still kinda well-known.

If you want to take a test-drive of this car, please PM us…

Keika is up for sale Generations [LORE, UE4] [FINAL RESULTS]
next page →