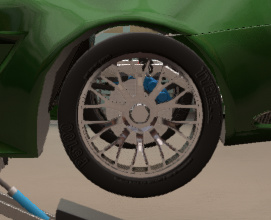 The rear wheel is not centered correctly in its well (10sCoupe02Large) 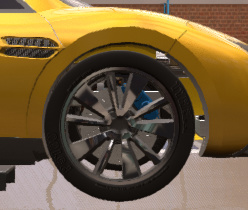 EDIT: Found another one, front wheels this time (10sSupercar01Small) 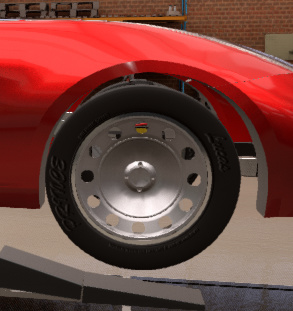 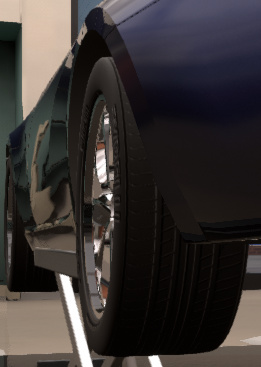 EDIT 3: Max rear wheel offset is also too low, notice how much it’s recessed inside the well compared to the front wheels (10Roadster_large-FB again) 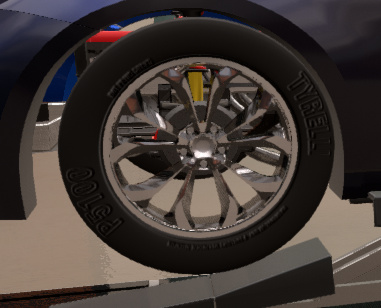 EDIT 4: Even the small variant (10Roadster_FB) has issues with front wheel alignment…

Couple of bugs with the 1955 SUV Body. The LWB SUV variant has only a single seat row in the front, where it should probably be a three-row SUV. Also when swapping from a fully designed LWB SUV to a SWB SUV, this happens, with the rear acting the same way:

Also been struggling with an issue with fixtures on many bodies. Often clicking on a fixture and attempting to translate it right or left with the arrow keys will make it, oddly, flip the fixture left to right. Very irritating when trying to subtly adjust the fixture.

2009 Sedan with 2.6m wheelbase rear bumper spikes when you stretch it.

Here’s an issue that’s model related but not really a body issue, so apologies if this isn’t the right thread. If you combine a V16 engine with Mechanical Fuel Injection with a Single Throttle Body, the engine model has no air intake on the manifold.

This also glitches out turbos if you add them, as the charge pipe coming off the intercooler punches through the engine block and ends up behind the entire engine.

Still having issues with this body. The asymmetry is still there.

Hi, I hope I’m posting this to the right thread. I was exporting the 2009 large saloon variant (the model based on the BMW 7 Series of the period), on the export screen the body became warped for some reason

It looks like cars made in older versions of the game break upon opening.

Deformed cars like that are not a bug if they are coming from an old game version. Many bodies have been fixed in regard to having more consistent morphs. Car bodies that were fixed but were build before they got the fix will have morphs outside their possible range, which causes the issues you are seeing. Touch the morphs that are broken and the game should set them back to within the allowed range.

Some cars seems to loose their morphs during saving and opening them again between sessions, especially when widening cars (as seen here)

has something weird going on. When the remove bonnet option is hovered over, it stays half-opaque like this:

It can even be selected as a material for other fixtures!

The weirdest thing about this is that this only works with the default red paint, when the bonnet is painted with any other colour or material it reverts back to normal and won’t do it again.

Reloading the car also reverts the bonnet back to it’s normal colour but if it’s not painted, it will do the same thing again.

And sadly you can’t export the car to beam like this, it reverts back to red again.

The above happens with any and all bodies; not that just one. At least I seem to stumble upon it every time I build a car before painting it. (The default color is indeed the best one for placing fixtures. I miss having the defalt color paint-swatch like we did before)

That bug’s been around as long as I remember UE4 Automation being a thing… it would be kind of funny if no one has ever reported it before just now. I mean no sarcasm.

Oh, I thought that I had found this amazing and epic and funi bug… hey, the more you know right?

image.jpg1920x1080 642 KB
This is a demonstration of the morph mismatch on the 05 Sedan body. The trim follows the curve of where the body should be.

Sorry to keep bringing it up but I’m unsure if the fixed file has been misplaced or not put into the game as of yet. Since it is one of the few mid-2000’s sedan bodies I use it a fair bit.

I am pleased to report that the S15 body is now fixed (correct cabin size and cargo volume), and is also available as a hardtop convertible as of the latest update:

Also, the larger version of it has finally been ported over from Kee, and it too comes as a fixed-head coupe or hardtop convertible.

In addition, the unlock year for the Crown Vic Body has finally reverted to 1987 (as was the case in Kee), and a smaller version of it (which I’ve been waiting for since the debut of the UE4 version) has finally been introduced; both come in sedan and wagon body styles, for good measure. And there’s even a body based on the Alfa 155 if I’m not mistaken; this one wasn’t in Kee, so it’s a welcome addition to the growing list.

Some of the bodies which started out as mods are now vanilla, but have had their unlock years pushed back. For example, the A6 body is now available from 2007 onwards; previously it unlocked in 2010. The smaller version of it (with a 2.8m wheelbase) seems to have gone missing, though, and I want it back as soon as possible.

A more pressing concern is that the game seems to crash every time I try to put a fixture on a car. Any suggestions on how this can be fixed?

Finally, the engineering time and production unit amounts for any trim or engine seem to have increased significantly compared to the previous build. What exactly is causing this?

I tested some of the new fixtures in the LCV3 Open Beta and exported to Beam and here’s what I found: Turn signals and some fixtures don’t work right even if materials are modified to some new fixtures. Even when modified, the border of the lights flash in like a bluish white.
For example: turn signals on the BMW lights don’t work at all even if they’re coloured to work as turn signals.

A more pressing concern is that the game seems to crash every time I try to put a fixture on a car. Any suggestions on how this can be fixed?

In the launcher there is a new button that says clear cache. Try that to see if it helps

Finally, the engineering time and production unit amounts for any trim or engine seem to have increased significantly compared to the previous build. What exactly is causing this?

Rebalance. It should take 3-5 years to engineer a car. The balance is about in the ballpark for campaign play.