Morph on the wagon works fine, but the ute/pickup is prehaps a little, enthusiastic. You can move the rear morphs not only forwards and back, but vertically or off center-line. Fun for dumb aero in beamNGdrive, likely not as intended for a tycoon game.

Normals or whatever the bug is appears to be bugged here.

Issue - When adding a diffuser, with a plane surface, then the surface isn’t symmetrical. It’s fine higher up but low down, where you’d expect a diffuser to live, it’s wonky. It’s the same with the 2.3m version too.

I was playing around with the “Euro_50s_xxx” and found what I thought was strange. Don’ tknow if this has been brought up before, but, morphing fenders/flares adds a lot of weight relative to body length morphs. I checked a different body, got 10kg from lengthening, 30 from the flares.

Just had this issue with the fiesta 3dr body, usually I go to beam if I want to crash them

I’ve been informed that despite previous discussion about the SWB mclaren 03 body nobody actually reported the issue, which was a miss on my part when I grumbled that we’d known about the problem for over a year

The issue is documented in more detail in this post:

Announcement: Troubleshooting and Things Okay so this thing having been floating around for some time, I’ve noticed a few things that I should really make clear. These bodies are 100% not allowed for obvious reasons that there is no way in hell I’m including them in a “road legal hypercar mod pack” for Beam. [image] [image] (these two are NASCAR bodies. Bodies with 0 doors will not qualify). [image] [image] [image] There are other bodies I haven’t listed here that also scream out “not a…

I guess I never formally reported it before because I wasn’t sure exactly where the body lay. Now I do: the mesh itself is not generated centered in Automation which is why fixtures on one side do not stamp properly on the left. The car is completely functional in Beam, it just looks lopsided. 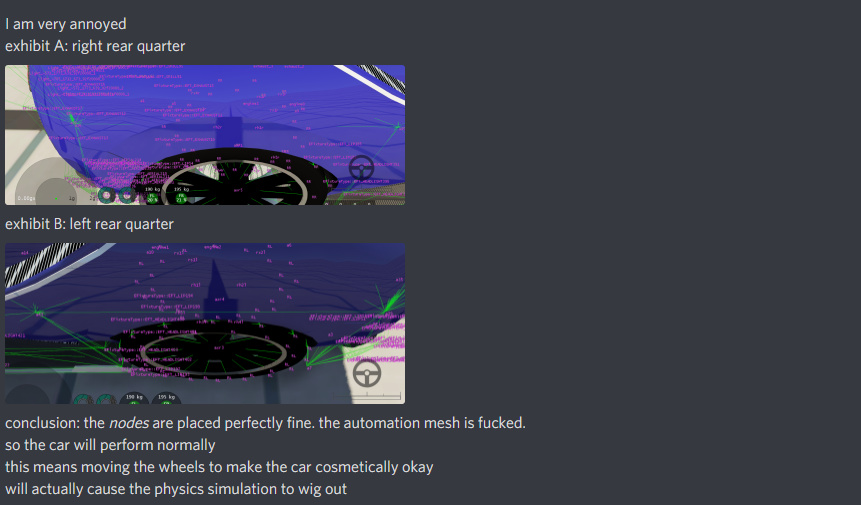 AGB actually discusses it about 4 months ago up this thread.

Thanks to @Centurion_23 and his amazing search skills I guess

at least i hope the above provides some further insight

Stable version, but one of these isn’t centered, don’t know which

This was the stock design, no nodes adjusted. All of the nodes seem to do their work without breaking anything else though. Although i cant use the nodes to make the car “normal” again

Just checked all of the other models, its the same thing.

The 3-door hatch variant of the '71 Fiesta body still has no morph limits or constraints:

The new 78Comp body series and the 78Plus series all share the same issue. 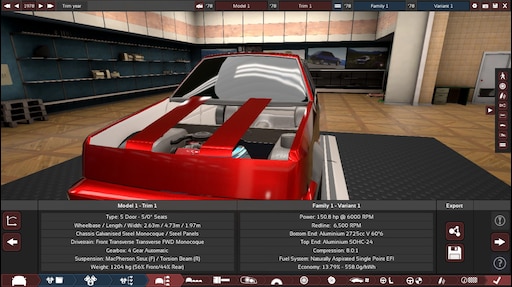 Every single car does this, where they have two strips of material which is always present with the bonnet off. These strips also can’t be changed in terms of color. Also, the van variants are classified as a hatchback.

1955 McMaffick_Saloon is missing the Sedan. It shows up when you select it as a model, but when you try to select it’s trim, it doesn’t do anything. The Coupe variant works though.

95_Mid_Truck_Cargo_BP is weird. This trim specifically has a very weird series of issues. The weight balance is insanely rear biased for the car, and the suspension ride height is measured in meters, instead of mm.

Most of my old cars are broken now; I can’t change them from front longitudinal layouts to front transverse without deleting all but one variant. It seems strange to me that a body that once fit a 3200cc V6 can now take a 1600cc Box-4 only with complaint.