I really appreciate the effort you put into bodies, I think most of us do, but I think you’ve got some more underlying problems with the lack of understanding of car design (at the very least with the 80s-10s stuff) that lead to a lot of issues with proportions and just general design mistakes, which if at least addressed could benefit the future works a lot.

What I frequently notice is that you keep guessing how the variants should look like, seemingly not consulting with the real-life equivalents for some of them (sometimes there’s literally that exact variant existing) and seeing how real manufacturers approach certain design features. And that results in flat tall rears, flattened curves and rear quarter windows, and many other mistakes in the design of a body. I don’t know if it’s an attempt to make them more generic, but frankly without looking at real-life (or sometimes not following it) you’re making them more unrealistic rather than more generic. And in case of the Focus, and a lot of other bodies, they’re already pretty generic themselves, I don’t see how they can be generified more without losing realism.

I can’t list all the issues with all your bodies here, most of them have been probably addressed with the focus, but I have one example of what I’ve said:

Here’s the AE86 body, sedan variant, and a highly similar Corolla E80. As you can notice the real-life equivalent doesn’t have a rear quarter window going behind the door, it’s just not a thing designers did on this style of cars. The same mistake is present on the CRX body’s sedan variant. And that’s what I’m talking about, not consulting with real life makes you make up incorrect design features.

Well, that’s all I wanted to say. I wish you all the luck to get better at these aspects in the future works! I know you can do better! I just hope there will be more quality checks and feedback (maybe even from the community) on early stages, so it doesn’t devolve into too late in the future, for the sake of quality vanilla content. Especially on the shapes and variants, because you’re doing a lot of work and it’s easy to miss important stuff early on, that will affect everything after.

To add to the focus body discussion, I think I found another bug with the engine bay sizes in these models: the bigger an engine is, the more likely it is to fit. Applies to transverse layout.
To illustrate, some pictures:

It only matters in the 2.5m variant, as no engines fit, but the behaviour is consistent across all wheelbases.

The front wheels on all 80sOR bodies, both SWB and LWB and across all variants, aren’t centered. It’s offset slightly towards the rear of the car. Rear axle is fine

Aluminum body panels show up orange, regardless of wheelbase, variant, or chassis configuration

Also, there’s also some funky stuff going on with the windshield (between the blue lines. A yellow arc is there to show the windshield curving oddly at the top, which isn’t shown in the screenshot). This is exclusive to 80s_OR_LWB_PickUp_CPP

Opening the 50sMaffcSmallSaloon body causes the game to crash.

On a side note, would be appreciated if the bumpers on this body were removed.

the Focus body Car doesn’t have weight and cannot be tested, giving a NaN error once it is done.

obraz.jpg760x460 134 KB
A variant that is not affected for comparison.

The bug affects all body panel materials. It does not affect the paint in the trim designer (including non-standard materials, such as carbon fibre or cloth)

The 65_XMB_* has an unpaintable roof. Appears on all roofed variants. 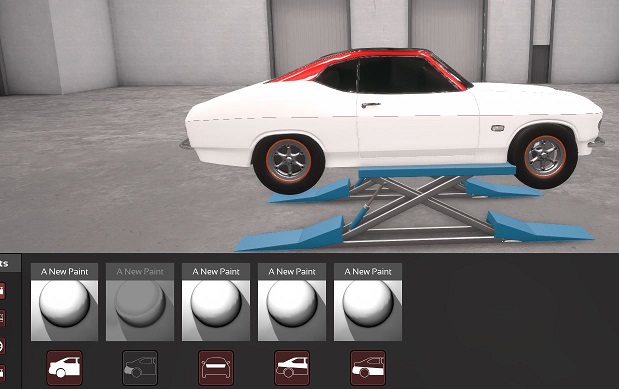 90sSUVTiny5P_Preview (aka LWB tracker truck variant) has an odd rectangle in the center that shows up when morphing. It’s otherwise invisible, but fixtures don’t stamp properly

94_jpn_alt_softtop_xl is definitely not a soft top. atm it’s a sedan version labeled as “coupe” with the mismatched file name

I dunno how to explain this but this kind of bug happened on this body. I guess this can be called as mirrored fixture bug?

Can’t remove the body seam on this body no matter what method is used.

This thing happened even before openbeta, but still it wasn’t fixed

Taking a guess but i think that happens because those fixtures in particular are extremely close to the body and the triangulation on one side is opposite of the other for the body, but the same for the fixture because its mirrored, causing it not to line up exactly the same on both sides.