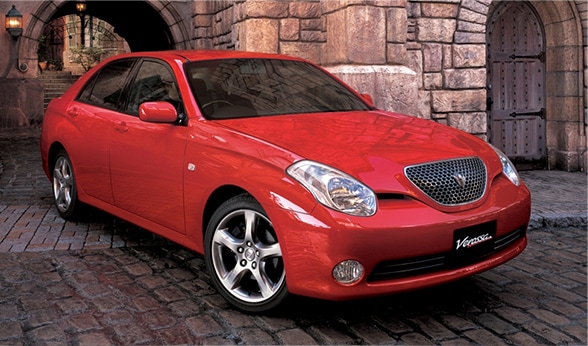 The Toyota Verossa. It looks bizarre but I kinda like it oddly. 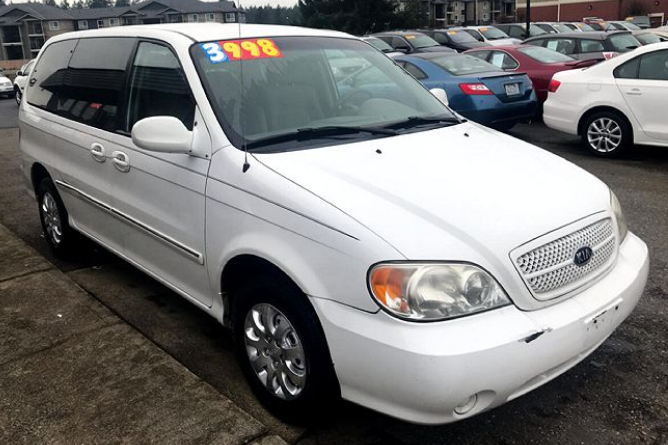 The 2005 Kia Sedona LX. Super blobby and my mom had one of these. His name was Bob and he got us through the big mountains and long open plains the the grand canyons of america. The bearings were shit but it pulled throught everytime. Was even able to go up a steep mountain with a camping trailer. Sadly tho it was sold to my dead beat cousin who sold it on craigslist after trying to use it for uber.

Fiat Multipla (pre-facelift- 1998-2003). Might be biased because I’m a Fiat guy, but it’s just so unashamedly unique. The other two 6-seater MPVs I can think of (the Honda FRV and Daewoo Tacuma) both just look like their makers didn’t put any effort in.

The original pre-facelift Fiat Multipla, with its frog-like face, definitely qualifies as a weird or ugly car, but the post-facelift version… Not so much. Especially since it seems so much more generic and dull by comparison.

In adopting a more conservative front end for its facelift, it lacked the uniqueness that made its predecessor stand out. But it still had one niggling problem that no redesign could ever have fixed: in accommodating six occupants in two rows of three, it ended up being too wide for the narrowest European roads. Still, hats off to the designers for coming up with such a daring design in the first place - and then bringing it to market, much to the incredulity of many potential customers.

Exactly, the facelift ruined the Multipla in the name of popularity (there are a lot more facelifted Multiplas around than older ones).

I’d also add to this point the Fiat Punto 188- it looked way better before the 2003 facelift, but I still love my '04 one despite its face not really fitting with the rest of the car.

I LOVE sports cars with US regulated bumpers. The more intrusive and useless, the better. My car have a brazilian low budget US bumper “inspiration” from factory and I want to go full 5mph conversion with it. 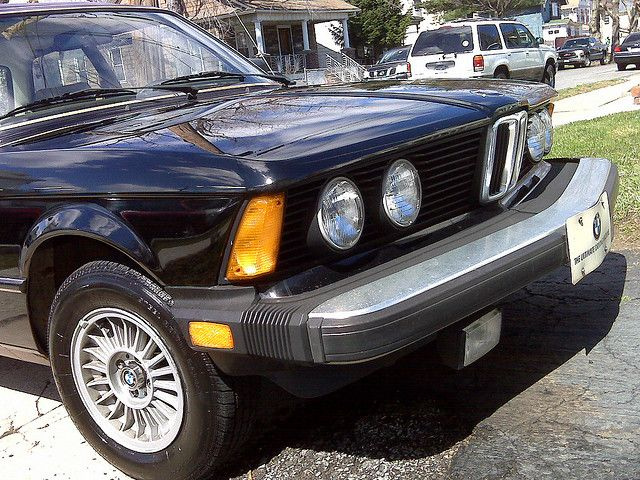 Today’s bumperettes doesn’t catch my fancy but are still interesting.

I prefer the gen 2

Hmm, no flame war about the new M3/M4 anywhere?

I agree with you on this, and here’s why.

It’s actually a menacing visage, to be honest. It’s as if it’s telling other road users to either get out of its way, or get swallowed up!

That’s what M3 drivers want. In their mind they’re too important to have peasants blocking them from doing 110mph in the outside lane. Personally I’m not a fan of the look, but it works for that purpose.

IMO it looks better than on the regular 4 series, but still worse than the 3. I’m not against large grilles, like many in the internet seem to be, but that’s not a particularly well executed large grille.

I was on the big grille hate train aaaall the way until I saw the real things. Renders didn’t do it credit, when I first saw the real thing I thought eh, it’s okay. Now I’ve evolved to kinda like it and understand why BMW did it.

I really think the MK1 Prius had character 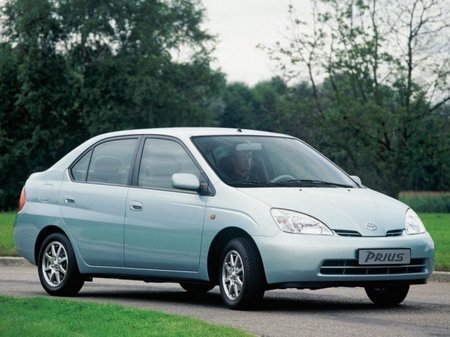 And this… Thing, it’s cool as well. 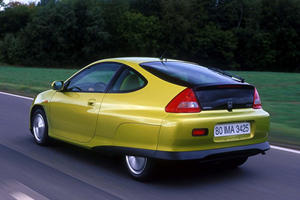 I believe most would think that the Wartburg 353 is an extremely ugly and awful car, but i think it’s quite neat all around!

How about the wagon version?

The wagon is equally neat, even though the rear lights look a bit silly in the wagon variant

although the slight facelift that Wartburg got in 1985, and that the wagon you posted has, is imo a bit uglier than the prefacelift.

I stand by my decisions