Vitorino - Comfort and prestige, because you deserve better and everyone should know it

Origin of the brand

Marcello Vitorino was born in 1903 in Treviso, Italy, his father was the owner of a small piece of land and had some money, although not much.

In 1913, Marcello’s father was struggling to keep the family income and was afraid of the possibility of a war that could hit Italy, also taking into account that for decades people were leaving the country emigrating to other european countries and even the american continent in search of a better life because Italy’s economy wasn’t going well, he didn’t see other way out and decided to sell his land and move to Brazil with his family.
In Brazil they went for a colony of italians at the south of the country, bought a small land and started they life again.

During World War 2, Macello was in his 40s, unlike his father he was working at the city, running a shop that fixed tractors, trucks and some cars, what he learned to do working at the colony farms. But with the war, factories around the world stopped building tractors, trucks and cars to build weapons, airplanes and tanks. This lead to a gap in parts for maintenance and people started to need them, so who once fixed them, now was manufacturing parts for them. Marcello was one of those and build a factory of parts, mostly engine parts, under the name Indústrias Vitorino (Vitorino Industries).

With the end of WW2, the world was trying to go back to the normal everyday life and factories were back to produce vehicles but they found a fierce competition with national factories that had economic protection from the government, it gave Marcello the chance to start to build entire cars, so in 1955 the first model came out of the factory, the Patrono. 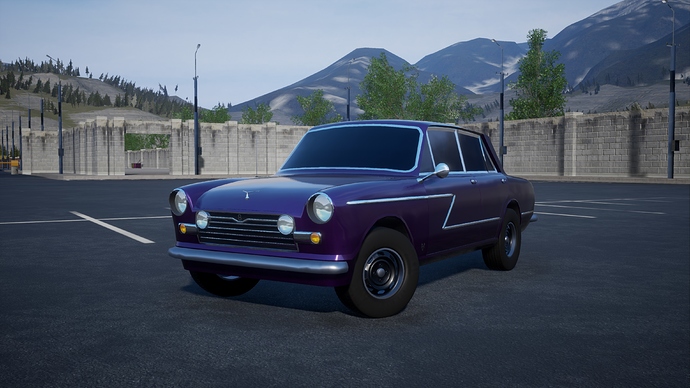 With the know-how acquired with the part factory Marcello “developed” two engines based at the engines and parts he already manufactured, one was a 2.5L I6 and the second was a 3.5 V8, both OHV. To put this engines to work he created a ladder chassis based on another chassis he already worked with, and covered it with a fiberglass body, the suspension was the hardest part, to fit the chassis chosen and the comfort expected it was needed to develop a double wishbone suspension for both front and rear. 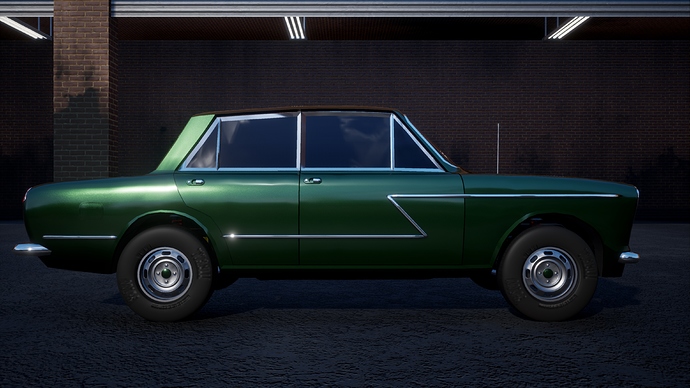 The inside was covered with a premium interior, had an AM radio and had one seat in front and another in the rear, making possible for 6 people to ride with comfort. 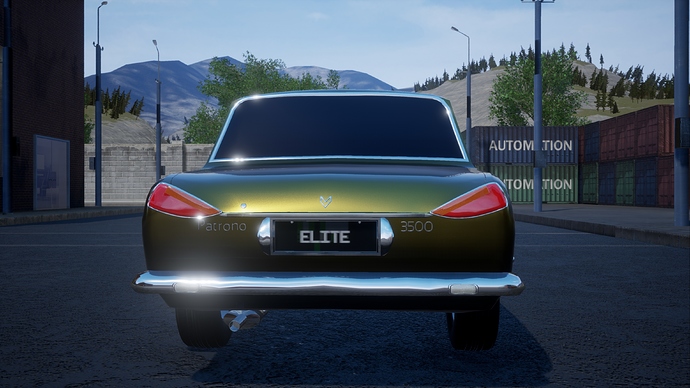 Since the production was relatively slow and almost hand-made it had some possible customization, usually it had four trim levels that the customer could choose, but more changes could be made by the right price. The four trims were: L, LX, LS and LXS.

The L trim was powered by a OHV 2.5L I6 developing 100hp, what was more than enough for the light body that weighted only 928kg.

The LX trim was basically the same as the L, but with a premium AM Radio and with a colored wheel cap the same color as the car.

The LS was a less luxurious version of the LXS, the only differences between them was the standard AM Radio and the wheel color that was black, both at the LS version.

The LXS trim was powered by a OHV 3.5 V8 developing 130hp, weighted 1,025kg and had larger tyres than the 6 cylinder trims, so most of the power could be put at the ground, making the top tier model achieve 100km/h from stop in only 10.6s.

The grille badge was a ‘8’ and the rear badge was ‘3500’, the wheel color was the same as the car and it was equipped with a premium AM radio.

That Marcello guy sure does sound like a genius…

That Marcello guy sure does sound like a genius…

That Marcello guy seems to know what he’s doing.