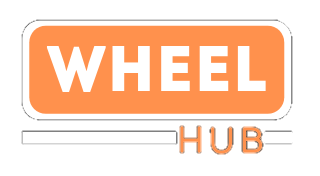 What is WheelHub? What do you guys do?

WheelHub is the perfect review site to learn about what car is truly the more superior car. We test 2 vehicles and compare them alongside each other, and from the facts and data, try and determine which car is the winner when fully tested. By fully tested, we don't mean the types of tests most reviewers do. We do REAL tests that fully push a car to its limit.

What kind of tests do you perform?

By tests, we don't just include regular drag races and highway reviews. We devote most of our reviews by truly seeing what they're capable of. Which car can pick up more ladies? Which car can piss off more people? Which car draws more attention from boomers in their late 50s? There's a lot more tests than these, stay tuned to find out more!

We try to put out at least one review in the span of one week.

I get it. You vape a lot. You hang out with your bros in the What-A-Burger parking lot to vape publicly and park at the disabled spot every time you arrive. You lead a gang of street menace and your so-called crew name is something among the lines of “Street Riders” and “Fuck The Cops We Vape". Your group consists of a lot of budget race cars but the most predominant of them all are one of these, because these things depreciated faster than Mike Tyson’s boxing career. You have a 1996 Aria Bayonet S, or a 2006 Caitou CCM19.

The whole Bayonet series in itself was never really a top performer, nor was it ever the worst thing on the sports car market. The 2nd gen Bayonet, which we have over here, is pretty much proof of my statement. Compared to the other Kimuras and Corsicas and Maesimas of its time, it didn’t really stand out. Fit and finish was good, but not the best. The 221 naturally-aspirated inline 6 got me from 0-60 in 6.4 seconds, so it wasn’t the fastest nor the peppiest, but it managed. The styling of the car was decent to say the least; it’s not very boring but it’s not really interesting either. The interior was full of fabric and some leather, but other competitors had higher quality interiors. Overall, it’s just an average car with nothing outstanding.

On the road, it’s quite fun. Steering was a bit heavy, but it was comfortable enough. It pulls nicely due to its engine, but other cars pulled much better. The ride was smooth, and it absorbed some bumps pretty well. It’s a blast to corner these things though, since it managed to pull off 0.974 Gs in a 20m radius, and it’s pretty damn light, cause it weighs only 1232 kilograms. Gas mileage is average, however it’s a bit poor for modern standards, as it averaged 27.3 MPG only.

Overall, it’s pretty a decent car that makes you look cool when you vape that shady $5 vape you bought from that dude that lives across the street.

The CCM19 was China’s answer to the cheap sports coupe market, and all I can say is that it’s just decent at best, but it never hits its best. Like most Caitous of its era, it wasn’t the best thing you could buy, and it was just outclassed by those Huangdoughs or Huanghoes or whatever the fuck its called. On paper, the car itself isn’t special, however it just sounds nice. A 1.9 L i4 with a turbo and direct injection sounds great, until you realize that it pushes out only 172 horses, and has a top speed of only 138 miles/hour, and a 0-60 time of 8 seconds. It weighs 1407 kilograms and manages 0.892 Gs on the 20m radius. Styling is bland and kinda fucking uninspired and looks like an obese fuck, although it’s a tidy design with nothing offensive. Interior is honestly pretty shitty; there’s a bunch of cheap and hard plastic around the interior with some really rough synthetic-leather seats. At least it’s equipped with some decent features such as climate control and some pretty sporty looking pedals with holes in them.

On the road, this car felt underwhelming at best. The ride was harsh, the car from the Flintstones handled better than this, and it didn’t feel like a sports coupe at all. It felt like a mix between a truck and a cheap shitbox. The 5-speed manual gearbox was sluggish and didn’t add any sort of fun to the overall experience. The one thing that really drove me insane was the goddamn AC. Caitou managed to fuck up air conditioners and made an AC that is as effective as using negative glasses when you have fucking cylinders. It’s just as hot as Miami in there, no matter what you do to the AC. About the only good thing during the drive was that the car managed 40 miles per gallon, which for me isn’t good because that means I spent 40 fucking miles in that dumpster fire of a car. Don’t put me in this car ever again.

Well, I don’t really feel the need to properly test these two cars out because the Aria just simply dominates it everywhere. However, there’s a couple of tests that need to be done in order to find out what’s truly the more superior car.

Test 2: Which car has a stronger dash?
For this test, we brought in an 18 year old college dropout named Ayden who lives in his mom’s house and vapes a lot. He’s also a crippling meth addict so he’s the best guy we got to do something as stupid as breaking the dash. For this test, Kyle will punch the dashboard of each car for as long as he can until one of them breaks.

Well, that was quick. The Caitou’s dash broke first, just after 3 punches. It’s unsurprising, considering the shitty quality of the Caitou. 3 punches though, Ayden should be a fucking boxer…

Test 3: Which car gets more pullover/hour?
How do I put this….the Aria won? I mean, it got pulled over multiple times for expired plates. I guess the Caitou is more incognito.

Conclusion: The Bayonet’s just a better car. Now, try and convince your vape friends to sell their Caitou CCM19s to buy more vape pens since you’re so damn cool.

The CCM19 looks too much like an ordinary family car, if I’m being honest - and it feels like one, too.

Alright man, it’s a great review and all, but I never hired anyone to review, yet. Like, if I was hiring reviewers and you were chosen, I’d be cool with it, but I wasn’t hiring. I’m not forcing you out but I want you to delete your review as I never asked for another review as of right now. Even though it’s a public and, I feel like you should somewhat treat it as a real life company. You can’t really barge in a company and do some work for them when you aren’t hired.

Basically, WheelHub not open for reviews from anyone currently. If it is, I’ll make an announcement about it.

oh, I’m sorry, I didn’t know that =)
I just wanted to give people a smile and put quite some efford in it but I respect your request

It’s fine, I suggest you to make your own thread for reviews if you wanna keep your reviews

those Huangdoughs or Huanghoes or whatever the fuck its called