The Mei Ling ML245 SUVs and ML145 trucks were some of the company’s first cars, built primarily for cross-country and delivery tasks. Being a clone of the Land Rover Defender, many aesthetic features were shared.

Quality was not shared however, with the ML245 being significantly more shoddily built. The panels were uneven, bumpy and fit was a typical problem. Corrosion occurred between door sills very frequently while electronic components and wiring would typically go loose. Many of the indicators were bolt-on and sourced from many other vehicles. 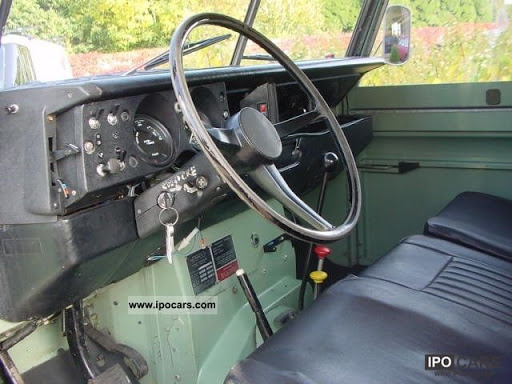 Like other jeeps of the same era, the interior was seriously, seriously barebones. Bare metal surrounded the vehicle, with no padding on the doorcards and not much in the floor area either. This lead to premature rusting in the interior which resulted in a few holes underneath the pedals.

With a reliable engine, cheap to replace parts, 4x4 and locking differentials, the ML245 was considered a direct predecessor of the infamous ML6486. The ML245 would be slightly more spartan on the ride with its front and rear leaf spring geometry and thinner metal panels.

Such durability saw some use of the vehicle with the People’s Liberation Army, yet in limited numbers.

Unlike the ML2010, this one actually had enough power to get it places it needed to be. The 4.0 inline-6 versions would be some of the quicker ones in the fleet as well, considering most of the Chinese jeeps would make around 70 horsepower.

A truck variant, the ML145 was sold too. Like the ML245, it had a carrying capacity of over 3 tonnes but offered an open bed to place material in the back. A 2-door variant of the truck was also said to be made, but documentation and images on its existence are lacking.

An odd feature of the ML145 was that its tailgate opened sideways, just like the SUVs.

Facelifts were delivered in the late 80s, which included a luxury version.

It had better seats, upgraded radio, a bullbar, sidesteps and lots of chrome. No changes were made to its underpinnings however.

The ML145/245 would soon be phased out and replaced by the ML6486 following the early 90s, where significant improvements were made to better the quality of life inside the car.

Turns out I forgot to read one line in the model designation system:

“Model designations in China have always begun with letters. There are usually between two and four letters. Each brand has its own identifying letters (CA for First Auto Works, SH for Shanghai Auto Works etc)”

If you check out the Huangdou and Mei Ling threads now, you’ll notice these names have been replaced with their respective brand designations. This also means naming is going to get…

Yep! So what was the ML-Series, the QY-Series, and the XE-Series have all been replaced by ML followed by a barrage of numbers! This was a tough decision to come to but for the sake of realism, it is going to stick throughout all the older vehicles.

All vehicles still have their designated nicknames, as what they were called formerly before the change considering they refer to very brief Chinese phrases. For example, the QY-Series was based off of 七越, 七 for seven and 越 for 越野 or offroad. This was the case for Huangdou as well.

I’ll stick the former nicknames on just for the sake of easy reading and callbacks to what is already in your memory, but for now on all classic Honghu and Mei Ling corporation vehicles will be named strictly according to the Chinese model designation system.

Apologies, and thank you!

Not to be confused with the submachine gun. Soon.

A NEW LOOK OF MODERN AND INDUSTRIAL REVOLUTION

Spacious body style with underpinnings of the toughest

Capable as ever is our heritage

INTERIOR FOR THE MOST ADVANCEMENTS

Innovation in design and technology

SAFETY IS MADE OF SAFE RIDES

Mei Ling will not kill you when it does not die

FEEL THE ELECTRICITY OF THE COMFORTABLE CHAIR

This post is based on advertising for the Changan Alsvin

The Mei Ling ML6420WY is a compact SUV with a wheelbase of just 2.5 metres, sharing the same bloodline as the older ML2010 2-door SUV. Unlike its older brother however, the ML6420WY was more of a car than a moving shell of metal.

It was more powerful, with a 1.6 litre inline-4 making 89 horsepower. It was more spacious, with a full 5 seats. It also had locking doors which the ML6420WY did not have. It also had an extra gear!

Production numbers were sizeable, and it sold decently well. Its smaller form factor meant it was easier to drive than the full-sized ML6508QW, while being more fuel-efficient in the process too. It served as an alternative to the ever-abundant microvans and trucks of its time, however, at a higher price tag. As a result, it was mostly bought as a transport vehicle more than for pure utility.

In a utilitarian vein though, the vehicle was offered in a van-esque variant. Underneath was the company’s signature 4.0L inline-6, while many creature comforts were removed. The rear seats were replaced with a +3 bench, many bumpers went to a cheap plastic version, and the radio was removed. This version of the vehicle, as well as the civilian model would be exported alongside the ML6487QW as a cross-country SUV, seeing use in Pakistan, Yemen, and other places in Africa and the Middle East.

Within the mainland, this version of the vehicle saw most of its use as a makeshift van and tow vehicle due to its unparalleled ability to haul heavy trailers and items.

Later in the early 2010s, the original ML6420WY would be phased out by the LY5 - a similar 5-door SUV with many improvements in the technical and comfort side. However, the ML6420WY would last longer than the classic ML2010, with a few dozen examples still running in the Guangxi Autonomous region. Various other vehicles were reported to be seen used by rebel armies in the Libyan Civil War and the Sudan-SRF Conflict.

The ML6420WY provided a solid platform for off-road and utility, and sometimes, as a war machine of both sides. In the end, fighting for good or bad, the ML6420WY would be the strongest link, or the Achilles’ Heel of many. A force to be reckoned with, or a sitting duck in the crossfire.

For the times I am home, I typically spend a few hours banging out some vehicles as a nice therapeutic and creative exercise. The result from these past few weeks have been an array of Mei Ling trucks; from small to large.

Introduced in 2003 and still produced today (as an electric vehicle), the Mei Ling ML1000 is the brand’s smallest car. It is powered by the company’s two-stroke seen in multiple other small vehicles making a whopping 36 horsepower.

Being unibody, mid-engined, and containing independent rear suspension, it was rather different from most Mei Lings.

They also came in van versions as well, dubbed the ML2020.

Being compact in size, delivering light items in short distances was its main purpose. Its inexpensive price also made it a rather durable farm vehicle, often seen in rural Guangxi.

Having poorly-tuned sway bars, a tall greenhouse and thin width meant the vehicle was very susceptible to rollover. The trucks were relatively well-off - the extent of their dangers consisting of a front wheel lifting off the ground. However, the vans were at the highest risk due to the afterthought nature of its rear cab.

Powered by a larger 2.4L inline 4 making 78 horsepower, the 1980 ML330 was one of the brand’s first vehicles. Continuing the brand’s history of construction machinery, the ML330 was a small tipper truck built for lighter tasks where larger vehicles were not convenient or logistically sound.

Not much is very interesting about this vehicle, besides the fact that it existed and performed how it should…

…of course, before it would eventually rust itself away.

The ML1007 trucks were compact pickups that were rather popular in China. Most were powered by a measly 89 horsepower 1.6L inline-4.

They were one of the cheaper offerings out of the pickup competition in China, and it showed. Many of these trucks did not last past the 15-year range due to structural corrosion. However, during those 15 years, the Mei Ling trucks were some of the strongest offroaders available on the market as lockers, 4x4 and skidtrays were standard. This helped the brand beat out the likes of the Huangdous and other tough competitors.

Yeah it’s a truck I guess.

Based off Mei Ling’s minibus chassis, the ML1020 was about the size of a Toyota Hiace and looked like any other truck of that era. What differentiated the Mei Lings from its competitors however, was the fact that all models had 4x4 standard alongside rather chunky offroad tires.

However, it did its job and did it well. Proving to be very dependable in both urban and unforgiving rural environments, the truck was very popular and is still used today by multiple construction companies. The ML1020 is still produced today, and sees limited military use as a rebadged Honghu vehicle.

What isn’t still produced today however, is a very rare crew cab version.

The crew cab seats up to 8 people, albeit not very comfortably.

Cool looking vehicle though, and now a Chinese cult classic .

Strong off-road, tough with whatever load it carries, spacious for its crew, the 1986 Mei Ling ML149 is the poster child of the brand’s early success. It offered a bulletproof 4x4 chassis and mountain goat-like climbing capabilities in a vehicle that undercut its competition in cost by a significant margin. Many of its underpinnings were shabbily constructed, but it was done so in a smart enough way that mass production at ridiculous scales and low costs were possible, much like the Soviet T34s. As a result, safety and comfort were both neglected at considerable levels, leaving both a recurring concern for the operators, and people working around the truck.

The vehicle found many contracts in mining, fishery, lifting, logging, agricultural and other large-scale operations, which raked in wads of cash from private business and government firms. 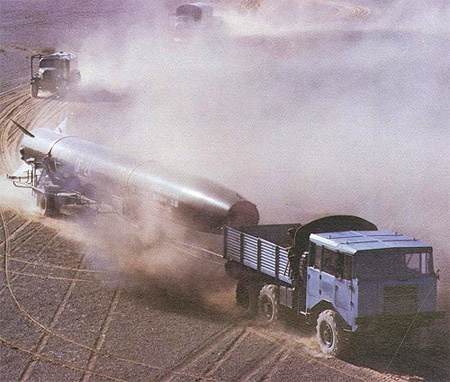 To the point where you’d see Mei Lings adopted as pseudo-state produced vehicles under Honghu to tow ballistic missiles, much like this.

Many of these Mei Ling trucks have been run to the ground, with about half a dozen remaining original ML149s still alive. One sits in the Beijing Classic Car museum, cementing the first major success of the Wuzhou brand in Chinese history.

Yang, are you alright?

me umor is dum

You will die if you crash Mei Ling.

Buy for nothing Mei Ling.

On a scale of Mei Ling to Innis, how mad do you feel today?

3 stages of a real G