Yeah I just think people put too much trust into things out of their control. Recently several people have died here because it’s extremely slippery right now and people crash going too fast, 95% of crashes are single car accidents according to the cops. Most accidents are in 2010 or newer cars which is what ticks me off. I see these teens and young adults driving like idiots even during winter just because they have all sorts of electronic aids that they believe will save them. And being an avid biker I know how little attention most drivers pay to the road or how little they actually see, especially when I drive to bigger towns or cities.

I’m not trying to turn this into a hateboner against modern cars or drivers but driving tests are too easy in my opinion. I know when I took my driving test I wouldn’t have passed myself if I were the one judging my driving. I actually took a couple of weeks practicing at home even after I had my license because I wanted to better myself.

Anyway, I’m gonna go back to being on-topic now.

I think the Lagonda is one of the nicest luxury cars ever, it’s such a shame that most people hate it.

A friend of mine would argue a Defender is safer for pedestrians than his first-gen Freelander.

Would you care to be slammed into by either?

I despise everything that is not a sports coupe/sedan/hatchback.

I cannot stand most modern cars and any Supercars (especially Lamborghinis)

The Mercedes C63 AMG Coupe is a f*cking ugly car.

“…yeha so just make the boot look like its sagging like an XJ40’s roof lining, then add some weird tighter details over the back to make it look extra bublbous, and then finish it off with an eBay spoiler”

On the subject of Benzes, my favorite S-Class is the W140 - it was the last one to be deliberately over-engineered, unlike its successors, which were sadly built to a price (especially the W220 that replaced it). Subsequent S-Classes looked like they were trying too hard to command a strong presence out on the open road, in contrast to the far more understated W140. 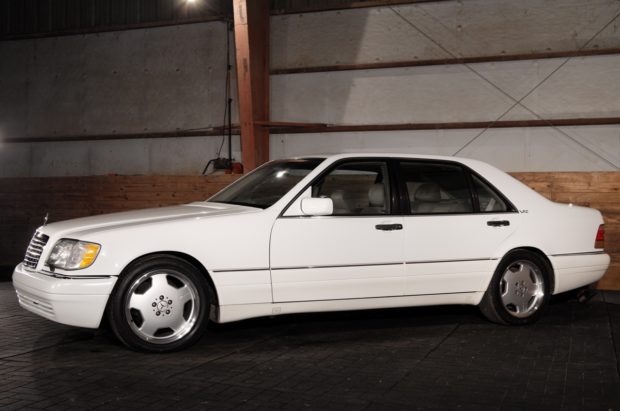 In particular, the questionable reliability and build quality of the W220 has made the W140 seem like a much more tempting proposition today. In fact, the W220 was so troublesome that it allowed other makes to steal part of its sales share - and it wasn’t the first car to be guilty of this, nor would it be the last:

And the ones that are doing the same thing right now.

In fact, the W220 was so troublesome that it allowed other makes to steal part of its sales

While not wrong, the monopoly of the S-Class began to slip far earlier. The 1987 BMW 7 Series was the first S-Class competitor to pose a real threat to MB, especially with its V12 engine. And then along in 1989 came Lexus, offering superior standard equipment, a state of the Art V8 engine (both MB and BMW still only offered SOHC engines) and a more relaxed long-term ownership experience at aggressive pricing. And in 1994 Audi joined the fight with the very capable A8, which took over from the brilliant, but compromised Audi V8 (a warmed over 100). Mercedes didn’t lose it, the Competition caught up in a grand scale.

77d17bb2430f5a65acc764ab0d1ec7a0x.jpg800x497 133 KB
I know that this is not a guilty car confession for you americans, but here in central europe driving something like a RAM or F150 is about as offensive as making antisemitic jokes at a holocaust memorial.
People will constantly bash you about how useless and big it is, how small your penis must be and how political and environmentally incorrect it is to drive such a “big useless car that only takes a lot of space and eats too much fuel”.
Even among car people here this is something to better not mention
strop 2019-01-05 14:06:31 UTC #191

Yep, you’re doing it right. This is definitely a guilty car confession through and through and American opinions on this matter do not count

American Car Culture as a whole is one giant guilty pleasure.

Right now I’m watching the TopGear USA Muscle Car road trip, and I’m remembering what they said about American cars in the past. “American cars are rubbish, the Chrysler 300C SRT8 is rubbish, why would you want an AMERICAN muscle car…”

They don’t realize how great these cars are, because they’re applying their knowledge of smaller roads and no use for fullsize V8 sedans and crazy cars like the C6 ZR1. Unless you’re Hammond and then you understand.

Nah, talking down on American cars was just part of Top Gear’s schtick.

While praising the living hell out of anything Holden.

I hate this (and every Mercedes sports car nowadays). Also, I’m not very fond of Mercedes drivers in big power AMG cars, they are delusional. There is nothing sophisticated in driving at 150 MPH on the Autobahn.

I like older mercedes sports cars with manuals (190E 2.3-16 was actually a great car if you ask me, good handle, good power, even a rare dogleg transmission) but modern AMG’s are just big cruisers with big engines and luxury features. I don’t think america has seen a mercedes with a manual since the mid 2000s, though I could be mistaken. Unfortunately the M5 is going close to the E63 direction with AWD, no manual, and light steering, and I just want to scream at BMW “NO DON’T DO IT”.

Car guy confession here: after driving the the old family Prius since August as my own car, I actually really love the car. That’s right, I love the Prius. So sue me. It’s surprisingly fun on twisty roads, I can drive like a dick and still get great fuel economy, it has a good factory stereo, and it’s not as slow as most people think. It’s actually a legitimately good car, and I love it for that.

I can hop aboard the hybrid boat! I drove my grandmother’s 2012 Fusion Hybrid recently and actually quite enjoyed it. It was fun to drive and very zippy around town. It had a great stereo. And wouldn’t you know it, the CVT was not bad, I found it very good to drive.

My only complaints are the GARBAGE gen 1 SYNC infotainment, fit and finish is worse than when Chrysler was at their low and the 2.0 NA four banger was horribly unrefined.

However the engine can be overlooked and if you buy a newer model with the good infotainment then everything else is fixed.

So yeah I like hybrids now. I’ll do research on a good Prius maybe.

If you’re in the US, you can still get rebates from the federal government and possibly from your state. My mother’s new 2018 Prius Prime ended up being around the cost of a non-plugin Prius after the tax breaks, around $24,000 USD.

I’m only just about to get my license though, so a new Prius may not be my thing haha. I doubt the rebates apply to used cars? Or maybe insurance is less? I’m not sure