One way to distinguish between both is the headlights. You can see that the C class has one strip going down the headlight, but the E class has two. Small detail, but it really helps out for me

Something slightly different, but on-topic since this is about confessions and guilty car pleasures right? So here’s one:

I ragged the hell out of my hire car: 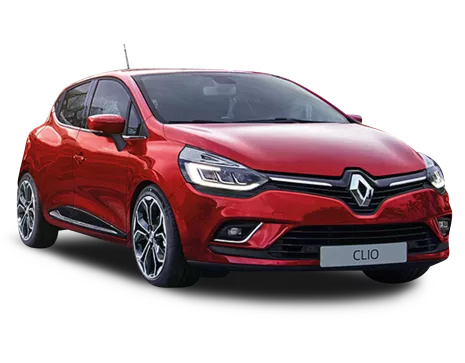 driving through a Slovenian mountain pass:

in order to meat meet Mr Žnopresk himself, @NormanVauxhall (selfies not included)

I was a little ambitious in my target and had a tight schedule, and because I was staying in Triglav National Park which is lovely but also very out of the way, all of it was on these tiny roads you could barely squeeze a B seg on while hurtling around blind corners and hairpins hoping you didn’t plow into a car/van/cyclist/pedestrian/tractor or fly off the edge off a cliff/into a tree/into a house.

The gradients were also quite steep, the poor 0.9L 3-pot could barely handle the uphill. The downhill, however, was pure left-foot braking, heel-toe downshift Eurobeat Intensifies. It’s not speeding if you don’t actually break the posted speed limit, right? But the real trick is doing the posted speed limit around a hairpin!

Without the immediate threat of wrapping oneself around a tree or flying off into a gorge, the view was spectacular.

The village of Kneža, from the road above

All-in-all, the mission was successful, I was back home in time for tea, and the car was none the worse for wear (I won’t mention anything about the slightly cooked brakes). And I know how many people here speak of the joys of the mountain pass. But it was a bit reckless, hence a guilty pleasure.

One way to distinguish between both is the headlights. You can see that the C class has one strip going down the headlight, but the E class has two. Small detail, but it really helps out for me

Hehe I ninja’d you on that one;)

If you ever go visit Yellowstone National Park in Wyoming/Montana USA, I highly suggest you drive US212 Beartooth Highway. I get the sense you would have a lot of fun

Not only is it switchbacks and hairpins galore but the view is so jaw-dropping beautiful that it practically shouldn’t be allowed.

Not only is it switchbacks and hairpins galore but the view is so jaw-dropping beautiful that it practically shouldn’t be allowed.

Don’t get me wrong - the Alfa 4C is a thing of beauty, and is currently the most affordable car you can buy anywhere to have a carbon tub - but after years of hype and anticipation, it turned out to be so half-baked that it should not even have been built in the first place. With sports cars, either you give it 100%, or not at all.

Not only does it not have the electrically-assisted power steering it desperately deserves, the suspension geometry is all wrong - especially with a McPherson strut rear end instead of the more commonly seen double wishbone setup - and it will never be available with a manual gearbox; instead, it’s a DCT or nothing, which dulls the fun factor somewhat. As for the engine, even though it makes all the right noises, at the end of the day, it’s just another sub-2-liter turbo 4-cylinder, and haven’t we had enough of those nowadays?

Then again, if the 4C had not gone into production at all, Alfaworks would not have been able to offer its rather wonderful aftermarket package for the much-maligned model - and prove that it could still be redeemed in spite of its shortcomings.

That’s an Alfa Romeo 4C. Why is the bottom half black and angular?Because this is the AlfaWorks GT4C, and to show off its new carbonfibre front apron, side skirts and DTM-alike rear diffuser, it’s picked out the optional panels in black. But the...

And a few years back, MOTOR Magazine suggested its plan to save the 4C from being an also-ran among small sports cars - a plan that, due to lack of funds, sadly could never have come to fruition: 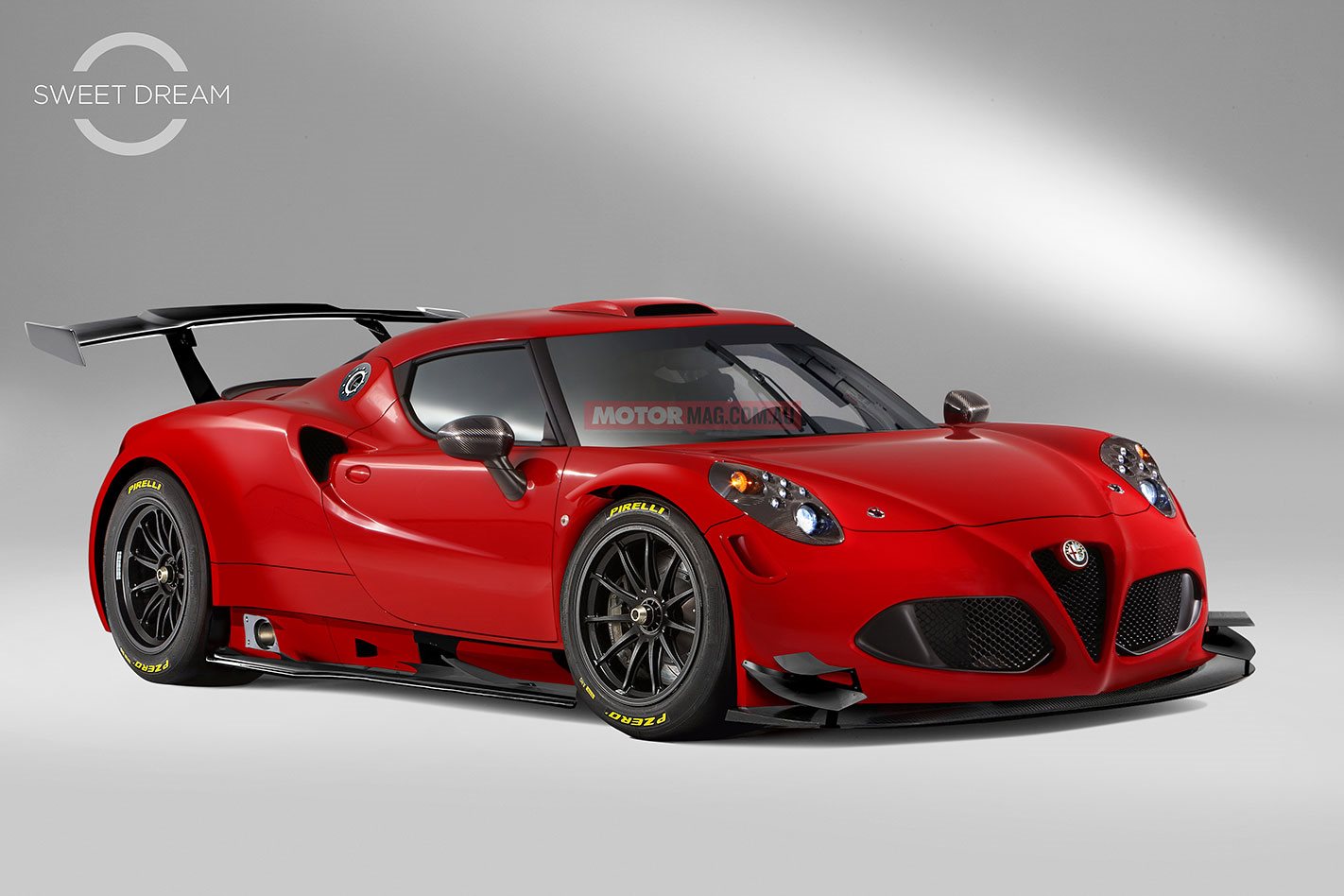 As it stands, however, the 4C, with its tendency to tramline, unnecessarily heavy steering, generic drivetrain combination and lack of overall poise make it a pale imitation of a genuine Italian supercar, let alone a more affordable German sports car - which in this case was the 981 Cayman. The 4C seems even more pointless when you consider that it’s much more worthwhile to spend more money on a decent 360 Modena with a manual gearbox - and have a purer, more authentic supercar experience in the process.

Thankfully, with the release of the Giulia and Stelvio (especially the flagship QV versions of both), it’s safe to say that, after a quarter-century in the wilderness, Alfa Romeo has finally rediscovered how to build legitimate drivers’ cars for enthusiasts to enjoy.

I like to punch the gas every now and then on a nice day in my Audi quattro right as the light turns green, even if I am supposed to be driving economically.

I do the same in my Pacifica . Something about a little sqawk from the tires is just satisfying 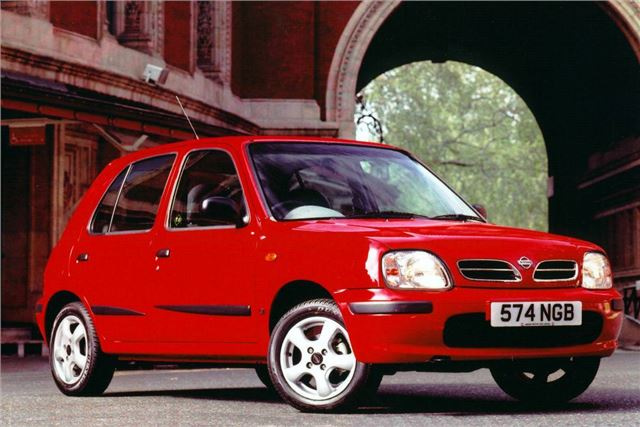 The K11 micra! I’ve got a 1.3L one, and now I want it back, to put a turbo inside!
And even if everybody saying me it’s ugly, I’m sure it’s cool with a good set of wheels and some soft mods haha 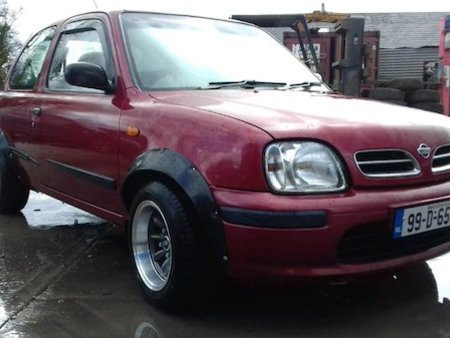 I don’t think the K11 is ugly, but I’d much prefer this one

Luggage racks might look fine on any other car but NOT ON A MUSCLECAR.

I’ve already explained why a purely electric performance car will never be as exciting as a petrol- or diesel-powered one. Sadly, some manufacturers have recently decided to jump off the slippery slope and believe that electric propulsion is the only way forward from now on, even though as things stand right now, it still isn’t. Case in point: the Pininfarina Battista.

It looks like a 458, and is even faster off the mark, but doesn’t sound anywhere near as good as one - and costs a lot more. Why get an overpriced, shallow simulacrum of an Italian supercar when you can still get a decent example of the genuine article for far less?

Pininfarina is not alone, though. Lotus’ first all-new car in two decades, the Evija, is more than a match for the Battista; in fact, it looks, goes and feels even more like a spaceship. But it too is a pure EV and, on top of that, weighs 1.6 tons, which is totally at odds with the motto of the company’s founder, Colin Chapman: “Simplify, then add lightness.” The Evija does neither of those things, and like the Battista, has a seven-figure list-price that puts it out of reach of anyone without the salary of a Formula One driver.

I would have preferred it if Lotus had decided to replace the Esprit - they haven’t made a true supercar in over 15 years, and at a time when they need one more than ever, the Evija is actually too expensive to fill that void.

A new Esprit, incorporating design and engineering lessons learned from the Evija, and powered (either primarily or solely) by a suitable petrol engine (preferably a V8 - the previous Esprit was the last-ever Lotus offered with such an engine), would be a much more fitting flagship for the range. The Evora currently fulfills that role, but is now a decade old, and once it goes out of production, the new Esprit deserves to take its place.

In short, both the Battista and Evija are technically impressive works of art, but their irrelevance, enormous price, extremely limited production runs and, most importantly, lack of emotional appeal will ensure that neither one will ever be able to really stir the soul, especially with the inadequate EV infrastructure found in many countries. In fact, I would actually get more excitement from armchair-racing a virtual recreation of a petrol-powered car on a home console or a PC than from pushing an all-electric hypercar to its limits - given the choice, I’d take the former every time.

God tier unpopular opinion: This thread is looking like a massive circlejerk thread now. Yes. All I can see is just people speaking shit about everything that is not “weird” and “quirky”. That’s why I hate the car community that much despite I am a massive car guy. 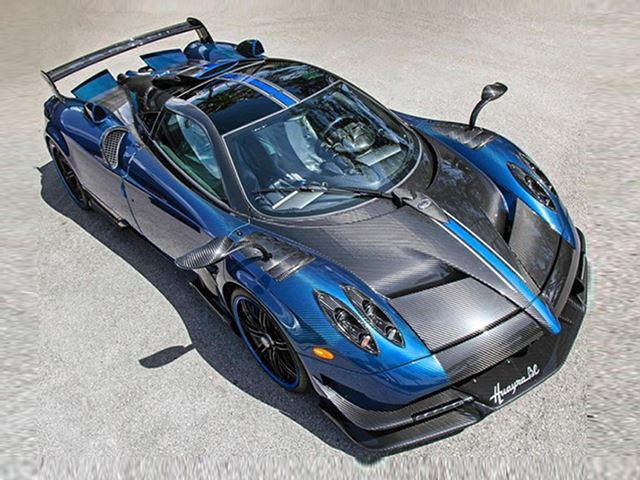 To be perfectly honest, where else can you get a custom art piece which looks as good as this? It makes a statement of "I'm not just a car, I'm art" and I could just stare at this all day. All day. Like really. When people ask me "oh if you like cars whats your favourite car" i can never answer because they are all so great. But this one stands out the most. Incredible.
Noporian 2019-11-16 16:36:36 UTC #279

I would really like to own a PGO some day, especially the slightly odd Hemera

It’s just such a shame, despite them seemingly selling a few dozen or more every year until as far as I know 2016, there are basically no PGOs on the used car market in Europe and they’ve seemingly closed their French showrooms and it’s been complete radio silence since 2016. But I can’t find any information about them shutting down either?

I agree on the EV driver’s car thing, although I’m neutral to EVs themselves (except Teslas. Can’t stand them).

And there were plenty of us here who expressed an affinity towards the more mundane. For example, I myself have a soft spot for minivans. about as mundane as it gets.