Late to the party, but I (as many above) don’t really like supercars. Most of my dream cars are performance verions of shitboxes or homologation specials (these cars I know I will never afford, fuck modern cars for inflating prices of “analog experience”), usually with less power than modern hot hatches.

Oh, and I like NA Subaru shitboxes. I own bugeye wagon with 125hp and I love this car. It is surprisingly good in case of quality (especially after you heard for ages how shitty interior is in this car), engine despite being low on power sounds great without Turbo whistle and I’ve had a lot of fun on track and gravel roads. Not to mention that I love little quirks like factory mounted reduction gear in or frameless windows.

I’m not sure if I posted that anywhere on the forum but that sure is sort of a guilty confession - I once transported my friend in the car’s boot. Small sedan boot. Not opening from the outside

anything obscure, blobby, or ugly, or just flat out unique. (and shitty american compact sedans from the late 80s and early 90s)

Interesting to read I’m not the only one that (also) loves the oddballs and unique cars. If you see my cars you can see it already ('05 Hyundai Accent, '93 Hyundai Sonata (Y2), '92 Daihatsu Cuore Convertible and an '83 Mitsubishi Galant), but I love underappreciated cars.

There is quite a list of cars I would love to own, with some unique cars on them:

Buick Somerset, the only one here in the Netherlands is for sale for 3 years now, for a bargain, but I don’t have the budget for it now

Some other cars high on my want-list are a Kia Opirus, Daewoo Espero, Pontiac LeMans (the rebadged Daewoo Nexia), First gen Seat Ibiza, First gen Fiat Panda, any of the 90s/early 00s Saturns, actually most of the FWD American stuff, Isuzu Piazza, FSO Syrena, FSO Polonez, Tatra 700 (or any other Tatra), Yugo Koral, Almost any other car from the former USSR, Kia Elan, IranKhodro Paykan, well… you get the idea

I’ve actually never driven one, and I think I’ve actually never even seen one in real life. But that is part of what interests me about those cars (and quite a few others on my list): the unknown. Together with their lovely aesthetics and preferably a nice story. And as I have enough vehicles here, it wouldn’t really negatively impact how they would drive. As I can use enough other vehicles if I don’t feel like driving one at a certain time.

Also, the good things about Syrena more or less end with “it existed in the 50s-60s”. The bad things start with “it still existed by the 80s”

Goddammit, people! There are so many different cars exactly for everyone to have what they like! Stop being ashamed of your tastes!

Hey I realise this is a very delayed response but the K11 is an absolute trooper, excellent excellent cars. They built them just up the road from me and they were at a good cross section of £500 banger money vs number surviving when I was turning 17 in college - almost everyone amongst my friends had a K11 as a first car.

Absolutely unkillable and had some great times with them, they will forever hold a place in my heart because of that time.

Yeah this car is the best 1st car to have here in europe in my opinion.
In almost 2 years, I never had any problem. Not even a small one.
I sold it to a friend and she drives it everyday since, 0 problem.

Appart from this small box, I felt in love with the Saab 900 a few years ago, everything on this car is weird, and the most obvious point is the design:

I found to this car a special aura, nothing looks like it, and I would love to own one someday.

For me not loving a Saab is guilty

Even though I’m unable to get it in the US. It is still a super attractive and sporty car in my defense, and I wish Toyota had sold it here instead of the Avalon.

What can I say? For 1. It’s one of the most attractive modern Suzuki’s sold in America, 2. It’s a rare type of car being a compact sports sedan, & 3. I can buy it as a reliable fun car for under $10k. Honestly one of my dream first cars, and it really makes me wish that Suzuki had stayed in America considering when they made the Kizashi was when they started to get a lot better with their vehicles.

For this one, it’s a little hard to explain. I’ve always for some reason been attracted to this car, but I never knew exactly why. Might be cause it also looks like a hamster, or that it’d also make a nice starter car but for some reason I’ve always loved this car.

This may or may not be the most popular opinion, but as much as I love the convenience, safety and headline-grabbing figures of modern performance cars, they usually seem to be missing something when it comes to driver involvement. Most (all?) of them are too big, heavy, fast, and/or isolated to be enjoyable on most public roads, or even some racetracks. The following article sums up my predicament rather well: 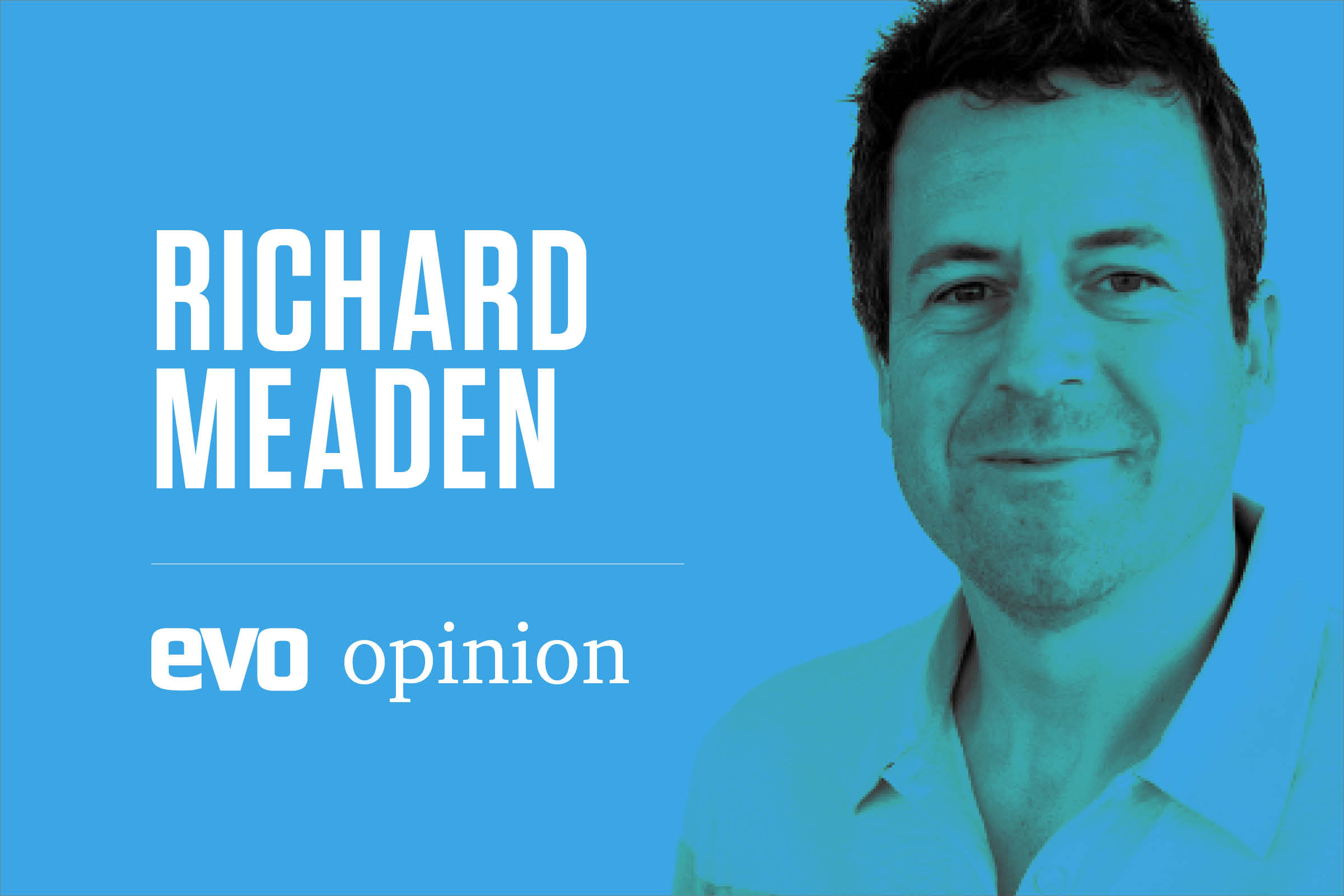 'Old cars we don't strictly need reconnect us to what we've always loved about...

Stop the pace race! If you’re listening, manufacturers, less can actually be more

This is why, in recent years, I have become increasingly fond of modern classic performance cars from my youth - which, in my case, was the 1990s and 2000s. Compared to today’s increasingly complicated, tech-heavy machinery, they tended to offer a simpler, purer and more involving driving experience, and in many ways were also less encumbered by safety, emissions and economy legislation, although they were seldom as fast and/or grippy as modern equivalents - which is actually a good thing for fast road driving.

In fact, in my humble opinion, it was in - whisper it - 1994 (which is now 26 years ago, believe it or not!) that the entire new car market reached its absolute zenith, especially with regards to performance cars, and I am confident (if not outright certain) that there will never be a year quite like it again in motoring history. 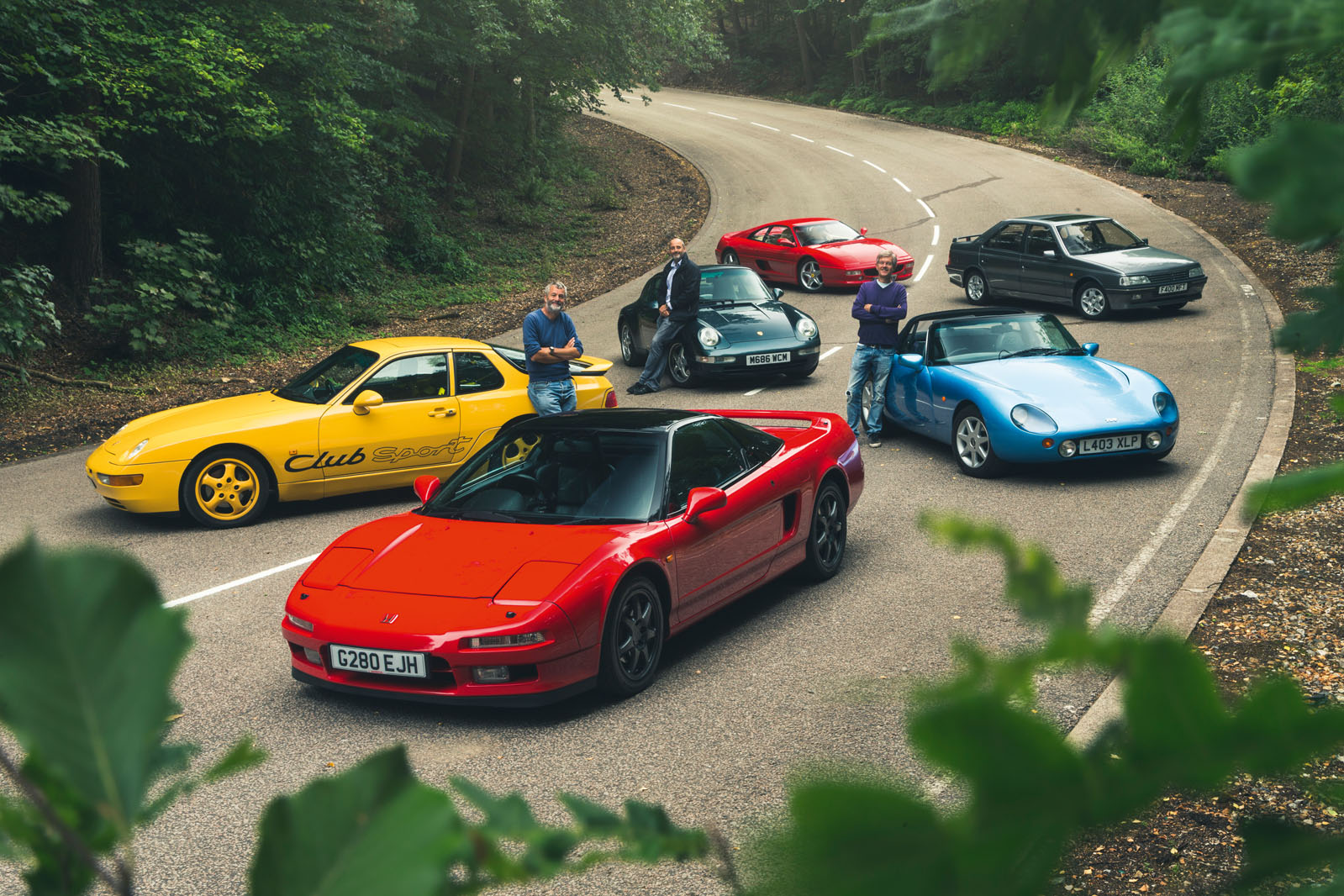 Some say 1994 was the high point in automotive history. We put that theory to the test

Another reason why I rediscovered my love of cars that are now considered to be modern classics was that during the '90s and '00s, you could find a much greater variety in engine configurations than today (even in more affordable machinery), and a larger proportion of normally aspirated cars as well. Nowadays, however, most (if not all) of the truly special stuff tends to be priced so far into the stratosphere as to be unattainable for the common man - and if current trends continue, even they face an uncertain future as legislation tightens further.

Unsurprisingly, more and more modern classics from the last decade of the 20th century (and the first decade of the 21st) are now increasingly sought-after by collectors, as reflected in their steadily rising resale values. Sadly, I must admit that I may never have a chance to even drive any of the cars I lusted after before my 18th birthday, but at least I was lucky to have lived through the era(s) during which they were in production - and read about them too.

This is a niche one, but i LOVVVVEEE leather, fake leather, real leather, anything from a new Rolls Royce to a 1992 Buick Rivera, I love the look and feel of leather. I see stuff like the seats in a Toyota Century, which are objectively better than leather, but id still take cheap fake leather anyday of the week.

I’m the opposite. I try to avoid leather if at all possible. I don’t 100% despise it (my Subaru has leather seats for instance), but I infinitely prefer cloth.

Although I totally get it, is there a particular reason why you try to avoid it?

IDK about Skyline’s reasons, but mine are that it’s blazing hot in the summer, freezing cold in the winter and makes you sweat more noticeably while sitting on it. And it’s neither really more pleasant to touch nor better looking when it’s not black vs black (black cloth interior looks just sad).

On a side note, I really like my leather jacket though