#“I ain’t dead yet”
I swear they ain’t joking when they say cars have personalities. My Arosa certainly does, it likes to be on the brink of dying and then some how come back to life.

The previously mentioned compression issue continues to bug the car, and after some poking around and tests, my stepdad and I are convinced it is definitley cylinder/piston related, not valve related, most likely a split piston ring. Whatever it is exactly isn’t worth fixing, and amazingly the car still drives just fine and hasn’t seen any abnormalities in fuel consumption.

However, we discovered it had another issue. We took it in for an MOT a few weeks back just to see what would happen, and it turned out that there was (and I quote) a “Massive leak of exhaust gas from the exhaust pipe”. We suspected it might have been the rear muffler that my friend and I had replaced after the old one fell off at 50 mph on a country back road, and we hadn’t sealed the pipes properly.

That was not the problem; while trying to yank the rear muffler off the car, the connection between the flexipipe and the catalytic converter gave way. Turns out that someone had botched a fix of it some years back and tried to hold it together with a metal ring clamp that had now corroded. The exhaust clip that should have been there to hold it to the bottom of the car was also missing.

Starting the car up, it was making a dreadful noise and we really thought that was it. My stepdad decided, just to see if it would pass, botch the job again and replace the old ring clamp. It was worth a shot, surely?

And would you believe it, it passed. Only for the flexipipe to finally give up the ghost while the garage were moving my car. But, a pass is a pass, meaning we just needed to have that part replaced properly and we’d be back in business. 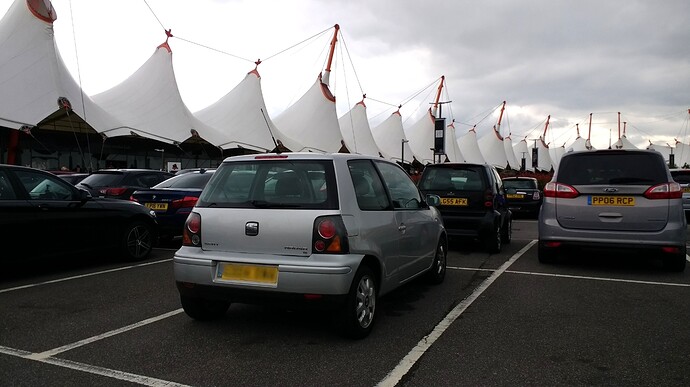 And that’s exactly where we are now. The Arousa lives to fight another day. Above, you see it parked in the Ashford Designer Outlet car park, its predictable early 2000s styling matching the early 2000s overly-styled tent canopy thing found at this shopping centre.

I happened to find a brilliant road from Cripps Corner to Ashford that is well worth a visit if you’re in the area. Great scenery, excellent mix of tight corners and big sweepers and plenty of room to get up to speed, even in this slow thing!

But alas, we haven’t dodged death just yet. I doubt I’ll be selling this car, as I think it’ll be write itself off within a year. A number of problems are developing on it:
[ul]- It had an advisory for play in the left front wheel due to a bearing that’s about to go bust. As for when that’s going to go bust…

And then there is the most unusual problem of all. It’s not affecting driving, but it i’s very strange nonetheless, and if anyone knows why this might be happening (or whether it’s even intentional), please do say!

The indicator stalk has the ability to control other lights. If turn on and turn off the engine and remove the ignition, and then push the stalk left or right, the corresponding brake light comes on (only one at a time). Here, you see the indicator light coming on when the engine is turned on and the stalk is pushed left, and then what happens when you keep the stalk in the left position and take the key out. 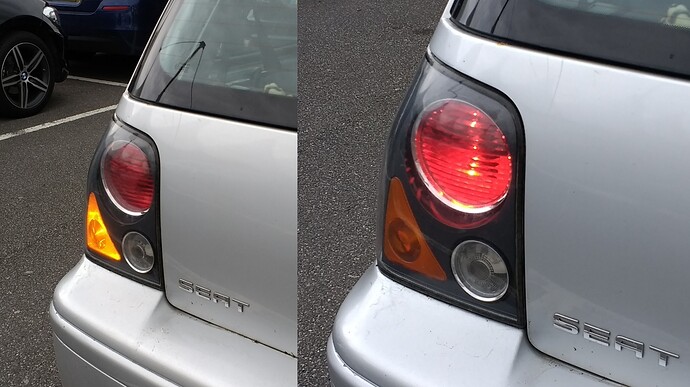 It gets weirder though. If you unlock the car and do not put the key in the ignition or turn on the engine at all, and push the indicator stalk either left or right, the corresponding side light comes on at the front. Regardless of what you do, the brake light and side light are never on at the same time, and it is always only ever the left or right light depending on which way the stalk it pushed.

Any explanations? Or is this car slowly developing a massive electronics problem without me knowing?

Any explanations? Or is this car slowly developing a massive electronics problem without me knowing?

I have a soft spot for these things, I don’t know why. Wouldn’t own one (VAG), but they’ve got a weird charm to them.
What was that compression issue you were having? Can’t remember what you said.

Compression issue is to do with some deficiency in cylinder 1 that is causing it to missfire slightly. Occasionally (and it hasn’t done it in quite a while) it goes down to running on 3 and a bit cylinders, though day to day it’s running on essentially 3.8 cylinders. Ish.

And we believe a piston ring has cracked and come loose.

My car does a similar thing when it’s on the step 1 of ignition. Has to do with indicating the position when the car is stopped or something.
It is probably the same kind of feature in the Arosa.

Aye that’s a thing you see on a lot of VAG stuff here, it’s the parking lights. Supposed to be used if you’re parked in a dark place on a road or whatever. Have no fear, as Leo says it’s meant to do it.

Phew! What a weird feature.

Somehow, despite being it’s now rather considerable engine problems and a lack of use for 3 months, the Arosa is still going. It’s had a fluids top up and some TLC in the form of a deep clean and has been happily dailyed over this Christmas. 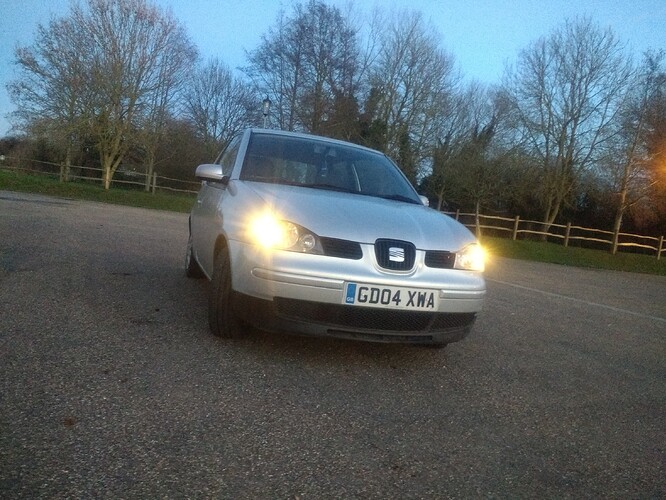 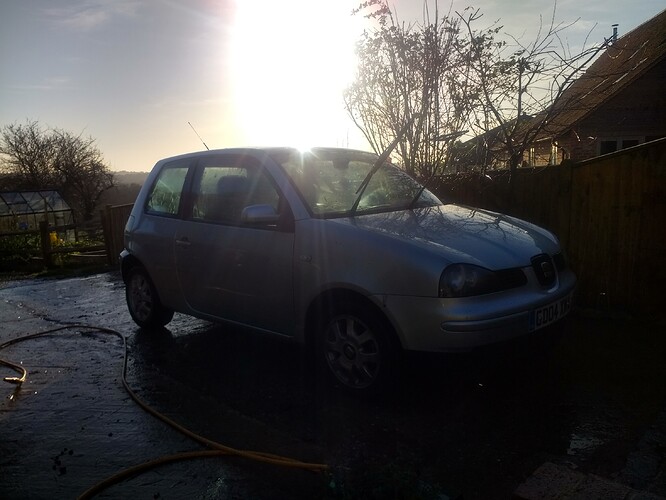 Due for some new wipers and new rear tires, and the front pads will likely need replacing at the next service. Somehow though, it’s still driving very well. I’m still expecting it to give up the ghost at the next MOT, but then again, I thought the same last time and it’s still going.

And seeing as it’s basically worth pittance second hand in its current state, it looks like I’m gonna be stuck with it for longer than I ever could have imagined.

Having been poking around on the many Seat and VW forums on the internet and looking at other peoples experiences with these sorts of problems, I’ve decided it’s time to have a go at seeing if we can solve this damn rough idle problem. 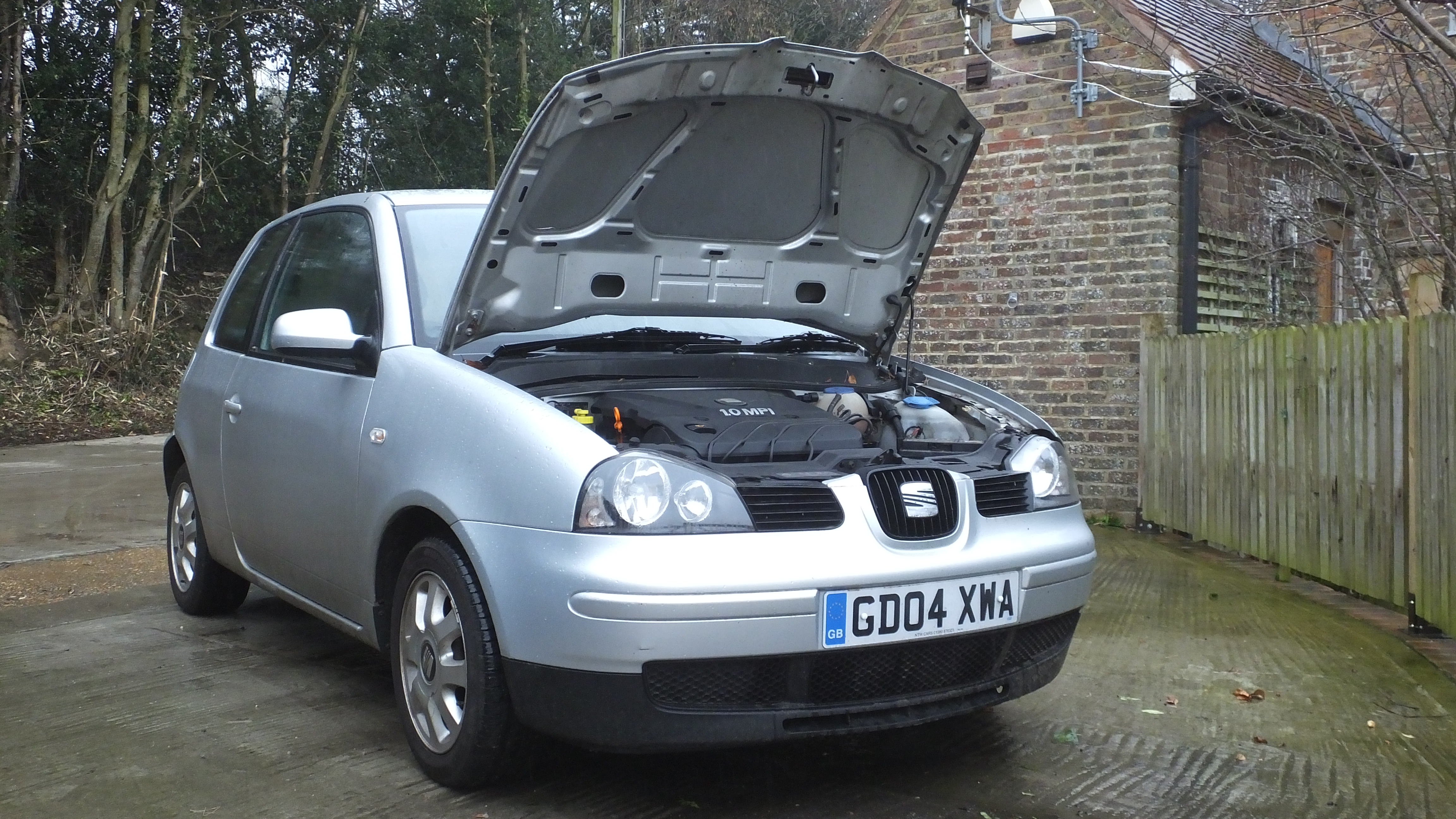 Issue: Engine has rough idle, common issue on these cars. Engine runs fine when above idle. Number of different potential solutions that may or may not work…

Removed the engine cover, detached the throttle body and gave it a good clean with some Gunk engine degreaser.

Not as gunked up as I expected, so this is unlikely to be causing the rough idle.
Before: 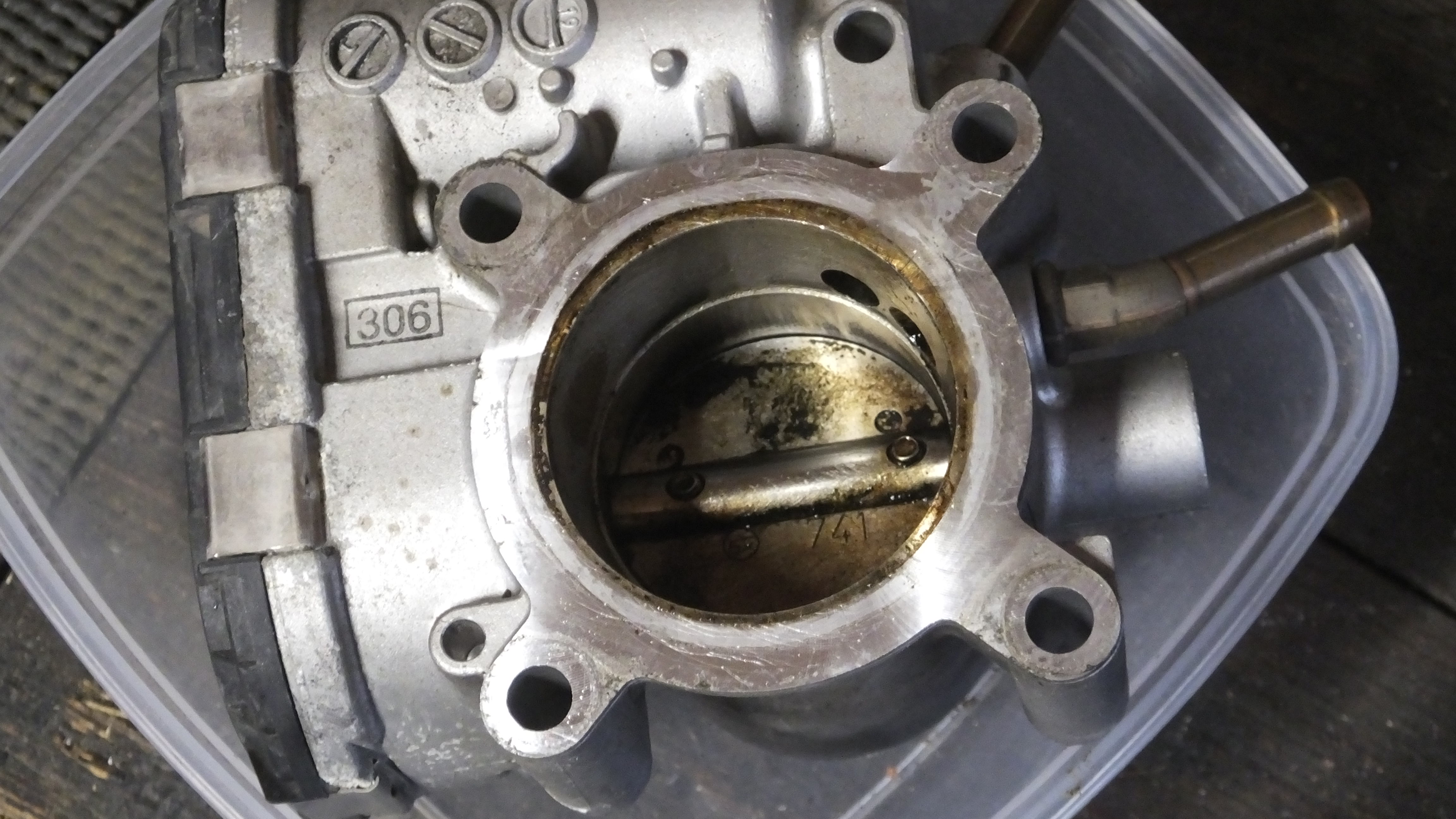 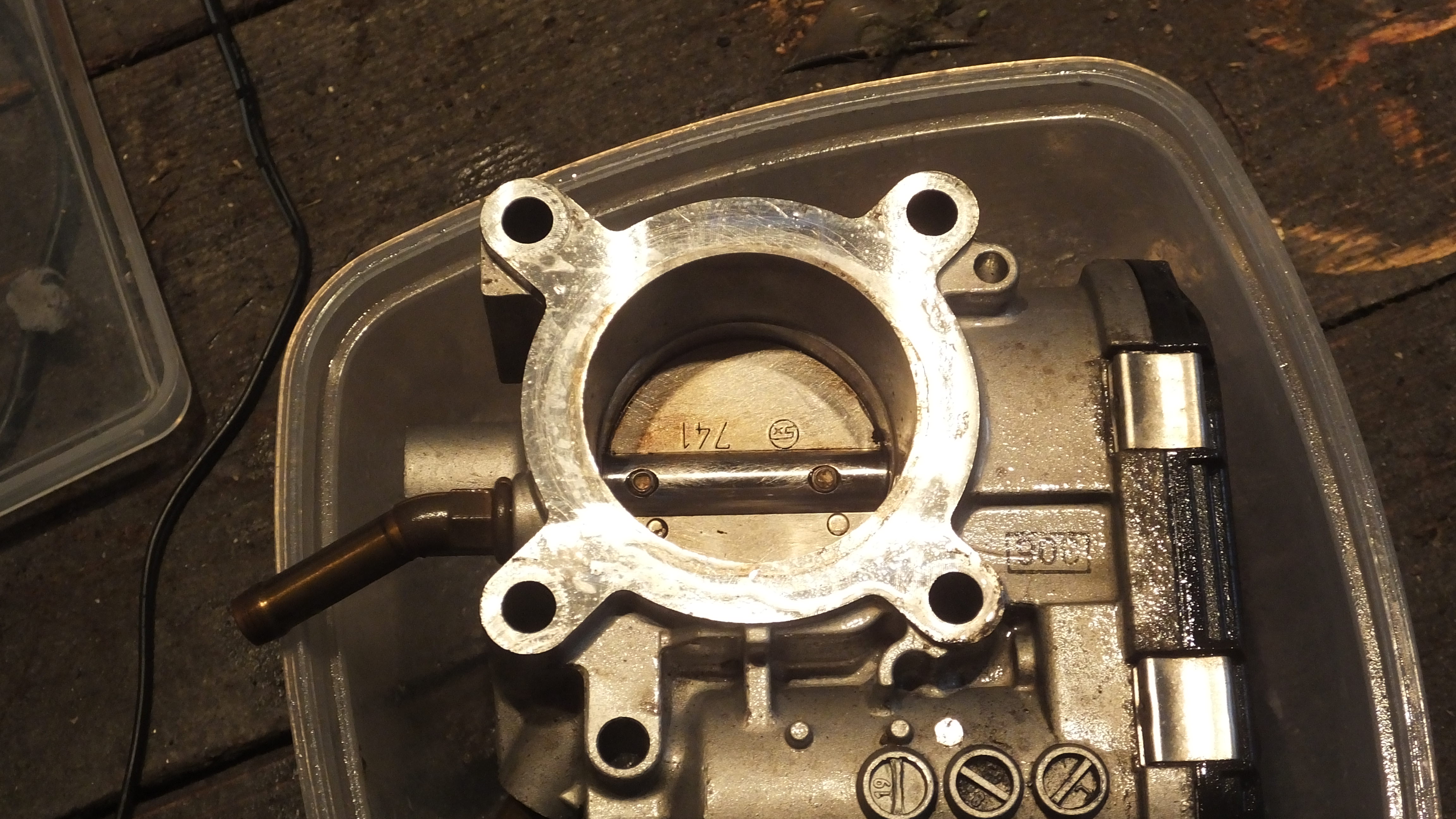 However, it turns out that the TB isn’t currently aligned properly. In the idle position, it’s at an angle. This also probably isn’t causing the rough idle issue, but it’s something worth trying to fix.

Annoyingly the only real way to re-calibrate it properly is by using VCDS/VAG-COM, which doesn’t seem to like using any cables other than ones made by the company’s designers Ross-Tech. 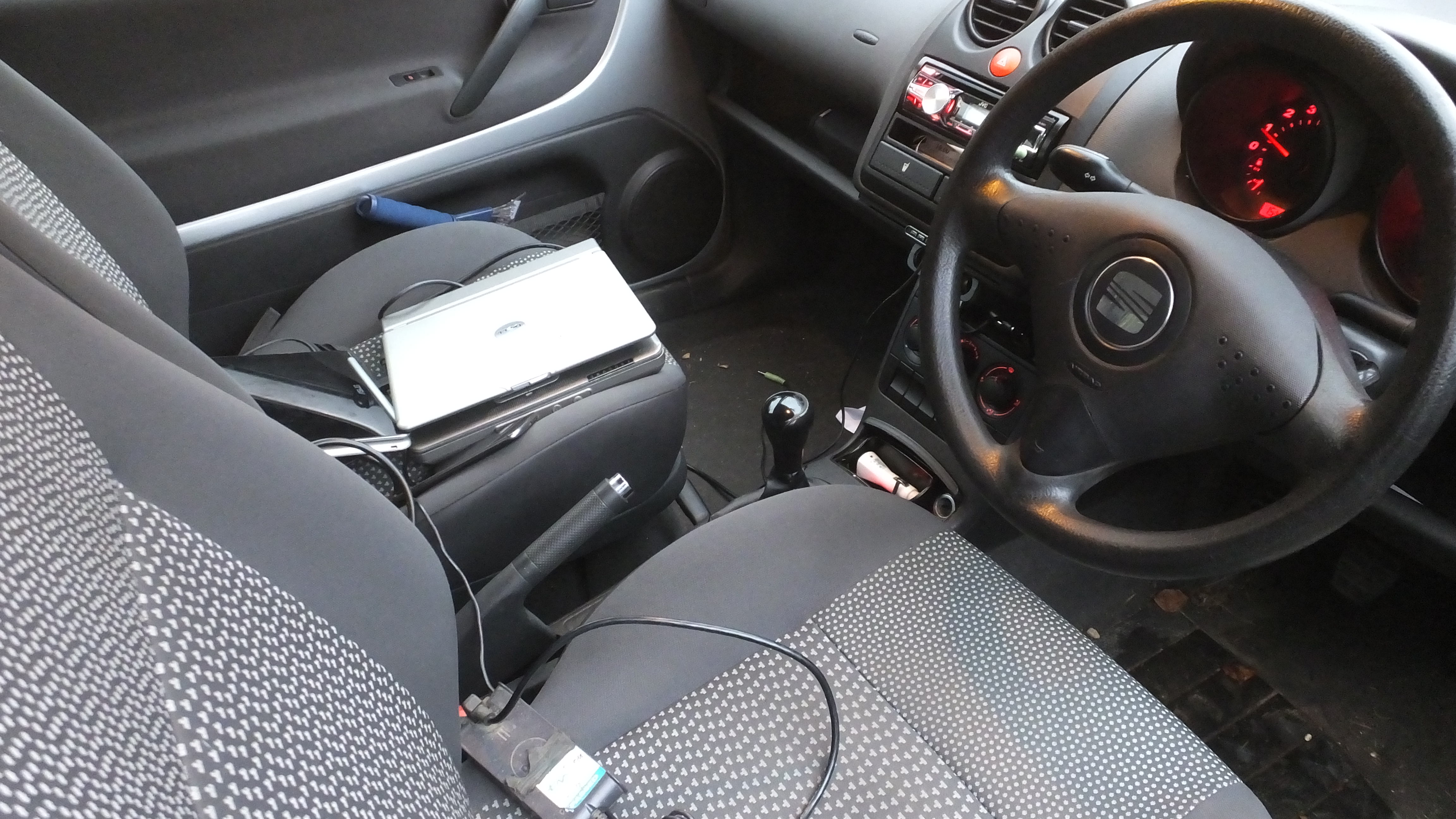 Gave up after we made no progress. Decided to use an iCarSoft diagnosis tool seeing as I had the OBDII port open and it threw back DTC code for a missfire in Cylinder 3 only. Slightly unusual as the compression test we did last year suggested it was cylinder 1 with the issue. The mystery deepens…

Either way, at least the throttle body is now cleaner! 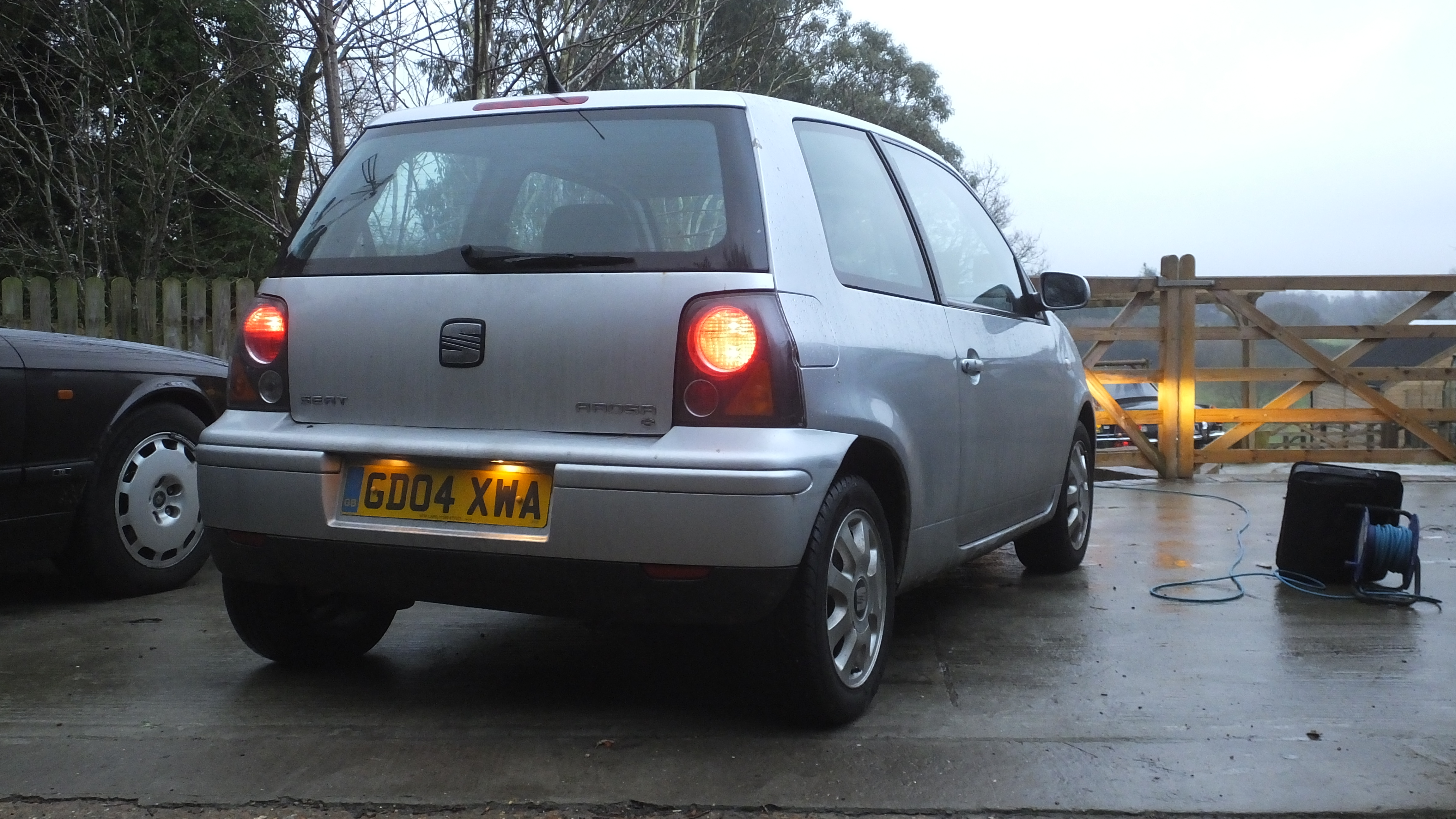 Also need to fix that passenger side rear light, only one half of it is illuminating currently…

If anyone has any suggestions or advice, it would be most appreciated! Still hoping this isn’t cylinder related as we once thought, as it might make this car saveable.

Don’t overestimate the amount of gunk it takes to make a TB go flaky. That’s not a whole lot less dirty that my Saturn coupe was, but the performance difference, especially from 1500-2000 rpm, was almost night and day from before and after cleaning.

Seriously? I was expecting it to only really make a difference if it was completely caked in carbon deposits. Driving it properly tomorrow so I’ll have to get back to you with the difference it makes.

Sounds like a hell of a lot of cleaning though!

There was only a light coating of carbon in mine. And I’m pretty sure the gasket was in good shape, so it wasn’t a vac leak.

Edit: I should also clarify that despite the gasket being in good shape, I replaced it anyway. I also cleaned the MAF element at the same time and replaced the plugs and wires (not from failure, just out of general maintenance habits). It more than likely wasn’t just ONE thing, but a combination.

As is so often the case with cars.

Or rather, one problem leads to another…

“No distance left to run”

Winter didn’t treat the Arousa very well. It’s been in storage for the last 2 months, with the intentions being I could keep working to solve the misfire problem over Easter and getting it through its MOT. Sadly, the very cold temperatures and snow we’ve had really haven’t helped.

All in all, it’s not in a good way, and I need something reliable over Easter and for the summer. Alas, it means we’ve got to say goodbye for now. 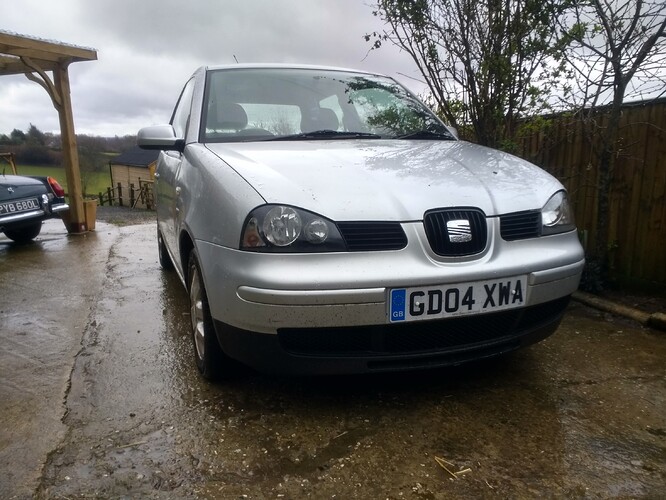 Plan for now is to put it back in storage, until May when my step dad has some time off work. He’s going to get the head off the engine and see if the cams and tappets are warped, and fix them if they are, which should solve the rough idle issue.

As for the rest, it’ll need solving if it’s going to pass its MOT. If it does, then we might even be able to sell it, though it doesn’t seem hopeful. R.I.P.

In the meantime, however, we have a replacement…

But if it comes to it… Viking funeral!

I loved that car, aww…

@VicVictory Not sure what the neighbours would make of the smoke, but it sure as hell will be going out in style, rest assured

@Sillyducky Thank you for your +f’s, this is such a sad time :’(

End of an era.

Off to the great scrapheap in the sky she goes. 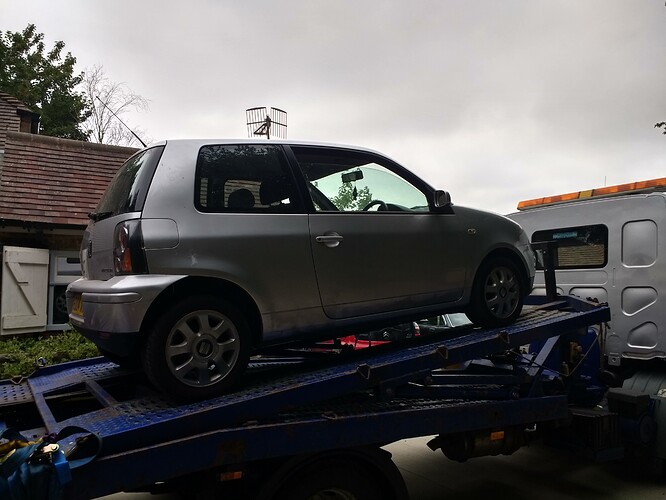 Sadly, it didn’t get a viking funeral. I did ask some local farmers if I could use their field for that but they thought it might end up scaring their sheep.

Alas, it had to go. My step-dad and I never got round to getting the rocker cover off and seeing if the engine could be fixed, and to be honest, a lot more was wrong with it by now. 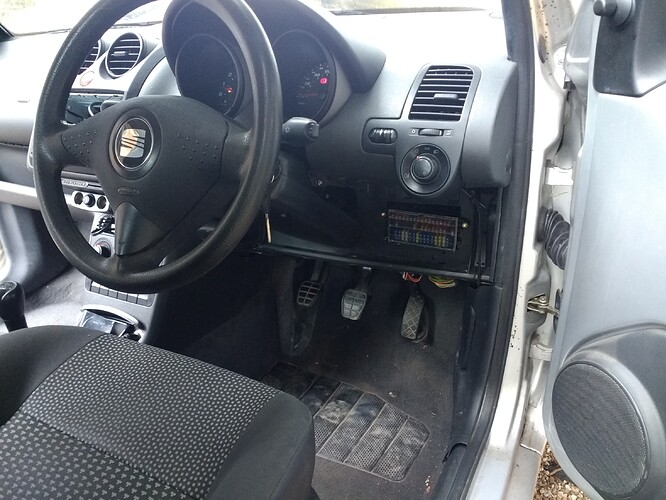 None of that, however, would compare to what happened when we tried to get it onto the trailer. As it was being turned around, the horn started going off every time we turned the steering wheel.

It knew it was going to die. I almost had to turn away. 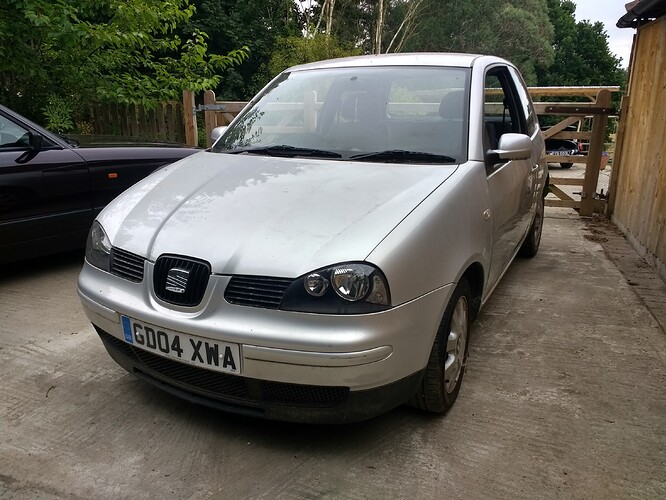 Sadly, sentiment and unexplainable feelings for four wheeled objects can’t hide the fact that this plucky little city car was well and truly dead. So sad to see it go, but it’s the fate of most first cars anyway. I could get sappy about all the memories I have about this car, but I’ll leave that to myself. 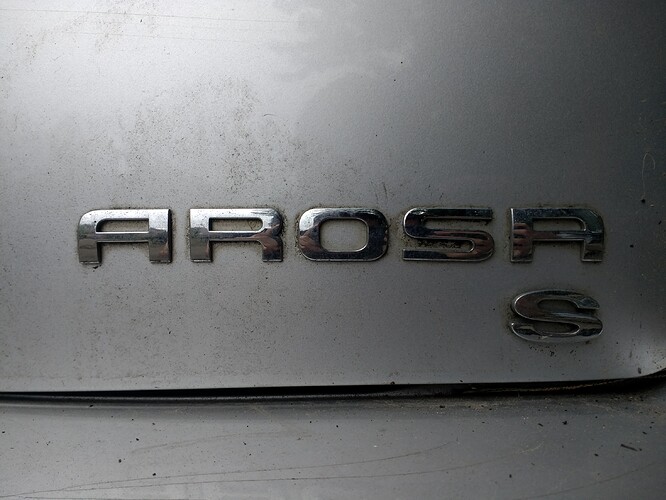