Please note the car is actually a 1963 car as per the rules; 1957 is solely for lore purposes, lol 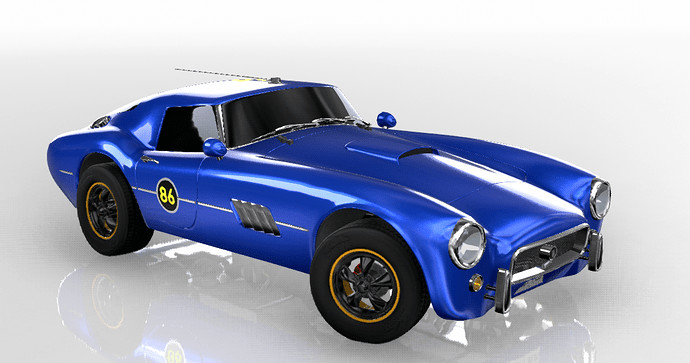 Frank and James Hardy were a couple of Garcian lads who wanted to go racing. They’d built up a 1400cc Bogliq four, ready for the annual Rally, but their old rallycar got destroyed when a storm pushed a tree over, crushing the car…

Being enterprising lads they hit up their rich uncle, who ran the local multi-franchise dealership and begged for something they could use. Their uncle, seeing a chance to offload the boondoggle Banshee he imported, only to find it bottomed out on the local roads, he let the pair have the shell; keeping the motor for a better set up Bison.

Frank and James Hardty were overjoyed; they had a really cool car AND they’d be able to race!!! They installed all the safety gear themselves, fitted the motor and a Bettong 4 speed and prepared for the race.

The Hardy boy’s uncle was wishing he’d paid more attention when he gave the car away. The Garcia Rally gave out a financial bonus for every road version of the car that won the rally. Since the boys had entered, his dealership had been inundated by calls of people wanting to find out about the car and when they would see delivery.

Waiting up late one night, he called the Bogliq Dealer Manager and told his tale. Could the factory build a batch of 1400cc Banshees and deliver them within three months of a possible win? Also he needed an answer RIGHT NOW because he needed time to stop his nephews if the factory wouldn’t come to the table. To the uncle’s surprise the Bogliq rep agreed, however the requirement for the deal was that he’d take 100 cars and they’d all be blue…

The uncle agreed to the deal; his nephews came before money and the deal was contingent on them winning so it was worth the gamble…

If you wish to enter please send me your entry within the next day to not get missed out. As said before I will allow up to 6 hours extra for those who require it, however it will not be granted to everybody, you must make a good case to me. 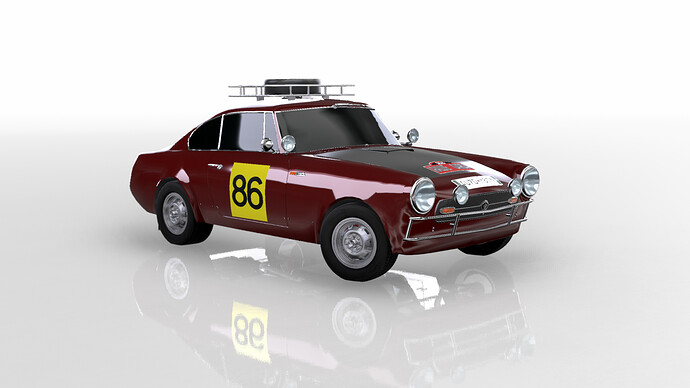 The Romano Rallye Team consists of two brothers: Marco Romano and Lorenzo Romano. They are the two oldest children of Bernado Romano, an ex-GP driver. The two brothers decided they also wanted to make their motorsport debutes, so they went and bought a car together to start their own rally team. The car in question is the Nero Farfalle in the picture. It has been stripped down, race-prepped and tuned for the rough rally stages that were to come.

Did this actually get implemented?

i hope so, as thats what i used

None, just keep in requirements about PU and ET I guess.

Look. It’s a Westwood Diligent.
With Harry “Ten” Stone at the wheel, Garcian City Importers hope this might help generate some interest in the local market. Number subject to organisers approval. 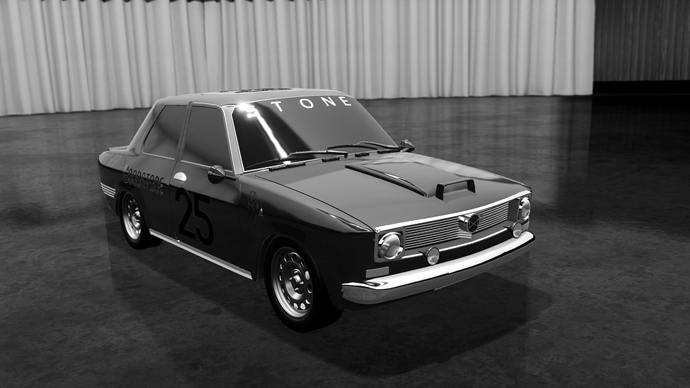 @stm316 as long as your car doesn’t break the ET and PU rules and the one specified quality slider, there are no slider limits.

@LinkLuke just to make sure that Bogliq remains fully committed to the Garcian market, I have included Garcia in the official lore of my Gen II Bogliq USA line-up!

As you may know, there is a world health crisis. I will not go into details, however in the past week or so I have been concentratiing mostly on university work, in case of the event of my university closing. As you may suspect my university has closed, so therefore I am in the process of moving back home. I’ll be back up and free next week so Hopefully I’ll be running the rally on the weekend, maybe during the next week.

I can’t make any promises though, as most of my work is online now and I still have a degree to work towards.

As of the current moment, the UK is not in full lockdown, although most public places are starting to close. So long that internet stays active I’ll try and complete this challenge going until completion.

As for after GSCR '63, I’m going to start my other time trial event, Ring Kings. I’ll post this challenge after the completion of this one, but it’ll be set in a certain year with a few different classes of stock non modified cars, and maybe an open class. I’ll alternate between the two though and try and keep this going for as long as I can.

That notice did not age well huh.

Sorry been busy at work. Since I work in a supermarket here in the UK I’m classef as a key worker and am working quite a bit due to the current pandemic. I will eventually find time to finish this. I am trying to keep you guys updated.

It’s okay man, I was just joking about the part where you said the UK wasn’t on lockdown yet.

You just stay safe and keep doing your job, this’ll all be over eventually.

@LinkLuke, just an update to let you know that Garcia is now practically awash with little blue Bogliqs!!!

Don’t fret, there’ll be plenty more to come in the future!

Wow, may as well open up a factory in Garcia…

I feel a small appology is due for or the people who took time entering this competition. I’ve been unbelievebly busy at work thanks to our new favourite virus…and although my schedule is now clearing up, I won’t be running the results to this competition, due to updates most likely breaking entries. If somebody would like to run a new version, please do as I will continue to use Garcia as fictional nation. May even bribe the devs into including it in the game if I get enough support

but that’d be getting ahead of myself.

I do hope you all are keeping safe and well, and I wish you all good health.

No worries at all, I figured it was most likely Mr Nineteen that killed this competition, I just wanted to remind myself why I was building cars for Garcia!

And, you may be thinking, why keep Garcian drivers happily commuting in Bogliqs? Simple really, lore is fun and I enjoy the challenge of keeping small export markets in mind when I design my cars.

I’d love to see Garcia find it’s way into the light campaign as a potential market. But I wouldn’t build a factory there, it’d do a number on the Garcian environment and I’m not into that, at all!!! Hahahaha…

And you too, LinkLuke, I hope are also keeping safe, well and keeping in good health.