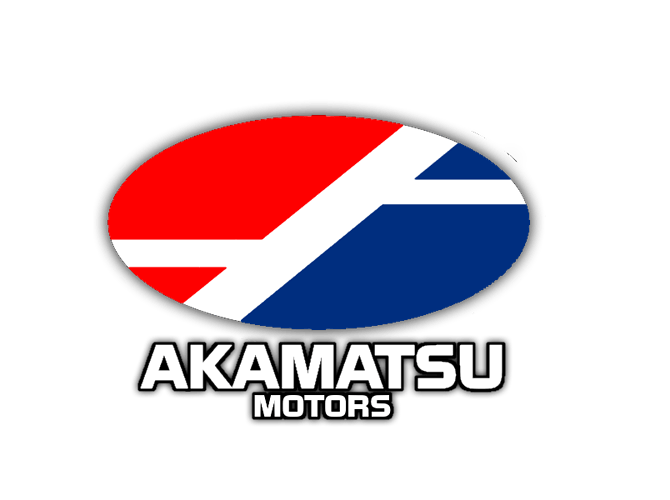 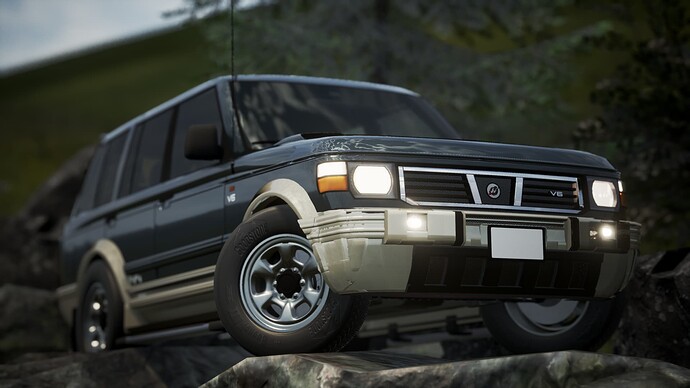 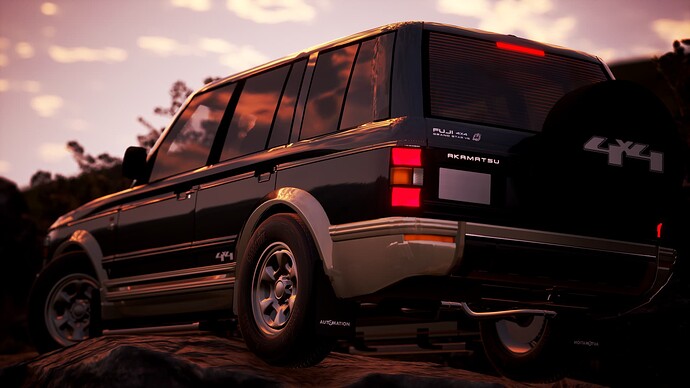 The big sister to the pocket-sized Yama, the Fuji is the bulletproof family runner that will finally kick the bucket once the frost death of the universe occurs… which the Fuji will still endure without complaint.

Having a modest 3.0L N/A V6 with just over 180HP means its like a tank, not very fast, but still practically impenetrable, it’s also pretty torque-y, just to wiggle its way up a 3 feet high rock in the great outdoors. Comes standard with leather seats, air conditioning,a heater, a CD player and electric windows to provide the greatest sense of comfort for up to 7 passengers while the elements rage around you outside. Starts at just $18,550 drive away. T&C’s apply. 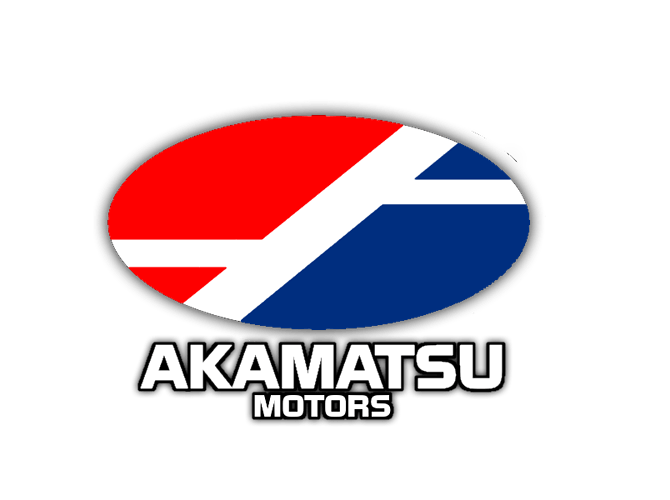 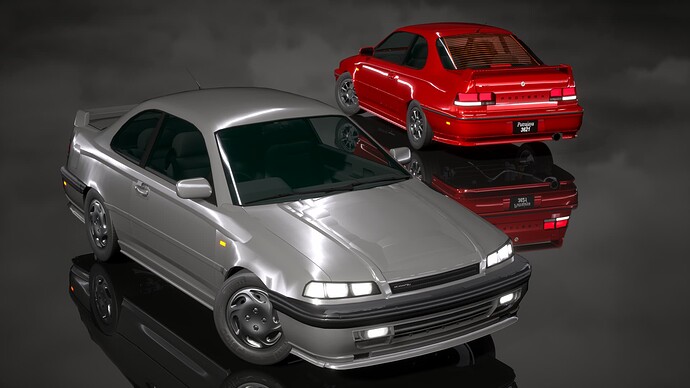 image1920×1080 105 KB
1992-1995 Protera
The prelude to what would become one of the most successful rally cars of all time, the Protera began life like any other mid-90’s sports coupes, fueled on nothing but punk rock and the newly available World Wide Web, it was ready to take on what the twilight years of the century had on the horizon.

The first and last time a Protera was ever available outside Southeast Asia, popular in the turbulent time that was 1990s Australia, and nowadays it bears green P plates and a one-way ticket to a bad rating on Rate a Driver Australia.

The 2.0ZX is pretty much the same as the GX, but now it has paint matched trim, a CD player, body colour matched fabric upholstery and alloy wheels… as well as having it’s engine getting a Yokawa™ GT670R turbocharger, jumping the engine power to a Earth shattering 190HP. 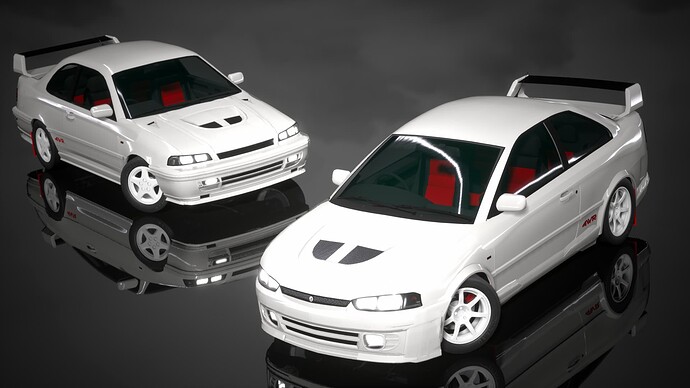 image1920×1080 99.6 KB
1996 Protera 4WR
Then theres the much rarer, much pricier 4WR, bigger wing means bigger dick, right? Well this Protera, just like it’s successor, gets the big wing treatment, mudflaps, deep red upholstery and a white-on-white paintjob with 4WR lettering to really drive home the fact that you are superior compared to all the other Protera’s on the road.

With a tuned 2.1L Turbocharged I4 with about 200HP, you can tear up the Malaysian Jungle or the Australian Outback, and combined with the fact that it weighs about as much as a paperclip, you’re bound to have at least some fun with this girl. 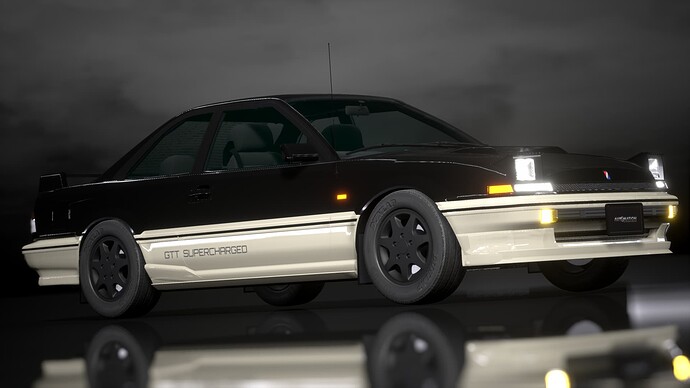 Photo3961920×1080 79.3 KB
1986-1990 Solara GTT-Supercharger
The prelude to the prelude, the JDM-Only Solara GTT-S (S for Super Whiny Supercharger Motherf*cker, no really, they called it that during development.) comes equipped with a special two-tone paintjob plus side lettering to show how much better you are than everyone else on the road, blindingly bright upgraded foglamps, three cupholders and a top of the line cassette player, and a 2.4L I4 with a freakin’ supercharger strapped to it because the engineering department was just that batshit insane in the late 80’s, pushing out a respectable if slightly underpowered 198HP while the supercharger perpetually sounds like a muffled small dog begging for pats. 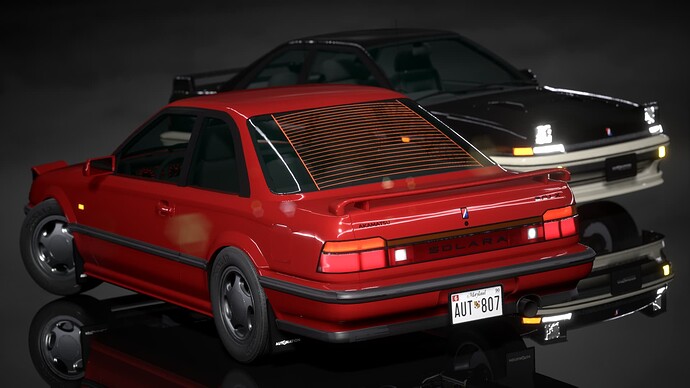 Photo3971920×1080 114 KB
1988-1990 Solara 2.0LX (U.S. Version)
Then there’s the comparatively mild USDM spec Solara 2.0LX, with the run of the mill 2.0L N/A I4 with barely 130HP to comply with the buzzkill EPA and FMVSS regulations, and while the US Government wants to make it’s own cars boring, and seeks to make us imports boring, Akamatsu of America engineers still tried to make the Solara fun for Americans without making it illegal, and the US spec Solara, while nowhere near as balls-to-the-wall as it’s Japanese counterpart, can still do some mad skids in the parking lot at Sears and get you some bitches on a sun soaked Miami beach, because it’s the 1980’s and this is what’s cool.

Comes standard with air conditioning, fabric upholstery, AM/FM radio, cassette player, electric windows and a dashboard cluster with a bunch of glowy bits, because again, it’s the 80’s, and this is what’s cool. 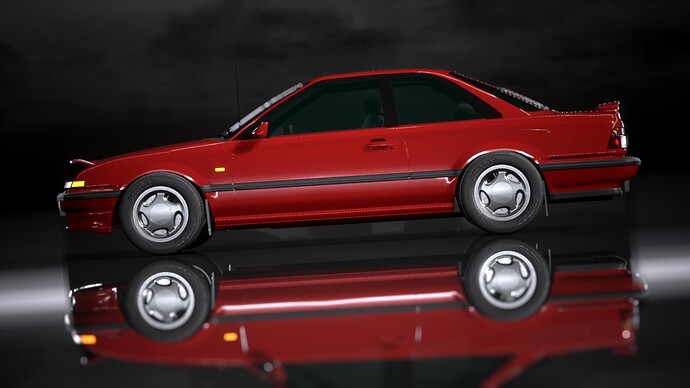 this is the last time i promise 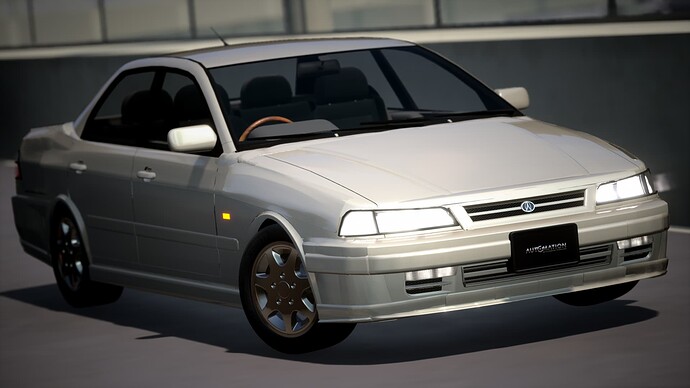 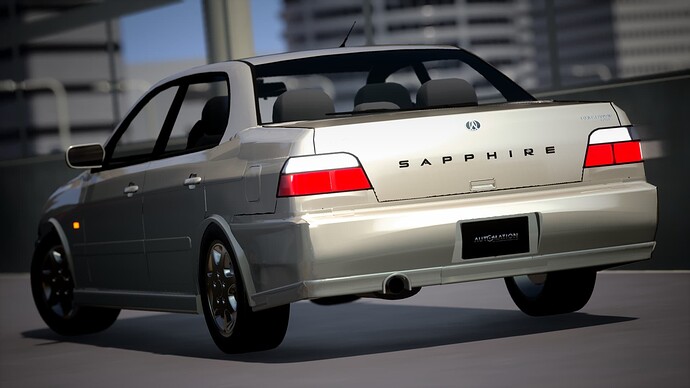 This is where we peaked in luxury, luxury being wood grained centre consoles and steering wheel, champagne glass sized cupholders, all finished with a leather that’s probably sourced from a company with a dodgy sustainability and/or ethics record. Powered with a “modest” 3.0L N/A V6, like those LS400 ad’s that ran in the 90s, you can get a balance of power while being able to balance a pyramid of jewel-encrusted wineglasses on the hood, why you’d want that many jewel-encrusted wineglasses, or why you’d want to balance them in a pyramid on the hood of your Sapphire, that’s not our business.

Uh, I’m not sure if you’re aware of this but that’s Mahindra’s logo and yes they are a real car company with that exact logo.

Not in a mean spirited way as I comment, as your cars are cool.

In 1990, even the Solara 2.0LX would have been a formidable competitor in the sports coupe segment - 130 bhp was a decent amount back then, and although that’s 15 bhp less than a contemporary Probe GT, it shouldn’t torque-steer as much, since this trim of the Solara is normally aspirated. The supercharged GTT-S, on the other hand, is in another league entirely, with (potentially) giant-killing performance. (I know that the GTT-S had to be turbocharged in-game since superchargers are still not yet supported in LCV4.2.30, but I get the idea.)

Anyway, is this generation of Solara FWD, RWD or AWD?

Not sure if you’ve seen the latest post on this desert of a thread but I’ve switched to a new, much higher quality badge that I made.

And to answer, the Solara is RWD. 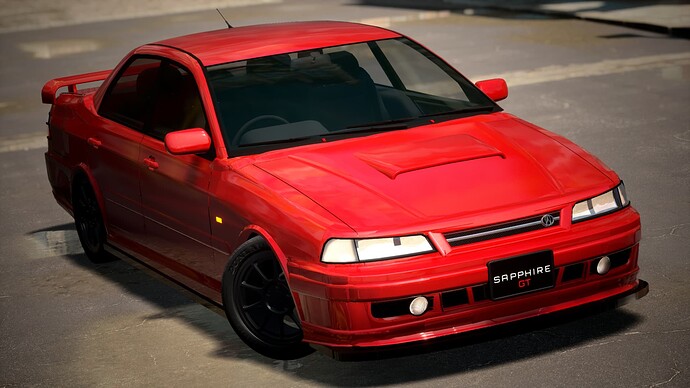 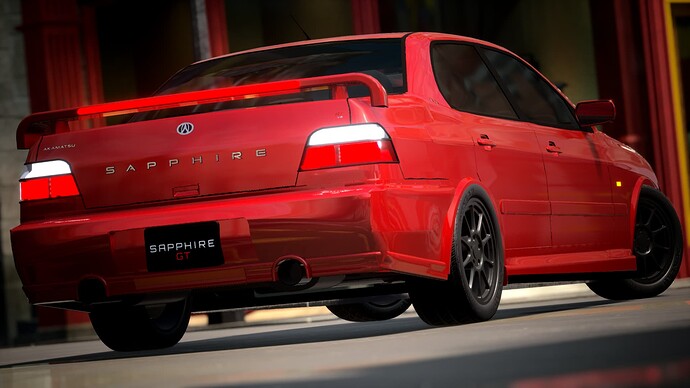 The most luxurious punch to the balls you’ll ever experience, with a N/A 4.0L V8, yes you heard me right, 4 liter Naturally Asipirated V8 with 570HP, so we can’t really sell it on quietness, not like you’d buy this highly limited piece of shit to not hear it, dual big exhaust cutouts with matching big carbon tip exhausts, carbon bits on the front and sides, a big ass hood scoop and a more “look at me” spoiler, complete with slick black rims and best of all, it’s bright red, why? Because fuck you, I need attention.

Still, were you aware that logo indeed belong to some company. Like not to scold you, but like just know that you can’t take others logos as put ut as your own.

There are times where you least expect a court case, be conscious.

sir this is a video game forum

I’m sure Mahindra & Mahindra have bigger things to worry about than some podunk Aussie stealing their logo for a fictional car company.

Look, I ask and received an answer. He’s at no fault, it’s just that he would be recommended to just create his own logos with inspiration but not simply taking the logo itself.

They’ve been striked for their Roxor (Indian Jeep basically) which had a contract with Chrysler. Those contracts fell out and so they had to change their vehicles in order to comply with the contract.

I’m just saying, taking logos of real companies and using as your own would benefit none. Plus most people viewing it wouldn’t know that company and then say that the company ripped off you and so on creating more confusing and rattling of the folks.

You’re not a criminal, I just want to make sure you don’t fall into this pithole in the future.

take a second to read what i wrote.

Did you charge because you wanted a new logo or did you learn that it came from an existing company? Which of the two, you got to understand others before just stoning others for simple things.

Let me put it in extremely simple terms then.

@happyfireballman, it appears you have encountered another bout of drama on another location in which I happen to moderate.

Given your previous record, my recommendation is hold back on the chatter; This is soft warning for now.

Not to mention this Public Forum is based on fictional vehicles not being sold for real life currency, which voids your initial lawsuit argument.

Yoo, I remember you. What’s up man, how’s the server? Anything new there? Oh am I glad to see you again