Hi there, and welcome to Chapter 18 of Automation RestoMod! Automation RestoMod (ARM) is a challenge series focused on taking iconic, preferably real cars and restomodding them. The criteria for modding are provided by each host, and vary Chapter to Chapter. For a more in-depth description of the ARM vision and to get a feeling for the flavour of the series so far, please read through the previous Chapters.

About ARM:
General Rules and Guidelines 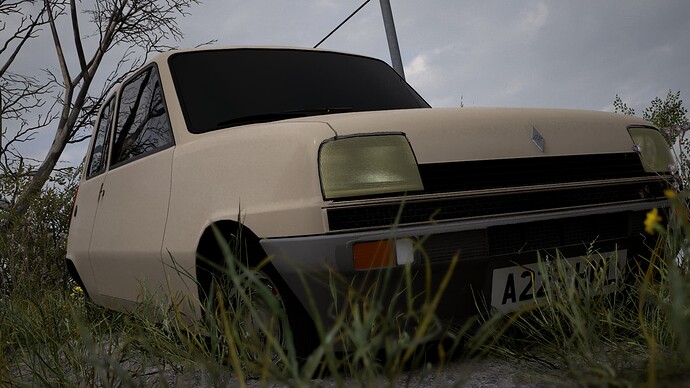 Two categories, both ranked from high to low importance:

Uniqueness (judged by me)
Cohesiveness/Detail- both styling, engineering, story- how well does it accomplish what it intends?
Authenticity (judged by me, and backed up by stats)
Prestige (stat)

Morphing wheel wells
As much 3D fixturing as your heart desires, though if it emulates another Renault body option closely it’ll incur the $2k body change cost

Ride height is limited to between values of -5 to +5. The combined value of the Front and Rear Ride Height sliders must be zero (If you have +3 front you must have -3 rear, etc). The only exception to this is if you want to go lower or higher than the suspension sliders will allow for that suspension type. You are allowed ±3 over/under that threshold on each axle.

Transmission swap (to another type)- $3k
Transmission swap (adding gears to the 4sp manual)- $2k, smaller authenticity reduction than a full swap
Engine swap- $3k
Engine orientation change- $2k
FWD to RWD/AWD- $4k
Suspension design change (chassis screen)- $1k per axle
Panel swap- $1k
You cannot swap chassis materials/type or add chassis quality.
If you keep the stock engine, you cannot change the block or head material.
You can change to another Renault 5 body style for $2k.
If you do both an engine and transmission swap, you’ll get $1k knocked off the total fees since both can be done at once. Same goes for combining engine orientation and drive layout changes.

For this challenge, you will be allowed to have a short interview with Luc to gain a little more information about him or preferences he might have on the build. You are allowed to ask him 3 questions. To interview him, please DM me with your question and he will respond.

Because the Renault 5 is much smaller than an average car and thus has less space that needs attention, attention to detail is especially important in this round.

Here is the car file:

The deadline is midnight on Sunday, November 20th, Pacific Standard Time. Countdown timer
Rules will be open for discussion until submissions open on November 3rd. Good luck to all!

I’ve never seen anyone theme an ARM after an old Renault in ages, if at all, so this may well be a first - and with a very compelling backstory to boot.

I assume this to mean any changes to the Family tab, including swapping the head out as mentioned later, but also applies to Family quality right?

A rhetorical question, did he have s** in the car?

“You would not believe the things us teenagers did in that car! It saw lots of abuse and just kept on ticking, with its’ durable plastic bumpers shielding most of the blows”

I understand that its supposed to be akin to how durable it is, but this sounds like something else…

No, but considering that we have such a great 5 body, it was only a matter of time before it ended up in ARM, I guess

I’m loving this one… It vibes with me well

Please ask your three questions by DMing me directly. Luc isn’t reading the main thread! As for your other question, teenagers do plenty of stupid things with cars, but what they specifically did can be left up to your imagination. The wording intentionally allows for a large variety of possibilities for what those shenanigans were.

Just wanted to provide an update on the changes being made, since I know quite a few people had questions and so I wanted to put all this in one place. I spoke with @karhgath last night about revamping the techpool settings and how it relates to the cost/ET limits. I realized I didn’t fully understand what techpool did to the Automation economy, so I’ll build some mules this afternoon and adjust accordingly to make the values better and create a better challenge! Thanks to @abg7 pointing it out, I also realized I forgot to add limitations on advanced trim settings, so I’ll add that when I change the budget and techpool rules. Anyways, this is all just to say that while you’re welcome to start on styling, I’d probably hold off on doing much with engineering until these things are changed. Please don’t hesitate to let me know if you notice anything else that might need changing!

After playing around with techpool and trying a few different implementations, including those that included some freedom in how those points were spent (as suggested by @alen.alic1983), it became clear that the system is very unbalanced in its’ current state and is easy to minmax. After seeing the tooltip’s description of techpool, it became clear that techpool is fairly irrelevant in this application since restomod companies wouldn’t realistically be able to develop tech better than an OEM anyways. As such, I have opted to set the techpool on the base car to 0 everywhere, and it will be required for techpool to remain at 0. I have adjusted the budget and ET accordingly, and added the Advanced Trim restrictions, as promised. Hopefully this fixes all the glaring issues! 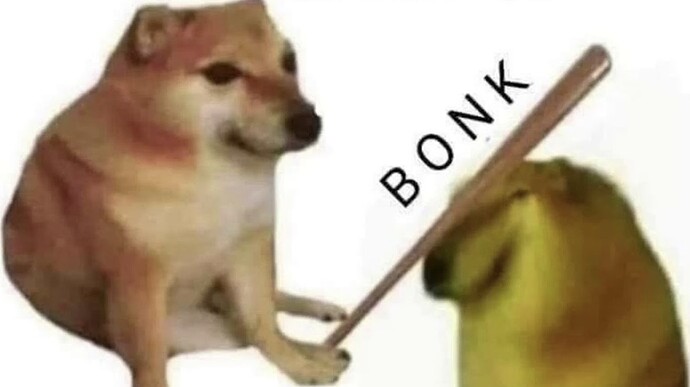 lmao what is happening here

So just to clarify, this is in game + all the added costs from engine swaps etc?

Yeah, in game. Should be on the Detailed Stats screen. The costs of engine swaps and the like subtract from the $50k limit.

Good question, that’s definitely an oversight on my part, especially since it should be in l/100km in the first place. The intent was 18 US MPG and that’s a round number in l/100km, so I’ll update it to that. Good catch!

If you change the body, are you allowed to touch the morphs on the parts that are different from the hatchback body?