THE LE CABRIO BY LMJ DESIGN 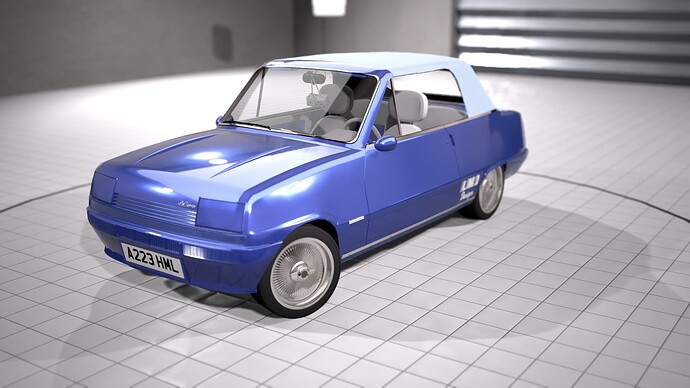 HiResPhoto195_3,840-2,1601920×1080 115 KB
First thing’s first, yes, we made it into a convertible, which is probably the most obvious thing of them all. Other obvious things are the hidden headlights and the bulges on the hood, giving it a really cool appearance. Turn signals and DRLs are modern units hidden behind the air intakes in the bumper. Invisible - until you need them. 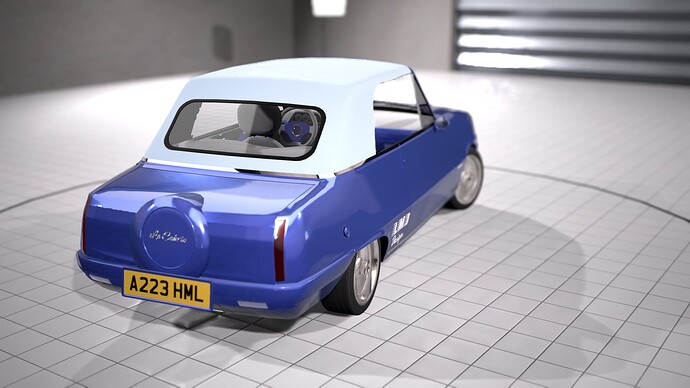 A 3 cylinder turbo from the Twingo III gives great economy and still performance that’s enough to keep up with modern traffic. (We admit that it is not a beast, but then again, ain’t this more of a cool cruiser than a car to break the sound barrier in?). Six speed manual transmission combines economy with driving excitement. Low profile tyres and a special tune of the suspension makes it fun to drive, and disc brakes all around stops the car on a dime. Power steering, ABS and ESC was more or less unheard of in this class in the early 80s - now they are there as an almost natural addition. 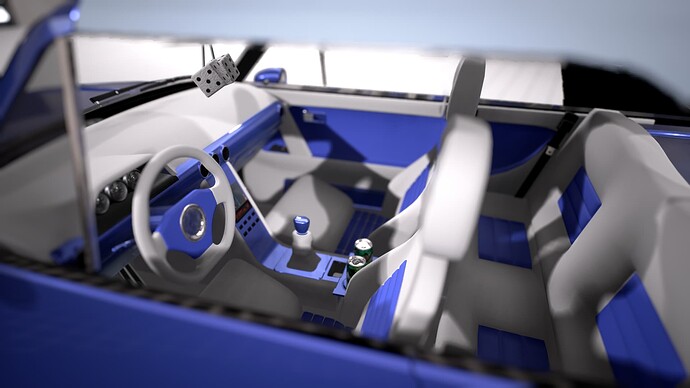 HiResPhoto197_3,840-2,1601920×1080 84.6 KB
An all new, custom made, colour matched leather interior is what tops this thing off. Both comfortable and practical. Of course, gizmos like electric windows, modern infotainment and air conditioning are rarely more than a push on a button away.

For a cool summernight cruise, look no further than the LeCabrio from LMJ Design!

There are now less than 24 hours left to submit or resubmit your entry! 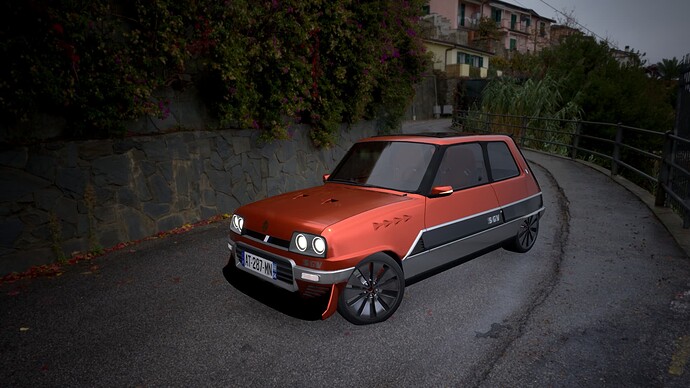 HiResPhoto107_1,920-1,0801920×1080 165 KB
French engineers have made lots of cool shit over the years; we are particularly fond of the TGV. So we made this to commemorate the 40th anniversary of TGV service. Maybe we shoulda given it a beak front and electric drive, but at least the top speed is appropiately limited to 300km/h. Choo choo, join the cult of V8 today! 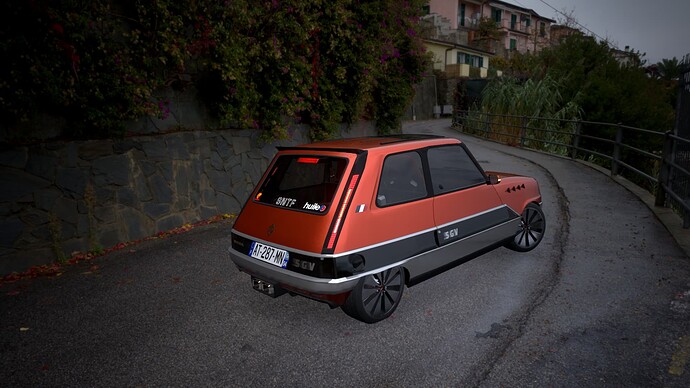 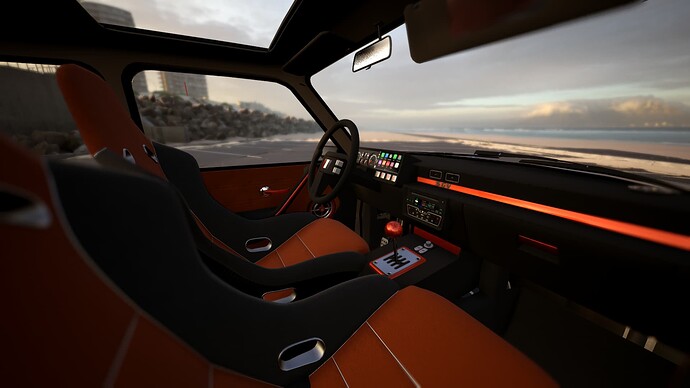 HiResPhoto113_1,920-1,0801920×1080 83.9 KB
As per request, we left the rear seats out and instead reupholstered the large-ish boot, added some tie-downs and a 6-speaker Clarinet system for blasting Boission Divine or whatever French people actually listen to. The instrument cluster we replaced with a big customizable touch screen, and the old seats with 100% mold free racing buckets. With a reinforced bodyshell, airbags, ABS and ESP added, it’s rather safe too. 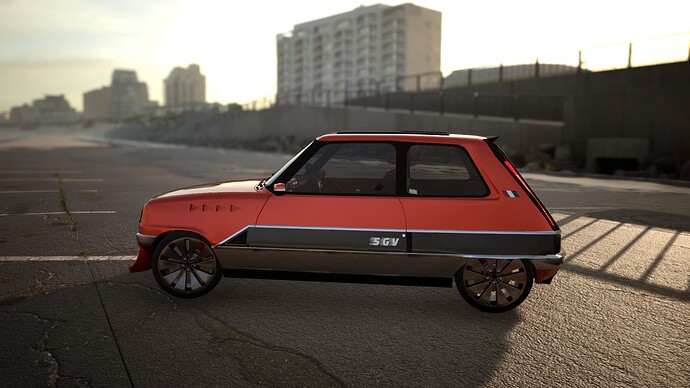 
Having corresponded with a few different restomodding companies and answered some questions of theirs, I was excited to open the first proposals and surprised to have recieved so many! However, unfortunately three of them had to be dismissed immediately: 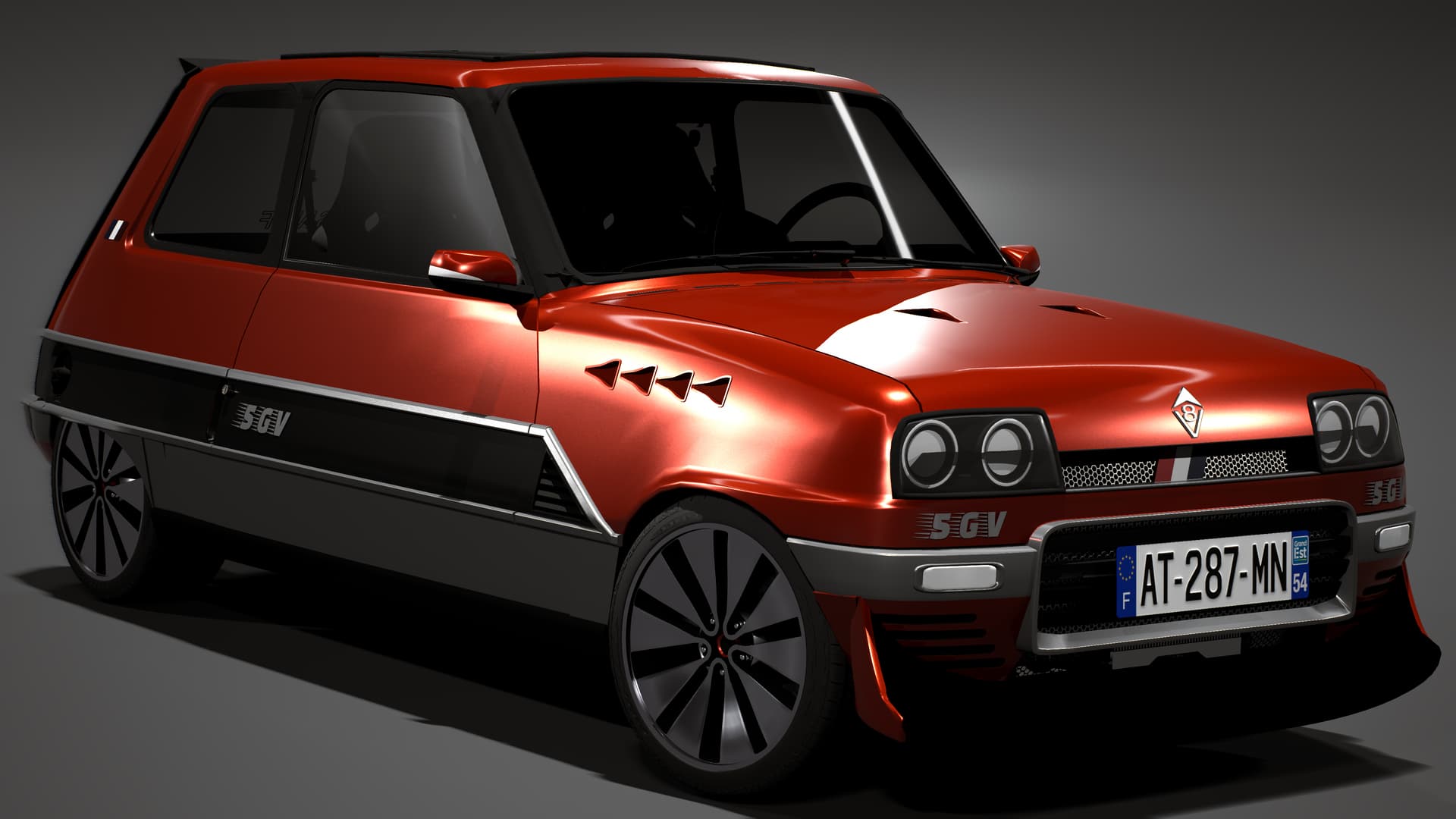 Upon opening this proposal, I loved the cleanly done train-inspired stripe decals and the slightly shouty, but gorgeous burnt orange paint. The interior was nicely updated, too, featuring modern amenities and a clean design. The heaps of torque and power coming from that crazy V8 swap sounded fantastic too, until I realized that something was off: the engine hadn’t been updated fully like the rest of the car had.

(Binned for not setting the engine model year to 2020) 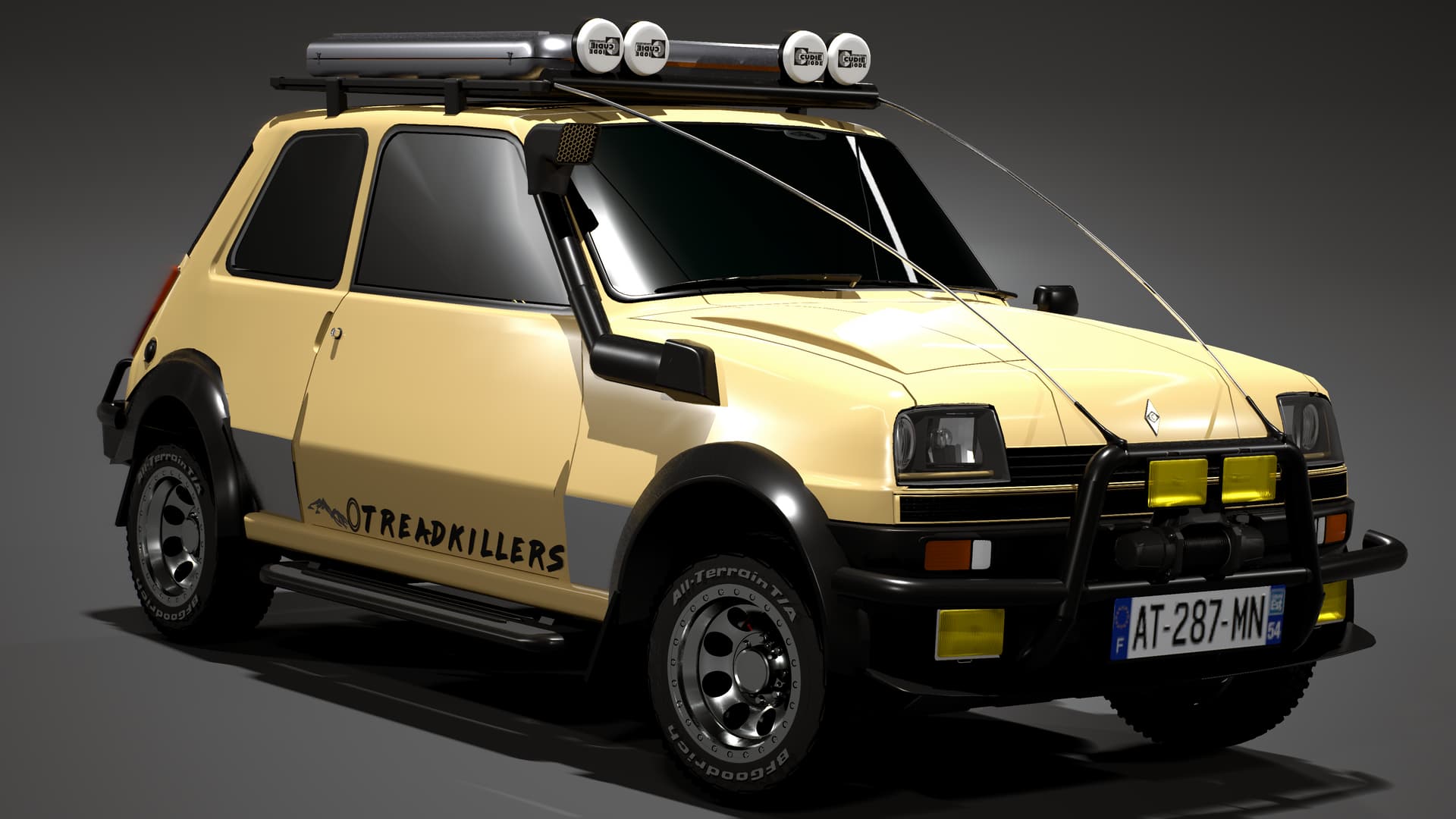 Upon opening this entry, I was quite surprised to see a Veronique with a snorkel and roof tent staring back at me! “Quite a unique and interesting approach, going for an offroad build,” I thought to myself. On the other hand, I had hoped to be rid of that horrible beige color once and for all. And the paint was far from the only thing holding on to the past: TreadKillers had forgotten to update the engine and body to modern standards. 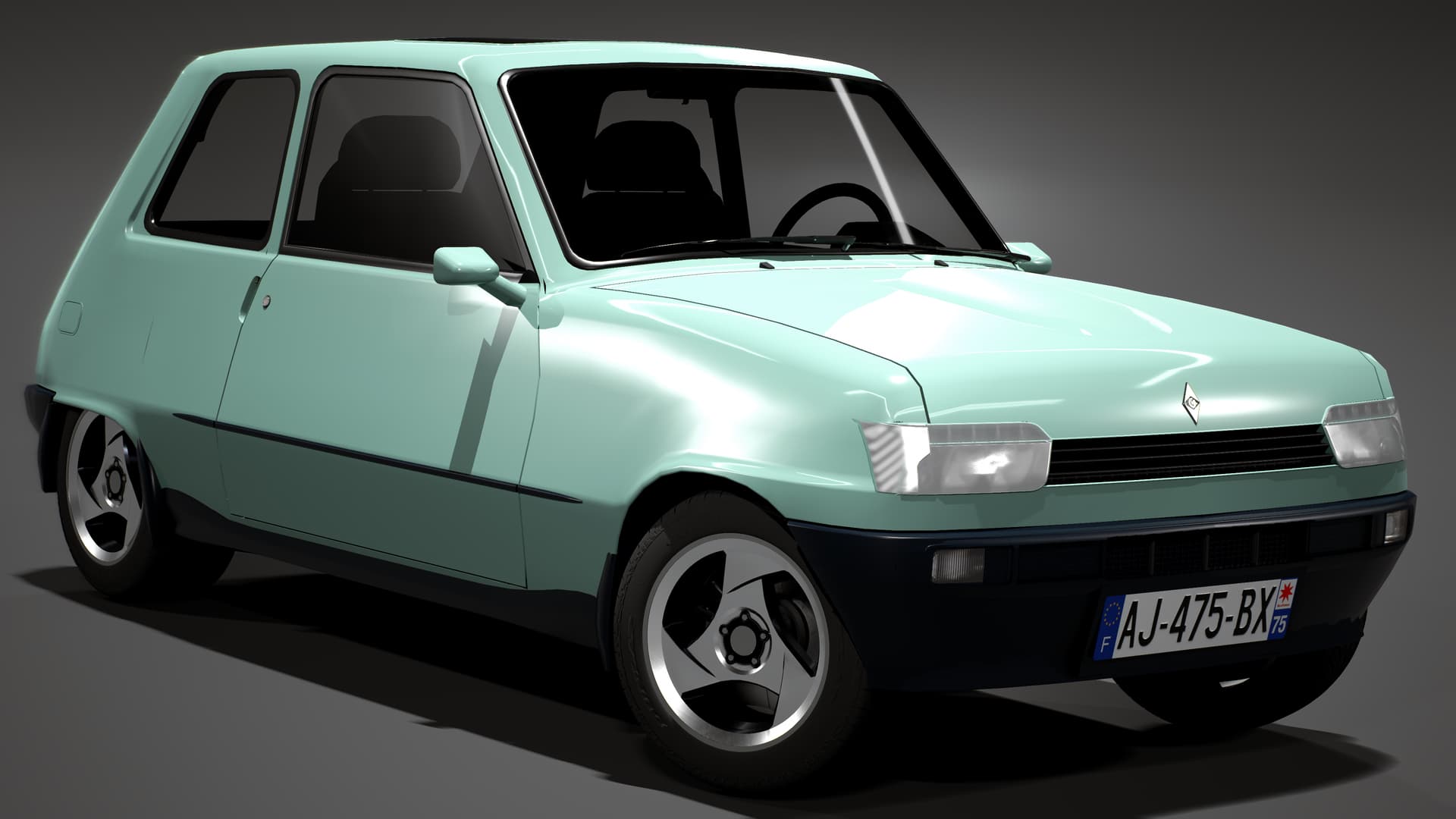 The fun '90s inspired look, the simple but modern interior and the subtly beautiful eggshell paint made this one quite a joy to look at! However, things fell apart when I got to the engineering. After an error in their calculations forced them to rework their engine last minute with higher quality parts, Mons Customs realized it would actually take them quite a lot longer to get the engine built than I was willing to wait.

(Binned for blowing past the Engine ET limit)


For anyone who got instabinned and still wants to know how their car would have stacked up: don’t worry! I plan to release the judging spreadsheet for this challenge once all is said and done, including where the instabinned entries would have slotted in.

suprised i made it thru bin wave 1 tbh

MR2!
Oh well, will look towards the judging, fun to actually “finish” an ARM car for once.

Really sad to see your entry binned, I really loved its styling, that was a great looking restomod!