ARM19 - Lemon Down Under [Submissions opened]

Liam Murphy is a born and bred australian. Coming from a middle class family in the Sidney region, he rose through the ranks and became some kind of a financier. With many hands in many pies, he juggles many companies, from investment firms to import/export company. In short, he’s very rich and very successful.

With a garage full of exotic car, you’d wonder why he has an old '74 Leyland P76 in his driveway. Well, as quirky as Liam is, he decided it was going to be his new daily driver!!

A good way to get people talking, but the joke was on him - even the Omega Navy Metallic colour wasn’t helping. It was a crap car. He could just take out a an old Mercedes out of his garage and trash the Leyland, but no.

It did not help that his wife kinda liked the car. Her grand dad had one and she heard about it often from her daddy. How it was maligned for nothing, how it was actually a great car. Obviously, he never drove one, but the myth was prevalent.

So… the P76 will not be seeing the trash bin. Liam does not have a lot of time, when he is not managing his companies, meeting clients in many cities, from the city to the middle of nowhere, he loves golfing and paintball. He looks young but the wrinkles on his face tells a different story. He’s not a young stud anymore.

That means one thing - finding someone that can do something about that piece of garbage in his driveway. He’s gonna drive miles and miles in this thing, it’s gonna be a daily driver. He does not believe in private jets and valets and town car, he likes driving. A lot.

He’d need the P76 to keep up with him, daily. He needs enough power to get by and make up lost time on the highway, but if he wants to drive on a track, he has a dozen of cars for that.

He does have to deal with the occasional recluse or rich out-of-nowhere farmers and the likes, so he’d need the car to not do a rapid unplanned diassembly on the dirt. Oh, and because of his wife, he does respect the P76 origin - he wants something modern that that survive his lifestyle, but something that is still as authentic as it can be. He does not need a Leyland Baja Armored Hovercraft.

Who wants to take on that challenge and do some magic transfiguration on the Leyland? Beware, he has a set price he wants to pay to restore it, not a penny more, but he does not care about that budget much. 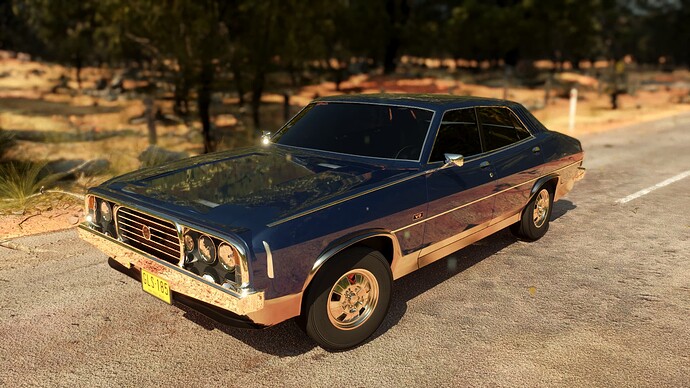 Ah the Leyland P76. A thing of legends down under… and horrors.

Released in '73, it was supposed to be Leyland’s flagship. Instead, it was its downfall. A large and comfortable family car, it was built to take on the Holden Kingswood and Ford Falcon. It only was able to make its mark in the halls of horrors.

Assembly and production issues plagued the car with major issues - when the rear window did not fall out the back due to a draught from having the windows opened, the rust, poor seals, large panel gaps, rattles and leaks, poorly insulated exhaust and interior fitting coming out loose where are reminders of this.

Even worse, australians were not very found of the styling either. It was the butt of the joke, and still is to this day.

Can you take this '74 Leyland P76 V8 lemon and make something worthy out of it?

Tech pool is set and cannot be changed. This could affect price of some components, so choose wisely.

You are prevented from modifying any of the below elements:

You are allowed to make the following changes freely (these changes usually do not impact Authenticity):

The following changes have a cost associated with them (and most likely will affect Authenticity):

As seen in the above ruleset, some major design elements need extra money to be replaced. What this actually does is reduce your maximum listed price. For example, you swapped to a V8 and changed to a front DW, so instead of 40,000 AMU you are limited to 36,000 AMU (costs 3,000 for engine swap + 1,000 for the DW). Choose your swaps wisely.

There are very specific restrictions on ATS this round to prevent visual cheese; I have chosen to list them by category.

Engine Position is allowed but will unfortunately have to be judged as visual/asthetics only (e.g. moving the engine in front of the axle won’t give any malus or benefits).

Wheels are banned, but you may edit Tyre Tread Width, Tyre Wall Curve and Tyre Tread Curve. BEWARE: If you make the tire look much wider or much narrower than normal, I will not look kindly upon it. Slight discrepancies are totally fine. Just don’t act silly

Suspension is limited to -5 to +5 on each end; Plus, the sum of Front and Rear Ride Height must be zero (If you have +3 front you must have -3 rear, etc).

Body advanced trim settings are limited. Body Z offset is limited to 3 either way (-3 to +3), Firewall Position and Chassis Tunnel Size are allowed; everything else (meaning wheelbase offsets, track width) is banned.

Liam is a man who knows exactly what he wants… usually. For this, he wants something that will bring him respect from clients, and that is can show off in, but not outlandish or childish - he’s a consumated professional after all, but he wants to stand out.

The period from the time this is posted until submissions open is a period of rules deliberation. Please give me any suggestions you might have in terms of rules refinement and clarification.
Edits
8 Likes
abg7 8 January 2023 04:30 #2

I think cross-ply tires should be banned - nobody used them by 2020 anyway.

As for the weight distribution and weight optimization sliders, should there be any restrictions on those?

but keeping the original block and bore/stroke costs 2,00 AMU.

Also, the reduction in maximum approximate cost (from $45k to $40k AMU) makes sense - the new price cap is a more realistic value for this round, given its premise.

It would probably be best to dm the host these questions directly doot. Otherwise everyone would see the answers.

what if i want to spread the wealth

Yeah it specifies in private please

Yep, thanks, it is fixed now

Any engines can be swapped in for a cost of 3,000 AMU. Any Family modification other than the Head is considered a swap. Beware Authenticity here.

What happens over tech pool with a brand new 2020 engine? Surely the engine wouldn’t be restricted by the original engine that’s getting weighed in?

it doesn’t, actually, so i was trying to give everyone information in the hopes others would as well

Good point. Initially I did not allow full engine swaps, so I did not think about that when I changed my mind. Let me think about it quickly.

I hate to limit people too much, but the engine is actually the only (very) good part of the car…

Updated the rules with TP allocation for an engine swap and an increased price. Rules will be closing later tonight.

What we have done to the car…

The engine is the original, restored and modernised with electronic ignition and EFI

The body has been cleaned up, the front is redesigned, true to the original, the fenders is slightly widened to house some wider tires. Discrete bodymoldings has been added to replace the bumpers.

The interior is completely reworked in black leather and custom made dashboard with the latest in climate control and infotainment.

This is a subtle modernisation of the car to make it a comfortable and exciting ride. 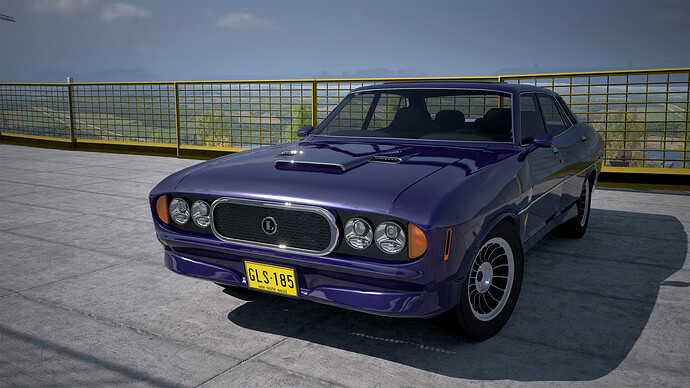 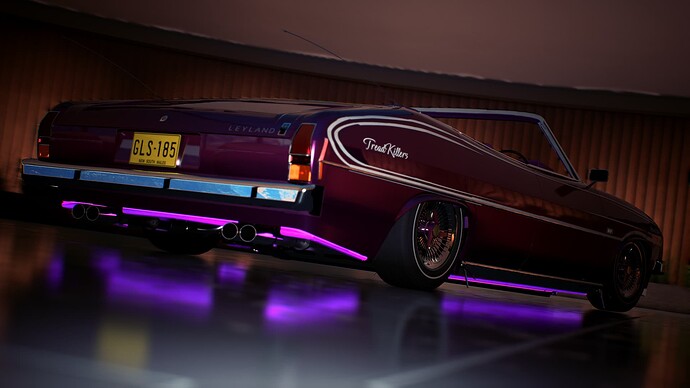 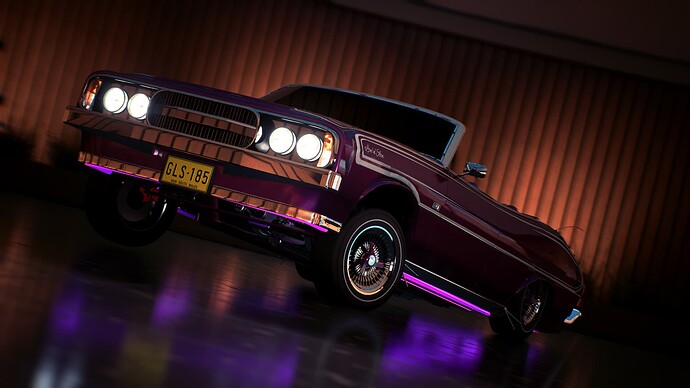 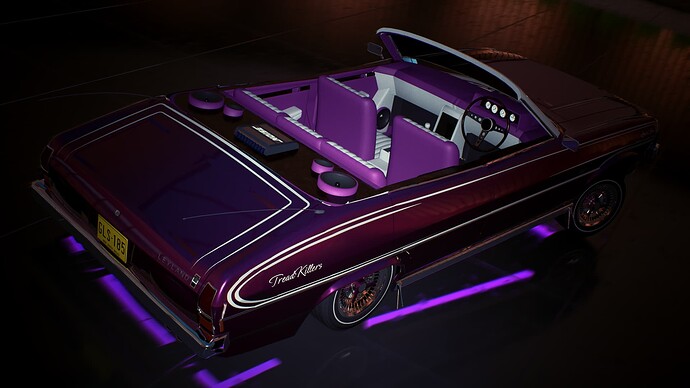 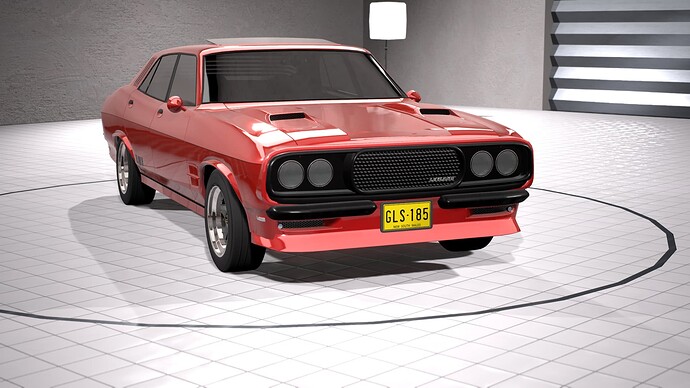 HiResPhoto402_3,840-2,1601920×1080 163 KB
Up front, we modified the grille, now it looks more like a muscle car and less like a panda having a hangover. Some genuine Häkka Black headlights (originally intended for BMW but suits the Leyland exactly as well) complements the grille treatment - and are fully street legal, those are no spray tint hodge podge jobs. Slimmed down bumperettes replaces the clumsy front bumper, small LED turn signals are incorporated in the front vents. A custom front spoiler and hood scoops further enhances the muscle car inspired styling. 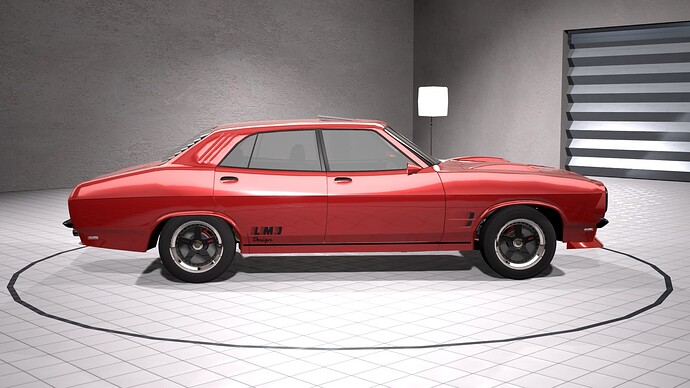 HiResPhoto403_3,840-2,1601920×1080 157 KB
For a sportier look, we put some vents in the front fenders. The sides are shaved from all unnecessary trim for a cleaner look, and the parts still left are blacked out. Side markers are replaced with small, modern LED units. Classic bullet type mirrors are installed, as well as meaty 17" rubber on genuine split wheels, making the car hug the road. We also fixed the old hodge podge custom job when someone, for some reason welded the vents in the right C-pillar shut.
(OOC, I guess you forgot to mirror the fixture but it made for an interesting take) 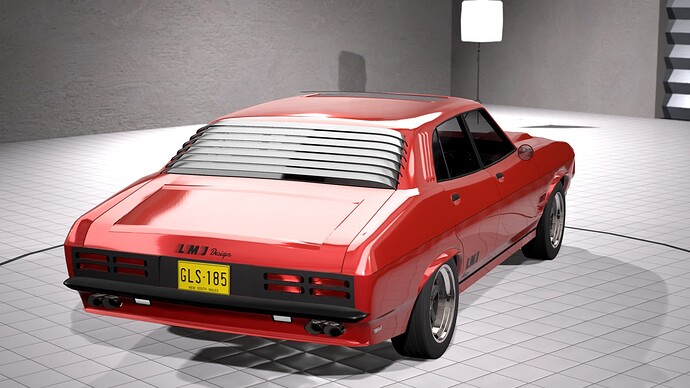 HiResPhoto404_3,840-2,1601920×1080 147 KB
Even in the rear, we installed a slimmed down bumper, complemented by a custom rear pan. The blacked out panel now has taillights from a 1967 Pontiac GTO. Further retro touches are rear window louvers and a flip-up glass sunroof - both necessary accesories if you wanted to be king of the road 40 years ago. To top it all off, we finished it off in a pearlescent red that has a subtle copper sparkle in the sun. 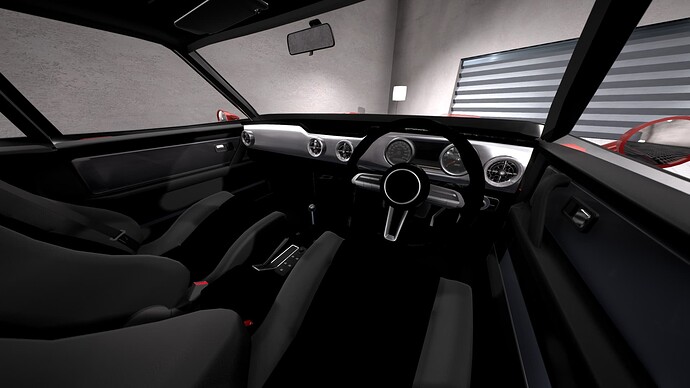 HiResPhoto406_3,840-2,1601920×1080 96.2 KB
We installed the dashboard from a S197 Ford Mustang, retro muscle car looks with modern ergonomy, and like most of the interior it is refurbished in black leather and alcantara. The dated 00s sound system was however replaced with modern touchscreen infotainment. 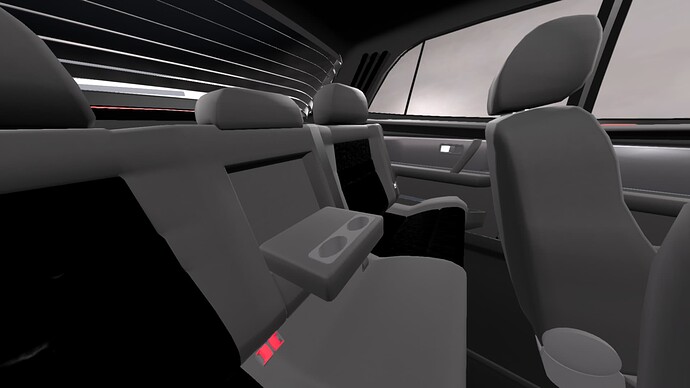 But that was the aesthetics, how about the important stuff, the mechanics?

To start with, we dug into the British Leyland parts bin, and replaced the front and rear suspension with their finest parts, sourced from the Jaguar XJ6. Even though the Jag brakes were among the best on the market in the 70s, they don’t really stand up to modern stuff, so we installed larger rotors and ABS. An aftermarket electric power steering system makes for relaxed driving around town. Power output of the engine is bumped up to 286 hp with a hot camshaft, tubular headers, raised compression and an aftermarket fuel injection system, and of course we mated it all to a modern six speed transmission.

All of this fits inside your budget, keep $100 for filling up the tank and having fun!

(I am so sorry, it ended up being a real bad idea and execution for a challenge, let’s move on quickly and forget about it. Thanks to all those who endured until now! Still some time for other masochists to enter.)

What? I see nothing wrong with this ARM at all?

Yeah, some discussions with other it seemed it was not exciting or fun for many and they gave up. I can understand, not an exciting car and not a crowd pleaser, and I asked to keep it not too exciting and authentic while the base car is pretty bad, with tight margins… I forgot a bit about the fun part of ARM and just focused on the challenging part, too much it seems according to many.

Mea culpa. I personally would have liked to enter such an ARM, but I like those kind of tight challenges and can understand not everyone does, hehe

The quality limitations and other restrictions on morph were a turn off, particularly with a car like this which screams extreme changes to be relevant.