The deadline will most likely be mid-late January, with the deadline for team formation around the end of December.

Ok, polls have been open quite a while. Here’s my thinking on them…

First and foremost, an overwhelming majority is in favour of raising the year to 2020. With three quarters supporting it, I feel comfortable picking 2020 as the new year.

Second… Cost. No option has won a majority. However… Most people are in favour of some raise, and the most supported number is 100k. With nearly-equal numbers for above and below 100k, I feel that the best option is to set the budget to… 100k.

If anyone has immediate concerns, I will wait around 24 hours to edit the post.

I agree with the changes you are about to implement - a budget of $80k may not be enough for a full-size luxury car anyway. Besides, in 2020, you have even more tech to play with compared to 2015.

The rules have been updated, and a 4th team has been added. In addition, the initial deadlines have been set to 31/12 for team submissions, 17/1 for car submissions and 24/2 for the end of voting. This gives a good few weeks to make cars, and at least a week to vote.

must say, some real names have entered.

Are V16 engines allowed? Nothing says in the rules, just want to be sure in case you are not in possession of the DLC.

For the sake of a even playing field, and due to the nature of this challenge (where one person not having the DLC will cause issues), V16 engines will be banned. This will be added soon.

As for reliability: there is no hard limits, and I will not be rejecting cars based on reliability. While nobody likes having their expensive car stuck in the garage all the time, there are indeed some successful but unreliable brands - like Range Rovers. Ultimately, I cannot say what is or isn’t important. This challenge will be determined by a community vote, after all.

Thanks to everyone who has entered. Team entries have been processed, but please send a reminder if I have missed you. I will publish details of the voting format soon, and good luck with your developments!

I messaged you about a team i wanted to put together a while ago, but you never got back to me on it

My apologies, I have shot a DM and will add your team (contingent on verification over discord).

Okay, with teams finalised, I have also made a draft method for the voting system. The vote will be divided into four parts, rather than the initial three I had mentioned.
All voting will take place via Google Forms, and will require voters to enter their forum or discord username for validation, to prevent multiple voting. For each category, voters will select their favourite, second favourite and third favourite. I do not believe that forcing a “full” evaluation is likely to be productive.

Part one: Engine evaluation. For this vote, the car’s engine will be considered in a vacuum. All engines will be shown with their torque/power curves, along with the “engine statistics” panel in the testing tab and with the engine bay fill statistics appropriate to the engine. Notes will be made about any valve float, knocking or excess stress which is displayed.
Part two: Chassis evaluation. For this vote, the car’s chassis will be considered from a statistical viewpoint. For this challenge, I will calculate the car’s drivability, sportiness, comfort and prestige ignoring any effects of the engine, to get the engine-independent statistics (see below for details). These modified stats will be displayed, in addition to reliability, passenger space, fuel economy and price. The car’s chassis, panel and suspension type will also be shown, as well as the seat configuration and any other worrying elements.
Part three: Aesthetics. For this vote, a series of images will be displayed for each car. Four “standardised” images will be shown, maintaining consistent lighting and camera angle. Teams may also provide up to two images of their own, which should only contain one car in the configuration supplied.
Part four: Personal favourite. For this vote, a condensed form of the information in the past three votes will be shown to all voters.

The winners for each category will be tallied up. In addition, each car’s performance across the four will be found from a weighted average (40% for part 4, 20% each for the other 3 parts), and the final scores will be displayed.

If anyone has concerns about this structure, please feel free to raise them.

In addition, I will be willing to look over each entry up to two times to perform a quick check for rules and realism compliance.

In other news: ACDC now has a discord server set up! The server is optional, and challenges will continue to be hosted here on the forums - the server is to make group-finding easier, and to give some logistics.

Check out the Automation Collaborative Design Challenge community on Discord - hang out with 4 other members and enjoy free voice and text chat.

IMPORTANT NOTE FOR ALL TEAMS: Following a vote on the ACDC discord, there is overwhelming support for an extension to the deadline. Entries will now be due by the 24th.

TO ALL PARTICIPATING TEAMS:

There are approximately 48 hours remaining for submission. When you submit, please send: 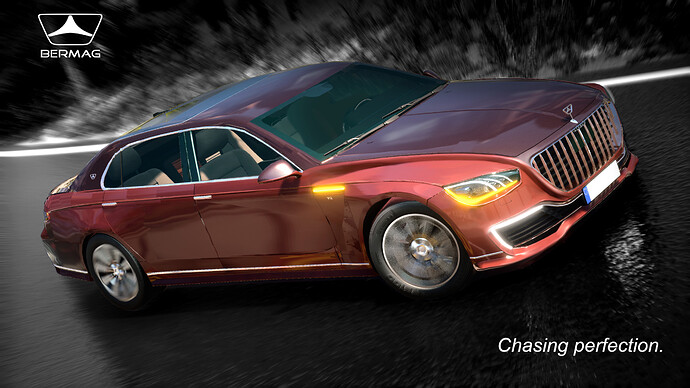 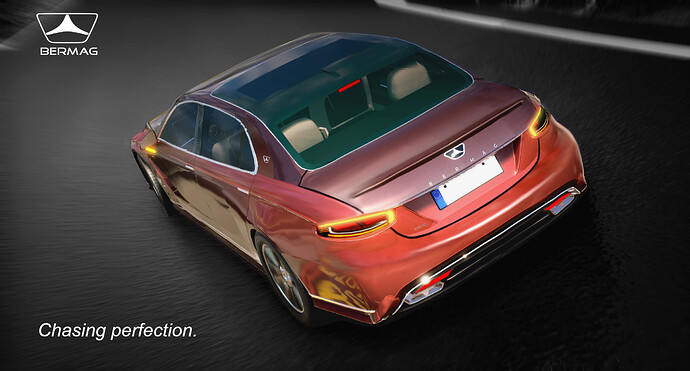 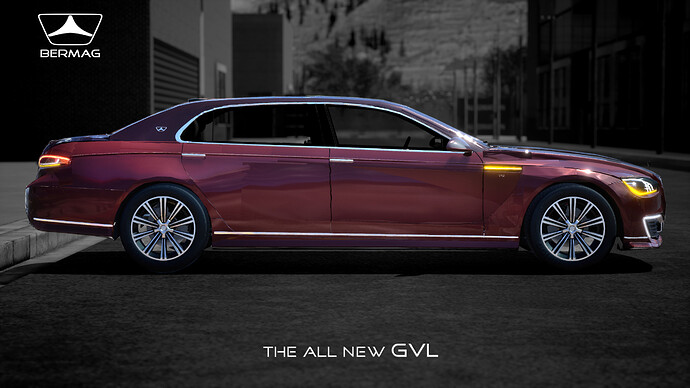 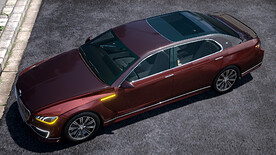 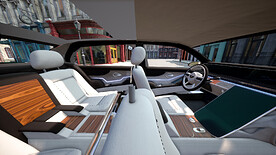 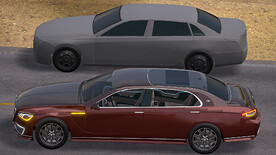 In a world that tells you what to do, follow your instincts. Close your eyes and journey to the far reaches of your imagination. Now open them. Did you reach your destination in a Concorde?

The world’s finest A-grade leather. Hand-crafted wood veneers please sight and touch. Master craftsmen have worked the finest materials to create a finish that is beyond exquisite. This is your space to rewrite the rules. 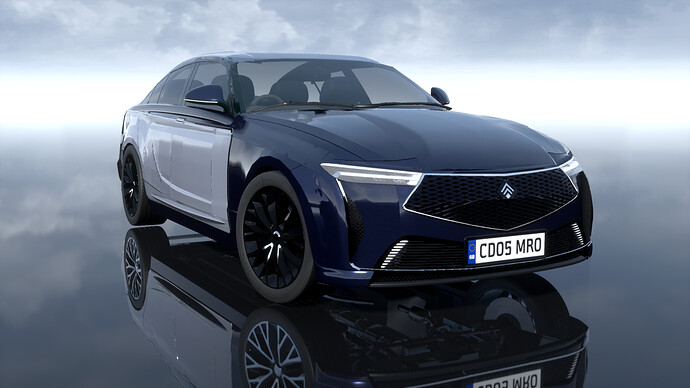 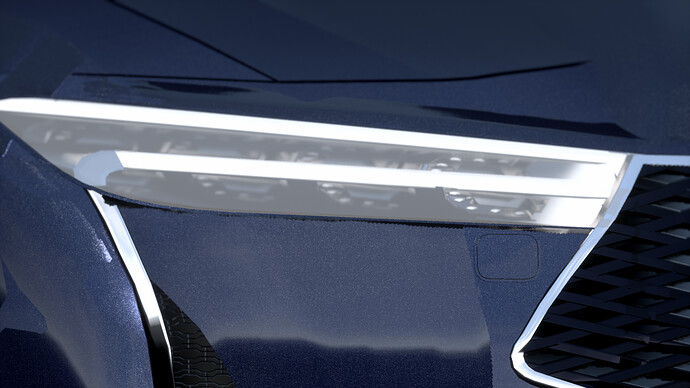 Introducing the all-new, 2021 Voltari Autechre, the most advanced and most luxurious Voltari to date. Featuring a futuristic and imposing exterior design, captured first in the front fascia, continuing on into the tight door line, the Autechre stuns from any angle. The Autechre also wears Voltari’s signature “Winged Active LED” headlights, that capture a unique look all it’s own. 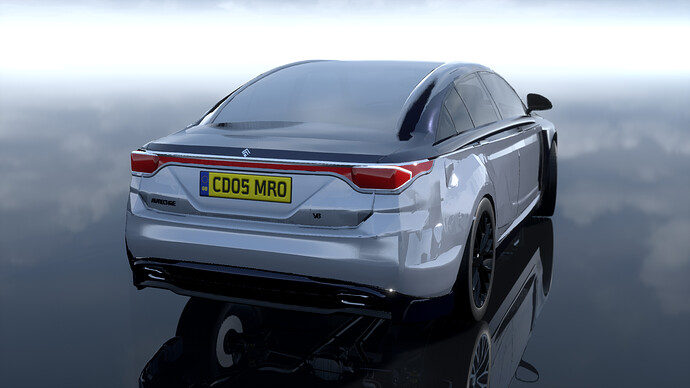 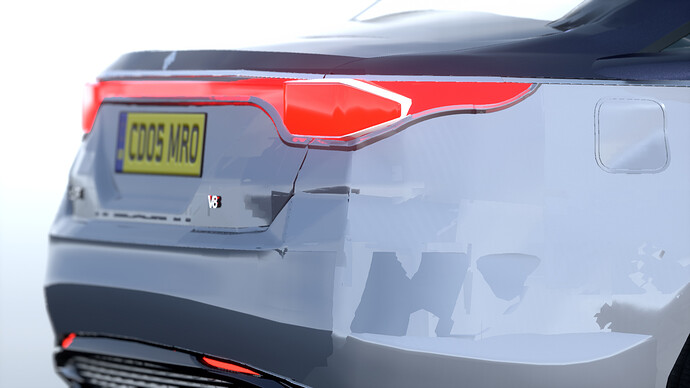 Continuing on to the back, the Autechre is the first Voltari to sport all-new 3D effect taillights, yet another distinguishing feature. From the rear, you can also see the inventive “Floating Roof”, which gives the interior occupants an unmatched view of the world around them, continuing on the innovation throughout the exterior. 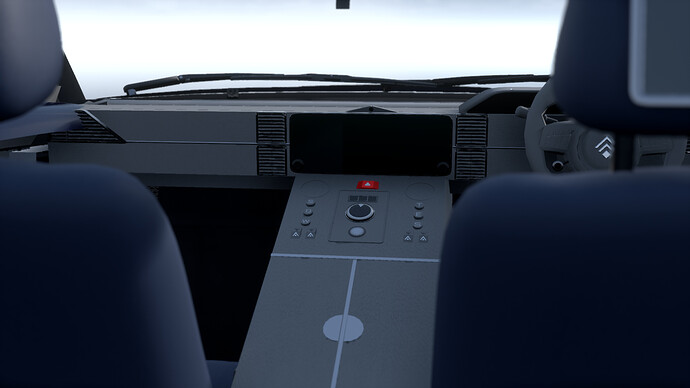 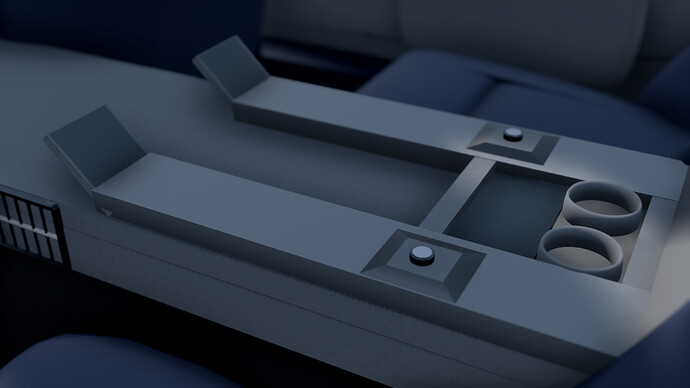 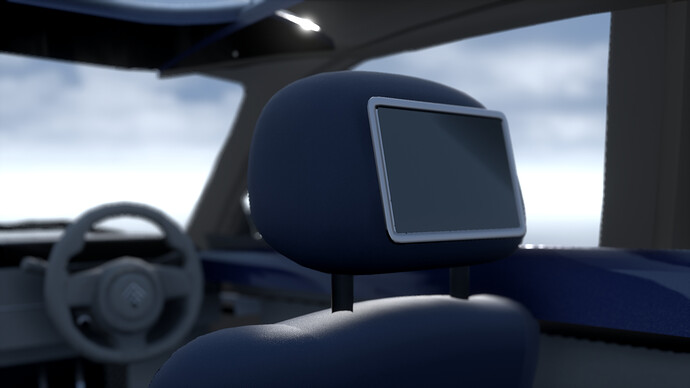 Moving to the inside, you’re greeted by the most technologically advanced interior featured in any Voltari to date. Starting with the front cabin, the driver has access to a 16.1 inch Voltari DriveDynamics display, giving instant access to every function of the car, such as current speed, gear, tachometer, etc etc. The seat controls are also inventively placed on the side of the center console, for easy access. From there, you also have a 13.3in OLED center screen, allowing control over the 30 speaker Engström sound system, navigation live-linked with Google Maps for real-time route updates, as well as control over several customizable drive parameters, that can be quickly reached via the 3 buttons on the right side of the gear selector.

The rear seats aren’t left out either, with passengers receiving digital controls for their seats and climate settings, heated and cooled cupholders, twin entertainment displays, each one independently controlled via the dial on each armrest. All seats in the Autechre feature heating, cooling, and massage. The rear seats can also extend out, for extreme comfort. 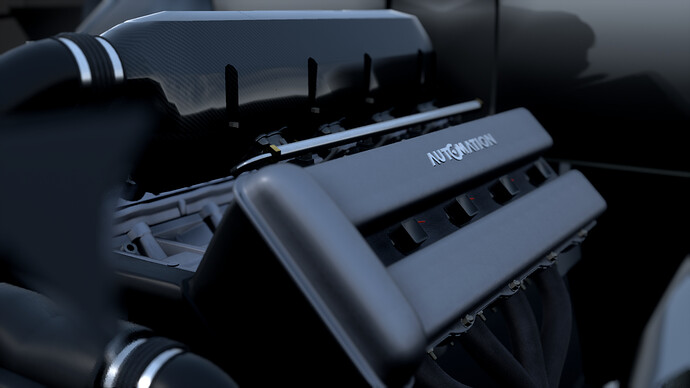 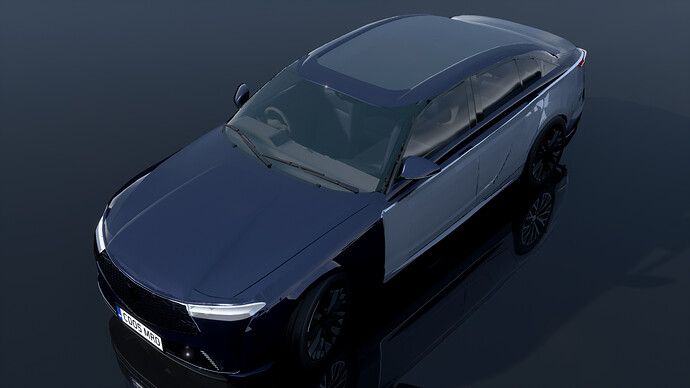 The 2021 Autechre is on sale now, starting at $100,000, and this example is painted in Aura Blue and Snow Teal, with a Heather Grey and Aura Blue interior. This now concludes our presentation on the 2021 Voltari Autechre. Scroll on for more images. 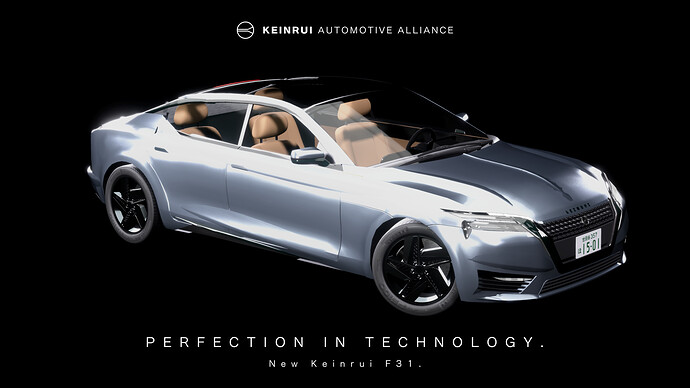 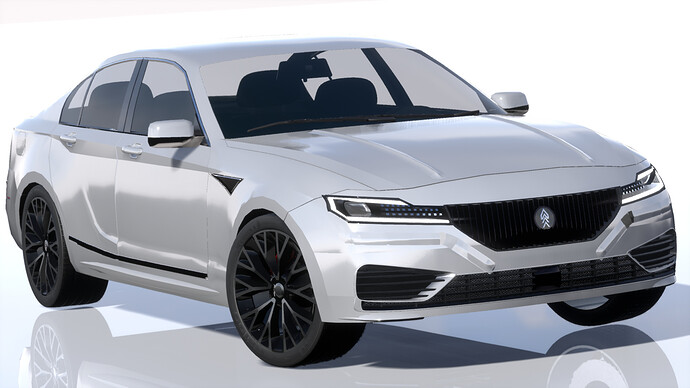 Underneath the long bonnet is a smooth 5.5 litre V10 developed alongside Kapati, it produces 516 horsepower. 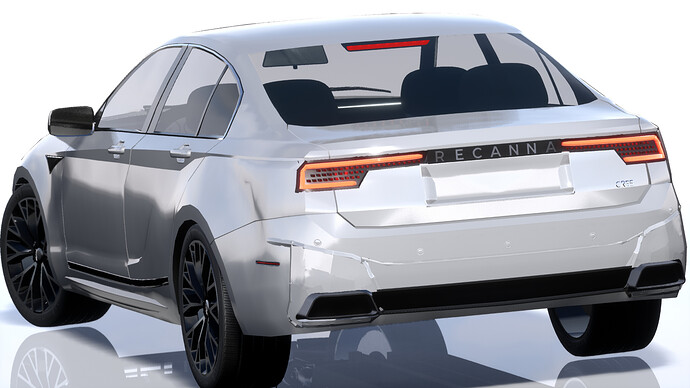 Take to the roads once more behind the wheel of your executive German saloon. 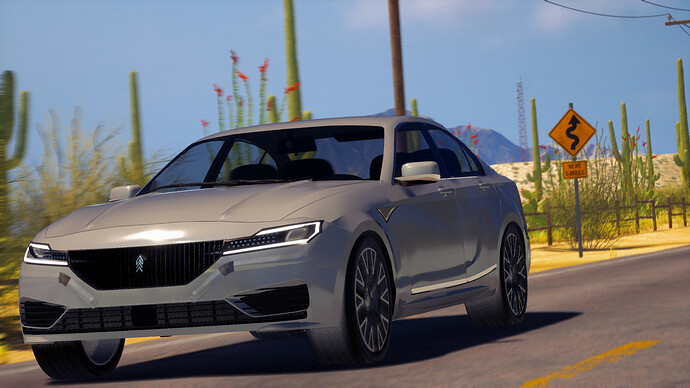