With it’s distinctive American looks, and high-tech engineering, the Shark is poised to take the front stage in the international spot light. Built on an AHS Steel Unibody chassis, the Shark holds a simple, but rugged McPherson Strut front end suspension with an all-new for AEA Semi-Trailing Arm rear end suspension.

These cars will be powered by the brand new Nevada SOHC 3v V8 engine series! With a rumored 300+ hp output, these engines will replace the old V8s American Eagle Automotive has relied on for so many years. Not only that, but there is a planned GTX trim that will get a first-of-its-kind for AEA V12 engine!

You heard that right, a V12 engine produced by American Eagle Automotive!
They’re calling it the T62 - SOHC 3v V12 engine family. While they don’t have one to display today, they are showing off some selective photos on the big screen. They say the GTX trim will be primarily focused on High Performance Grand Touring and Prestige.

The GT trim is slated to be priced around $24,700 AMU, and boy does it come equipped for the price! With a sequential gearbox and viscus lsd, this car will feel fast! Running on 245mm tires front and back on 19" rims with an active suspension it will corner like a slot car! And to stop the beast, it will come standard with big, vented disk brakes!

American Eagle Automotive even has a fully clad under tray with active cooling flaps to keep the aerodynamics up to par! No exact figures have been shown, but the word is this helps the car achieve a combined 20mpg (us)!* And you can do that in comfort, as this car comes standard with premium leather seats for 4, and a premium SatNav system with all the driver assists you expect in new cars!

Representative: “The Shark GT will be able to achieve a 0-62mph time in less than 6 seconds, and the quarter mile in less than 14 seconds…”

*[Note: this body seems to be less aerodynamic than it should be, maybe the mod author has set the drag coef. too high? or something?]

I’m about to PM you and send in my entry. But I haven’t done so yet, so how do I do it?

you pm @Sillyworld and attach the export file.

I don’t know the recipient’s email address, though.

ok so go to the top page click on silly’s name an option will come up to message him go from there. hope this helps.

We’re not here to build the fastest or the most powerful muscle car. We’re not tied down to outdated conceptions of gas-guzzling V8s of the past. We’re here to build the muscle car that Fruinia truly needs. When you experience 334hp and 0-60 in 5.3 seconds, you’ll wonder how this is even possible. 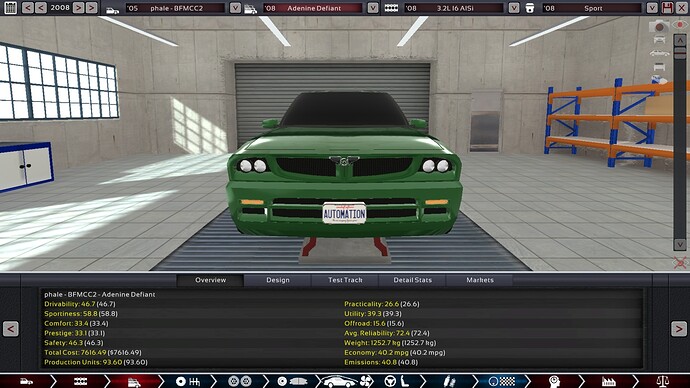 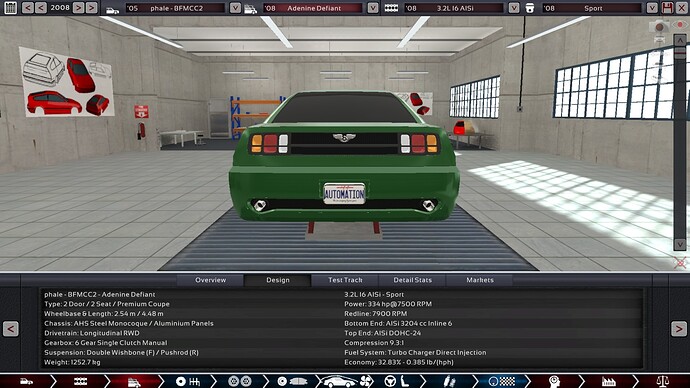 Great economy, and not just for a muscle car. But I am afraid it will be an economic nightmare to produce, with a pushrod-actuated rear suspension and aluminum panels (the latter can only be mass-produced on a large scale from 2013 onwards; it’s a limited production item before then), even though the scoring for this challenge now only uses estimated prices. I suspect your car is actually more of a conceptual study. Even so, I am sure that combining economy and performance is a great idea, and a well-executed one to boot. 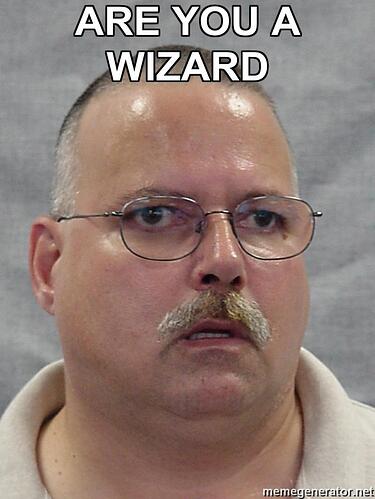 I put on my robe and wizard hat.

Welcome to Automation, where you can get a taxi with 1000 hp, city budget cars with pushrods and dual clutch transmission, cars with 7,000 rpms of lag, and so many different hyper cars that they saturate the market.

Don’t worry, new competitor pack and incorporation of engineering times (in Tycoon mode, kind of hard to do this in Sandbox only) will see real-world choices make more sense. 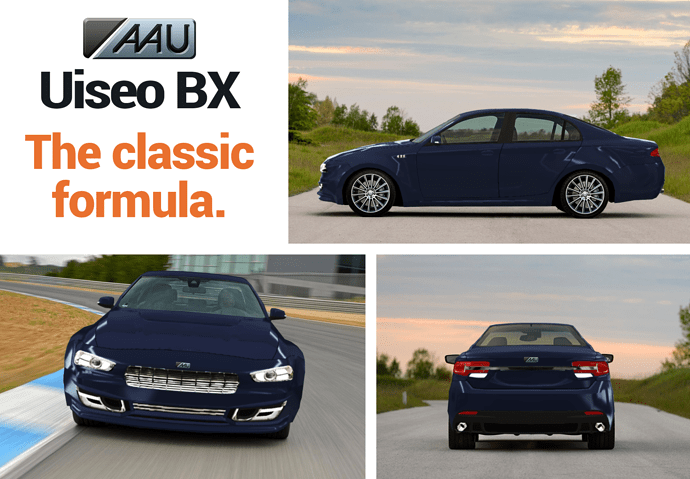 Thanks to all for sending your cars. Now the I’m no longer taking entries. A total of 19 contestants for this stage

Expect the results and the blurbs around friday

More than a thousand horsepower.
Around the 'Ring in under seven and a half minutes.
Yours for less than $20000 in the cost-conscious R1B trim.

Firebrand - Believe in Iron and Steel.

i just have to ask. how many frames is that? did you have to did all the frames 1 by 1?

and how do you get it into the .webm format?

4chan kinda aided in making this.

and for something made in a literal 13 seconds. i would say this is not too chabby.
and although my muscle won’t be the best muscle. i think it’s gonna have the best price. 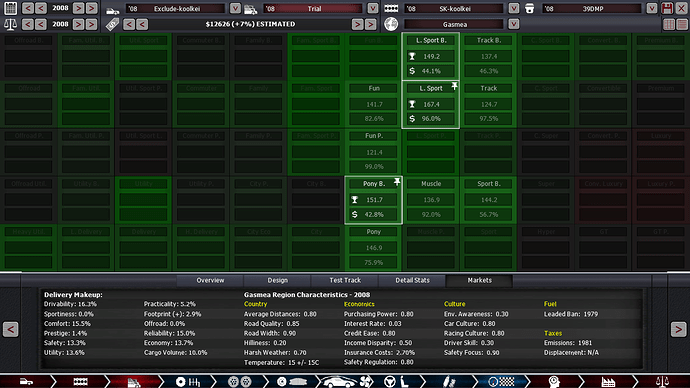 I have a somewhat dated version of Photoshop Elements (which is missing some bits compared to the full package). I could use some batch actions, but it certainly wasn’t made in 13 seconds. Mind sharing your method?

Hellcat though? 700hp sounds like some late sixties fare…

it something made by someone from 4chan.

you could record a short video and it turns it ‘instantly’ to gif. then convert it to webm and upload it to gfycat

so
HideBuildings()+gifcam+keyboard rotate instead of mouse.

which is why the background is white instead of transparent. because i don’t have any software that are capable of editing gifs