Bogliq Automotive Engineering: UE4 and beyond!

Introduced in January of 1985, the Bogliq Maverick was a US designed and built large car meant to service the US and Canadian markets. The cheaper six cylinder models were also sold in Central and South America. Initial sales were slow so, in 1987, Bogliq entered ASCAR to raise the profile of both Bogliq and Maverick in the US buyers minds.

All Mavericks are monocoque bodies with double wishbone/solid coil suspension and two engine families are used: The inline six has a max capacity of 3.3L and the V8 comes in 5L form. The purpose built ASCAR entrant uses a bored and stroked variant of the 5L V8 with a swept capacity of 5899cc. 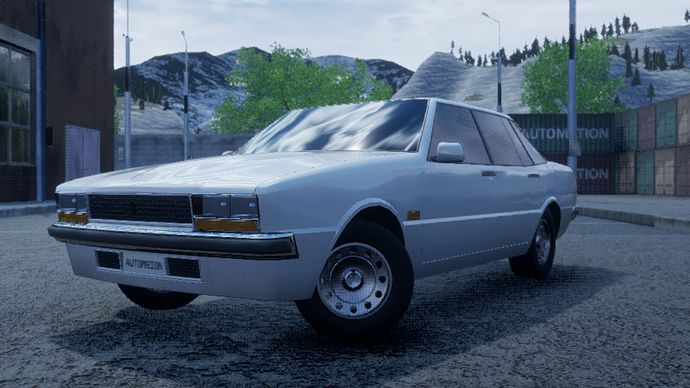 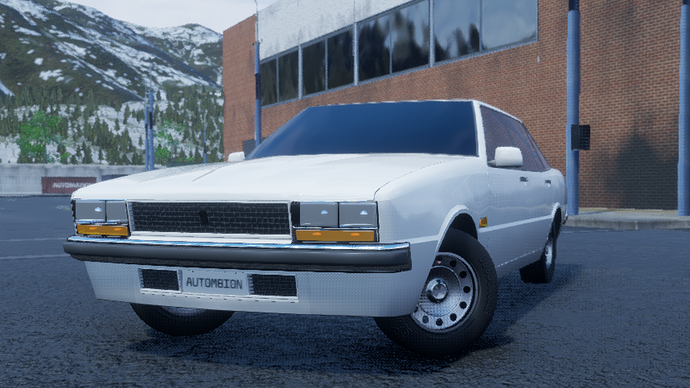 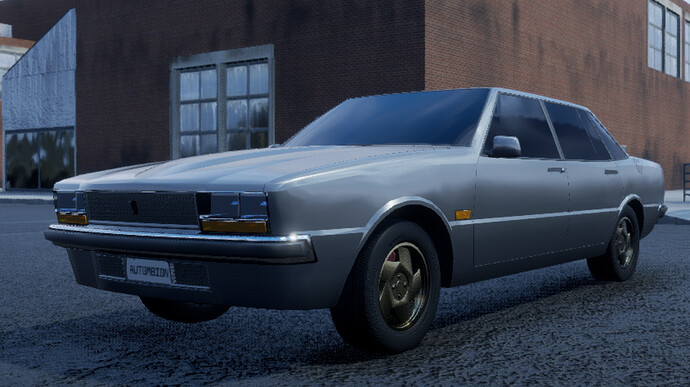 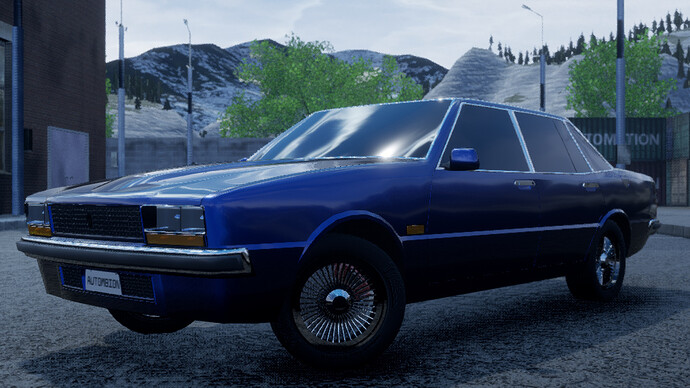 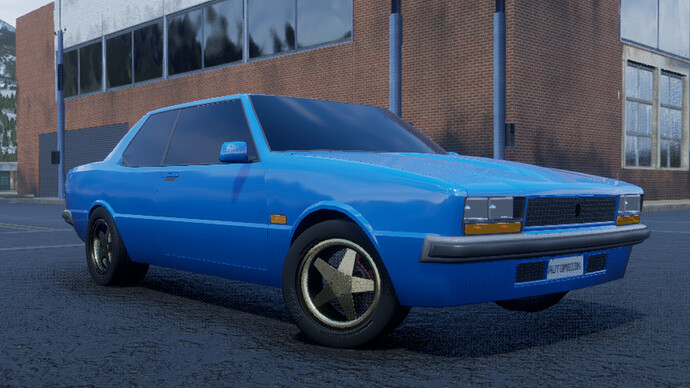 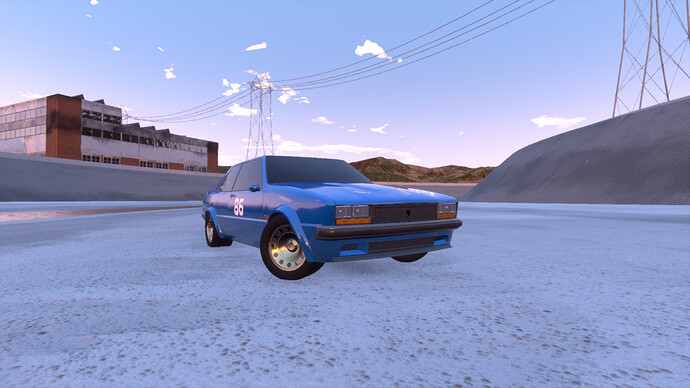 So… A new thread for all Bogliq designs made in UE4? I wouldn’t be surprised if this thread got filled up with other models they made, but your decision to give them a brief description is already paying off - and that '85 Maverick is a looker from every angle, with performance to match even from the base model!

Damn. It’s hardly revolutionary but the '85 Maverick sure is handsome.

yess… now we can do more Bogliq-Ardent rivalry posts.

Weird and Wonderful Bogliq’s from around the World! 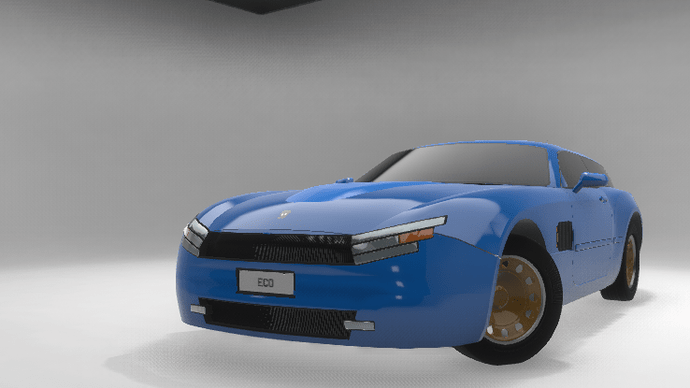 Bogliq Automotive created the Slyde as a World car, tailored to suit the market it is sold in but essentially unchanged compared to other markets around the World. This philosophy was turned on its head in Indonesia since their taxation structure punishes larger capacity motors. Normally a capacity based taxation system wouldn’t be a problem, but Indonesia’s system starts at 1500cc which is much lower than the usual cut-off of 2000cc in other comparable systems. This taxation system plus the highly social nature of Indonesian society lead to a number of unique challenges which required Indonesian specific answers from the Bogliq engineers.

Exterior
The exterior required a major alteration. A traditional sloped coupe design would rob the rear seat passengers of valuable headroom. This meant that the “Shooting Brake” body style, teased as a “Concept” at a late 2017 ASEAN Motorshow, would need to be put into production. This somewhat unorthodox body style neatly solved the rear headroom challenge and also improved available luggage space; a win:win situation! The traditionally sporty long nose, short rear proportions remained which ensured the Slyde would still retain its appeal as a sports coupe.

Interior
The interior required major lateral thinking as even five seats wouldn’t cut it with Indonesian buyers. This required two major changes: The ‘One plus Two’ front bench seat and the ‘Multi-touch’ minimalist dashboard.

The ‘One plus Two’ layout consists of a virtually full-sized bucket for the driver plus a two-seat bench alongside them. This means that the driver doesn’t lose any sense of intimacy with the car but, thanks to the deletion of the centre console, there’s now room for two passengers up front. The drivers bucket is also independently adjustable to the bench portion so tall drivers don’t force the entire back row to have less legroom.

The ‘Multi-touch’ dashboard is achieved by grouping all functions of a feature into a single, multipurpose, control which has been programmed to be intuitive. So, for instance, the radio on/off button also controls the volume and, via the infotainment screen, allows for fine-tuning of treble, bass and mid-range settings. Other controls are similarly grouped together as well. This allows for a simple, uncluttered, dash layout that has the same functionality as one with many more buttons. What was learned in developing the Indonesian dash layout would be implemented in mainstream Bogliq product going forward.

The rest of the interior was handled with careful use of colour, shading and contours to maximise the feeling of space and room. This would ensure that any sense of closeness would be perceived as a pleasant one, hence the use of the descriptors ‘Flirtatious’ and ‘intimate’ where a poor design could be called cramped or confining!

Drivetrain
A VVTi-L 1499cc four cylinder was initially proposed, complete with an innovative sequential gearbox, but early focus groups thought the car was too slow and underpowered. This lead to the adoption of a 1499cc straight six with a turbocharger. The result? 33% more power and 2L per 100Km saved! This motor was connected to a six speed automatic since there was no way a traditional manual could be installed and the sequential unit was ‘too rough’ according to the focus group. Bogliq kept the car rear wheel drive, as this was a Slyde staple, so that Indonesians could have access to a fun, budget, traditionalist sports coupe despite the changes made to suit their unique requirements! 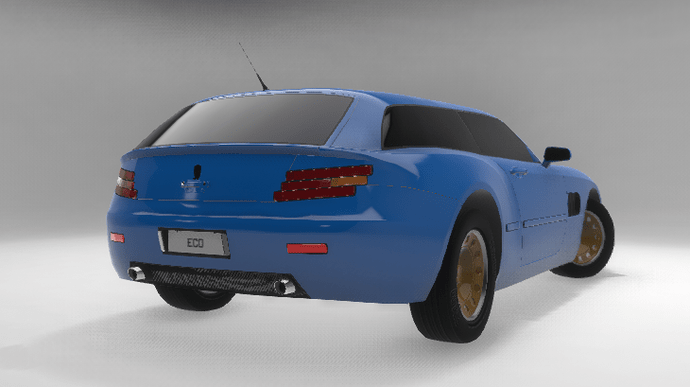 So next time you’re in Indonesia, Bogliq fans, keep an eye out and you just might be lucky enough to spot a weird and wonderful Bogliq for yourselves. Good luck!!!

But in all of the honesty; the cars are very good looking imo, but they seem to lack a bit of Bogliq I knew in my opinion

They haven’t gone away totally… You’ll (hopefully) see some on 90’s and 00’s Bogliqs where appropriate. Unfortunately, in UE4, that design doesn’t work as nicely as it did in Kee, which is one of the reasons why I’ve been doing things differently since the changeover!