Welcome to a new iteration of the Cool Wall Challenge! Formally “Used Car Shopping,” this was a challenge series launched last December, designed to have a broader scope and lower barrier-to-entry than usual. With its very broad ruleset, there’s practically no restrictions to what style or type of car you can submit; just a series of preferences to aim for, and a point-based scoring system to judge them.

It’s early 2020, and the setting is Weston, Massachusetts. Our client is 16 & 1/2 year old Isabel, whose just got her license, and intends to use all the money she’s saved up from her job as a mechanic to buy a new car. Her goal: to buy the most expensive-looking thing possible.

Rules deliberation will continue until July 9 at 14:00 UTC, at which point submissions will open. The tentative date for car submissions’ closure will be July 25, 23:59 UTC. Cool wall submissions are currently being accepted, but won’t be added until after deliberation ends (to give you time to change your mind in case rules change).

Submit your car through the forum’s direct-messages. I will allow infinite resubmissions, as long as they are sent through the same DM thread as the original; the most recently submitted entry will be considered in the contest. I will alert you once if I receive an illegal build.

Feedback welcome and encouraged during rules deliberation; please let me know if you have any questions or suggestions! :D

Also the exhaust noise needs to be above 45 to not get a penalty? Am I reading that right

Yaay, CW is back! This one looks like a lot of fun

If the engine trim and variant year do not match, that is an automatic engine-swap penalty.

I think that’s all the most immediate stuff I saw. Looking forward to what the cool wall will look like! 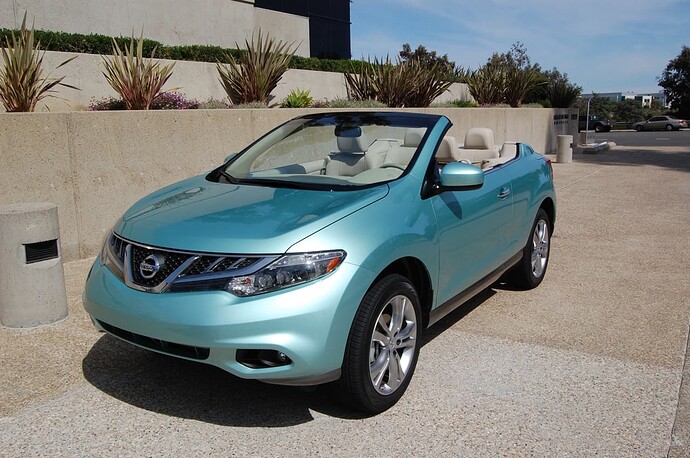 at which point submissions will open. The tentative date for submissions’ closure will be July 25, UTC.

Is this for cool wall or car file submissions?

Oh no! She accidentally used her parents’ 10-year-de-ageing bodywash! D:

Also, I think I need to rewrite the loudness penalty entirely; I’ve just thought of a better way to do it.

Engine stress up to 75% seems pretty high to me.

Yeah, but you can’t always expect a used car to be in perfect condition. Remember that lower amounts of stress are still penalized.

For trim, but now that I think about it, I could include ET as a qualifier for the engine-swap penalty as well.

I meant car trim and engine variant. Thanks for catching that.

Is this for cool wall or car file submissions

Car file. Both, technically, but due to inherent communication delays it can take as much as a day to update the cool wall.

In a bit, I’ll correct these errors and add clarifications in the first post. Thanks gor the feedback so far ya’ll!

Sportiness is not among the scoring criteria - is this a deliberate omission or not?

I know it’s not an easy thing to make but does the depreciation chart work right? If I’m reading correctly in 2020 a $10,000 2020 car would be at the right cost for the rules? (I know you cant make a car that cheap really)

Would it be worth maybe knocking the first 5 years off so the car has to be 1995-2015 so the costs seem more reasonable. Or is it safe to say making a car that new would be pointless anyway.

is this a deliberate omission or not?

Yup. Scoring areas other than coolness represent what she “needs” from the car, and she doesn’t need speed for anything in a suburb where the limits don’t exceed 45.

Yup, you read it right. I do find it unlikely that people are going to use the very newest years, and was thinking about just removing 2020. But on the other hand, having a broad scope is the whole point of this challenge; while I doubt you can make a competitive entry on $13,000, I see no reason to stop you from trying. :)

Honestly, I think the engine stress relaxation isn’t a good idea. You’re going to get somebody who actually goes for 75% stress, tanking their reliability and giving them the -5 penalty; They will be able to get a truly bonkers and overstressed engine at a dirt-cheap price - at the cost of 10 points - while everybody else is going to be rocketed up to a range of like 4.5-5 points for reliability, eliminating it as a point of differentiation. 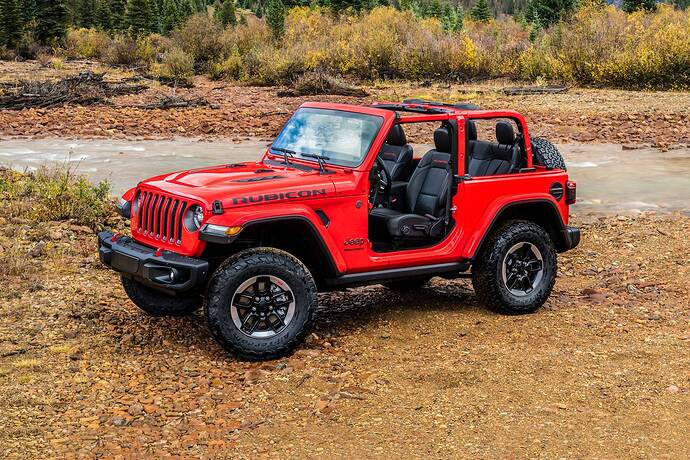 Nice tip on the engine stress. Right now I don’t see any advantage to a player doing that, since engine performance isn’t really being scored for anything, but I’ll run some tests later and look into it.

As for novelties, you’re mostly right except for one thing; it refers not to an element of the car, but rather the type of car itself; so for example, “Mid engined microcars from the 1950’s.”

Also, a note for the cool wall submissions (which I’ll also add to the original post): when suggesting an entry, make sure to tell me the make, model, year (or year range/generation), and if it’s important in your case, trim, of the car you want added. Don’t leave it to me to guess, because I may guess wrong. In the case of the 2 submissions I already got, I know @Knugcab’s CrossCabriolet only had one generation, and I can see from @frantesta’s image caption that it’s a 2019 Wrangler Rubicon. If I’ve deduced wrong, however, ya’ll get a chance to correct me before Saturday.

Is there a limit to how many cool wall submissions can be made? I didn’t see a number in the post

up to 5 real-life cars

My point is mostly that if a “spoiler” car with tons of stress does exist, it destroys the reliability aspect of the challenge (which is already very small due to it being a 1-star).

As a Masshole with a relative who lives in Weston, and who works near Waltham, I can confirm that this challenge feels like real life!

So how about a 2005 PT Cruiser Convertible GT (the turbo one) for Isabel? 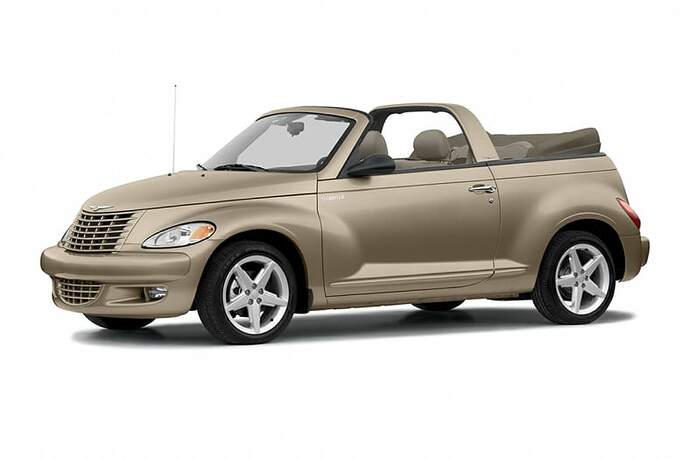 For the Cool Wall, I present the Fiat Multipla and the R230 Mercedes SL 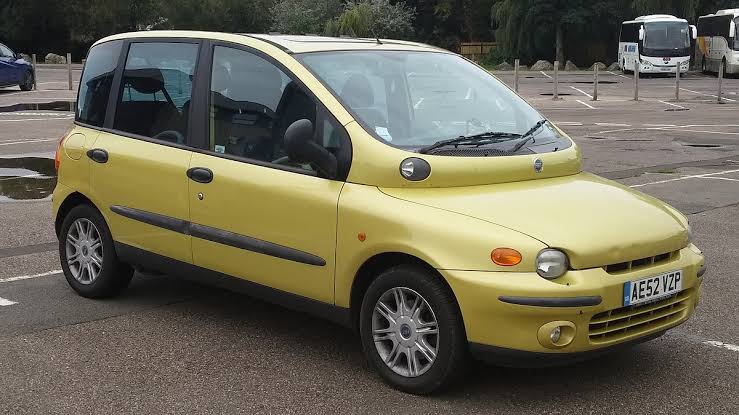 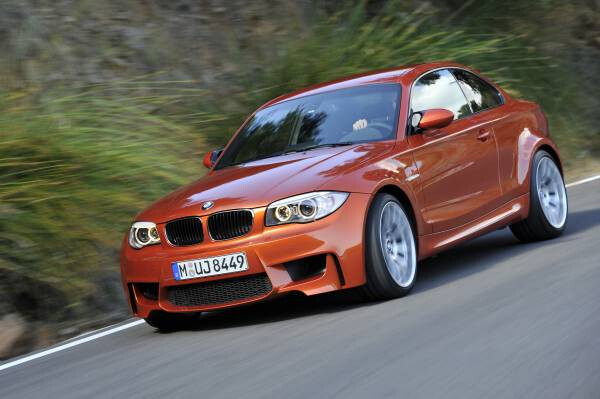 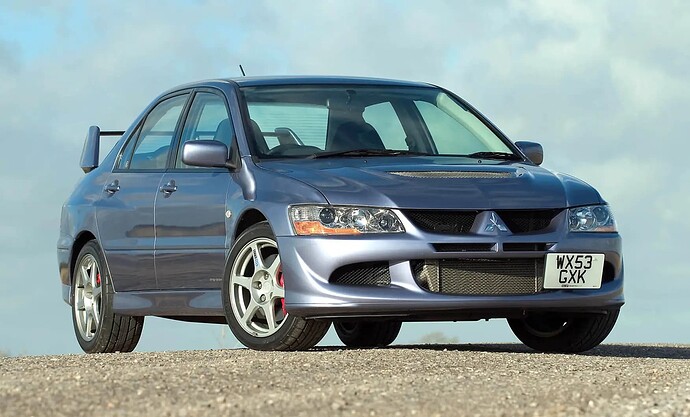