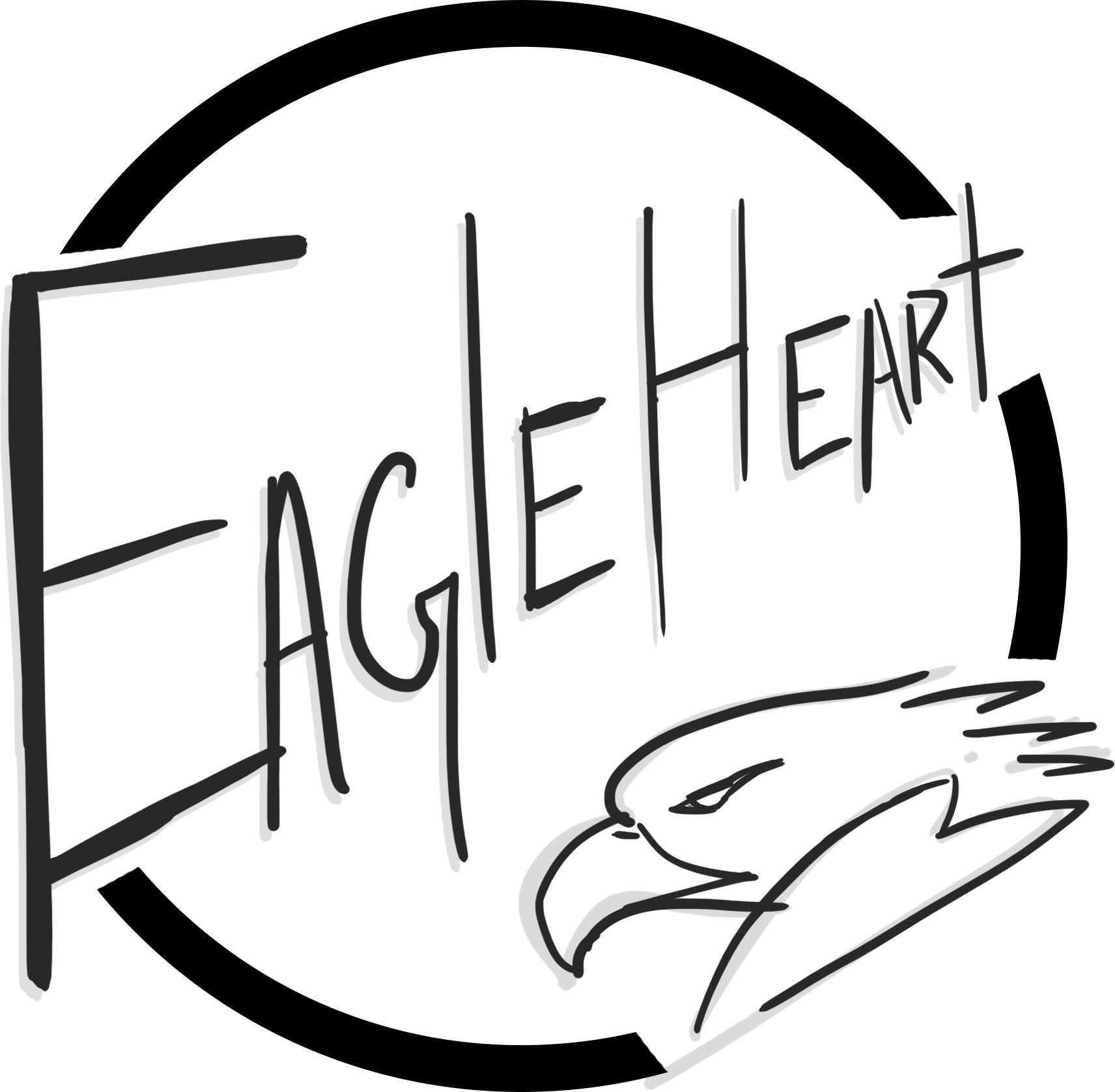 Yo, my name’s Buddy Earl, I’m the bassist for the band Eagleheart with my friend Jack “Ledsaw” Page on the lead guitar, Steven Dare on rythmn guitar and Mac “Dustin’” Lee on the drums. You may not heard of them, but that don’t matter because you will soon. Anyway’s we’re touring the US from California to Miami and we need a new ride for the trip. I’ll do most of the driving so I’m picking our ride.

Driveability: The band’s gonna be on the road for months, make it easy to drive.
Comfort: Again, they’re on the road for months, they don’t want to be stuck in a car that isn’t very comfortable
Fuel Economy: It’s '78, gas prices are high and the band aren’t exactly made of money, the fewer fuel stops, the better.
Utility and Practicality: Loading and unloading equipment is important, if it’s a pain in the ass to load and unload, the band ain’t going for it.
Styling: The band don’t want to be seen in an ugly car, it ruins the brand image.
Service Cost and Reliability: Again, the band doesn’t have much in the way of funds during this tour, the cheaper it is to maintain and the more reliable it is, the better.
Cargo Space and Tow Capacity: The vehicle will transport the band and all their stuff so at lot of space is needed, although if need be, a trailer can be purchased and used instead, but that would add more costs.
Safety: The band’s gonna be driving a lot, sometimes maybe slightly drunk or high, they don’t want to be in a deathtrap.

Hmm do I pull an Ochlosia Camper again… 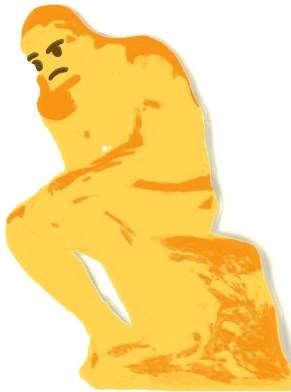 So… It’s about a rock band looking for a van to carry all their gear - however, you have forgotten to mention upper limits on PU/ET for the variant and trim. But does this round need them?

No need for them. Just remember, if you don’t want to be binned, be realistic. You don’t exactly see many FWD longitudinally mounted DOHC 4 valve all aluminium V12 with mechanical fuel injection and turbocharged cars in 1978.

Yeah I guess its a bit too long. I’ll shorten the deadline.

are you sure that 200kg of load capacity is enough to haul the band members, their stuff and a full tank of gas?

How should that be specified? Go ahead, build a car with 2 seats and try to sell it to a four man band.

Inb4 all the other vans. 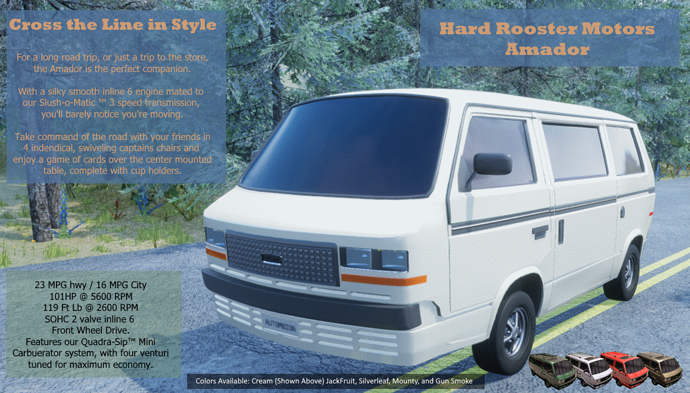 Of course a 2-seater is out of the question, I was just double checking so 4 was enough.

wut. Its the price limit, you cant go over it, hence it’s the maximum price.

I should have put it in quotes

you accidentally wrote “minimum” instead of “maximum” in the post

either that or I suffer from chronic spasmatic blindness 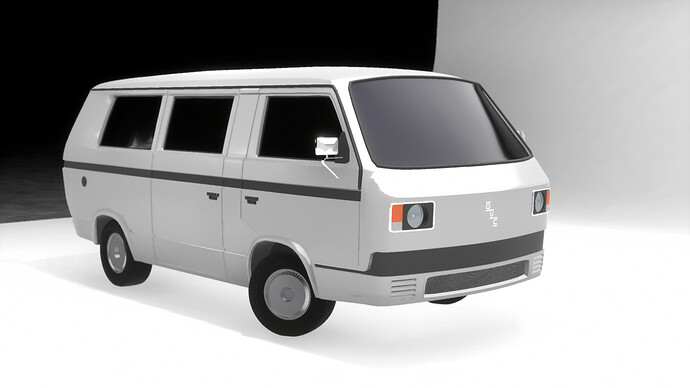 Gasmea Van Company has proved itself as a maker of well-built utility vehicles, and the new 78/30 (1978/3.0 liter, original, right?) is not only an improvement, but an evolution. It features a brand-new high-tech 3.0 liter V6 with DOHC, 4 valves per cylinder, and EFI! Why the need for such innovation in a simple beater motor? Because these innovations allow for higher power and higher fuel economy, critical elements for an engine in a time like this. (and I had extra budget) But you won’t notice this behind the wheel, where all you’ll notice is the premium interior quality, smooth 4-speed automatic, and three other friends in the passenger seats. But don’t mistake this for a slush-mobile quite yet, as it retains its utilitarian roots with 7045 liters of cargo volume and 355 kilos of load capacity, plenty enough for your, I don’t know, cleaning supplies, instruments, crack, you know, the basics. In an age where there comes the need to carry your stuff and do it in comfort, the 78/30 is a clear step above.

Now for the boring stuff.

Well, spasmatic blindness it is.

How do we find out what the car’s towing capacity is? I can’t seem to find a numeric stat for that.

(You know, in case we want to be rebels and not use the one van body that has enough cargo capacity for this)