The Hillclimb is undisputably the most iconic aspect of the Goodwood Festival of Speed. To see cars storming up here is a delight for any motorsport enthusiast. The Goodwood Hillclimb is now a key and much-loved part of the international motoring and motorsport world. Since opening its gates on Sunday, 20th June 1993 for the first Festival of Speed, Charles March has established this 3.3km course as the platform to show off modern and heritage cars. Owing its roots to a hillclimb event organised by the ninth Duke of Richmond, and Freddie March in 1936 for the Lancia Car Club, its ongoing success stems largely from Charles’ own enthusiasm for cars and that of early supporters.

This, as requested by @strop is it.
Currently, the length, elevation changes and “sportiness” of the track resembles the real hillclimb.

A quick update will follow soon with a cleaner background track image. 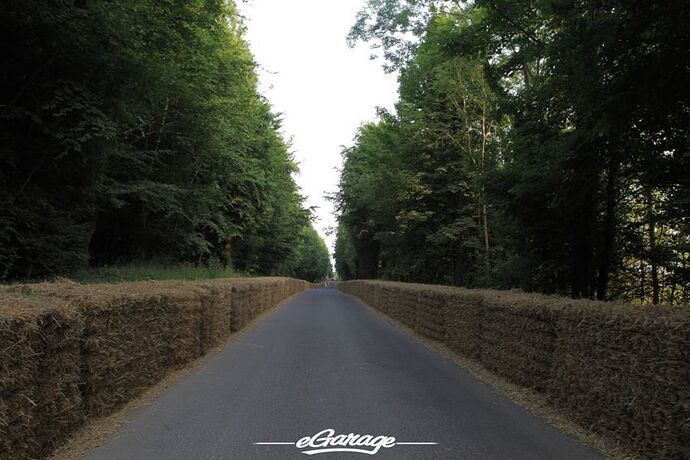 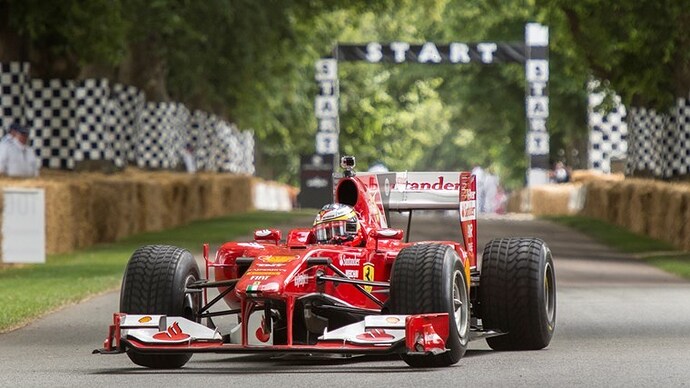 Here’s what I want you people to do. If you would, take a car that would directly compete with a car in real life. Do a lap and compare it to that. Is it realistic?

@strop have you tried this circuit yet? Any feedback, anybody?

Earliest I can do it is next Tuesday sorry! Even my Automation schedule is booked out lol.

No worries, take your time!

The track has to start on a horizontal plane, so again, the track needs to be rotated 90 degrees/270 degrees.

This one I have left like this for a reason. If I did that the track image would be tiny because it has to fit in the 1280x720. Let me check if it has messed up as well.
EDIT: No, it seems fine to me. If you try the track, you will see that the car takes a sharp left turn and then starts running through the course. You could probably subtract one second from the end time for that reason.

Purists will take exception to that, unless, of course, the event itself is done with a rolling start. If that’s the case then it’s fine, just make sure your sectors are specified accordingly, otherwise the track’s useless for its intended purposes.

I did have to do the same thing for Pikes Peak, as it would only fit in one orientation since it’s such a long track. I made sector 2 the official timing as a result of that, so the rolling start and the run-off at the end could be taken into account.

Sorry for being stupid, you mean to say that I should place one of the sector timing things at the start/finish line and count that as the real start?

But unfortunately I went back and had a look and it seems that the event itself is held from a standing start, which means that to be realistic, we’d definitely have to have the car facing in the correct direction to begin.

I don’t know if this is a limitation that we’d be able to overcome in the new engine. That would be real nice, actually.

It would be a lifesaver if it didn’t matter what orientation the track started, then we could have clockwise, counterclockwise and all kinds of tracks. The other reason I won’t jump to making it so that cars would leave from a standing start is that the width of the track would be so tiny it would be confusing to people using the track if the car’s representation is four times the width of the circuit itself

Eh you don’t have to worry about width. Given the resolution is on a fixed scale, Pikes Peak was such a large track that the car is easily 30-40 times the size of the road

I’m going to be doing Isle of Man TT at some point, will be the same problem again.

Then I can fix it. I recently just got to making the background graphic not look so crappy, I’ll just rotate it while I’m at it. That brings up my next question. Elevations. What the crap. Like, I don’t get how to do it at all.

Are you currently using one of the track editors? You’ll have to work out the angle of inclination for each segment. Be aware that this means segments that have multiple changes in inclinations will need to be broken up if you want it to be as realistic as possible. Hope you remember your trig!

(Alternatively just throw random values at the damn thing and hope it sticks. At least Goodwood doesn’t have much in the way of camber, can you imagine?)

Yeah I’m using the Track Edit 0.14 thingy-thing. How do you do it? Notepad? 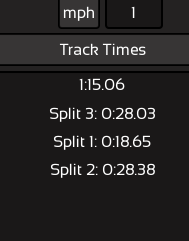 Is the link now broken for anyone else? I’m getting an access denied message…

That’s what happens with old mods. It’s been 2 years since someone has talked about it. Please don’t bump.