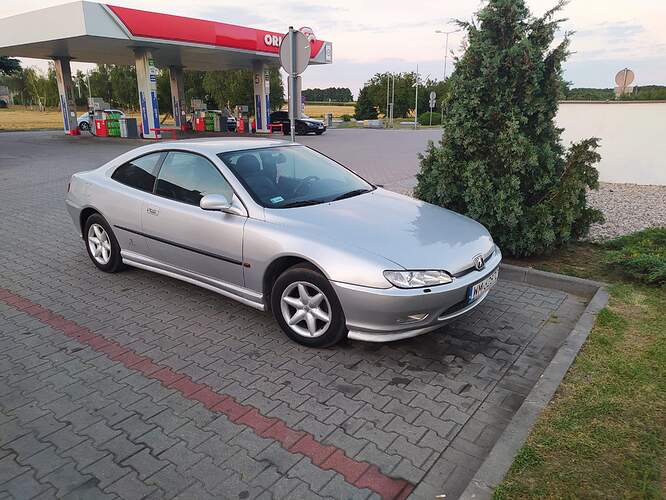 Here’s my second car, after 3 years of not having any. Though it’s actually the first one to have some sense and the first being bought with any use of my brain

As the title says, a '99 406 Coupe, powered by the base engine (I think?), a petrol 2.0 making a bit odd 132 horsepower. I was looking for some interesting car that would still be within my reach when it comes to ownership costs, and this is right on point - a cool looking coupe, yet with pretty common and standard tech. It’s not in a perfect condition, but it’s good - it passed its MOT very recently, has a rather new valvetrain (few kkm), new exhaust and hardly any rust. It drives well and - quite unusually for a cheap 406 Coupe - has bumpers with no cracks. 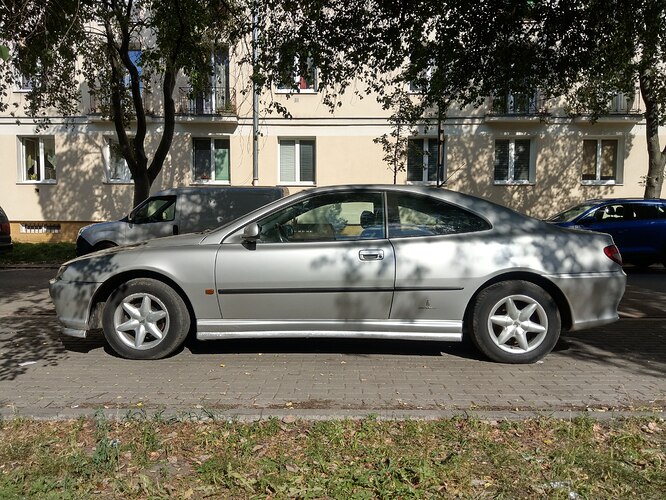 So, what are the downsides? 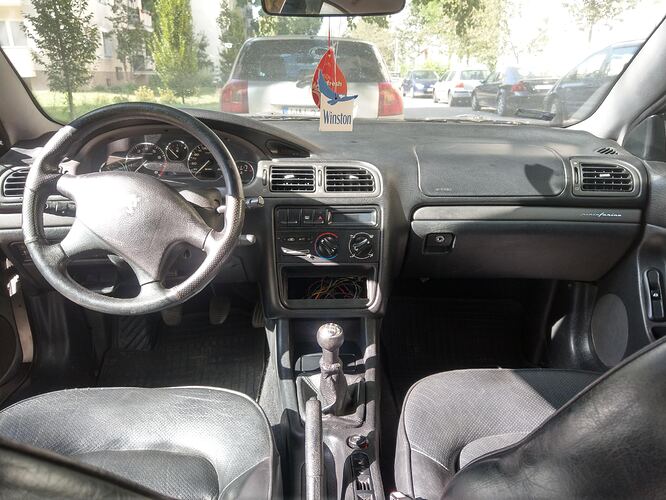 The interior is covered in black leather - not my preferable choice, but ok, car’s coolness factor makes up for that

At least it has heated seats, so I won’t freeze to the seat in winter. I was amazed by the amount of space in the rear - I can easily sit there, without being squeezed, behind the front seat set up for me - and I’m 187 cm (that’s 6 ft 1,5" for you 'Muricans). As for the rest of the equipment - the non-functioning AC is manual, there’s the cruise control and, I think standard, power mirrors. I don’t expect much in that regard, so as soon as the AC will be fixed and some radio with BT installed, I’ll be entirely content with that. 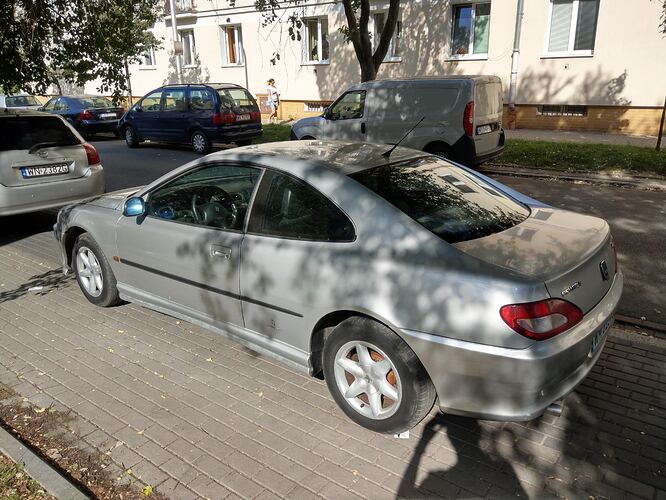 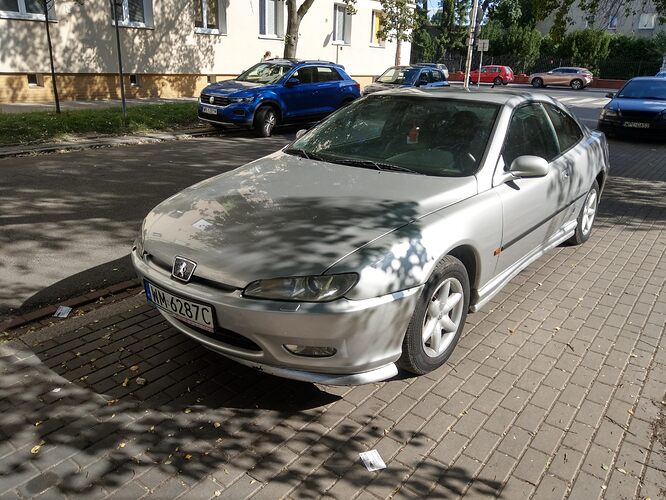 My BR:C submission was intended to be a direct copy of the 406 Coupe but ended up way more bland lol 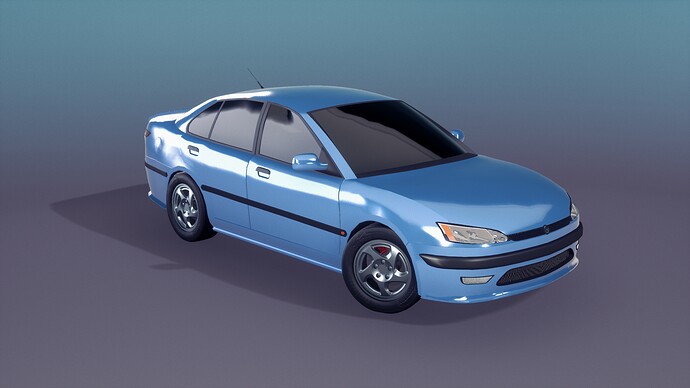 The 406 Coupe hails from a time when nearly every manufacturer had a stylish coupe to sell in the European market - a consequence of high insurance rates killing off most hot hatches and forcing their target market to seek something else instead. As a Pininfarina design, the 406 Coupe reminds me of a Ferrari 456 from some angles - and while it’s nowhere near as fast, it’s much more attainable.

The 406 Coupé is probably the best looking of all the FWD Peugeots IMO.

I’ve added photos and info in the first post

Ugh, yeah, there were many things related to this car I could’ve shared, but I never quite remembered to take pics showing some of them until recently

So, let’s go with the news!

Good news - a lot of things were fixed 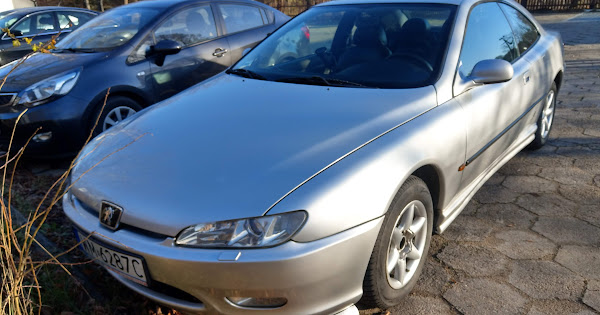 (I know it’s cut, but this is what Google Photos’ sharing through link does, and I can’t be bothered with scaling all my 12 MP photos down manually)

As you might see on that photo, the left headlight was polished (my mom’s idea

). And no, I haven’t lost the little centre cap from the wheel, it just turned out when the tyres were changed (old ones were in a quite mediocre condition, and I needed winter ones anyway) that it was glued, as the clips that normally hold it in place were damaged. It wasn’t glued back, I still have it in the boot, but I’ll find a new one… eventually

Anyway, those are the visible things, but others were more important. Of course I’ve got the AC fixed - it had a leak (replaced… don’t remember what, some pipe I think), and thus was empty (filled), and the control panel had broken links that connect it to all that ventilation inner stuff (panel with links replaced). Left window needed a new mechanism, since the old one had a broken tooth or in its gear, I’ve found a good used one. Some connections in power windows controls needed a little cleaning to actually connect, and that helped, but not ultimately - some day the right window started lowering randomly on its own, so it’s button was temporarily disconnected - sorta dumb, I know, but I’ll get that fixed properly before it gets actually warm outside. During all that window tinkering the door limiters were also adjusted (as I couldn’t find new ones then IIRC) but it helped only the left one. LPG system indeed needed fixes, namely new injectors and… reconnecting some little pipe (vacuum I guess) and now it runs as it should. Also front brakes were replaced.

At first it seemed that the stain somewhere on the inner side of the bumper came from a bit of the coolant spilled when I wanted to check it a bit too soon (yes, it was hot). Then it didn’t disappear, so a leak was suspected, but there were no other symptoms nor an obvious spot of the leak. And soon after, when I drove just a few km, the coolant temp raised to over 100 °C, when it normally stays at 80+ °C. Ooops

Driving to the mechanic as calmly as possible was a bit of a challenge. The radiator and the thermostat were replaced - yikes, that wasn’t cheap. 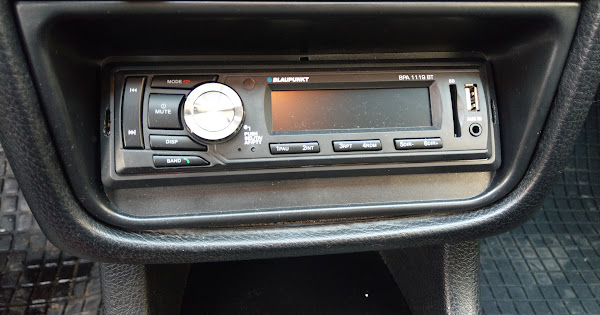 This little thing here. Very simple model, but it has what I wanted - Bluetooth. It was brand new, cheap and from a brand that I recognise, not some Chinese no-name, and that’s all I really cared about. Sound quality is not superb, but honestly it doesn’t really matter to me in a car, especially since this one isn’t some bubble of silence (welp, that’s short gearing an frameless doors for ya). I like it. 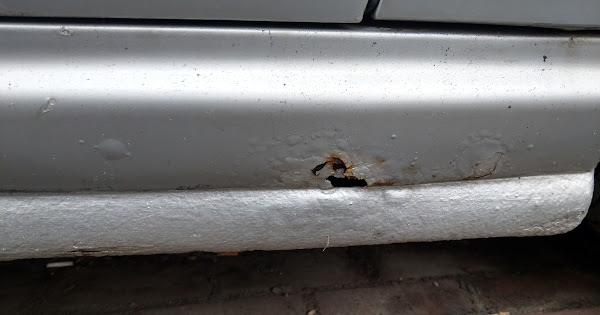 Ouch. The previous owner warned me about some rust starting to appear on the sills, but since I didn’t see it when I wanted to check, I forgot about it a bit. Well, that’s what winter brought me for that. I’ll have to take it to some tinsmith rather soon. 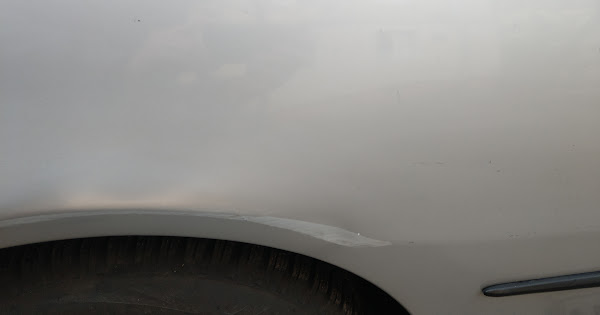 Yeahhh… That was just before Christmas, I was buying some presents in a shopping centre. It was painfully slow, because due to covid each shop let in only a limited number of people, so there were long lines everywhere. I got somewhat annoyed by that and terrible traffic beforehand, and thus a bit less careful than I should be in the tight, underground parking. I’ve scraped it on a wall beside a tight turn just before the exit.

Its looks strike just the right balance between cool and elegant IMO, and even that common silver paint looks good as long as it’s clean - though I think about getting some nicer, an inch larger wheels. It’s really comfortable, I can actually go over normal speedbumps at a normal speed close to the local limit, not half of it, and not jump inside, and I can drive on some cobbled roads without everything shaking violently. And for my limited experience, it’s definitely dynamic enough. I just can’t miss taking a look at it when I go by

It was brand new, cheap and from a brand that I recognise, not some Chinese no-name, and that’s all I really cared about.

About that… After Blaupunkt went bankrupt, anything with their logo is just cheap Chinese no-name products with Blaupunkt tacked on.

But I guess if it’s cheap and it works, it works.

At least mom’s radio at home and grandma’s TV - both from this “new” Blaupunkt I guess - are perfectly fine, so I hope my radio will be too.