I designed an engine!

During school this year I took a CAD class and during the class we were assigned a motion project where we needed to design something where my moving 1 piece it would cause something else to move and so naturally I created an engine. Before we were even assigned the project I had already created a single cylinder engine since I had extra time in class due to finishing other projects early and soon after I finished that some of the kids said I should make a V8 version and so I got to work and soon after found out about the motion project and so i already had my idea for what to make. After a couple of months and lots of revisions I finished and seeing that my school has a 3D printer we decided to print a model of it and here it is: 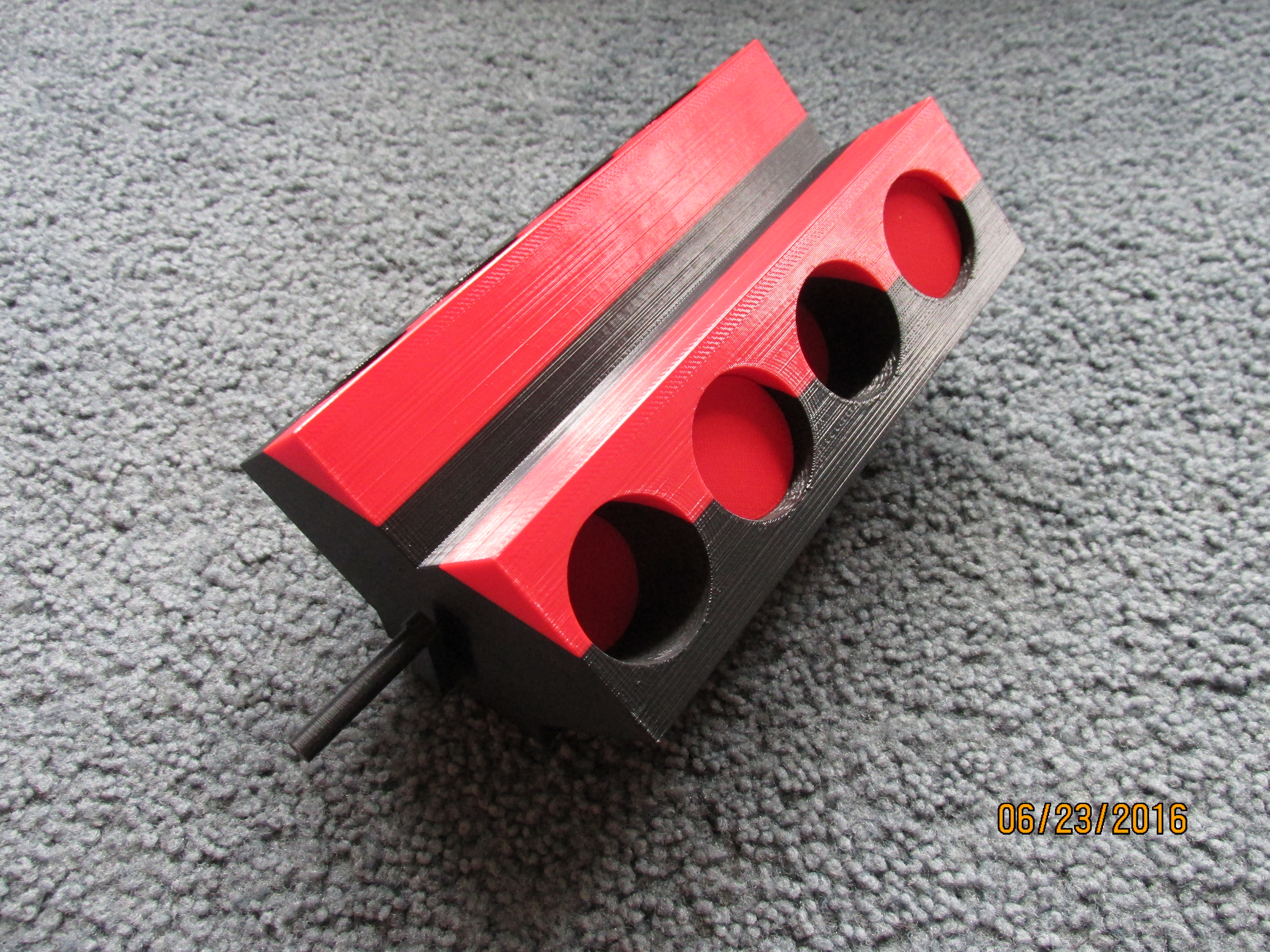 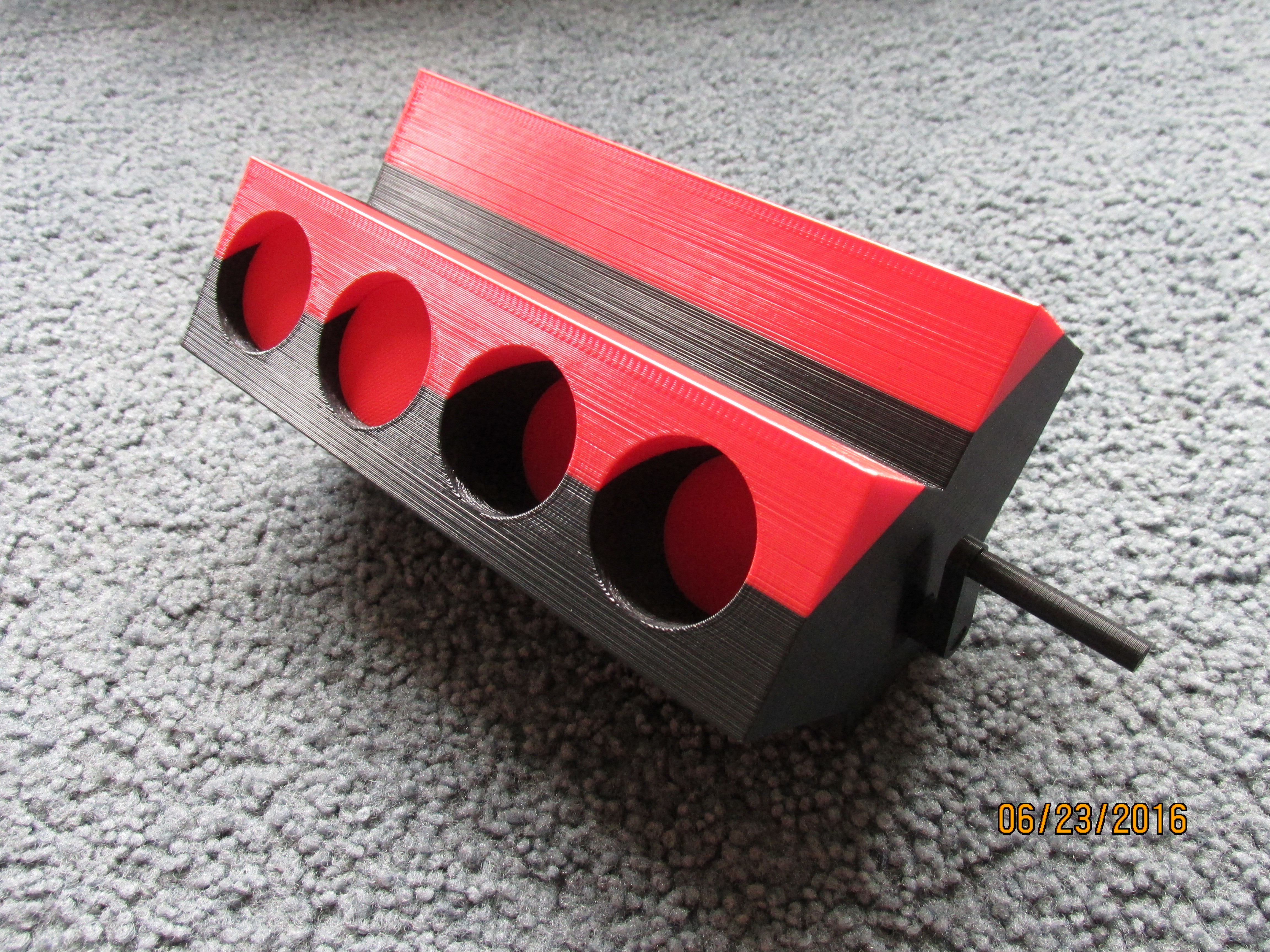 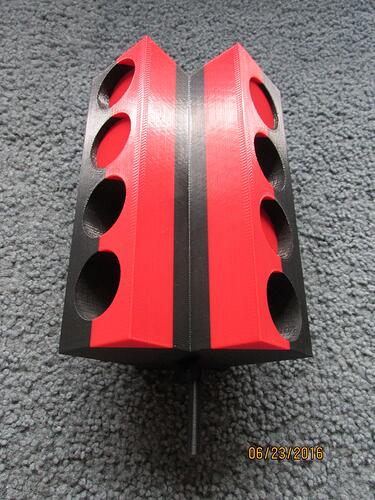 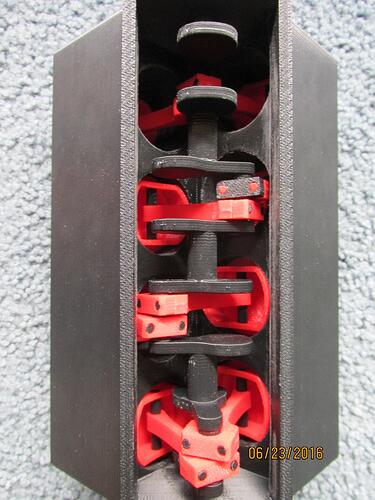 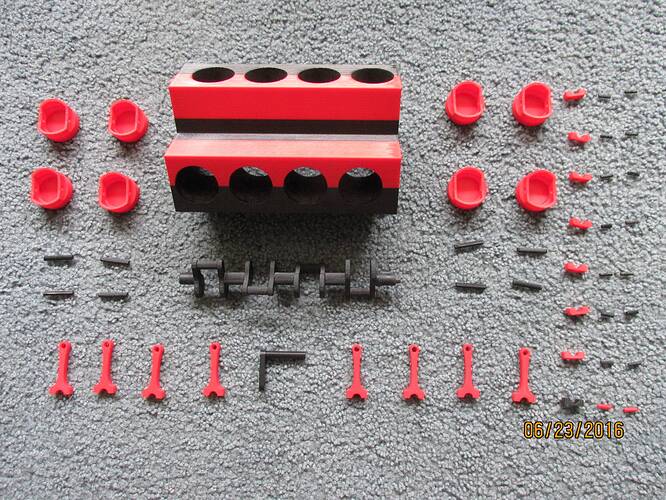 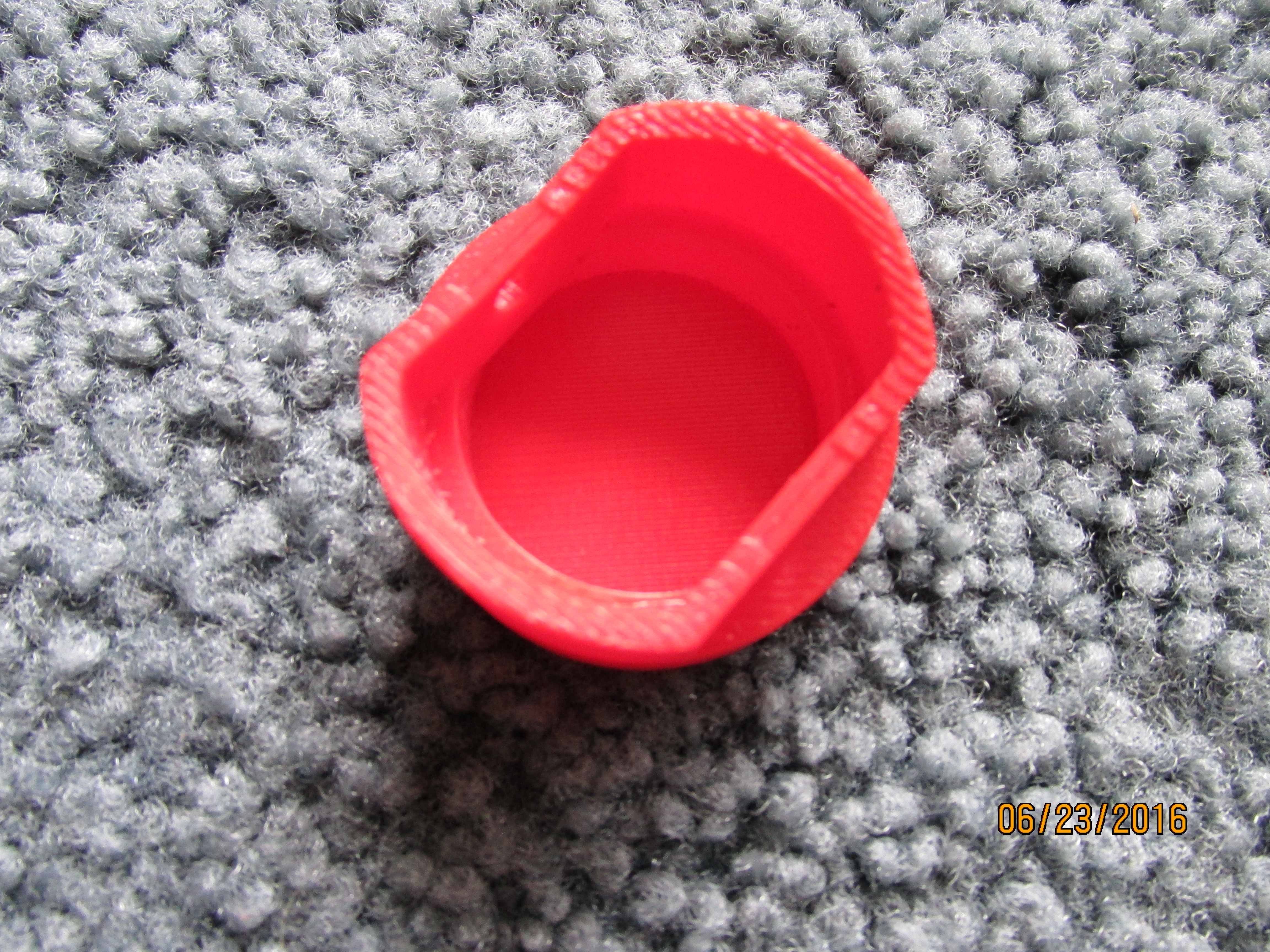 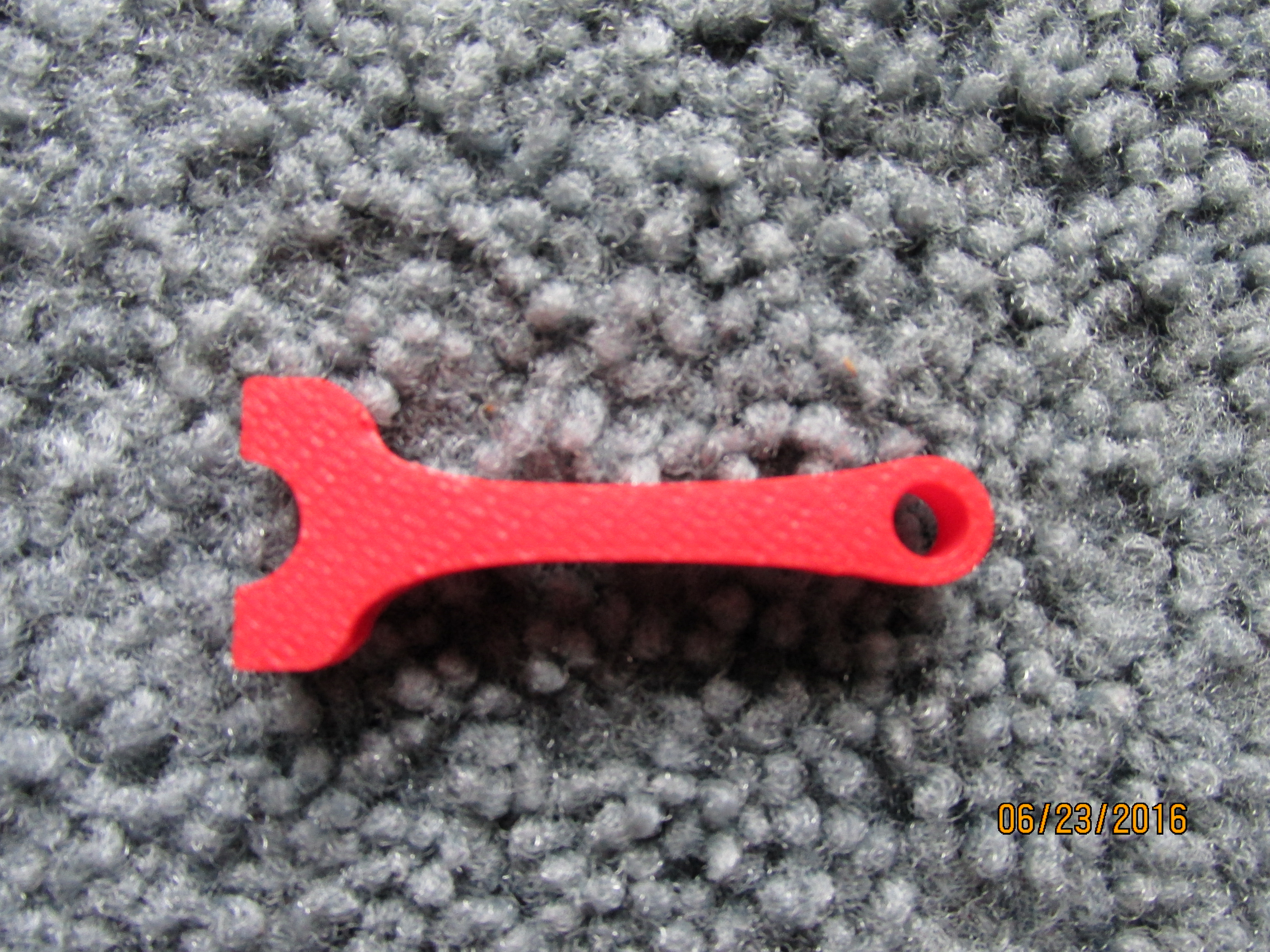 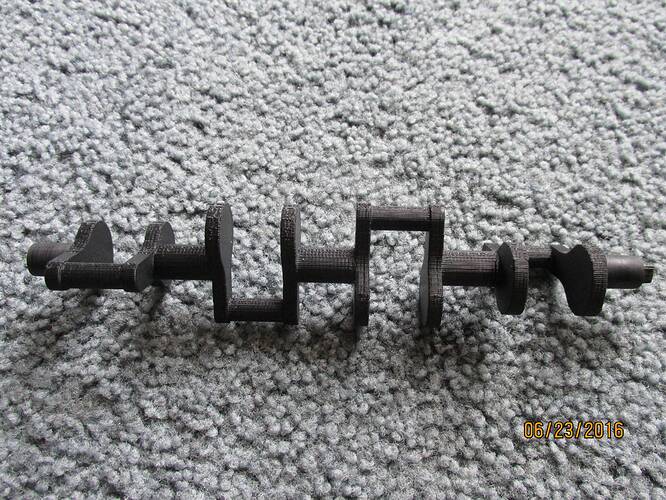 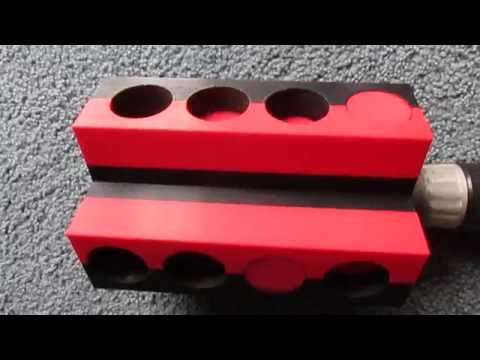 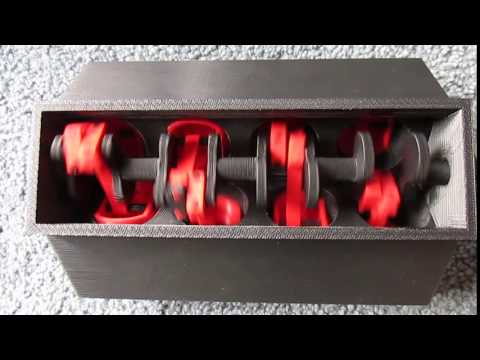 The model is 1/3rd scale of an actual engine and has a capacity of 212cc. the ful size version would be a 5.8L with a 4in bore and a 3.5in stroke. Next year I’m taking the same class so I can help other students and work on my own stuff and I plan on designing heads for the engine including valves, cams, etc so that it looks like an actual engine.

Could you imagine having a tiny little V8 to power something. I’d love a fully working on at that scale. Very nice work though!

Well there have been people to do that

That aside you should see if you can make a working transmission to sit behind that engine. See if that makes for extra credit.

I’m already done with the class this year and I don’t receive credit next year (as far as I know) as I already got the credits for that course, I’m just there as a Teachers assistant and to learn the program more before I head off to college to probably become an engineer.

though, when you say you’re making the valvetrain. what kind? since i don’t see a pushrod holes, i don’t think you’re going poshrod.

@DeusExMackia that’s what i’ve been wondering, why haven’t people doing that, at least in emergency.
if right now, my dad has a 100cc single cyl power his daily ‘rider’ bike. probably making somewhere around 5-6hp. i couldn’t see why those miniature engines can’t.
even those 100cc-ish ones, i could see them making at least 2 hp. and 2hp-> 2 x 746 watt theoretical, i couldn’t see those engine making less that 1000watt continously.

I’m probably going to go with a DAOHC as that’ll be the simplest both to make as well as print. Pushrod has a lot more parts than an OHC design and a regular SOHC with rocker arms would be difficult to put together at such a small scale so I feel having it be a direct acting cam is simplest. I’m not going to do DOHC because I can only fit 2 valves per cylinder without the becoming too small so there’s no need to use that.

Also the block will end up needing to be changed when I do make the heads as it needs some sort of hole for a pin to go through and hold the head onto the block. I may add water channels when I do that but I’m not sure, depends if I have the time. The more complex I can make it the better it’ll look in my profile that I submit to colleges.

suggestion, if you have the time too.

once it’s done, maybe add some kind of BOOSCHT? like a supercharger? that’s simpler than a turbo.

that is, if you haven’t thought of it already

Maybe, I’m not sure how much time I’m going to have to work on this in particular as I already have 1 project I’ve been assigned to do soon after school starts and I think my teachers have a few other things they want me to do and I may get a few ideas for side projects i want to do.

Now that I’m back to school and working on this project again I was wondering if anyone is interested in seeing updates as I finish designing new pieces to it.

yaaaaay (that means “Sure, I am interested in seeing your update!” in Speedemonese

i’d be insane if i say no 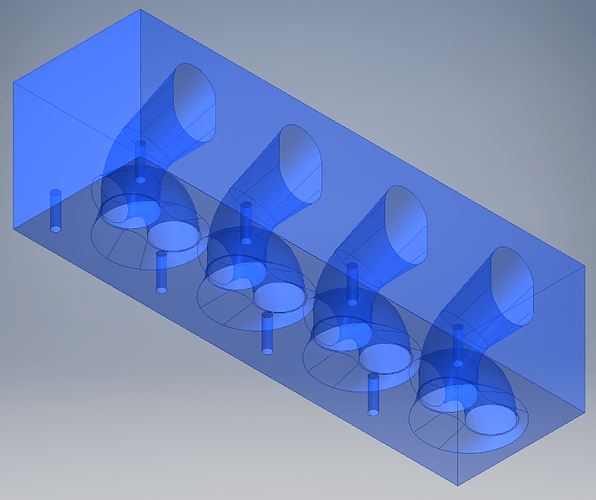 Right port is intake and left is exhaust.

Next up is making camshafts and valves.

May I ask what 3D printer you are using?

I have no idea I’ll have to ask tomorrow while I’m at school.

I sort of based it on this

Which is a high performance “ported” head. And so I just tried to make something similar in the program. I couldve made it shaped more like a regular production head like this

Which may have been simpler and more compact but I decided to go for performance instead.

but no slots for the valves yet? though it is already pretty as is…

No not yet. Thats something to come later.

Ok the heads look good. with the ports the tapered bell mouth would create internally high air velocity helping to “force” air into the combustion chamber. your turn radius on the intake port is far too tight try making it more similar to the curve of the exhaust port. And finally always remember that the intake has to try and suck as much air as possible into its combustion chamber while the exhaust has the spent gases pushed out of the chamber by the piston itself, this is why the intake will always be larger than the exhaust. If you search for modular ford 4 valve heads port designs there is a heap of info into port sizes and lengths that may help you in you endeavors. Looks great BTW when can you make “dummy” engines for test fitting in engine bays?