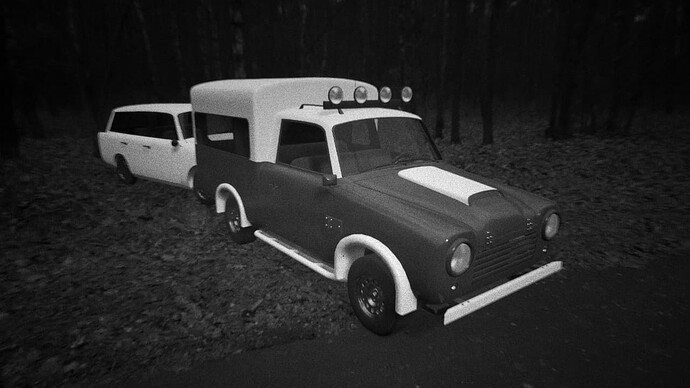 In early 1955, a family of four found themselves stranded in a mud patch on the side of the road. They had swerved to avoid a moose and ended up stuck, unable to get out. The only vehicle able to respond was a 1325 Government model.

The serviceman arrived within the hour. Using the high-tech winch on the back of the vehicle, he connected his truck to their car and pulled them close enough to use a tow chain. Then they were pulled all the way out of the mud, the Government’s heavy tires and large motor making quick work of the sticky situation.

This situation is just one of many that the 1325 Government can overcome. Whether it’s identifying and protecting wildlife, towing stuck vehicles, or crawling to the rescue of injured hikers, it has proven its worth in the rugged mountains of Korea that it calls home.

Many of these vehicles run without frequent access to maintenance or high quality fuel. The parts can be sourced easily, as it shares much with KHI’s more common consumer vehicles. The high power light bar on the roof offers good visibility in the dark or the rain, making driving a much safer task. Heavy duty wheel covers, rock sliders, and a protective undertray keep the 1325 Government operating where no others will.

Kim Heavy Industries thanks you for your time.

To continue past tradition, Mons Racing rebuilt the 356-esque for track racing in Letarta. It’s small and nimble. It’ll race in the R3 class. Can you beat it? Vroom-vroom.

Can you beat it? 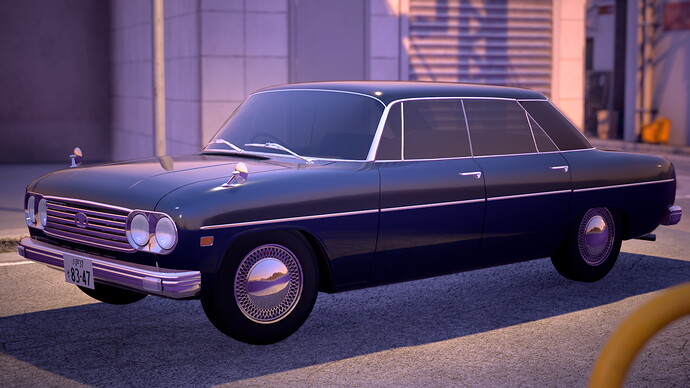 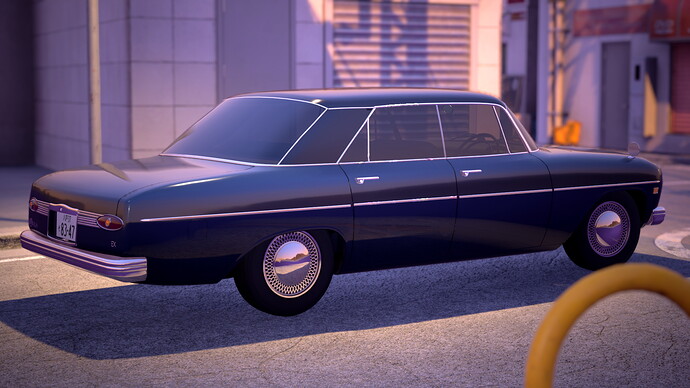 HiResPhoto46_1,920-1,0801920×1080 500 KB
Brand new for model year 1962 - The 2nd generation Mitsushita Kuruan - Perfect for any family wishing to have the best in performance, reliability, stability and comfort.
Available in 2 engine options, 2 body types and 3 different trims.
2-liter 4-cylinder or 2.6-liter 6-cylinder. Sedan or Station Wagon.
Offered in GX, DX and EX trim so hopefully it can serve the need of most Letaran.

This statement was written by the chief purchasing officer of Yanmex Import, Tim, he’s a great bloke.

Sorta OCC: Due to various circumstances, there will be no submission for government car and racing car at this point from Mitsushita. Hopefully there’ll be one next time.

*Sorry for the low-quality photos. Kessel’s Graphics Team (card) has quit, complaining that they’ve been overworked. They took the keys to the photo booth with them, so until Kessel hires a new Graphics Team I’m left with these crappy Polaroids…

1959 was a pretty big year for Kessel. Though their initial Sperling model was a flop in 1954, the changing government regulations led Kessel to the decision that they should refine the model instead of scrapping it for a new model. The lineup expanded to include the base model, an upscale 4-wheel-drive version called the Sperling A/M (Arbeitmacher), and a pickup version called the Sperling K-15. Kessel even decided to build a car to race on the Lerance circuit for its inaugural year, taking their 3.3 liter inline six and spicing it up for use in the Production Class.

Kessel has been reluctant to release stats on this car…

To go anywhere, and do anything. That’s real freedom.

The dream vehicle for going anywhere you desire, the Hokkaidō gives the driver precision and ability to get past any obstacle.

The generous space in the rear as well as the double bench seats give this overlander the capability of doing serious missions successfully. The 4.5L V8 ensures that activities are completed swiftly. Front spotlights and rear loading lights allow operation in all conditions. 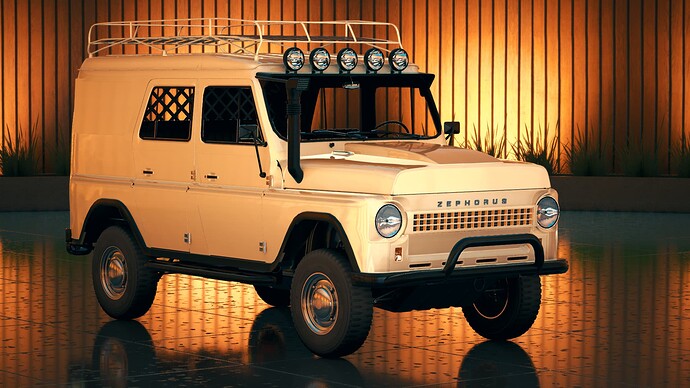 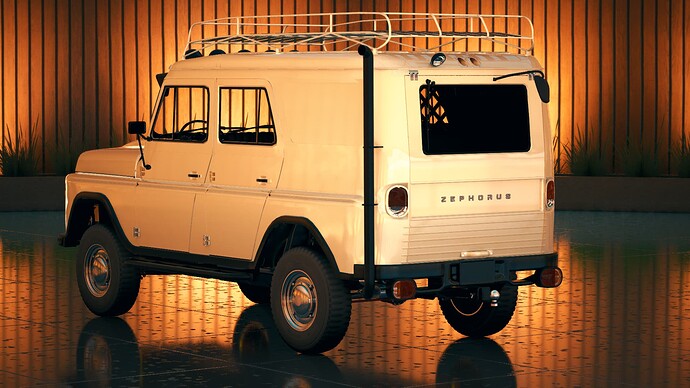 Places to be, people to see
Zephorus Espion II, GT and Roadster

The roadster is the entry level sightseer car, the experience of smoothly driving this car down the coast with the roof down will impress, but what will really blow you away is the technology underneath. Newly revamped engine lifted straight from the racing car that famously won the 1952
Portunis Cannonball Run and had many other great finishes during the time which it ran.

The roadster is a two seater “romantic” getaway car, something to get out of the city and explore in. 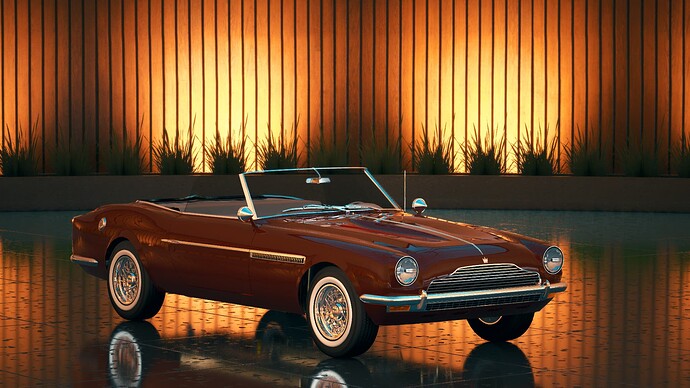 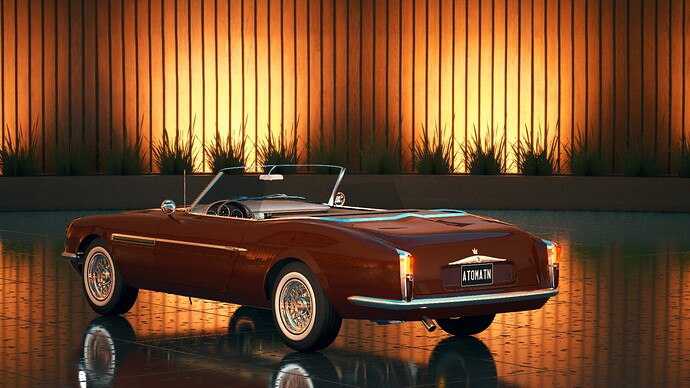 The GT however is evermore the drivers car, impress your friends and colleagues, or maybe someone special? This practical 4 seater embodies the sportiness you would find in the real racecar, lighter, faster and more seats than the roadster for just $17200 + applicable importation fees.
Available in two-tone or solid colours. 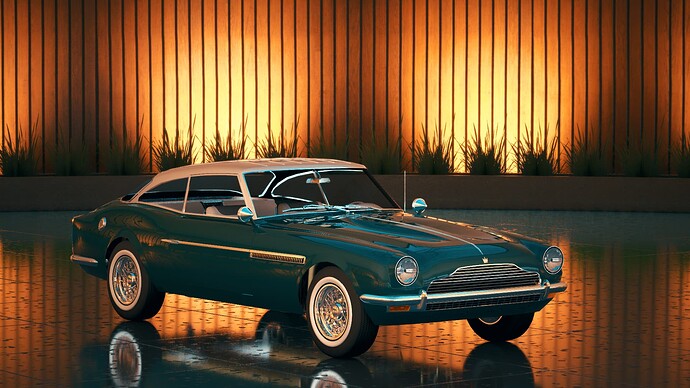 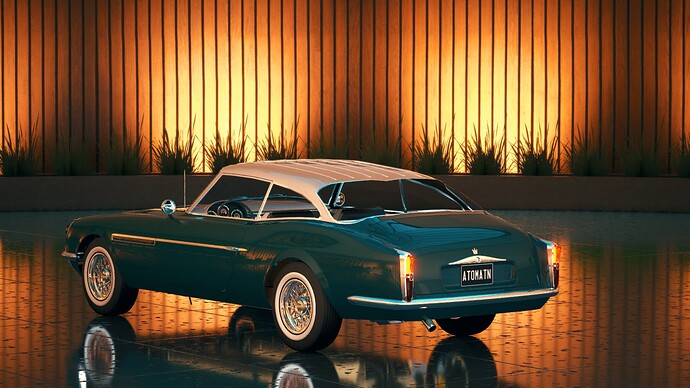 Heavy hitters
A successful racing career was created with the Silver Bullet, with second in 1951, a win in 1952 and another second in 1953 it was clear that Zephorus would need a fulltime race team to continue it’s streak of hard earned silverware.

Enter Zephorus Racing Design (ZRD) and their racecar for the 1959 Lerance racing series.

Pre release imagery shows the car is a very short wheelbase, potentially to save weight. Although it does seem there is room in the front for an engine, it looks like it may be situation behind the driver.
It’s also a new engine, sources say that the engineers fabricated two of the 3.6L straight six engines together to create a monstrus 7.2L V12. Power is roumered to be in the high 400 horsepower range. It’s a wonder they ever fitted it with mirrors, with the times it should be doing around the track we expect the driver to never have to look back. 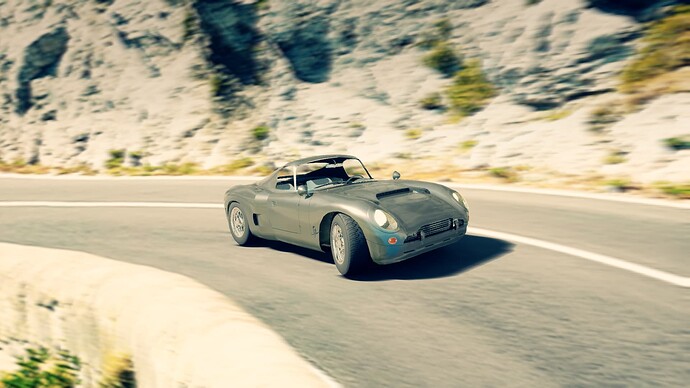 if I wanna add a car to this submission do I just edit the original post?

I suppose you could do either. If it’s another version of the Ranier you could just edit your post. The only issue is that people may not scroll back up to see it.

TL:DR : “Yo dawg, may I offer you some of my engineering expertise and cars for in exchange that you help me with production and lobbying?”

To Mara, 1955
“I would like to first mention the state of Letara and its citizens, they are in desperate need for a vehicle to haul and tow their belongings while being able to drive to the grocery store. We at Rhania have been developing a military vehicle for Letara which has now been posted to the government as a ranger vehicle. We are planning to produce a civilian model of our Hunter with the three trims; Type-T, Type-S, and the Type-F. The three in their respective naming scheme goes as follows; Tractor, Scout, and Family.”

“The one that we have sent to the government was the Type-M, military specification ,a secret project made with us and our collaborators in Japan. It is a hardy vehicle that can surpass most terrain without fail. In this proposal, I believe that you may benefit from such vehicle to reverse engineer and to re-engineer into a Mara. This vehicle could be yours along with our top secret race car that is being built at the moment. The only thing that we are asking are the following: Some help with manufacturing our cars and to help us lobby for some things.”

“Do not worry, the interest of the people is a common goal we have. I propose the next time that we place a need for education in the following groups: aerospace technology, mechanical engineering, civil engineering, and chemistry.”

“Another thing we may lobby for is a stronger military force, shipping industries, and flight industries to help with the exporting and security of our goods.”

“For rules against vehicles, we could come to the agreement to raise the noise regulation to 80, allow radial tires, and to implement fuel standards up to 10 MPG.”

“Do not worry comrade, our vehicles can give the Letarians 15+ MPG without fail and so if we work together with each other’s interests in mind, we will be able to grow to help the citizens of Letara.”

" Mara has failed initially in Letara, however, if we collaborated together we can create a solution to each other’s problems, you get cars and engineered good while we get political help."

“The choice is your comrade, but be aware that this may be an opportunity you may miss out on. Until then, Мы продолжим наше дело”

From the Rhania Motor Company

Just a gentle reminder for everyone to follow the submission rules or risk your cars getting ignored. Read both the OP and Rd. 2 Prologue for DM thread and car naming conventions, and of course all other car rules and regulations.

yo can someone show me how they named their cars to me?

Mine were like this, just replace my screen name with yours:

Obviously, in the trim sections of both the vehicle and engine, you can name them whatever you want. It took me a couple challenges to get it right too.

So basically the naming goes as this

Model and family are used by the challenge while trim and variant are free?

New in Letara is the all new Mayland Mark V, a stylish American Muscle GT designed to look like the GTs of Europe but with a longer wheelbase. Powered by the 427 ci Superjet V8, with 270hp driving the rear wheels through a 3 speed automatic (Manual transmissions are unavailable on export models at this time.) Capable of seating 4 people, hand crafted aluminum superlight body paneling and trimmed with walnut and premium leather, a heater, air conditioning, and a phonograph are standard features, an AM radio is also fitted. 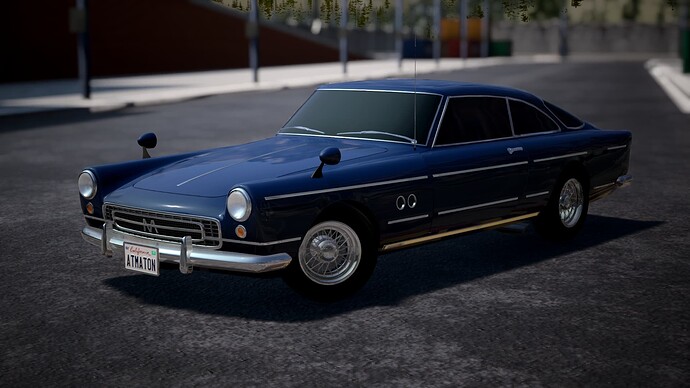 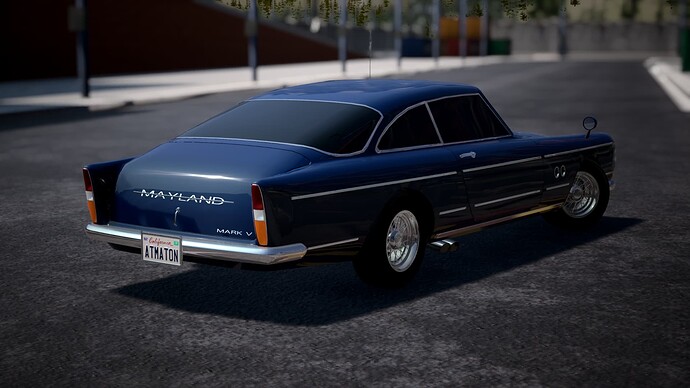 Available as a 2 door, 4 seater coupe 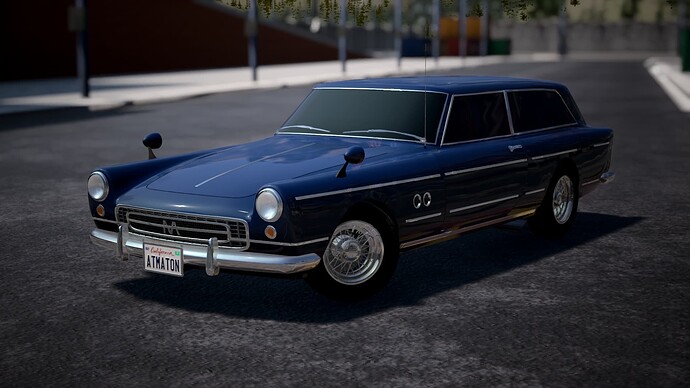 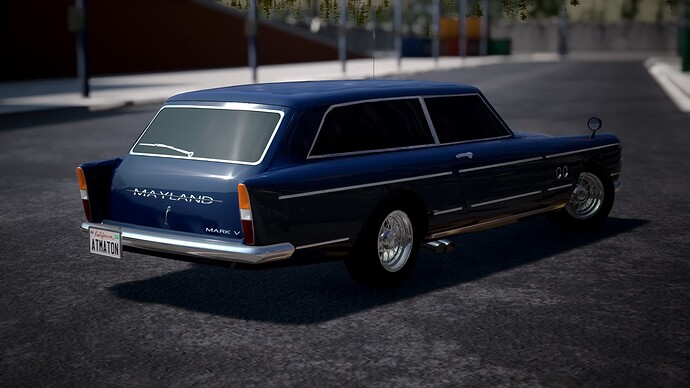 (ooc: The car file will come soon, I just need to sort out some engineering weirdness caused by the update.) 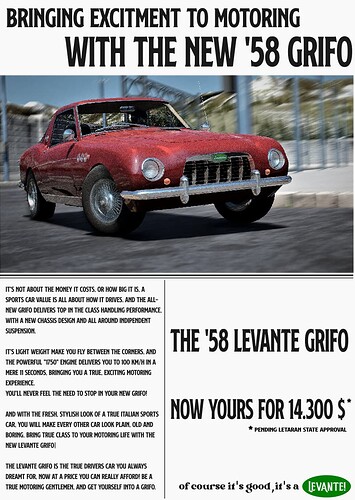 Pushing the limits of design 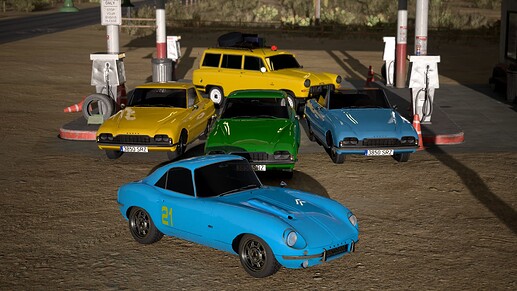 From front to rear, SAETA 2000, the all new SAETA Tronada and SAETA Albor viajante 4T 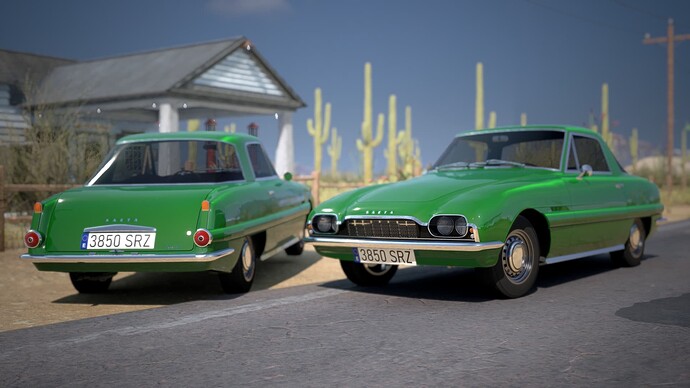 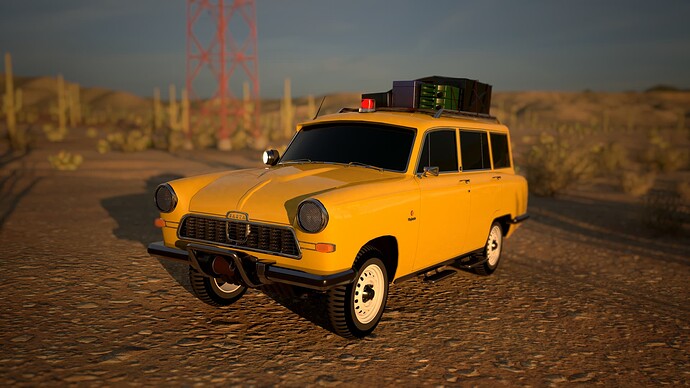 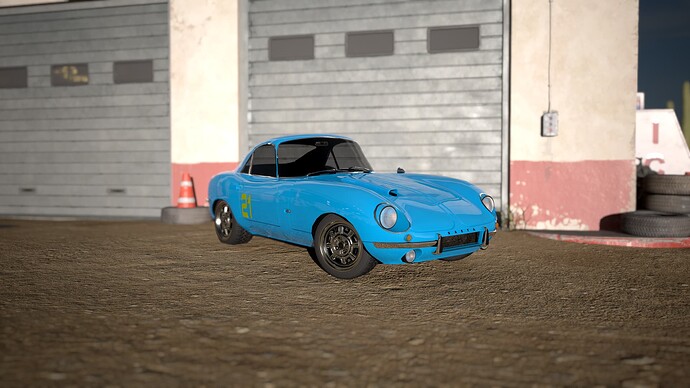 To replace the Wanderer, Wolfram introduced the Wyvern in 1959 as a more upmarket product. Powered by an all-new 3.5-liter I6 developing 200 bhp (on 98 RON super leaded) thanks to aluminum DOHC heads (with 2 valves per cylinder) and three carburetors, this was a far sleeker, faster and sportier machine than its predecessors. 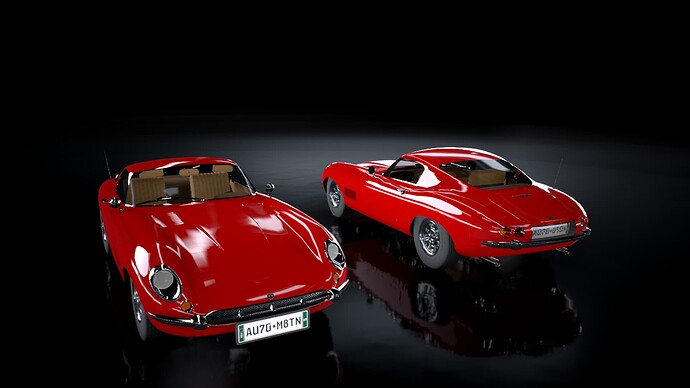 In keeping with its upmarket positioning, the Wyvern was fitted with a premium interior, with genuine wood and leather trim, plus an AM radio to keep the two occupants entertained on the move, especially at its top speed of 134 mph - making it the fastest car the company had ever made at the time. And with a 0-60 time of 7.5 seconds, it was also their quickest yet.

(Note: The lore stated above is a retcon of previously written lore due to the unofficial abandonment of the Automation Legacy Challenge, for which the Wyvern had originally been designed).