So after being not so active whit these game for some time, tried it out Again. But to my dissapoint ment, the maximum amount of power i can get out of the engines is lower than whit older version of the game. Why is that happen? 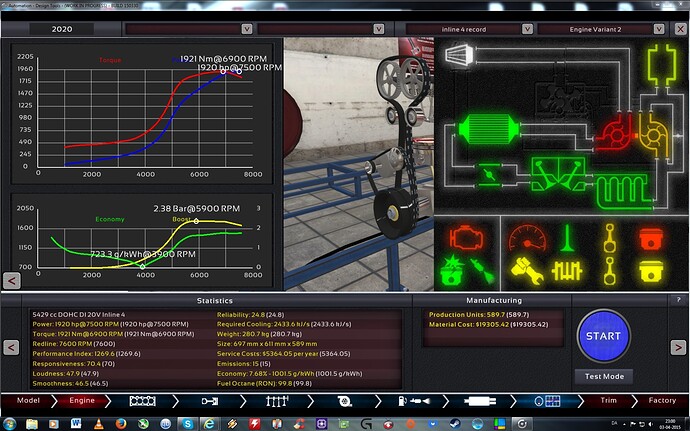 inline 6 now only 1868 HP before 2076 HP whas possible and the single turbo is still to small for this engine size whit is the cause of the relative low amount of horsepower i can get out the engine compare to the 4 banger.
https://billedeupload.dk/images/bExOJ.jpg 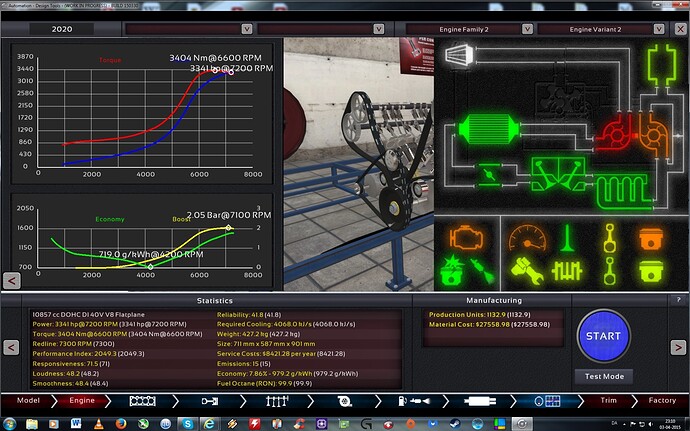 Any one now why the max power is lower whit newer version of the game?

some engine calculations have changed

some engine calculations have changed

I see. Just to bad it had gone the wrong way then.

But it hasn’t necessarily gone the wrong way. It depends on which version you converted from. If you were converting from the ooooold build from this time last year, then maybe, but if you’re converting from b1418, you should find power has generally increased.

The calculations have changed so recreating an engine from a old version will have different results, try playing around with can profiles and turbo sizing a bit there’s more power to be rung from them.