I wanted to wait until the UE4 version of the game is a little more developed before I try to make a serious car company, so I’m making this thread for whatever interesting cars I make until then. 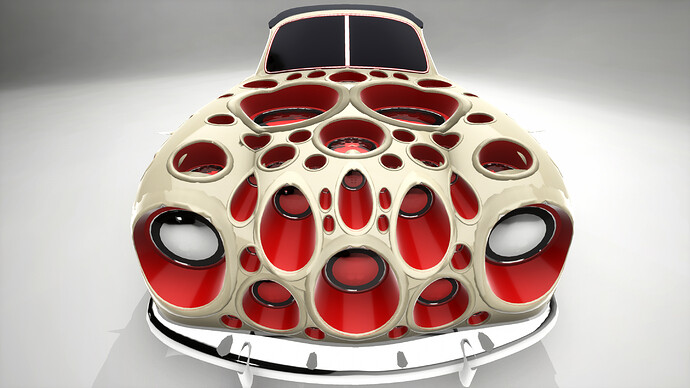 Marrow’s first, best, and only sports car of the 1940’s. The advanced aerodynamics technology for its time allowed the Pepperoni to cut through the air like a petrified sponge. 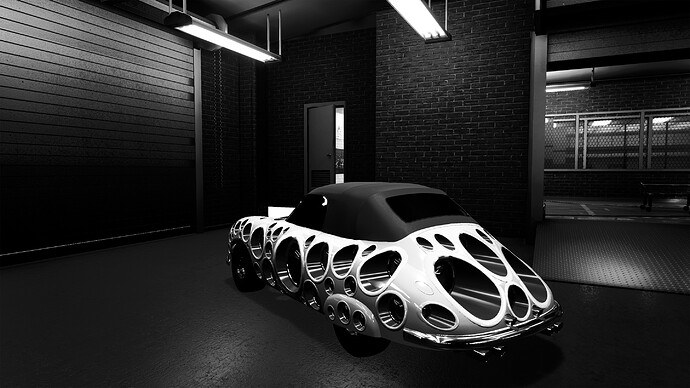 Stunning from every angle, the Pepperoni XLP was handcrafted to be the center of attention no matter the setting. 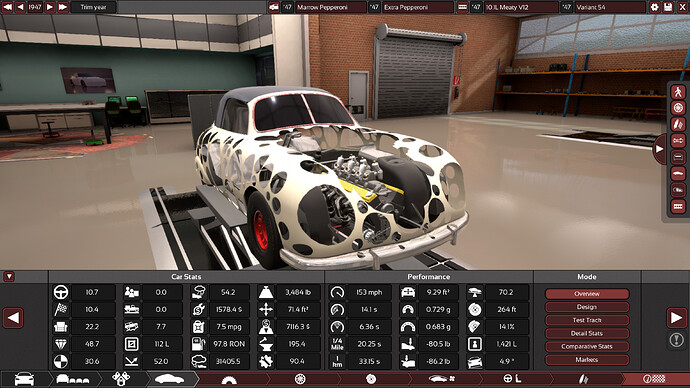 The 10.2L V12 engine was an exercise of balance and restraint for the engineering team at Marrow. The final result achieved a modest 312hp and 458 lb-ft of torque before redlining at 3700rpm. Access to the engine for maintenance required the removal of 32 lighting fixtures. 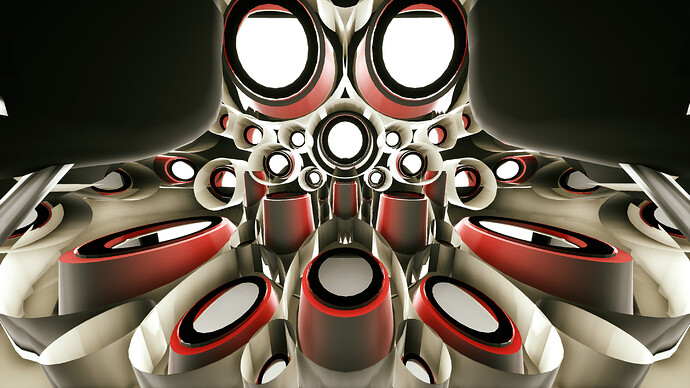 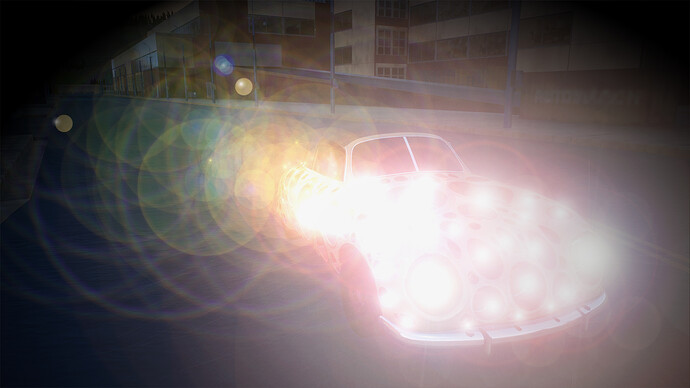 The last surviving Pepperoni on a night drive. 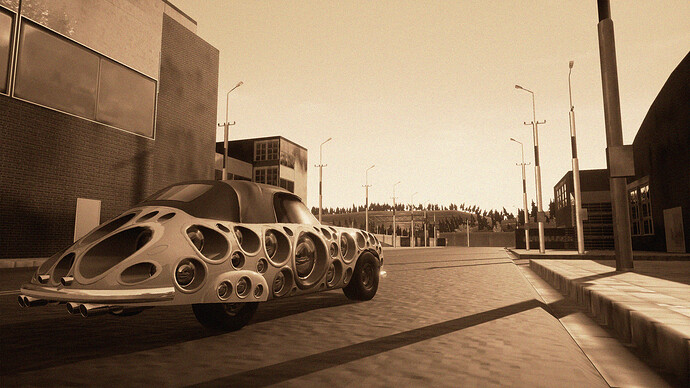 The Marrow Pepperoni will go down in history as one of those cars that the world deserved, but not the car it needs right now.

Nope. Fuck this car in its entirety. Fuck that, fuck this, fuck ALL THAT.

Well, @Fayeding_Spray, at least you gave a fuck or four.

It gave me the chills, but these chills weren’t those good chills like when you hear a V12 in the distance. These were the chills that I get when I see something deformed or disgusting. Idk, the uneven shape probably did that. Reminds me more about spiders than pizza tbh. But I can give you some credit for making something truly different.

Btw, you must have the best lorry engine ever in that thing.

I don’t have a trypophobia, but you’ve gone seriously nuts - this car makes me a bit frightened

I didn’t mean those specs, I meant the spec of a scale of 1-10 of how uncomfortable it made me feel

It looks bizarre, to say the least. Just one pair of headlights on the front (and none at all on the rest of the car) would have been enough.

I like it. Every car has a soul. And this one apparently has flesh too. You really made it look alive.

Nah, need the other 78 lights to let people know when your braking or turning.

Reminds me more about spiders than pizza

I guess it is a Spyder

Btw, you must have the best lorry engine ever in that thing.

I should have made this car when that bug that put the engine in the rear was around. Hook a trailer up the the transmission and you got yourself a lorry

just a note, you dont need to post multiple times

you can just tag the other users with @username

Thanks, forgot about that.

Why did I make another one of these…

The Marrow Pepperoni sold out quickly in 1947 (5 were made, the CEO bought one). Shortly after, The Pepperoni caused a string of accidents due to the drivers not being ready to handle such advanced performance capabilities.

As a response, the engineering team came up with a solution to make their cars safer. Enter the Armadillo. 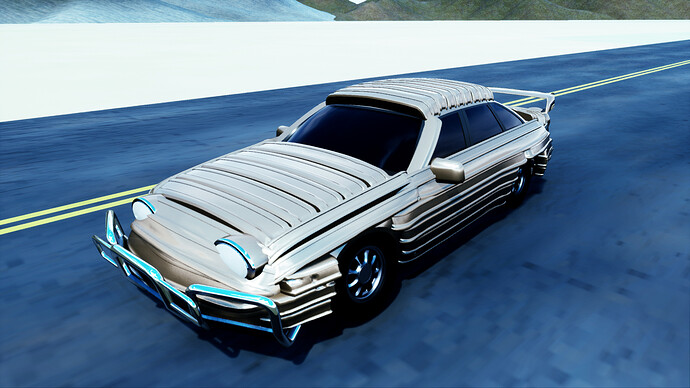 Marrow experimented with armoring the new car with 4 inches of cold-rolled steel to protect the passengers from the outside world, but they soon ran into trouble. The design weighed 17,978 lbs. Marrow didn’t have the power to pull that kind of weight, so they brainstormed for a solution. 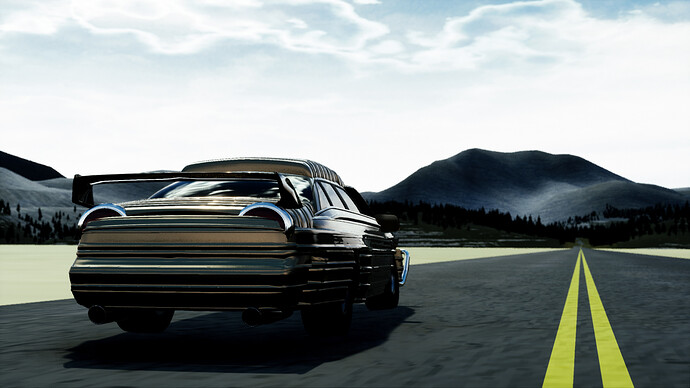 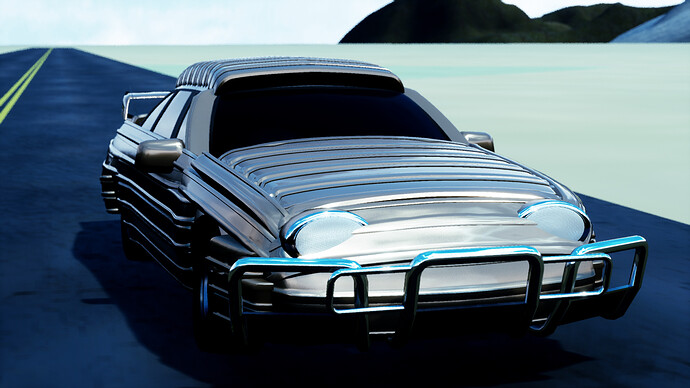 HighresScreenshot001051920×1080 566 KB
The interior resembles a padded room with the seat padding basically looking like miniature versions of the car itself. There is only one seat because Marrow believes people are the #1 cause of accidents. Regardless of the lukewarm reception, Marrow accomplished its mission. The safety was rated at 154 by Automation crash tests. The public soon found the Armadillo’s other talents after release. It has a towing capacity of nearly 24,000 lbs. 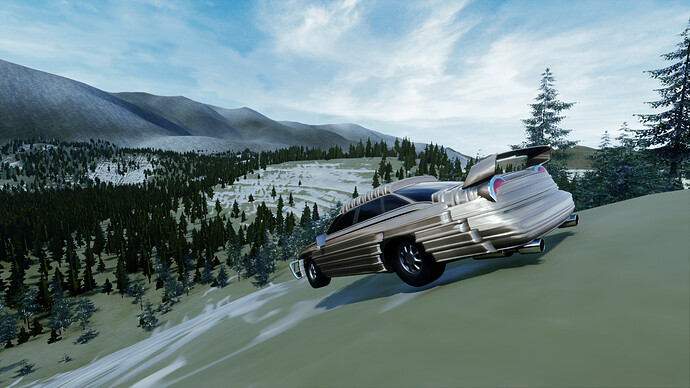 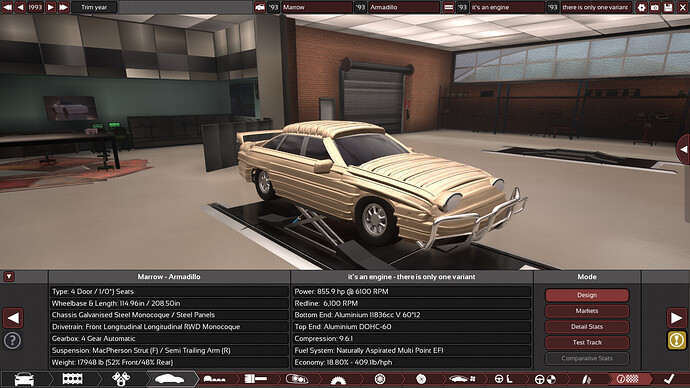 How much does a bumper bar weigh? I’ve never noticed any weight difference when accessorizing my vehicles.