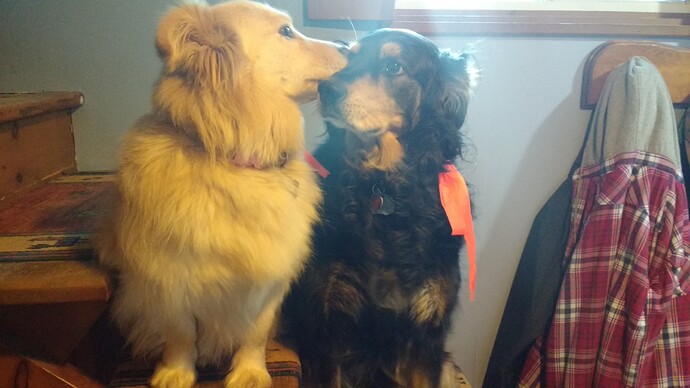 I would like the automation community to meet my pets, Autumn (right and black) and Poppy (left and white). They are both rescued dogs, from IFAW (International Fund for Animal Welfare). Poppy’s original name was Puppy, and then when she got rescued, was named Sydney Lady Flower Bear. Not kidding. Sydney Lady Flower Bear was a combination of all of the names that my mom’s colleagues wanted to call her at her IFAW office. They couldn’t decide so that’s what they did. When we got Poppy, we called her Sydney, until we found a better name. Poppy was close to what her original name was so we chose that. 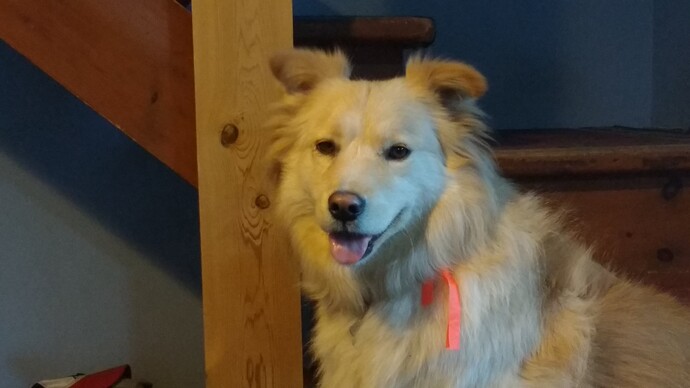 Autumn originated in quebec, and was rescued with a broken back leg. When we got her, my brother and I being little, wanted to keep her (because she was so adorable and she liked my mom) So we did. Autumn is very similar to a dog we used to own called Bear, who was bigger and fluffier than Autumn. 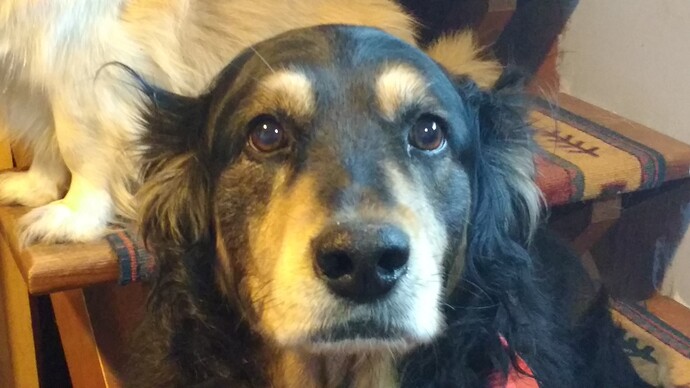 Poppy’s is a very playful dog. She will not want to stop running around with me chasing her, and she will make everyone else tired. She also likes to get our attention by growling, and then barking loudly. It gets quite annoying. Poppy does some weird and silly things sometimes. If she wants to play sometimes she will shove the side of her face into the ground, and roll over and start wiggling around on her back. It is one of the cutest things I have seen. 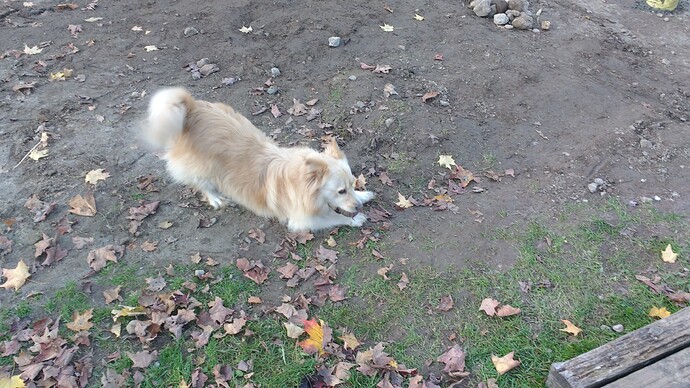 Autumn likes food. If you go into the kitchen she will be right there, waiting for something with what we call “psycho eyes” due to how focused and huge they get. She is the opposite of Poppy in terms of eating. Autumn will be done eating in about 20-30 seconds while poppy takes 1-2 minutes. Autumn always finds a way to get into the path of someone. If you are walking somewhere, you bet shes there. She is very cute when lying down and wanting pets. She will lie on the ground waiting for someone to come along, and when she sees you there, she will start to wag her tail, thumping on the ground as you walk by and pet her. If you say her name while she is lying down she will start to wag her tail too. 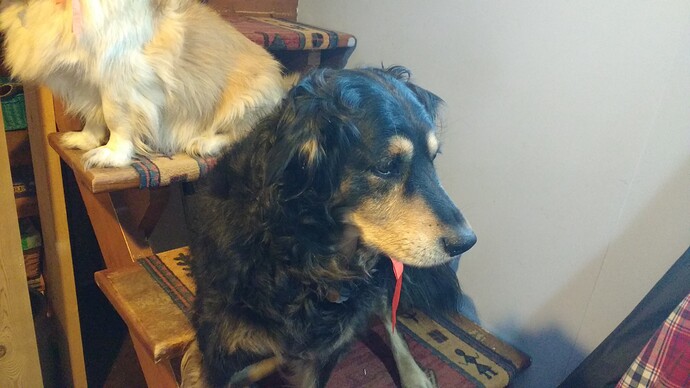 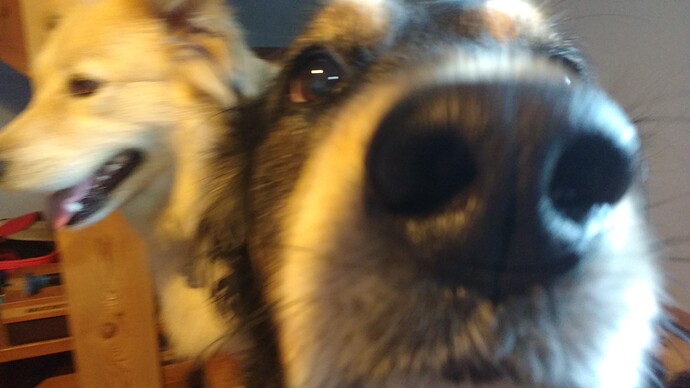 If you are petting one of them the other dog will start to get jealous and come over. They both love to play-fight with each other and explore our 12 acre forest. Autumn will often run away and not come back until a few hours pass which is quite annoying. Autumn when she comes face to face with water, will try to sit in it, with her butt floating in the water. Poppy doesn’t like water and only really gets near it when she needs a drink. She will go in it if she needs to get to something but that is all. 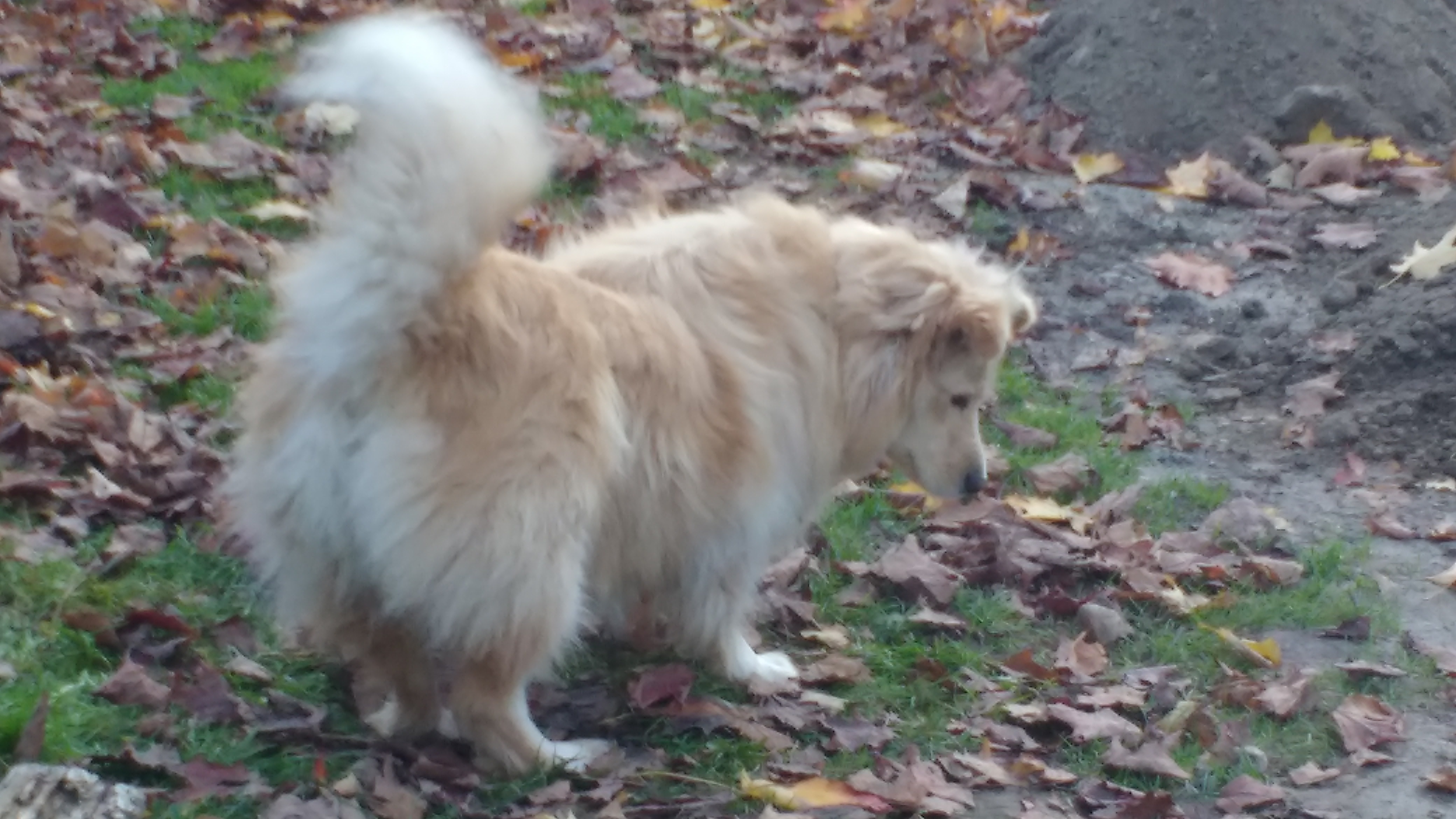 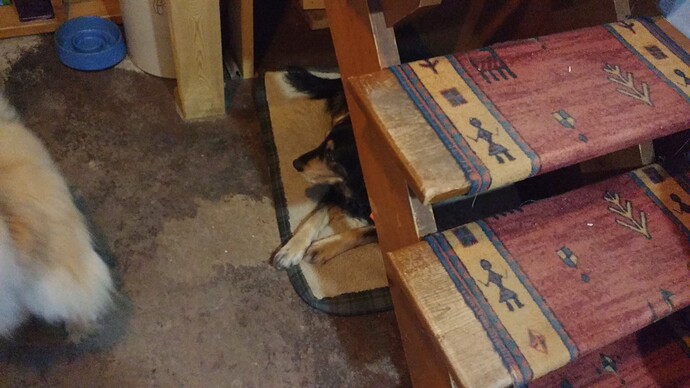 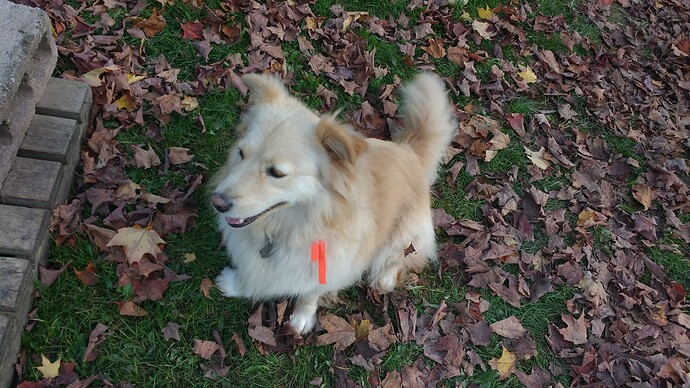 Poppy is part Corgi, Golden Retriever, and Pomeranian (we think).

They gonna make for the best Dog shaming videos

I just updated the OP with more cute pictures and more about Autumn and Poppy.

I was going to rage over a thread on pillows, but fuck they are cute, nice dogs.

aww cute dogs, and a fun fact, Autumn shares their name with my stepsister