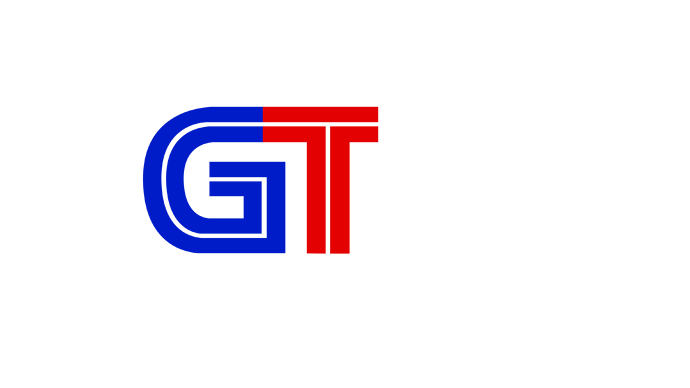 What the purpose?
I had this idea a couple of months back when I was doing my Lore Cars (Another Topic I did). Of course, being a Gran Turismo fan that I was, I was just playing some Gran Turismo 3 for a bit and got bored. I was so bored that I decided to recreate the race events from Gran Turismo 3 Career events in Automation using Photoshop. 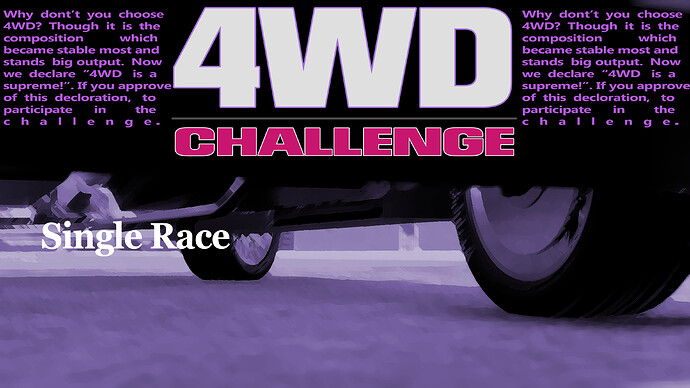 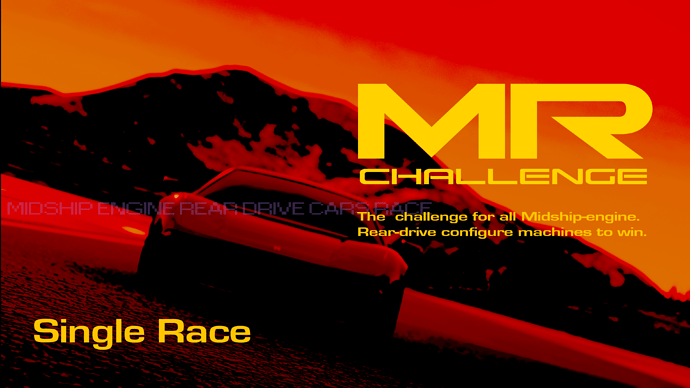 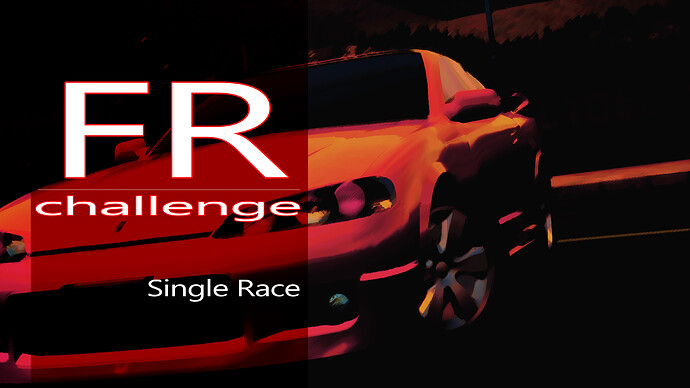 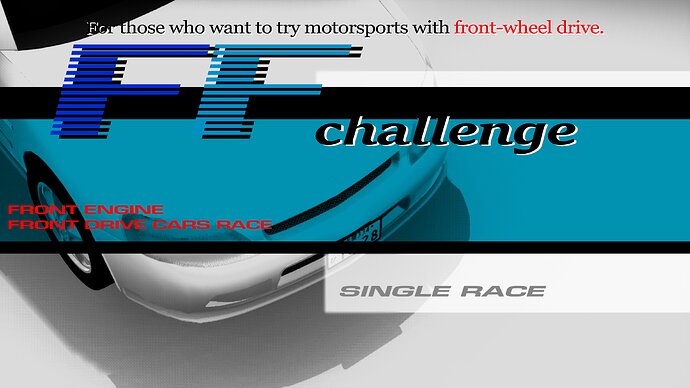 Suddenly, I thought of something as I was making it. A made-up mid-2000s racing game so probably a game from 2005. Not only I thought about the Gran Turismo series, but there were also other games in mind that I could get some inspiration from. Sega GT 2002 & Enthusia Professional Racing. I started this project in June 2019. I played countless of GT3 & GT4 on my PS2, & Watch some couple videos of Sega GT 2002 & Enthusia. After that GTR was born! (Yes I know there is a game called FIA GTR But couldn’t get any good ideas for the name.) 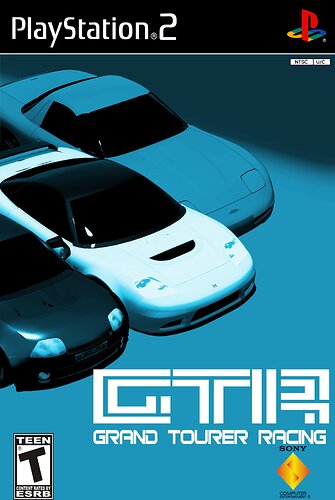 Remake of the cover art September 2019 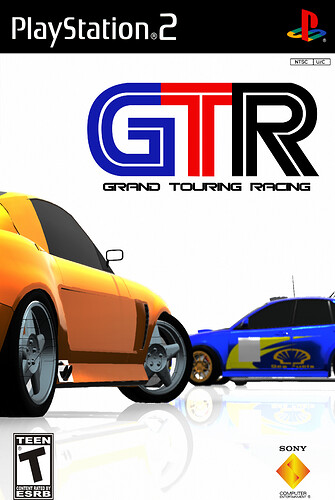 As you can see, All of the lore cars I made will be used in the project so for those who see my Lore car thread, you might recognize them easily. Especially there based on cars in real life.

Select your 1st First Car!
Players will start with 30,000 Cr. to pick their first car. Some players would like to pick the cheapest, but they will start-up slow, but you will progress more to get upgrade parts or even buy a brand new car. But for those who want to buy the fast or rare rides, there are some good cars in the lists, but would eventually devour your money since they are a bit expensive. But you will be lucky to start off good being in the faster car. If you guys were to play this, Which car would you start off with? 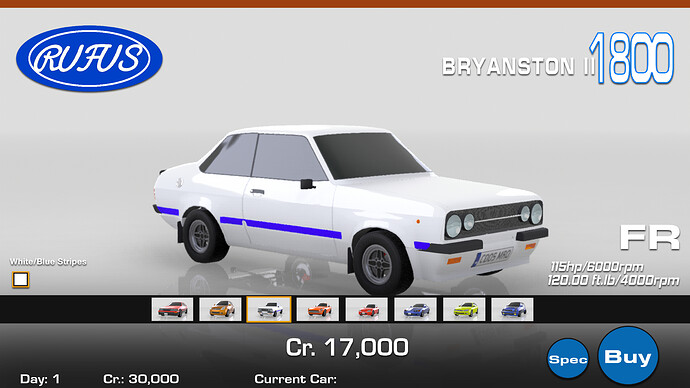 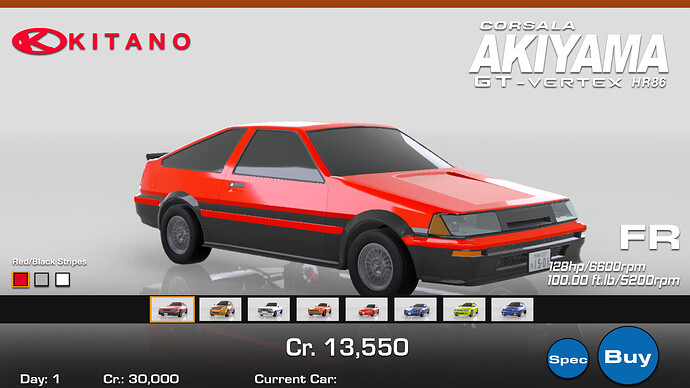 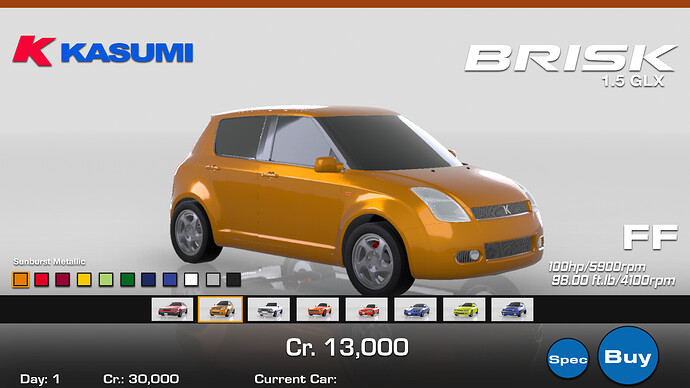 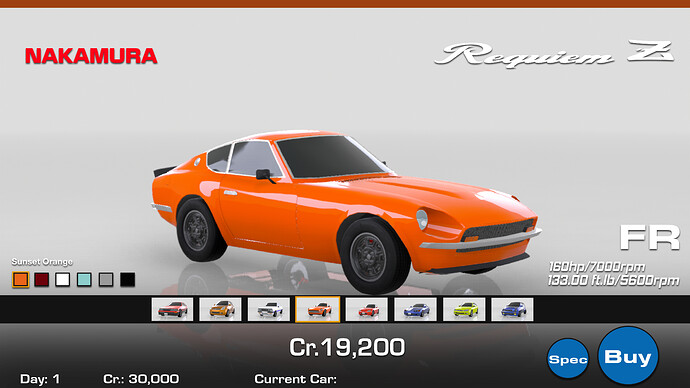 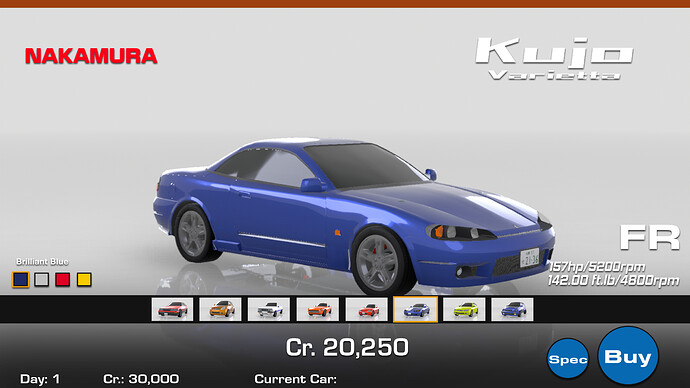 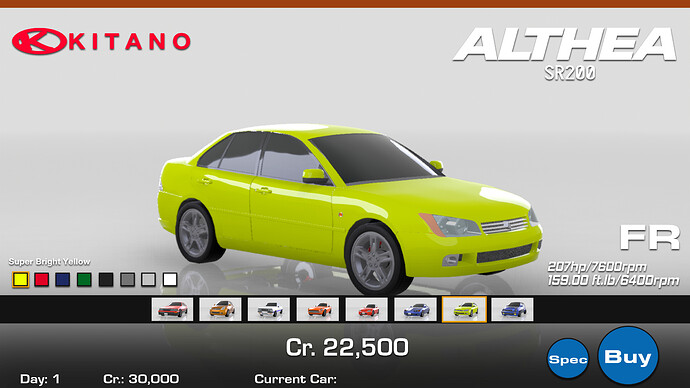 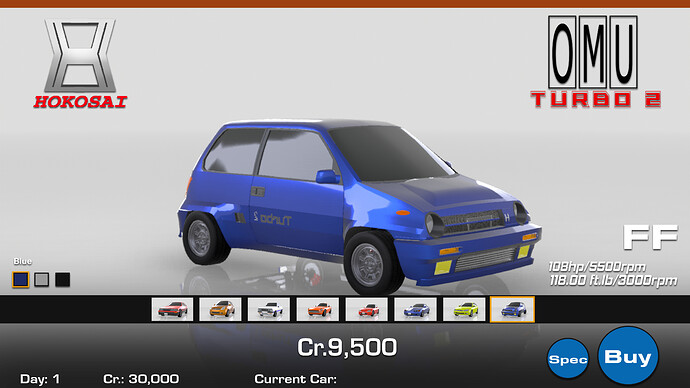 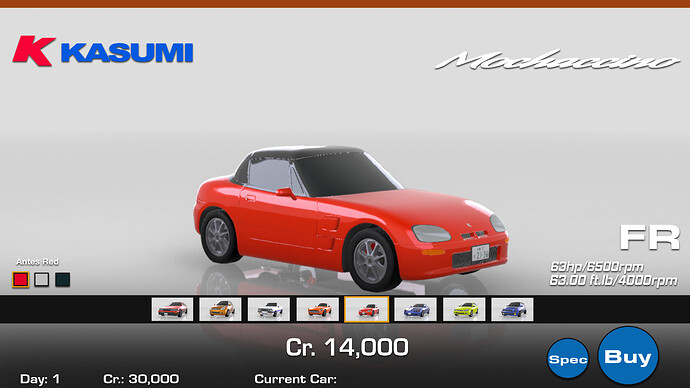 This game of yours is an obvious homage to the Gran Turismo series. As for the manufacturers and cars featured thus far, I can easily figure them out:

Kitano and Nakamura - Taken from Burnout Paradise, the former is best known for a long-running series staple, the Hydros Custom/Techno (formerly the Custom Coupe Ultimate) and the latter for the Ikusa GT.

Kasumi - Based on Suzuki, obviously, but the name is clearly a Dead or Alive reference.

Bryanston II - Seems like an ancestor of the Bryanston V featured in Midnight Club II if I am not mistaken.

On the evidence I have been presented with thus far, the car I am most likely to start off with would be the Kitano Althea SR200 - it’s the most expensive car of the bunch, but not much more so than the Kujo Varietta and offers more power than any of the other starter cars, so I won’t have to spend as much money on upgrades.

And that is an excellent choice! 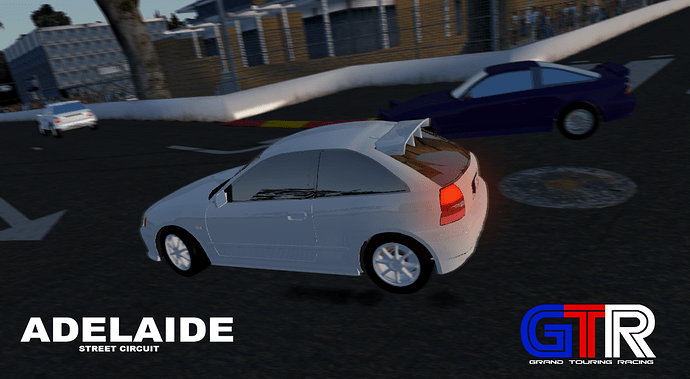 I think that screenshot was taken in Beam - but is it on the original 1985 layout or the shorter one first used in 1999?

Anyway, the closest car in the screenshot is very similar to the '97 Civic Type-R, and based on the Colt body.

I believe this is the 1999 layout. Was an imported track from Toca Race Driver 3.