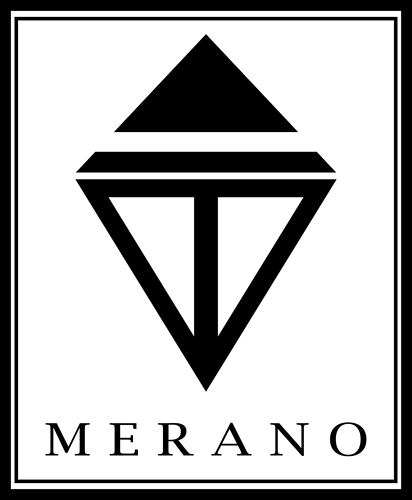 Merano Automobiles S.p.A. is an Italian automobile manufacturer based in Merano, South Tyrol.

The company was founded in 1919 by the Austro-Italian automotive engineer Alfredo Morelli (1888-1963) as Carrozzeria Merano.

During the 1920s and 1930s the coachbuilder created distinctive and prestigious bodies for cars from numerous European manufacturers. In a time when automobiles were exotic and often idiosyncratic creations, the products of Merano were finely crafted works of art, elegant in conception and executed with due regard to combining function with exquisite form.

As the business grew, Alfredo Morelli would no longer concentrate solely on coachwork and pushed forward the in-house development of an engine and chassis. In 1934 the company introduced the Odysseus (T8), the first automobile entirely designed by Merano.

The Odysseus was not a mere luxury car, but among the most advanced, modern, and compelling luxury cars that money could buy.
Virtually every important piece was produced in-house in Merano’s fabrication shop, foundry and machine shop. The product of artisans, each of whom took pride in the performance, reliability, quality, execution, and appearance of his separate creation, these Meranos also reflected the overall responsibility of engineer Alfredo Morelli, who continually tested, evaluated, and improved their performance until they met his high, and growing standards.

When the company, which employed hundreds of artisans, mechanics, and engineers to build only a few cars, encountered the inevitable financial difficulties, it was bought by an Austrian privateer, whose family still holds 52% of the shares today.
However, it was directed to build more saleable automobiles to generate cash flow and keep those hundreds employed.

The outbreak of war in Europe would limit production of the T9 to only a few hundred examples during the years of conflict. However, at the end of the war, the T9 offered Merano the opportunity to re-launch its manufacturing efforts by returning to its advanced pre-war design. 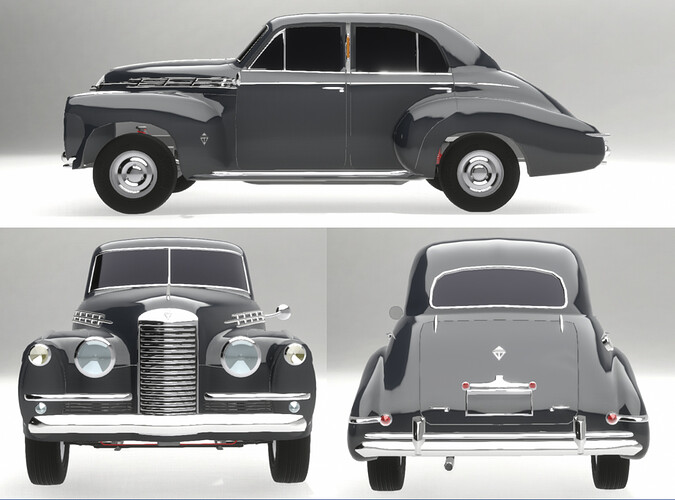 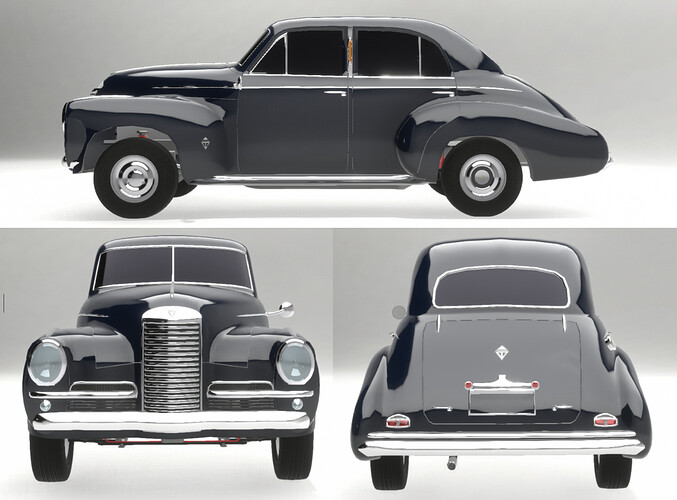 Like its predecessor and many other Meranos, it was given the name of a Greek mythological figure.

The Perseus would be both the company’s last pre-war model, and, following World War II, its first post-war offering. It is also considered to be the last true coachbuilt, hand-made Merano.

Introduced in 1938 as a lighter and more efficient replacement for Merano’s flagship Odysseus, Alfredo Morelli’s newest creation was immediately met with praise from its upscale clientele. The Perseus featured a 2,497cc single overhead camshaft inline six-cylinder engine with 85hp mated to a four-speed manual transmission. Thanks to its double-wishbone independent front suspension with coil springs, the Italian manufacturer was able to offer advanced handling characteristics to match its considerable performance.

The T9 was available with a modern factory-fitted berlina body. Alongside this, Merano also offered a chassis-only version, which was the ideal platform for coachbuilders.

Regular production was interrupted due to the events of the war in 1940. However, from 1940 to 1942 Merano produced a military version of the T9 commissioned by the Italian Ministry of Defence as a staff car for high ranking officers. The car was modified to operate in harsh conditions and had two spare wheels as well as an enlarged fuel tank with a capacity of 150 litres. Total production amounted to 130 cars plus two all-wheel drive prototypes.

Civilian automobile production was resumed in 1948.

While the framework essentially stayed the same, the body was redesigned, to clearly differentiate the post-war T9 from the pre-war version. The most distinctive change were the new headlights, which were now elegantly integrated in the fenders.

In total 3,968 cars were built until production ultimately ceased in 1953.

Hey, that Perseus looks really nice! A solid start to your company 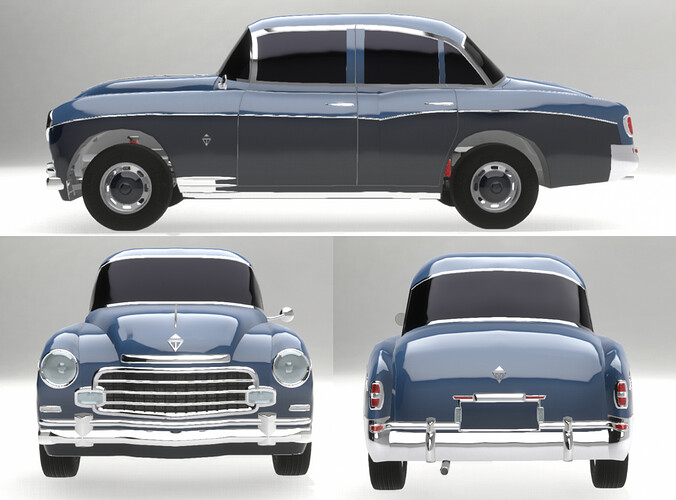 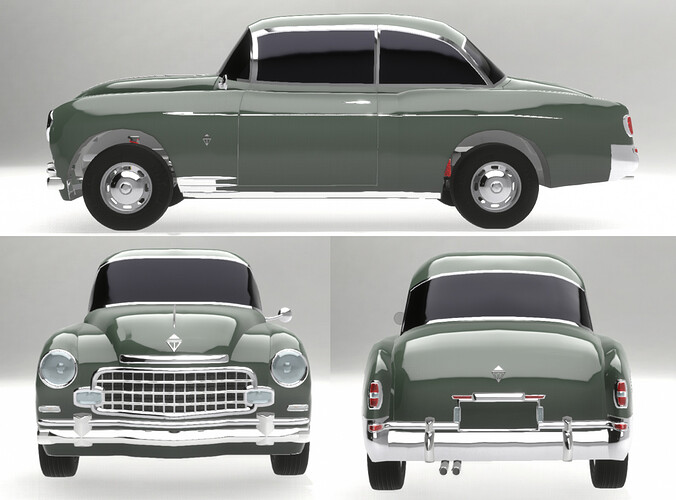 The Demeter is an executive car produced by the Italian car manufacturer Merano from 1953 to 1960.

As the marque’s first production car without a separate chassis, the importance of the internally designated T12 cannot be understated. It was the car that began the transformation of Merano from a builder of a handful of ultra-expensive road cars each year to a true manufacturer, bringing a level of luxury and engineering refinement to an audience of hundreds of thousands.

The Demeter was offered as four-door Berlina or as two-door Berlinetta. Both models used the legendary Alfredo Morelli-designed 2.5l straight-six engine, which basic construction dates back to 1938. The longitudinally mounted front-engine delivered 95hp in the Berlina, respectively 110hp in the Berlinetta and was attached to a 4-speed transmission, which sent the power to the rear wheels.

As subtly elegant performer, it was an instant darling of connoisseurs who appreciated the painstaking attention to detail.

In 1960 Merano replaced the Demeter with two models: the four-door Artemis and the 2-door Gran Turismo Admeta.

At the time of the Demeter’s debut, that particular fuel type didn’t exist - it would (and should) have run on 92 RON (leaded) petrol, but that would have meant that it would require 95 RON (unleaded) to keep it running today. Apart from that, the Demeter was a great start to Merano as a volume manufacturer.

My fault, of course it runs on regular leaded fuel with 92RON. Sorry for the confusion.

I thought that car was ready for newer unleaded fuel. 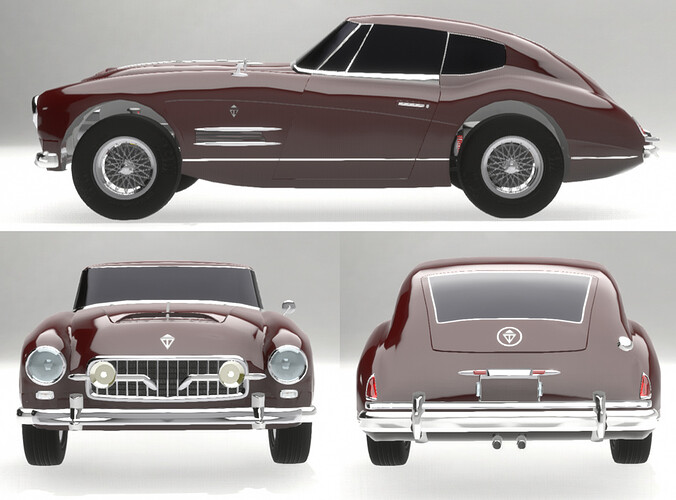 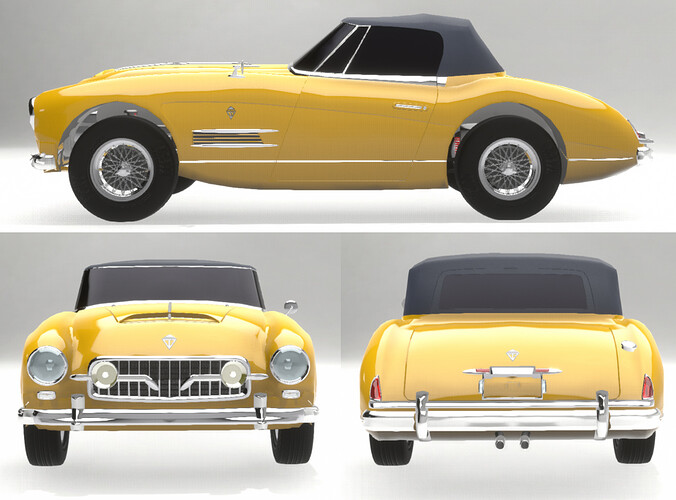 With it, Merano created a bespoke, ultra-luxurious, powerful automobile for the factory’s most dedicated, discerning, and wealthy clients.

The Zelos would utilize only the best of Merano, straddling the line between hand-built manufacturing and mass-production processes.

Many mechanical components were sourced from the Demeter (T12), including the 2.5l overhead camshaft inline six-cylinder engine, which was upgraded with three carburettors. Delivering a considerable 145hp, the Zelos offered exhilarating performance wrapped in elegant bodywork formed from lightweight aluminium.

Like most sophisticated chassis of the time, the T22 also lent itself handsomely to custom coachwork. The unibody construction was therefore specifically designed to allow coachbuilders to rebody it.

No more than 139 units of the T22-chassis are believed to have been built between 1953 and 1956. Of those, only 90 were delivered with the factory-fitted bodywork, in both Coupé and Spider configurations.
Despite the low production numbers, the Zelos (T22) remains one of the marque’s most legendary motor cars to this day.