After some thorough analysis of the many options available to him, Jeff finally narrowed down his list of top contenders to just five cars. Further deliberation followed, and eventually he came up with a finishing order for the finalists. He ranked them as follows:

5th: The Doog Nion FRT-4 served as a good baseline early on, but its boy-racer styling is out of step with Jeff’s tastes, and most of the other finalists outclass it in terms of fuel economy. It’s also very close to the budget cap.

4th: So close and yet so far from a podium finish, the IP Colibri 1.5 DX is actually better value than the Nion in terms of purchase price, but is ultimately undone by being the least comfortable of all the finalists.

3rd: The Dongsun AC-1 barely sneaks into the podium places by dint of its light weight and nippy feel, being one of the few entries here to use a multilink rear suspension. Even so, its low safety rating ensures it cannot finish any higher.

2nd: IKIGAI has delivered a surprise package with the 250A - its distinctive styling has plenty of presence, and it doesn’t feel as compromised as many of the other finalists. It could (and should) be more economical, though, which brings us to…

1st: …the Wichsen Luna 1.6i, which does the most things right and the fewest things badly. Its high body roll (a trait shared with a few other cars here) can be more easily overlooked in view of it being the most economical car in the top 5.

The final top-5 finishing order is therefore as follows: 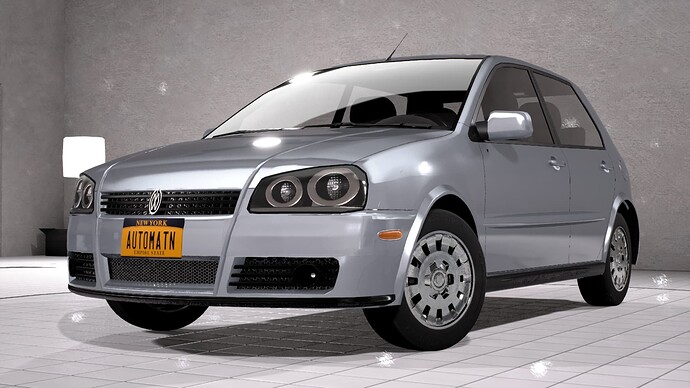 After a brief deliberation, Jeff settled on the Wichsen Luna 1.6i as his next car. Over the next few years, he reveled in its blend of economy and comfort, and his family was forever grateful for the purchase. Five years later, however, fuel prices were much lower, and he was making a decent amount of money annually at his new job, now on the opposite side of the country - enough for him to trade in the Luna 1.6i for another example, but in a sportier, high-performance trim level. How he will replace that one, however, is a story for another day.

Many thanks to all who participated - I hope you enjoyed this QFC as much as I did!

Seems like the penalty box punished itself out of the competition. Oh well. Then I don’t have to host in the middle of TMCC at least.

Almost! I suppose I could have made a 4 cyl but there’s just too many of those in a comp like this.

You might as well my dude, I did the one before that (or close), so yeah no diff. You run a good show.

It’s a good thing I reviewed the cars before the recent release of latest update (which changes how engines behave, and therefore their output and economy) - otherwise my rankings would have been totally borked!

I agree. I’m thinking we might need to take a bit to get back to basics and pretty much toss out all we used to know, start thinking much more realistically. I’m seeing about 50HP down (on 200HP engines) and about 1-2mpg loss but it feels more realistic at that number. I’ll keep playing around. VVL (something we see in the 2000’s and up, depending on the engine) has some huge changes, because you can now change the RPM of activation. Timing is now governed by usable octane/compression/mixture, so things are definitely different. Should be fun to re-calibrate our minds.

to deliver your terribly bellated answer, your suspension tune greatly suffered from really stiff springs, which lowers comfort and drivability. you should have softened them to the point where comfort and drivability are maximized while sacrificing as little sportiness as possible. it would also help to give at least some camber to the front wheels, as they had 0 degrees.

and for the question of if it had enough power as the rest of the grid, it just wouldn’t be enough with its multitude of bad engineering choices. (auto transmission, medium tires, etc.)