The engine Problem has been resolved (See above) The six cylinder is just for A. personal Preferance and B. The brand is rather biased toward six cylinder engines…
and i have managed to get it all within the perameters of your restrictions on … everything (i think) . i just have some fine tuning to do and then to make an advert and all the related gubbins and all so it should be fine for now

Mine was 21.6 with injection, all forged and dual reverse flows and cat at 2.2L

I would have gone a bit quirky with a V4 personally if that was an option, I know a V6 would push costs etc up, but I think it’d work better than an I6 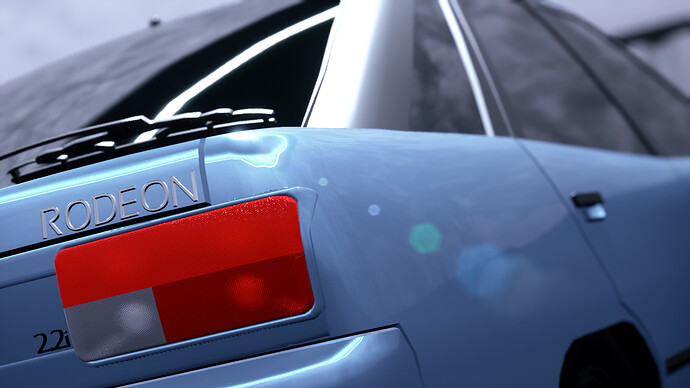 Yours is a lot more smooth and responsive than mine but mines a lot quieter and more refined, might try an I5 2.2 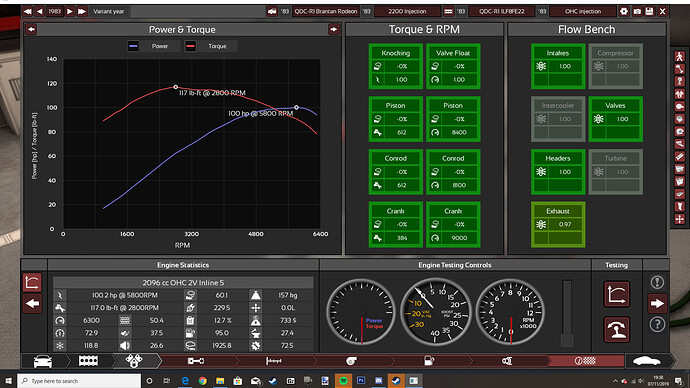 and My six is of the ‘good mid range torque’ veriety 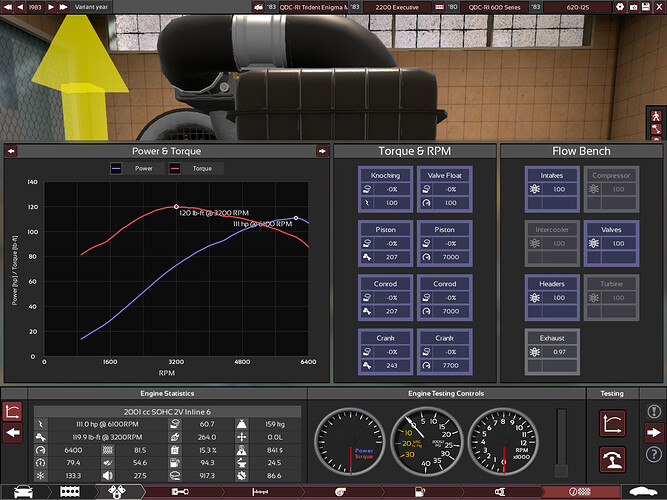 10.9 on mine, was 11 before I did a bit of fiddling with the ignition timing and cam profile

But mines quieter that tiny bit lighter and a fair chunk cheaper, my overtake time is 8.04, ours are fairly comparable engines tho.

Yeh put one on but that tipped the ET over 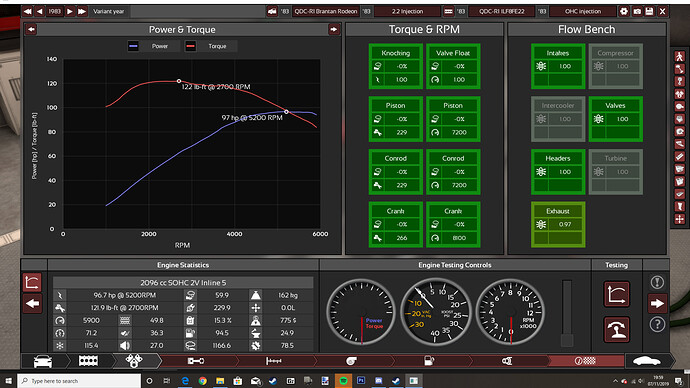 Just seen the emissions for your 2.2, 3000, I know it’s the sportier engine but that’s quite high…