I want to take a closer look at it - after all, 300 horsepower is a sizable amount today, although it would have been even more so 30 years ago.

Anyway, if you actually have any sedan/wagon designs, why not post those here on this thread? Especially when I have already seen you make such designs.

OK, I will send the car project later, and you will send me your 1995 KPS K10. I know this car participates in the challenge, but nevertheless, I liked it very much.

I have already sent the requested .car file to you - it should be in your inbox by now, so be sure to download it when you have time. 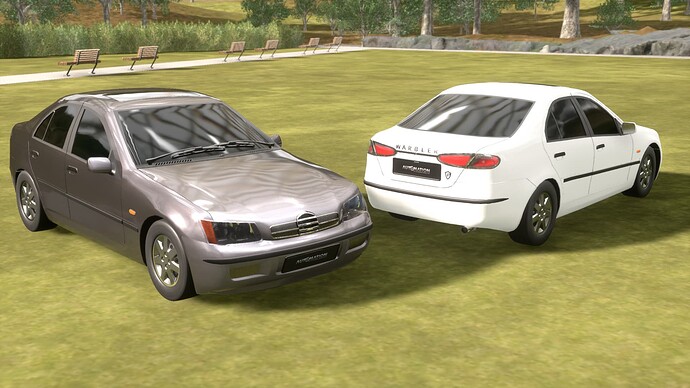 That’s probably one of the best designs I have seen from you. I like the rear lights the most, you’ve got something going there👍🏿

Thanks. Not very exciting maybe, but on the other hand it is a compact 90s sedan without sporty ambitions so it is supposed to be a bit bland. I am quite satisfied with the taillights too, I think this body is a bit awkward to place lights on due to the shape of the trunklid and rear corners, etc. 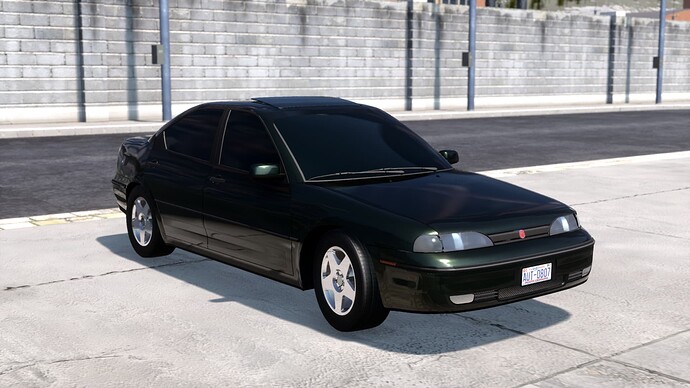 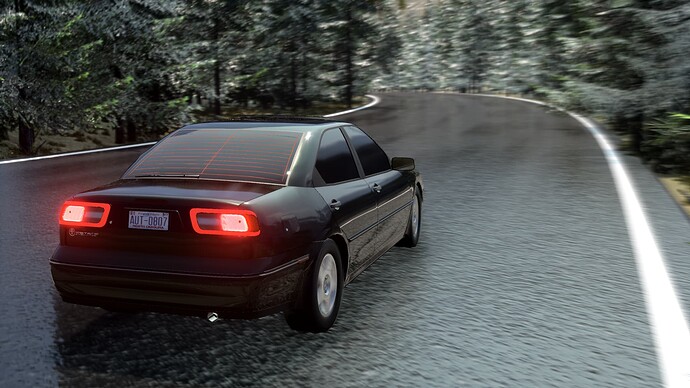 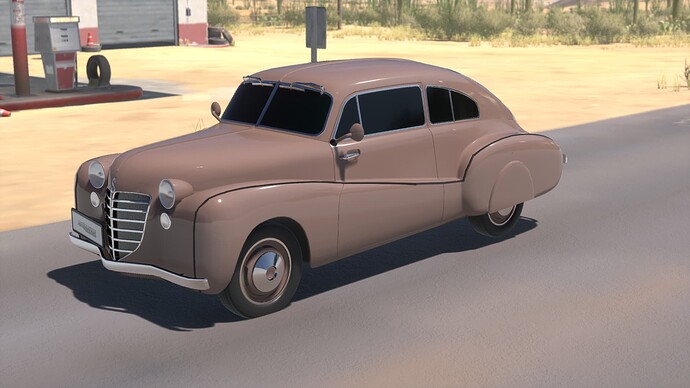 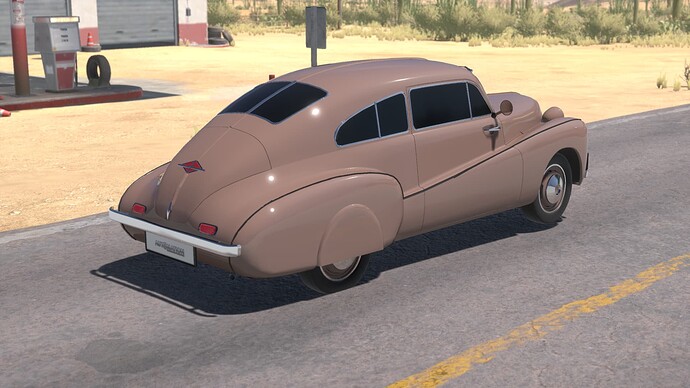 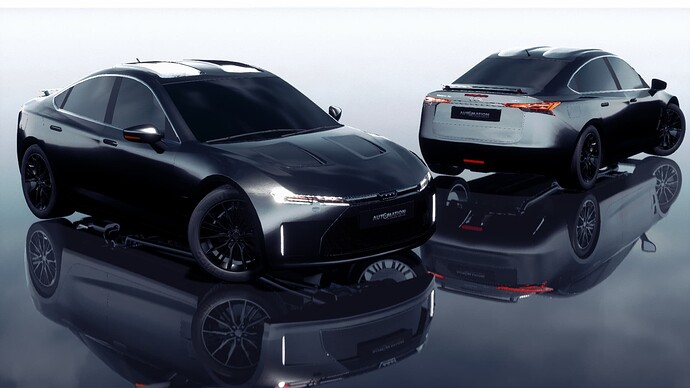 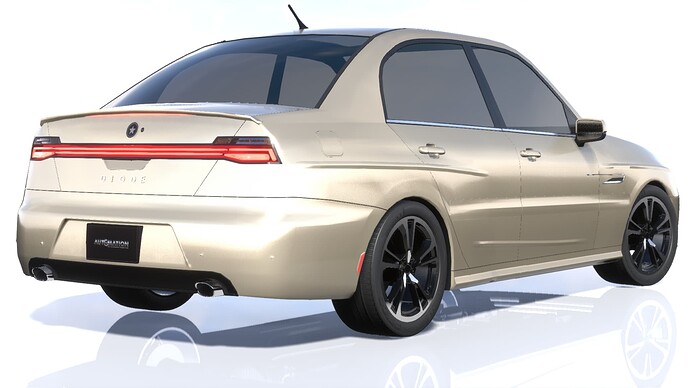 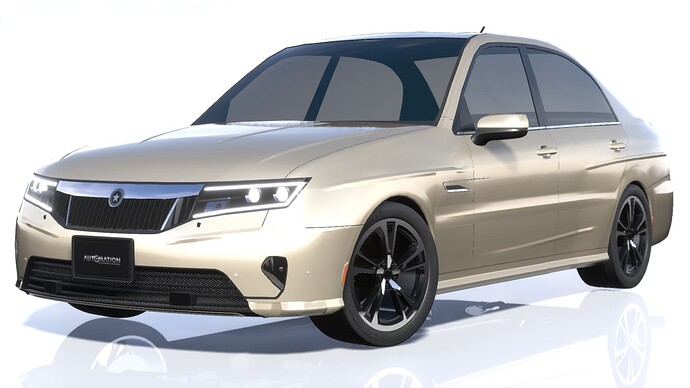 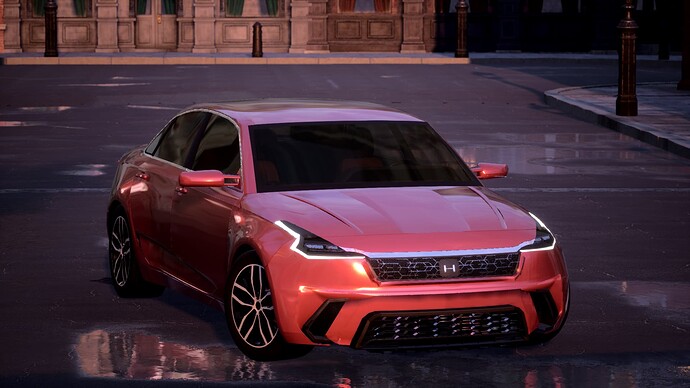 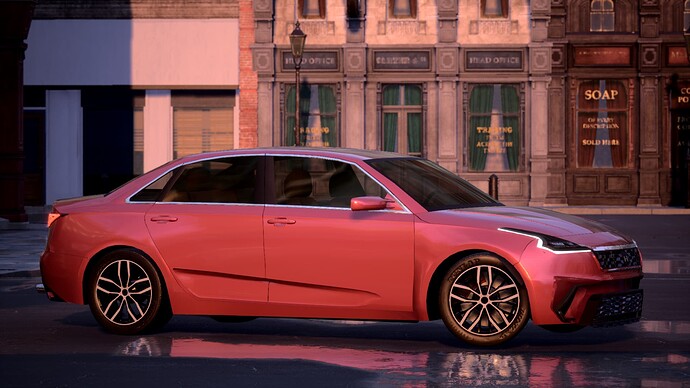 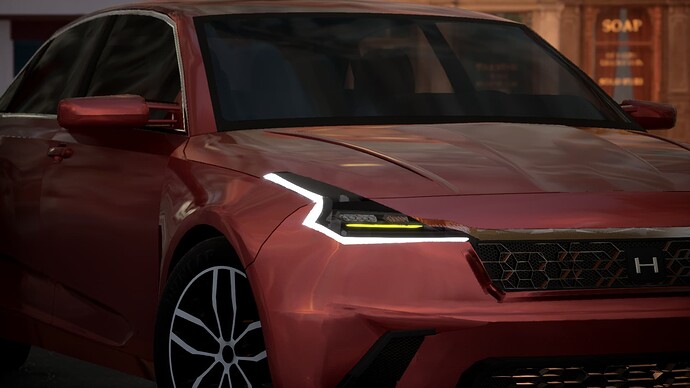 These are well intended remarks:
The ratio is very off. Cabin space is huge, but the engine space is shrunken down. Feel free to extend the nose line. I thi k it would do miracles on an already handsone car. Also, try different rw mirrors

The ratio is very off. Cabin space is huge, but the engine space is shrunken down.

Moving the A-pillar further back (and giving it a steeper rake for good measure) would work wonders for its proportions - and yield a dash-to-axle ratio more fitting for a premium car of this type.

Exactly. As is, it looks like a luxurious euro cruiser hooked to an economy car front FWD platform. 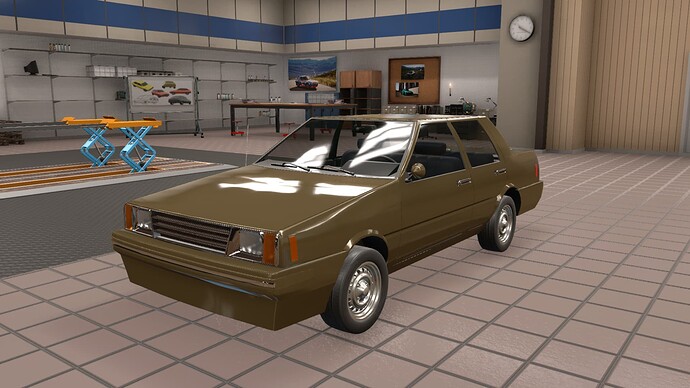 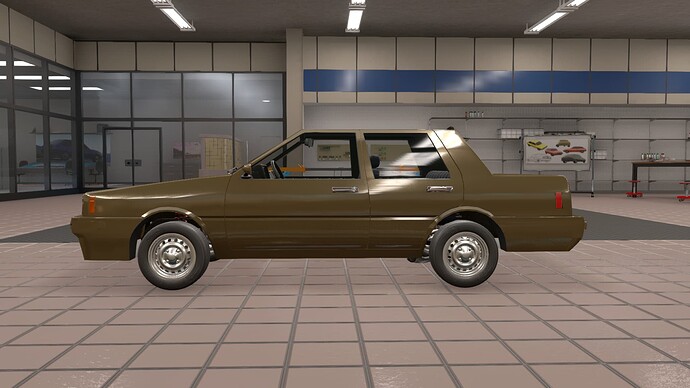 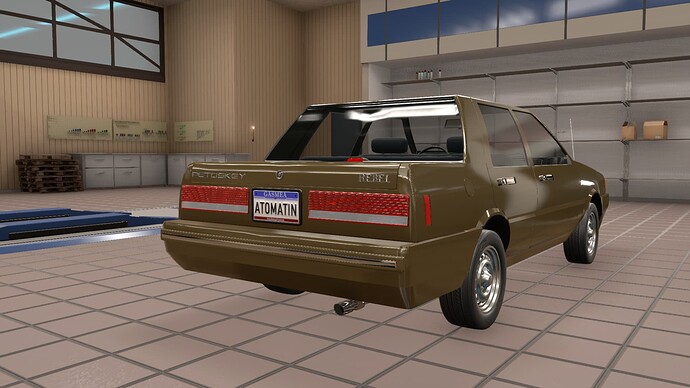 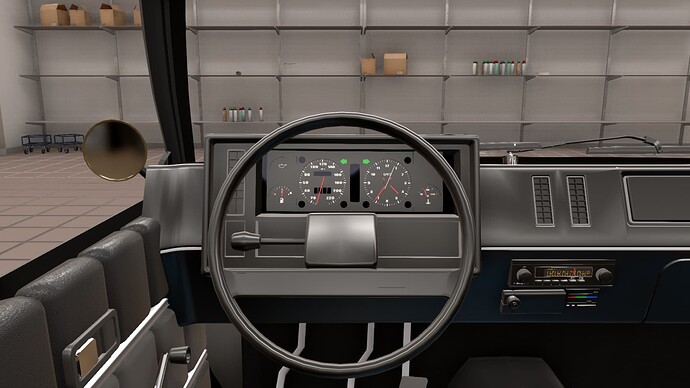 An entry level model produced by Petoskey Motors in the 1980s, this car proved cheap to manufacture, affordable to the public, and practical with seating for six passengers. A three speed automatic was also available. 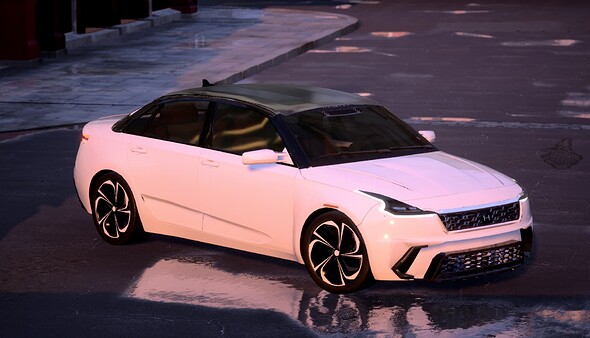 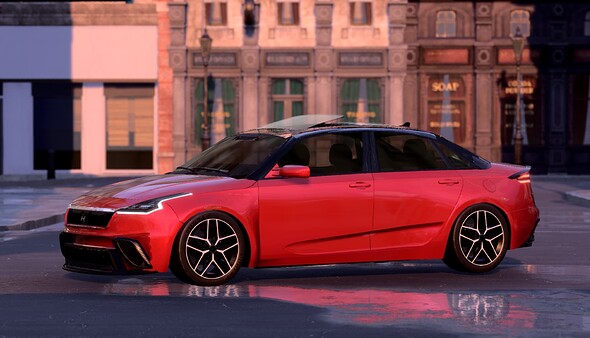 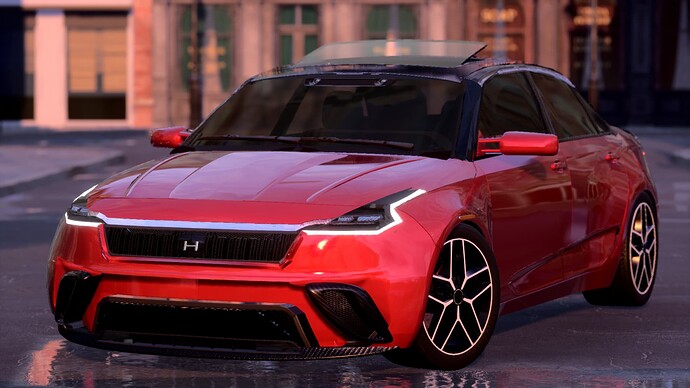 Sport at the bottom 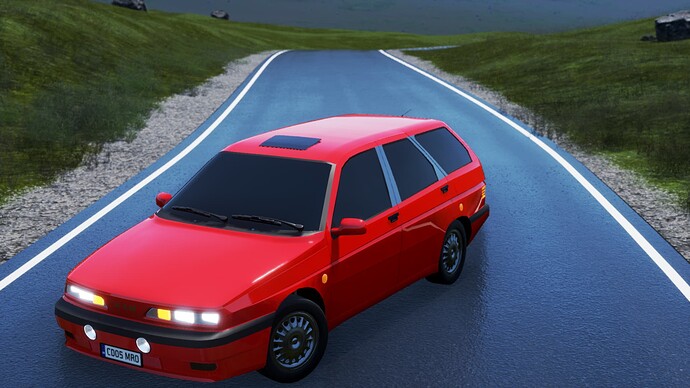 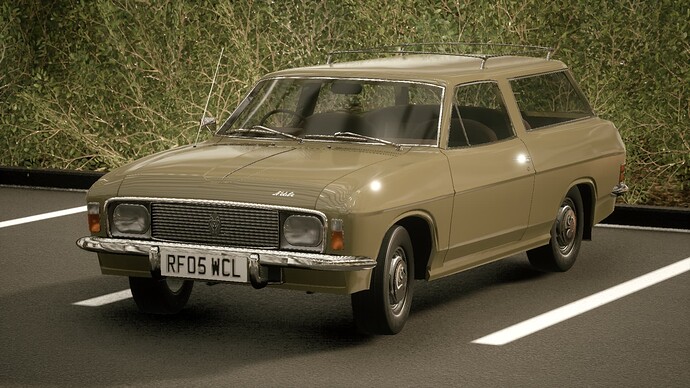 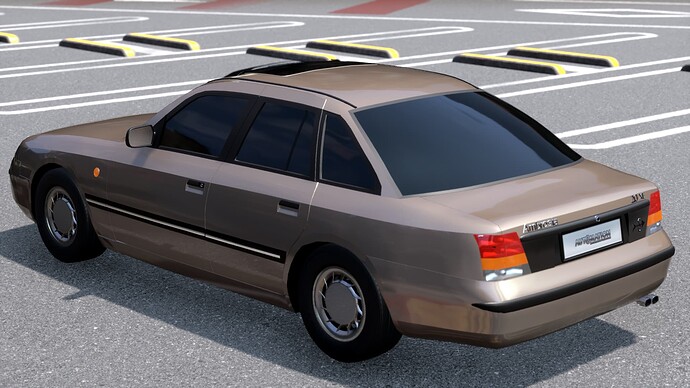 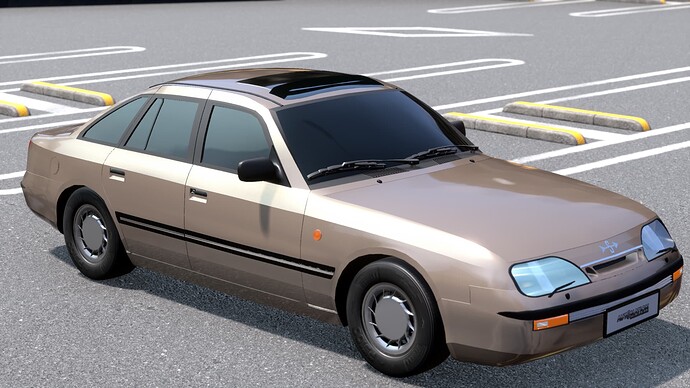 The Saarland Ambrosia was introduced in 1987 as a replacement for the long lived Saarland Bischof. It was rear wheel drive like its predecessor, but ditched the solid rear axle for a semi trailing arm suspension. It also added some other new technology like rear disc brakes and standard ABS.

It was available as a sedan or station wagon, with 1.8, 2 and 2.4 litre 4-cylinder engines, as well as 2.6 and 3 litre 6-cylinder units. The entry level model was the XE, followed by the LE and the most luxurious model, the GLE. There also was a sports model of the 3 litre sedan called the ES. In 1990 Saarland teamed up with Swedish sports car manufacturer RAUK, that enlarged the 3 litre inline six to 3.6 litres and added a turbocharger, in the low volume special version “RAUK-Saarland Ambrosia ET”.

The first generation Ambrosia was replaced by the second generation in 1994, even if a few MY94 Mk1 Ambrosias actually were built.