Hi everyone, I’m so happy as I finally bought the last component for my new pc

After 8 months (yeah… I basically had an intern salary, so it took me a looong time to save and source for good deals) so here are the parts.

CPU: Ryzen 5 1500x
Basically it fitted right in the budget. The ryzen 3 series was ok but wanted something more beefy as I use my computer for other stuff besides gaming, and the rizen 1600 was a tad too expensive (at the time I bought it, the difference between the two was around 25dlls in my country). 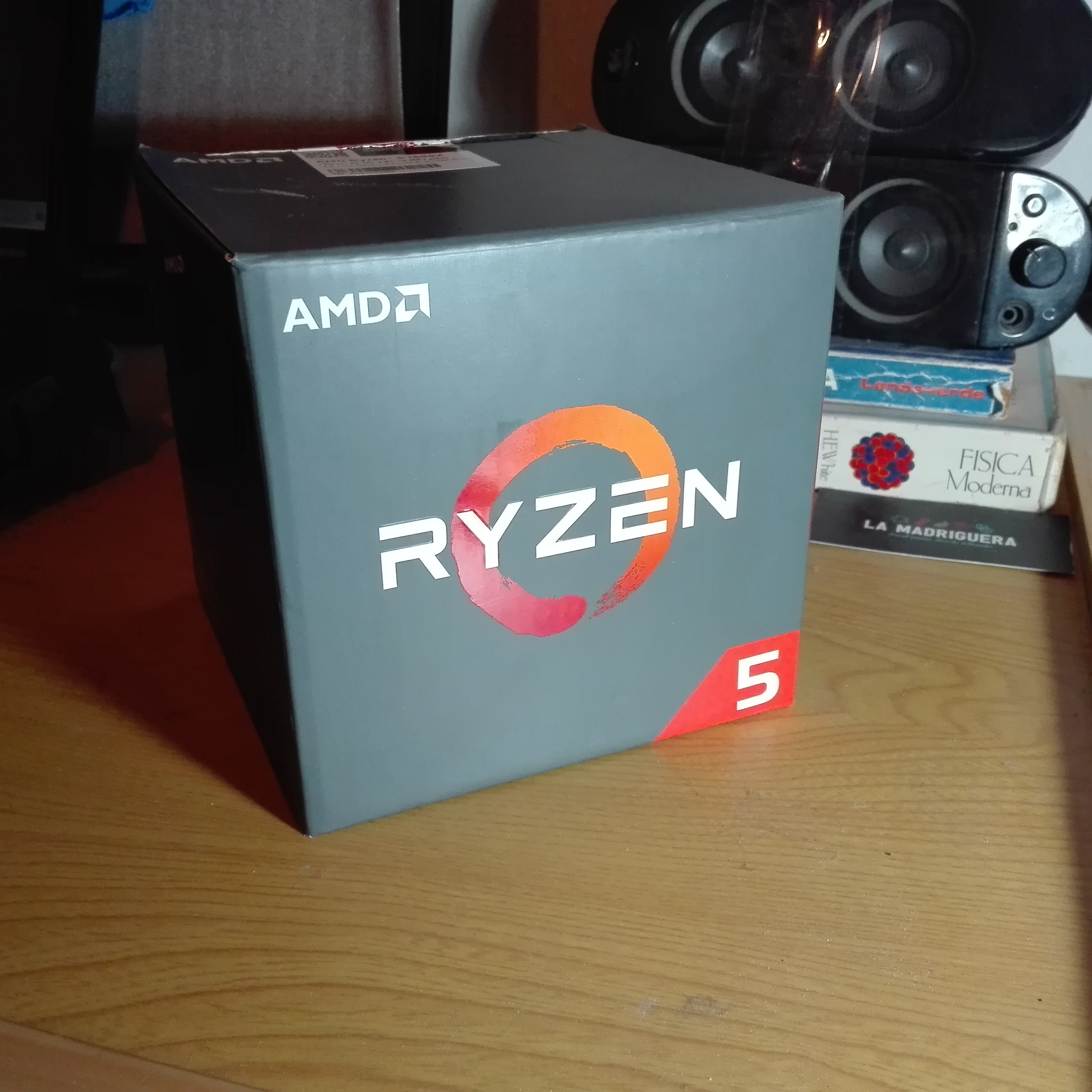 MOBO: Gygabyte GA-AB350 Gaming 3
All the 350chipset motheboards were around the same ballpark, I choose this one because it has 5.1/7.1 audio output and some fancy LED strips. 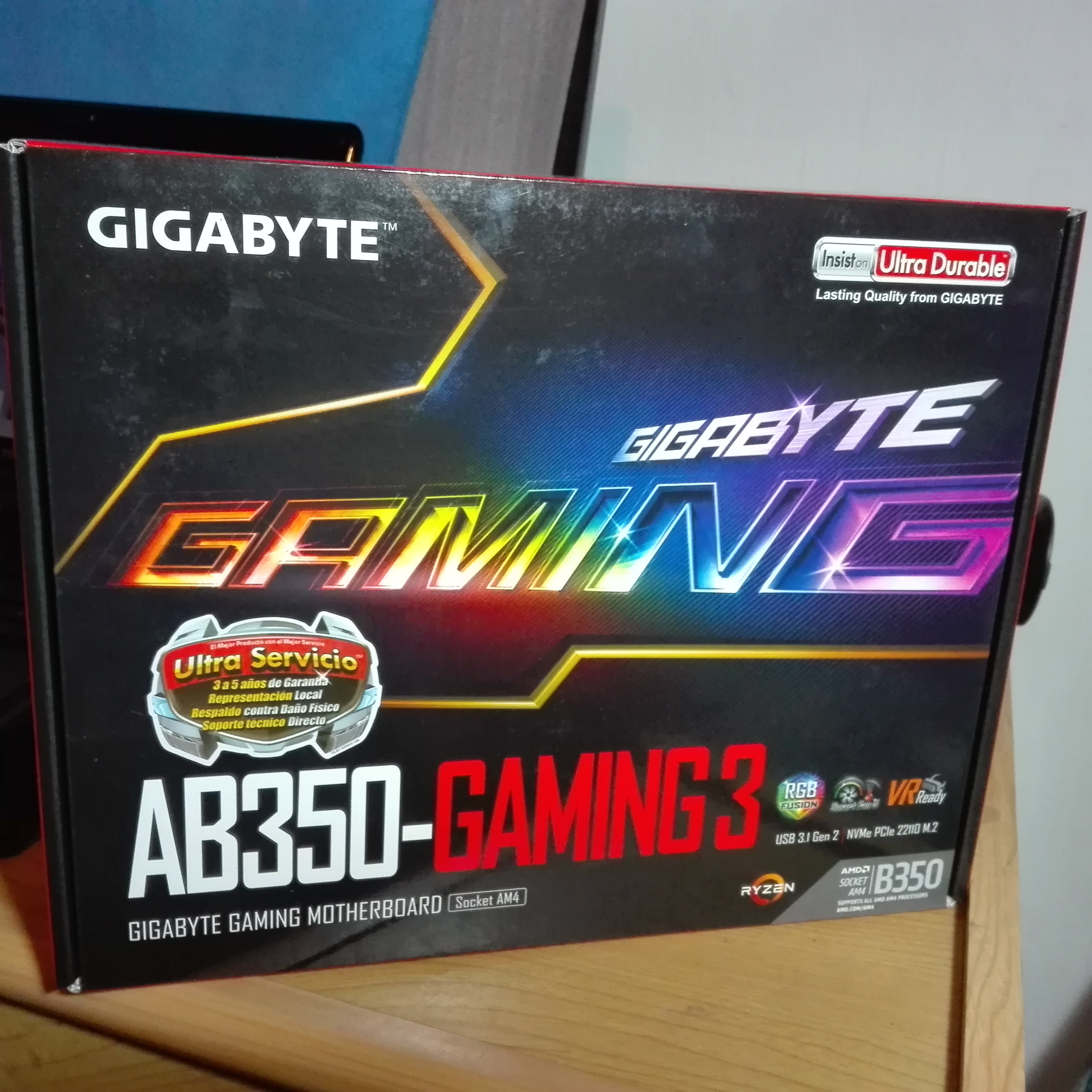 GPU: Zotac GTX 1060 6GB
Damn miners! Originally I planned to get the MSI GTX 1060 x 6G but it was way overpriced and it didn’t last more than 2 days in stock, so when I saw a good deal on this v-card I pulled the trigger. It has some nice reviews, the only downside is it doesn’t fit the black/red theme of the rest of the PC. 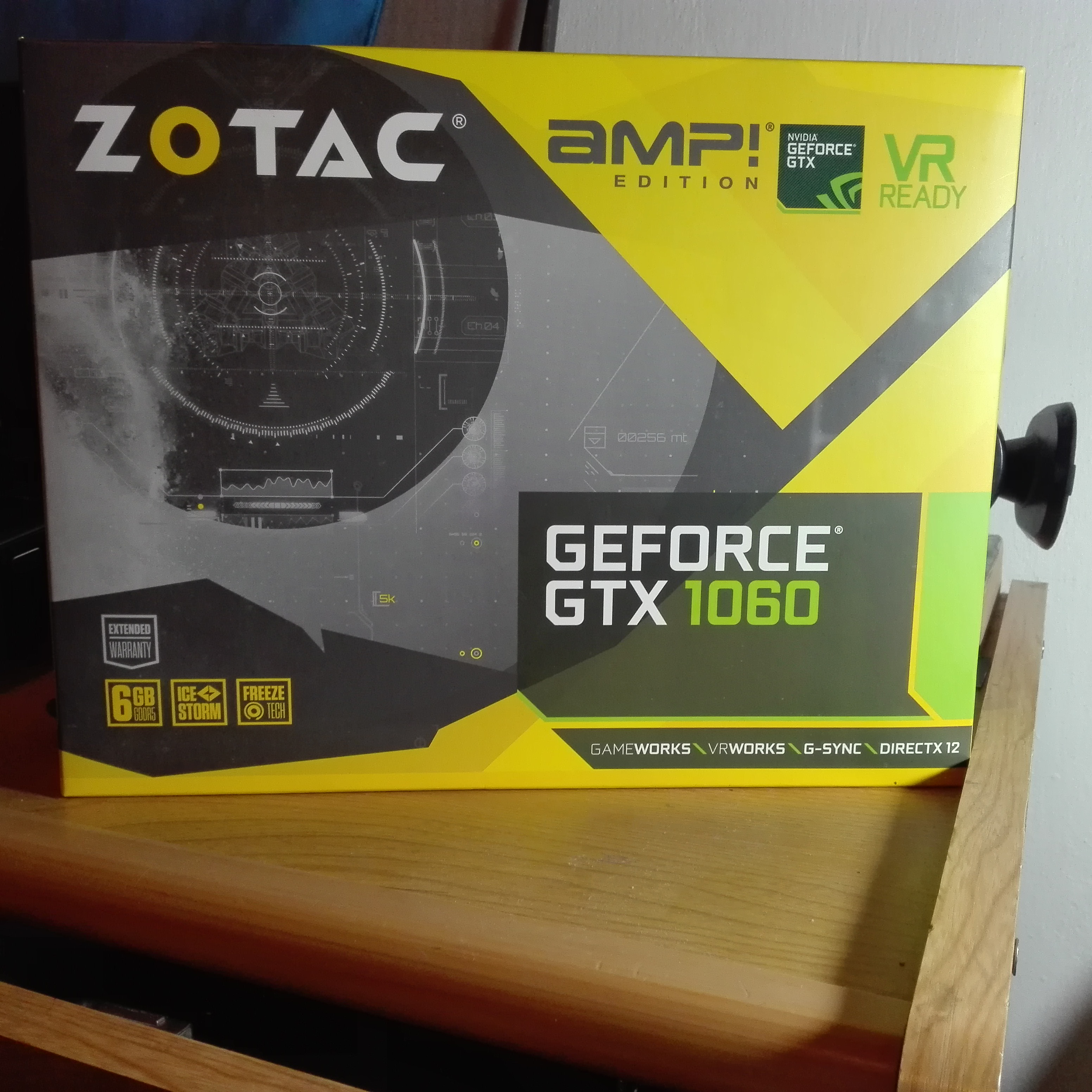 RAM: Corsair Vengeance DDR4 2x8GB 2666MHz
The cheapest 16GB kit I found. It has some nice leds tho. 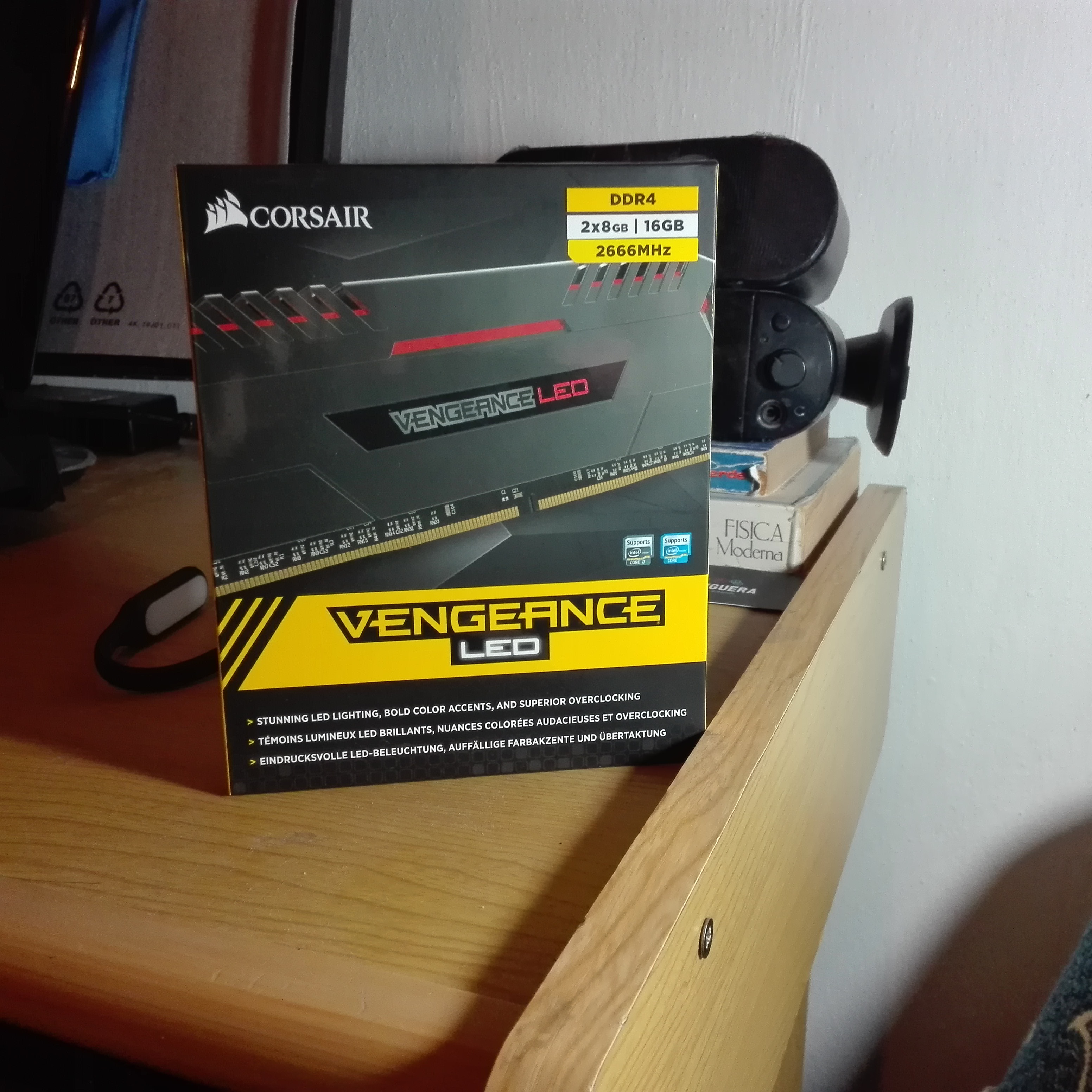 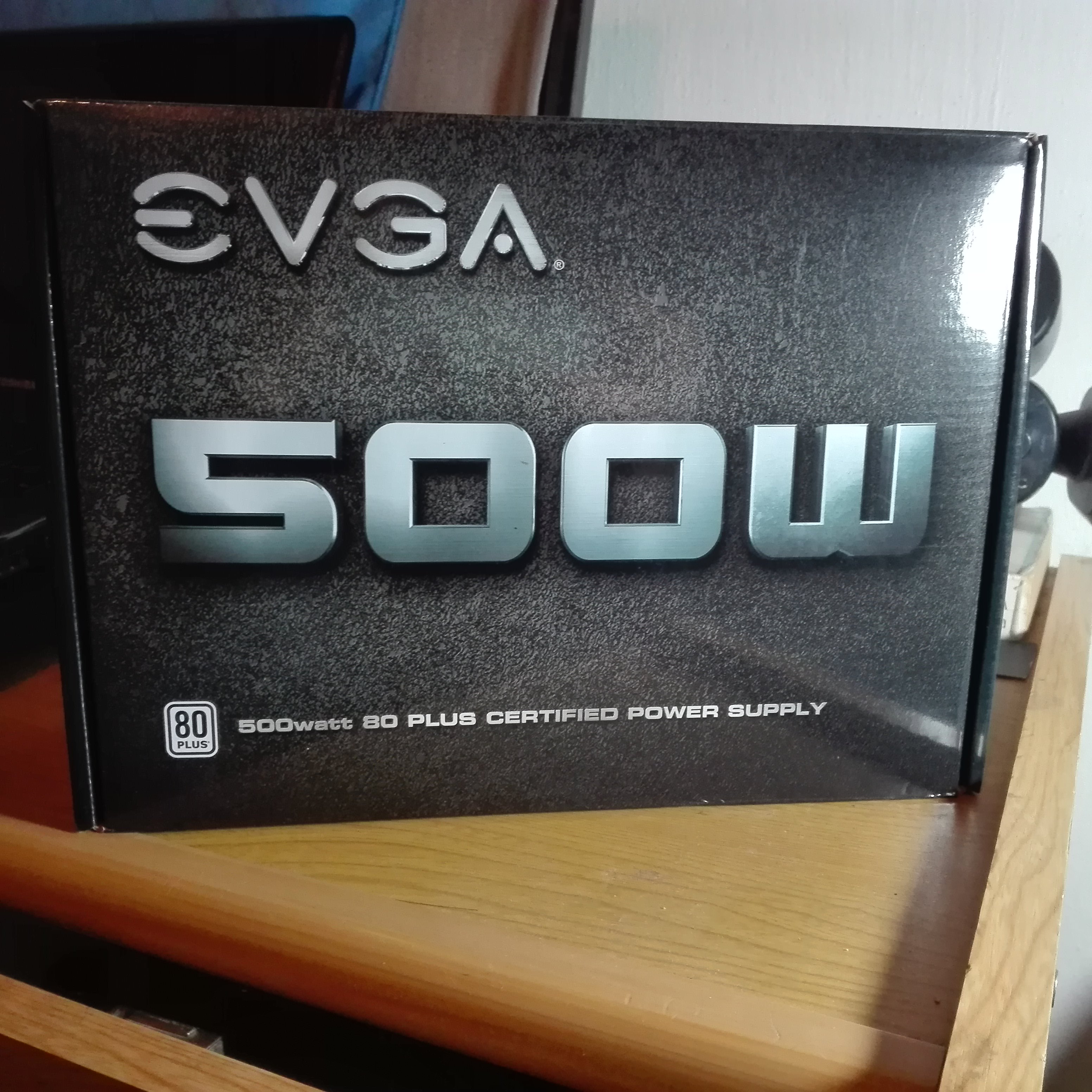 SSD: Kingston UV400 256GB
I got a nice deal for it (good reviews as well). Should be enough for Windows 10, main programs and my favourite steam games. 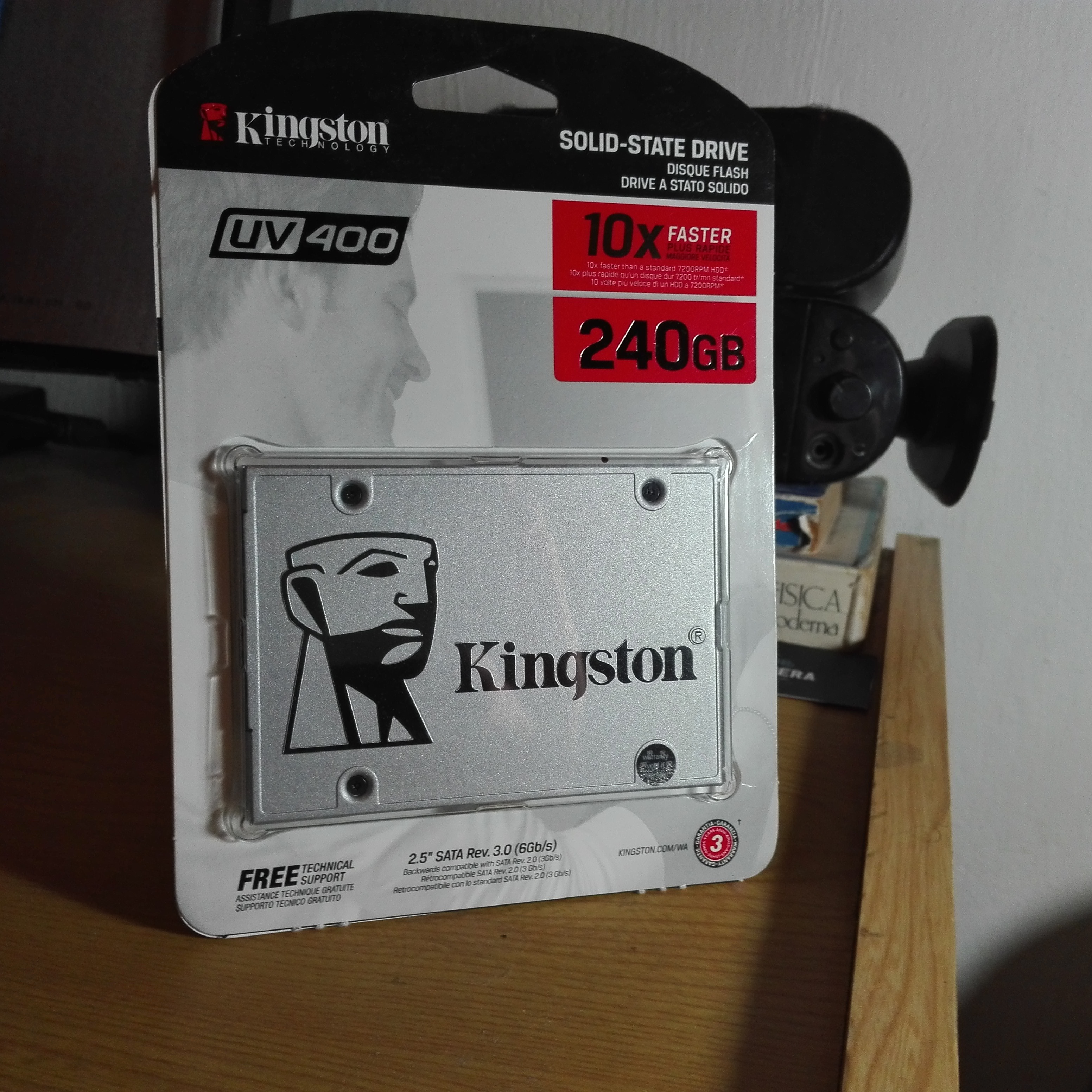 HD: Seagate Barracude 1TB
Inexpensive hard drive (less than 50dlls for a TB). Almost everyone have one. 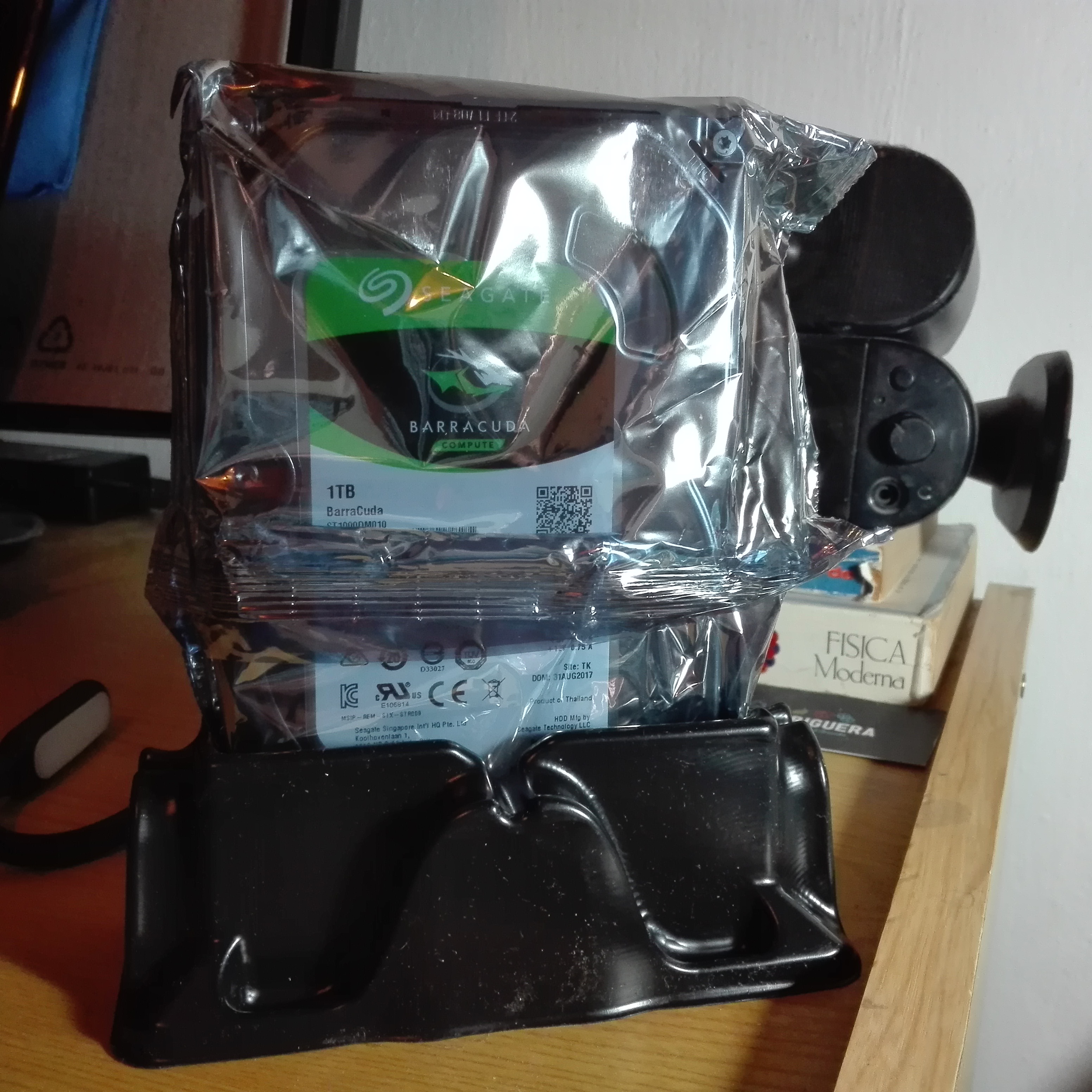 Case: Corsair Spec-01
Fairly old model, but it was the cheapest case I could get from a reputable brand with a very good build quality. It came with one LED fan. 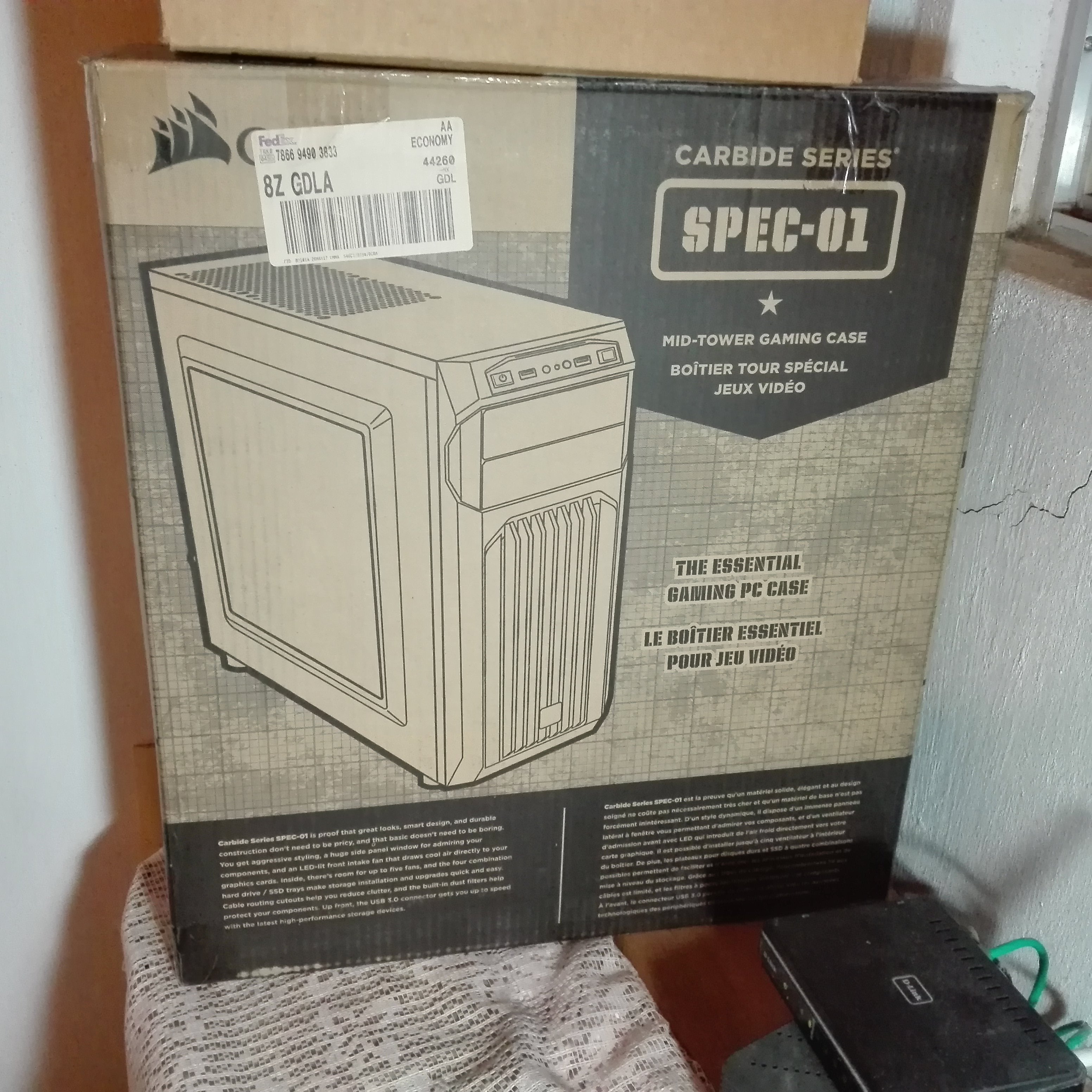 Cooling: 2x Corsair AF120mm fans
Since I’m not overclocking atm, I decided to use the stock amd cooler and buy a couple of case fans. Got’em with a decent discount. Plus LEDs! 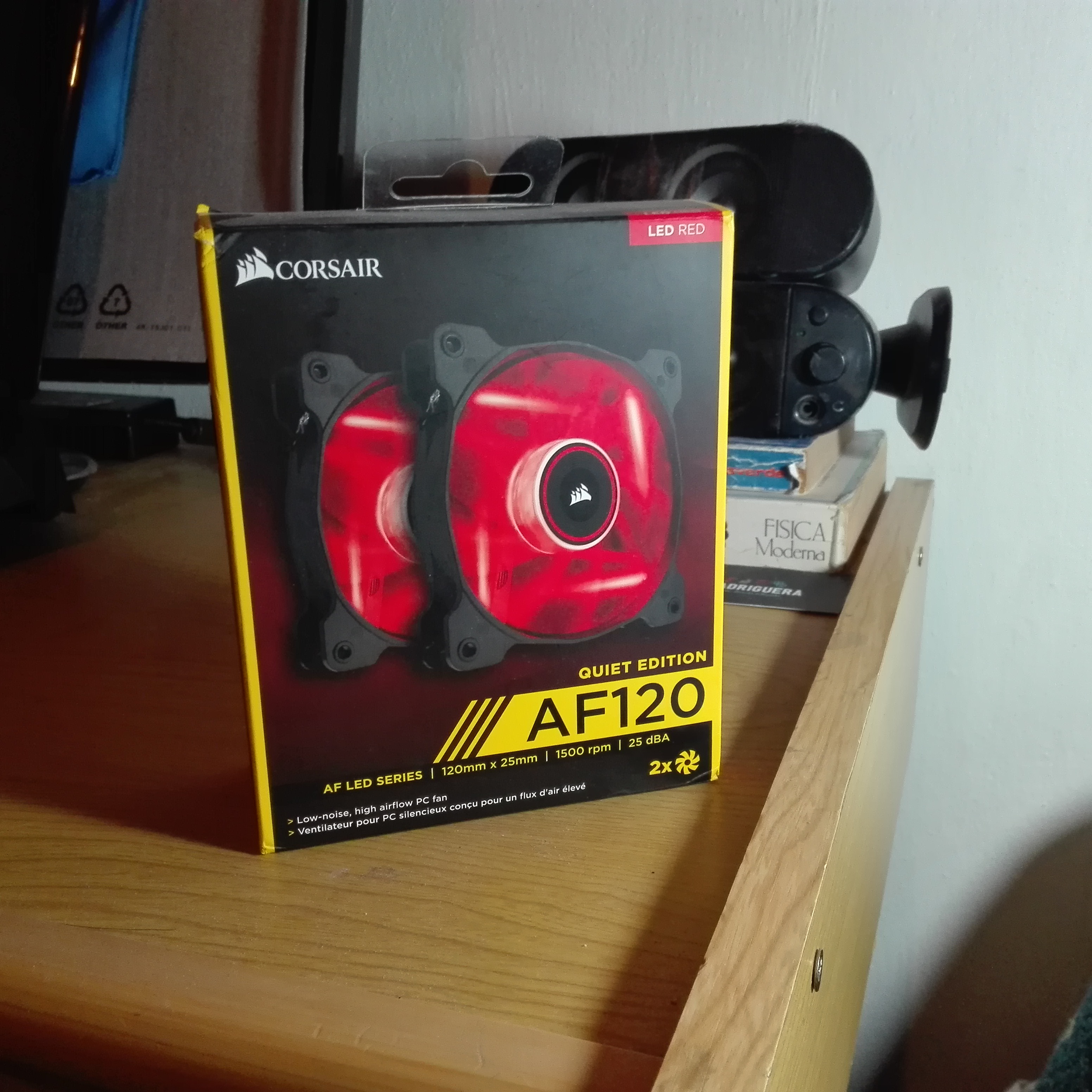 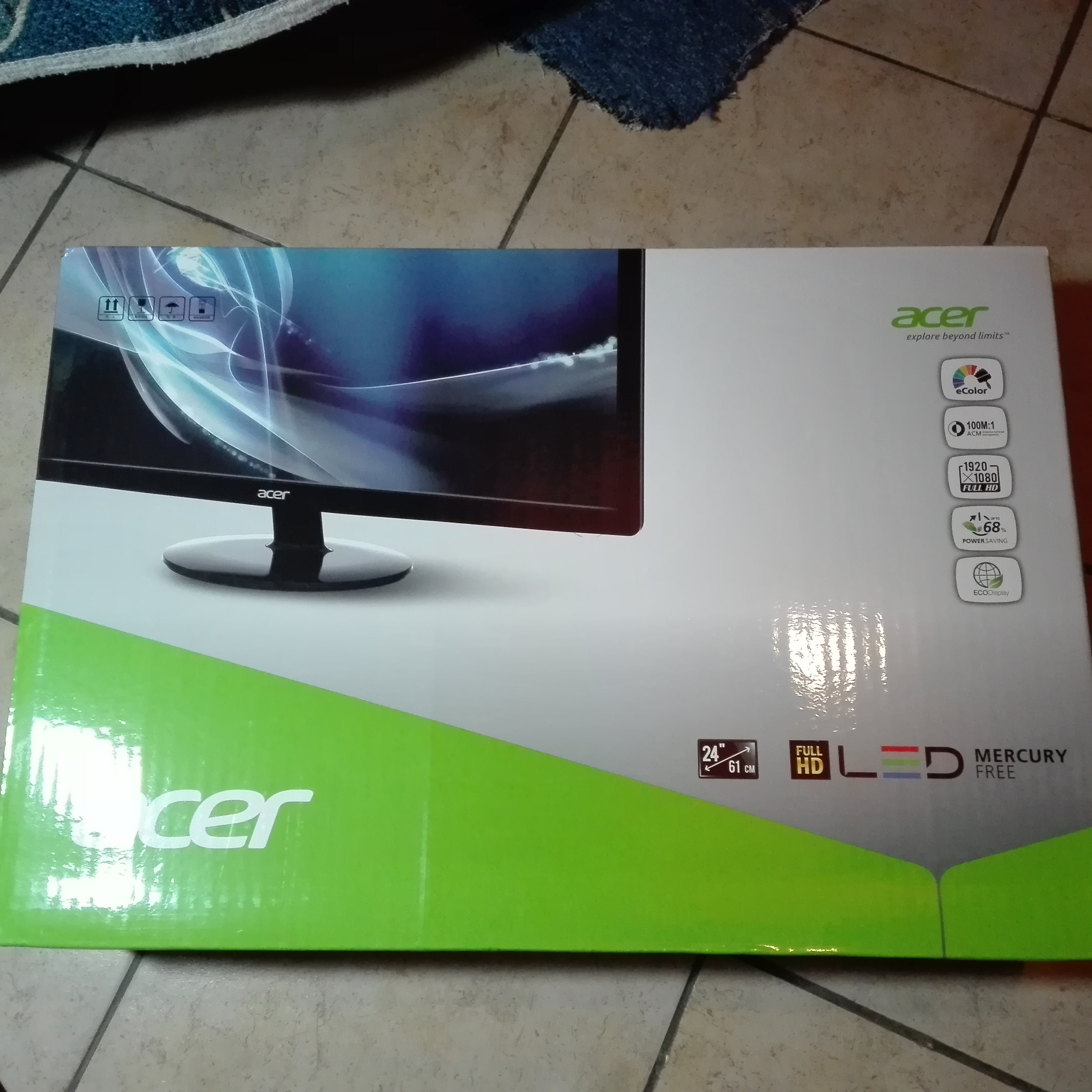 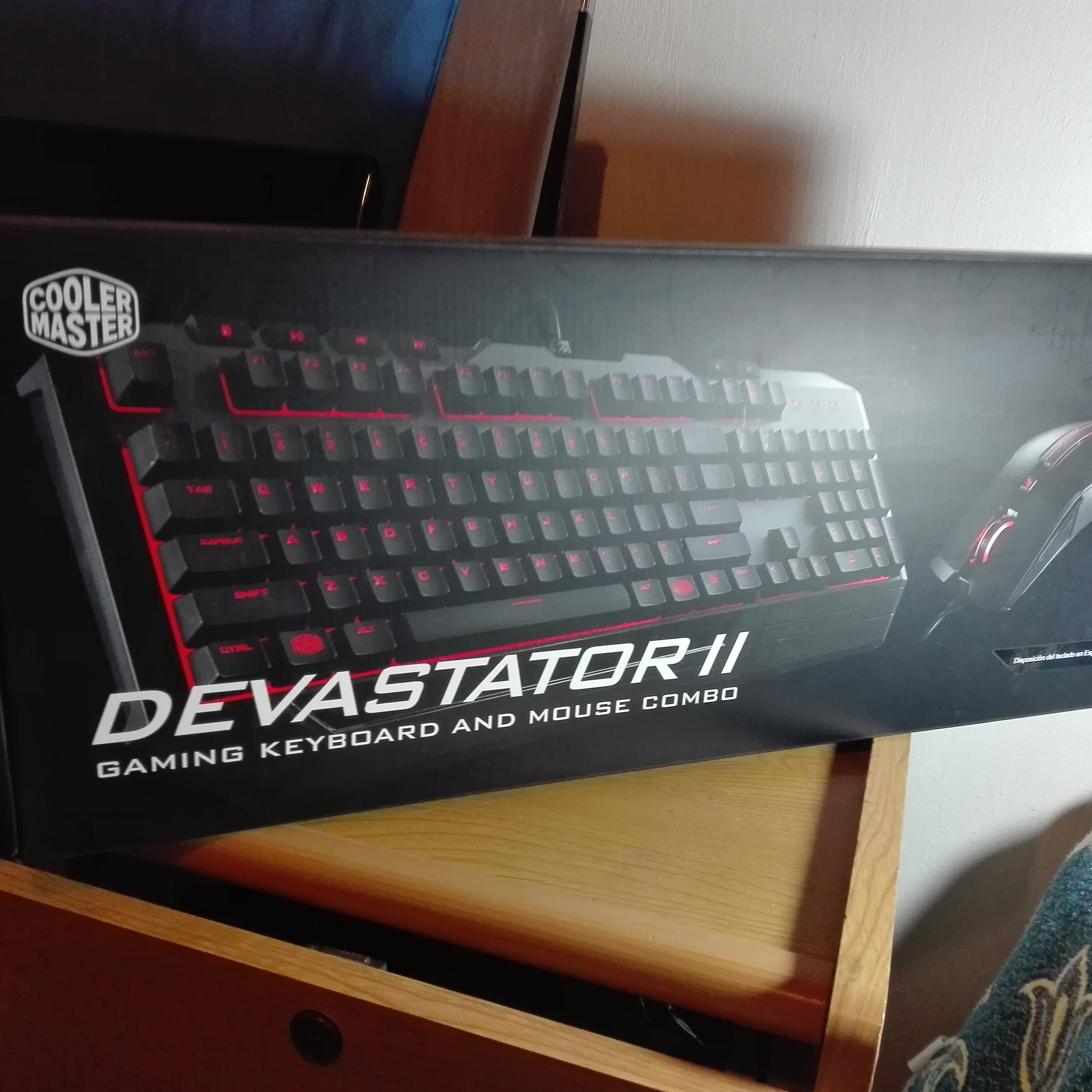 Other: Random No-break UPS
Got it for like 40% off. Good reviews, and although it doesn’t hold charge for that much, it’ll give me time to at least save and close before turning off. 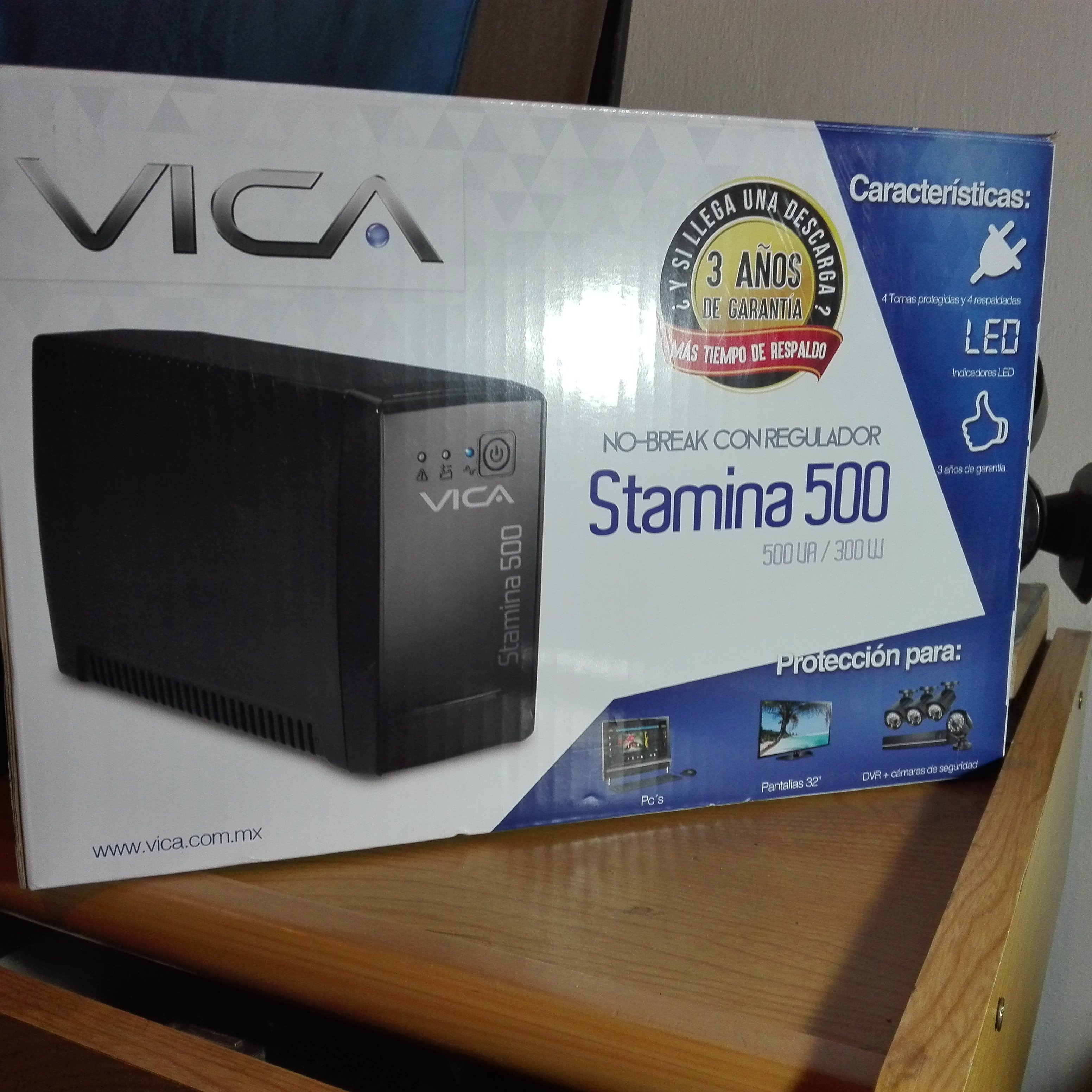 Miscellaneous
Ethernet cable, usb flashdrive and an antistatic wristband (also bought other stuff but it’s not related to gamming) 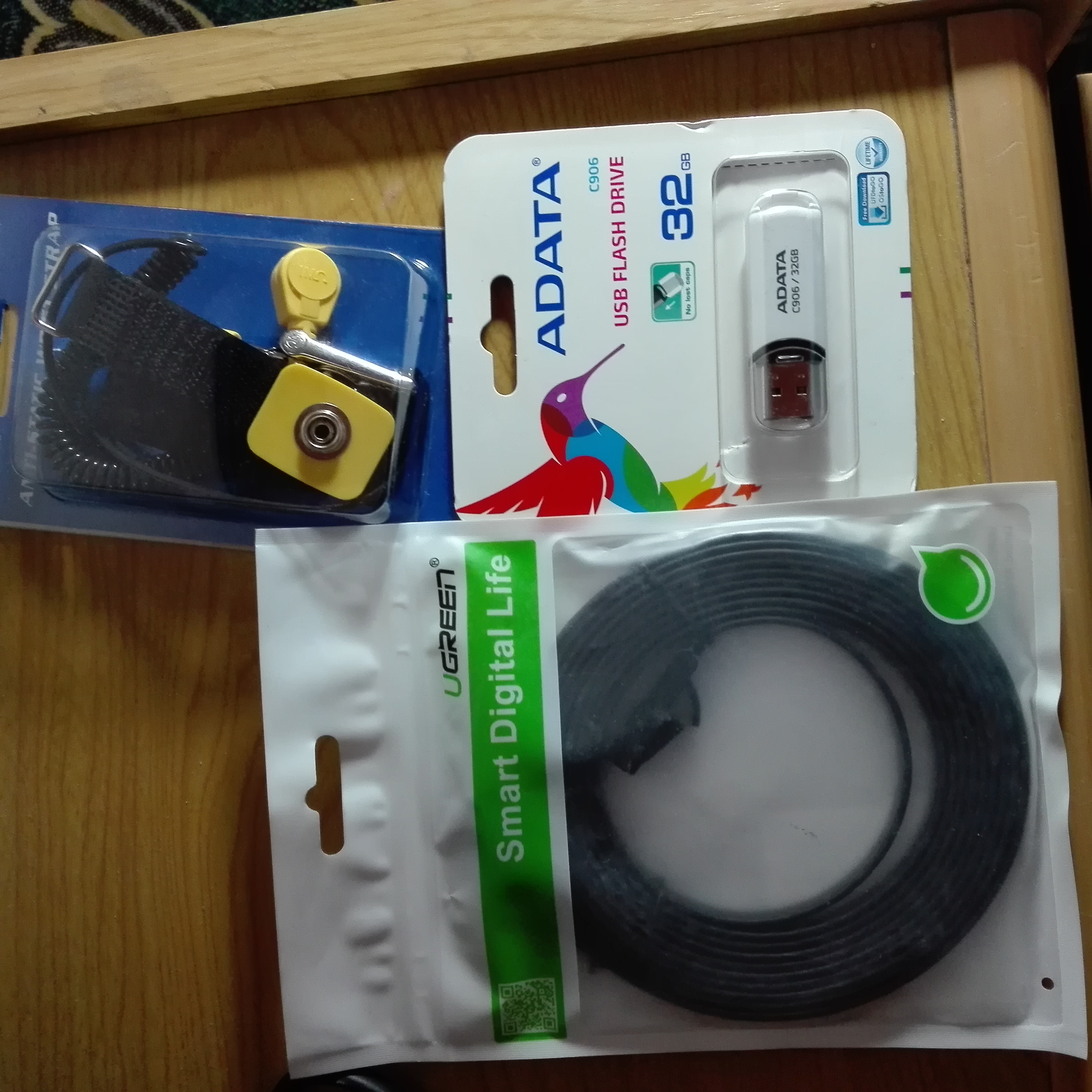 I’m planning to built my new rig this sunday, hope everything goes well, so I can finally play the UE4 version of the game without my laptop catching fire (and decent graphics)

Nice! That’s actually very similar to my build as well. I upgraded to a Ryzen 1500X earlier this year and I just got a RX580 during Black Friday week. Before that I had a shitty 5 year old FX-6100 and GTX650

Allright, so … for those of us who are should use carbon dating to find out when our PC’s were competetive. How much would it cost approximately to build a cool PC like that (Minus the colour coding and leds, and only needing everything inside the case, monitor and keyboard already present). I’ve been thinking about an upgrade for a while now, just dont want the budget to go waaaaay into the “YOU COULD HAVE BUILT YOUR THIRD CAR” territory

Building a PC? These are the parts to get.

@squidhead I’d say 400-500dlls. The thing is prices for GPUs, ddr4 (and SSD if you want one) are on the rise, but once they stabilize you should be able to get something competitive for that budget.
@phale well look at that, that site could have come handy a while ago xD

Well that’s half a drift missile right there, but I will have to cash out for a good rig once the compact is up and running and the fiver gets its block and head mounted together.

That’s the Site I use for Coming up with Build to Suggest to People.
It’s not just for the US But they Have Other Countries, there’s 12 Options For Countries:
Australia
Belgium
Canada
Deutschland (Germany)
España (Spain)
France
India
Italia (Italy)
New Zealand
United Kingdom
United States

Each use the Proper Currency For each Country (Dollars, Pounds, Euro or Rupees)

And about the monitor, how much cost the BenQ GW2470h? I have that monitor (140€ costed me), and very satisfied!

I’d do that but for the 1060, it’s a big improvement for newer games especially to go for the 6gb over the 3gb even if it is a a bit more.

Also personal preference is the AM4 platform and a R5 1600 or R3 1300 because you can upgrade it eventually but the i5 is a solid choice.

That Example Build I came up with was Based on the Recomended Specs on the Steam Page:

Same Example Build as Above, but with AMD instead of Nvidia:
PCPartPicker part list / Price breakdown by merchant

Wow they recommended is really more than recommended, the game ran ok on my A8 but that setup is gonna get you good results in almost any game.

Well my PC can run Automation pretty well on Epic with half the recommended RAM and its antique Athlon II X3, at least until it starts to overheat

And about the monitor, how much cost the BenQ GW2470h? I have that monitor (140€ costed me), and very satisfied!

Oddly enough, I think that was the monitor that I originalluy intended to buy but I didn’t found it in amazon with free shipping or in stock anywere in my city and I ended buying the Acer one. It’s good overall, nice colors, nice pictures, specs are not so great (60hz and 5ms response), I got with free shipping but due to import taxes it ended at around 150 US dlls, which is on the same ballpark as yours.

So I finally put my rig togheter last wednesday, but I didn’t get the chance to try it out until yesterday and today and the systems feels very stable, plus I can finally play everything with maxed out graphics with over 60fps, which feels really really nice.

Regarding the temps I was a little worried about the airflow and the amount of thermal paste I applied to the processor ('cause I screwed up the first time with the pre-applied paste) but everything is working fine, the hottest thing has been the GPU with around 70ish °C which I think is fine.

So, you can expect more automation content from my part

(yes that includes AMWEC, but that’d be a few months in the future still).