@ramthecowy Already donated it. Didn’t have enough time to give a proper memorial service. Best I could do is give a eulogy as it was towed away.

@strop In the 2 years I drove it, I got hit 7 times (and I’ve stopped numerous close calls thanks to the vigilance I acquired from those 7 that did happen). 2 of those were bad enough that it had to be towed away.

@lordvader1 I consider it an upgrade, as it’s more fun to drive, cheaper to run, and easier to park.

Seems pretty damn clean for a '93 for sure.

I know. And aside from the radio, intake, and exhaust, it’s stock. Hard to believe it was only $1200.

It would be too expensive for you to fix? Did the other driver not have insurance, or did you not use your own?

Hit and run. And it was dark out, and they shut off their lights so I couldn’t read their plates.

We in the US missed out on the B series that generation we had the D series, he has a single cam D15 or D16 depending on trim.

Mine’s a USDM EJ1 (EX Coupe). Those never got the B16. Instead, they got the aforementioned SOHC D16Z6 in the model year mine is. But not all hope is lost. It still has VTEC and revs to over 7000 RPM. As for plans to modify it, I only have a few desires (it already had a cold air intake and aftermarket mufflers when I bought it). Mainly, it could use a new head unit and speakers (they work, but they’re all shite). And this one had a spoiler, but it was removed. I’d like to get another (factory) one. Also, some fog lights would be nice.

And in the EK series?

All D series save for the SI, we never got a SiR or type R in the states. We had the B 16 in the del Sol as well Be the Acura Integras which also got the B 17 and B18.

Bit of an update. I ended up selling the Civic. The shift linkage (or clutch cabe, I forget which) had failed, and in spite of that, a passerby (who was coincidentally a Honda enthusiast) offered me $1500 for it. I would’ve fixed it if that hadn’t happened. In the meantime, I bought a 2001 Mercury Sable (basically a 2nd Taurus). But this one has the Duratec, so it’s quicker than my wagon. 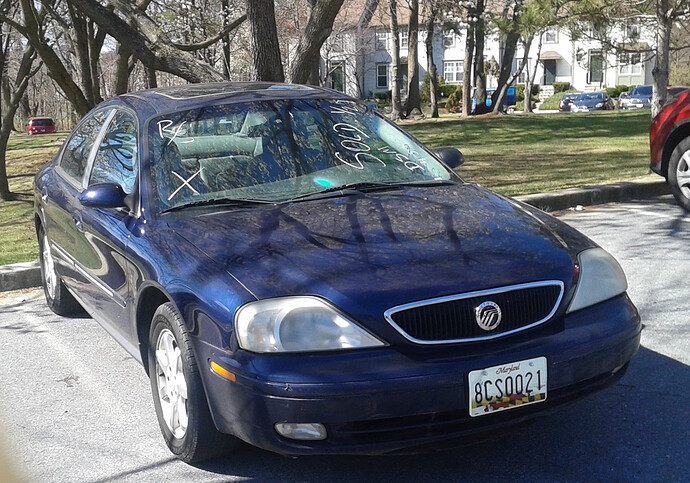 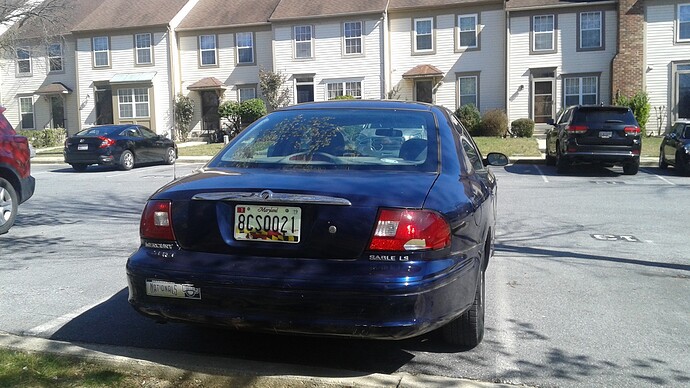 Mercury Sable:
This thing is better than I expected. Everything (but the power mirrors) works, and I must say, Mr. Regular was right about the Duratec 3.0. It’s a fantastic engine, and despite only making about 205 horsepower in this iteration (it did16 years and 240,000 miles ago…), it’s quite fast. Almost too much so for me and my lead right foot to stay out of trouble. It’s gonna take a bit to get used to, having been largely driving the Tortoise with its (formerly) 145 horsepower. Speaking of…

Ford Taurus:
It’s been a reliable backup/hauler. It sounds as if the power steering pump is dying, but so long as it’s still usable, I don’t care enough to fix it. Other than that, it’s running strong. The Vulcan may not be as quick as its younger sibling, but it gets the job done.

Another Update.
The Taurus got knocked into a curb by a moron in an Escalade. The impact messed up the transmission, so I decided to get rid of it. I was going to sell it for scrap, but one of the guys looking to buy it offered to trade me for another car:
A 2003 Honda Civic EX sedan 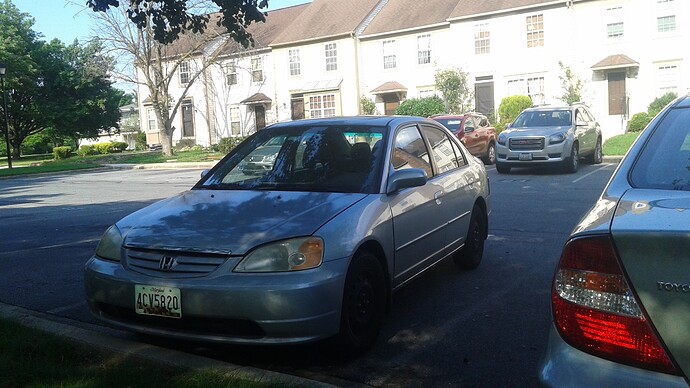 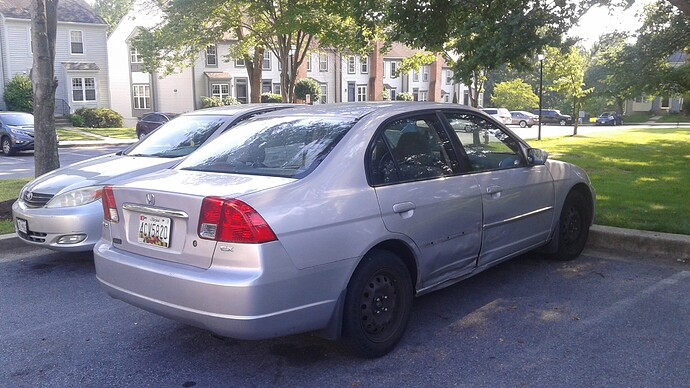 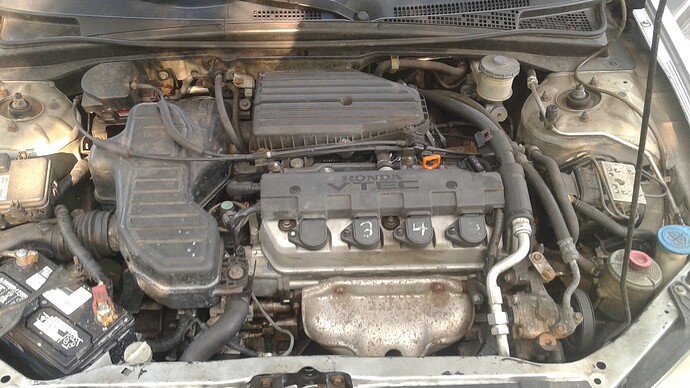 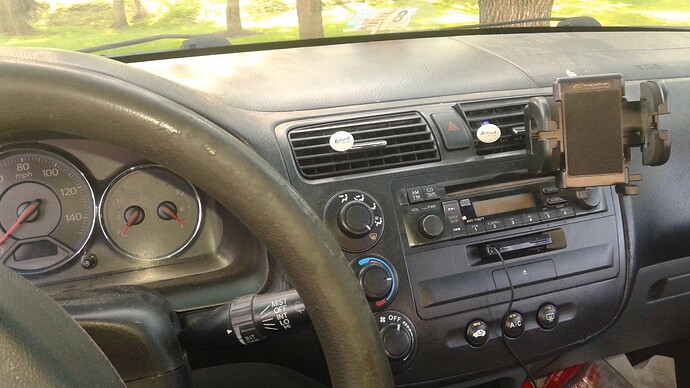 Hasn’t been all good, as much like the Galant, this car was hit within a week of me starting to drive it. 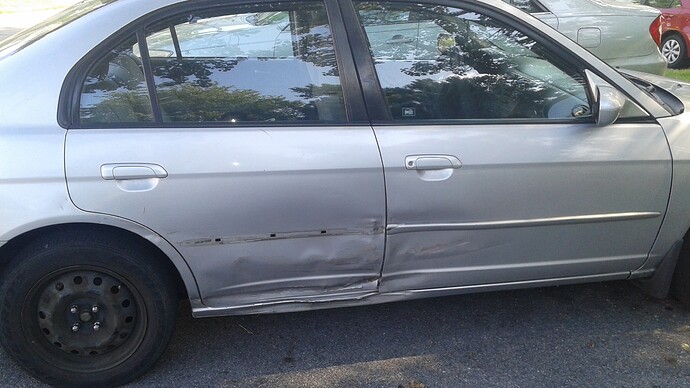 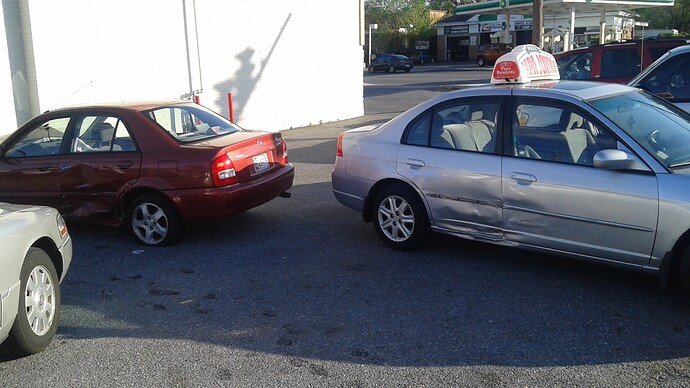 Edit: I also traded in the Sable for my other car, which I’ll get around to posting eventually…

I don’t think I’ve ever seen someone with worse luck when it comes to cars, seriously.

It’s serving me well so far. The only question is how long until I get hit again.

Specifically, if Fernando Alonso, in a McLaren, was flanked off the grid by Pastor Maldonado and Lance Stroll

No but seriously, it’s like all the drivers in your town were featured on a Russian dash cam or some shit.

East coast drivers are regarded as the worst the USA. And the average DC driver is no exception.

I can completely agree 100%

I am way overdue in this.

The new car I mentioned. I mentioned it and showed some pictures on the discord, but not on here until a few hours ago.
So without further ado…my 2009 Mazdaspeed 3 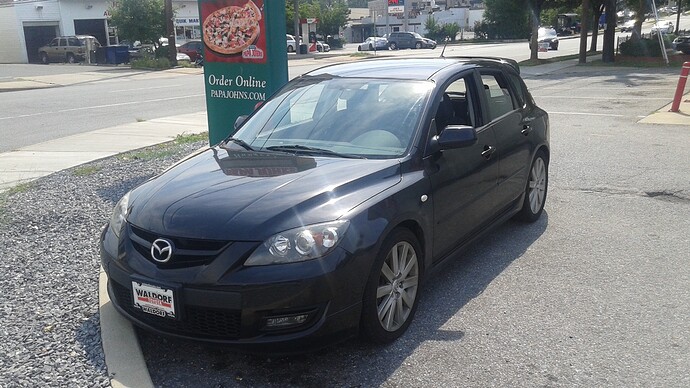 This is certainly an interesting car for me. It’s the fastest car I’ve owned, the most expensive, and the newest. All by a rather sizeable margin (most people don’t get why I still have the Civic at all anymore now that I have this).

And speaking of the Civic, I haven’t driven it more than 10 feet in about 2 weeks. There was an electrical short which fried the PCM. I was coming home from work when it suddenly entered limp mode. And I know it wasn’t a mechanical or anti-theft issue. Lucky for me, I was able to salvage one off a craigslist car. So I should have it running in no more than 1 more week.