My 2nd car (my first being a Chevy Silverado). I bought it in November 2014 for $2500 after selling the Silverado. I use it as a daily driver and a reliable POS. Since I bought it, it’s been in 2 accidents.
Accident 1: The week after I bought it (it was the day Pokemon Omega Ruby/Alpha Sapphire came out). I was driving down the highway, running some errands. I was changing lanes, when some lady in a Dodge Nitro tried to cut me off, and ended up T-boning me.
Accident 2: About 3 weeks after the last one. The car was parked, when something with a trailer hitch backed into my rear bumper (i wasn’t in the car this time).
Other than that, this thing’s been extremely reliable. Beyond general maintenance, the only thing I’ve replaced was the radiator. I drive this thing every day, and use it for work (I’m a delivery driver at the moment). And I have autocrossed it about 2-3 times. I’d do it more, but college doesn’t leave me with much free time.
I really like this car. It’s much sportier than your average midsize sedan, and it feels way faster than it is. My only complaint is that the V6 is automatic only. Although, I could always swap in the 6 speed out of a 3000GT… 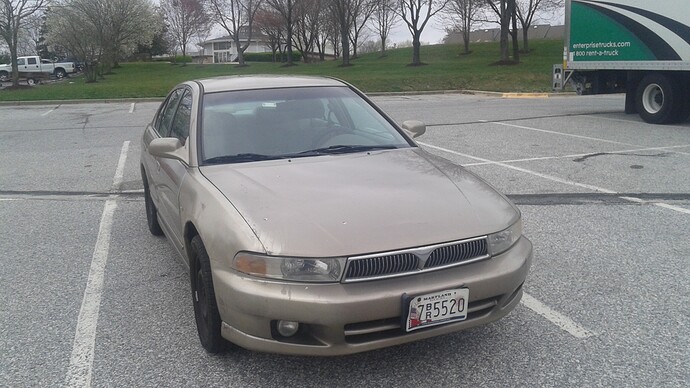 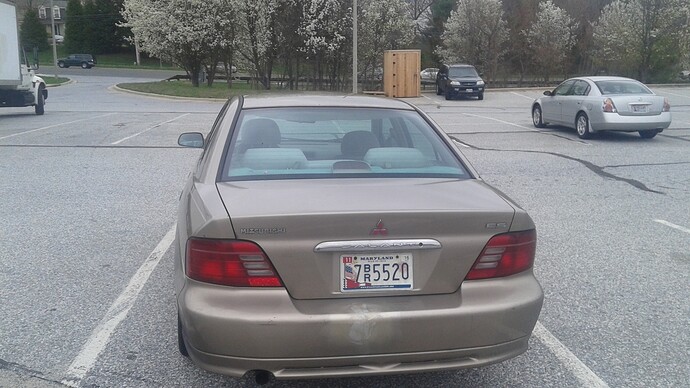 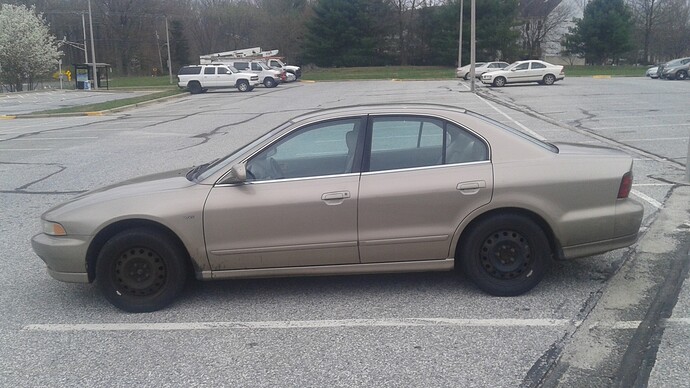 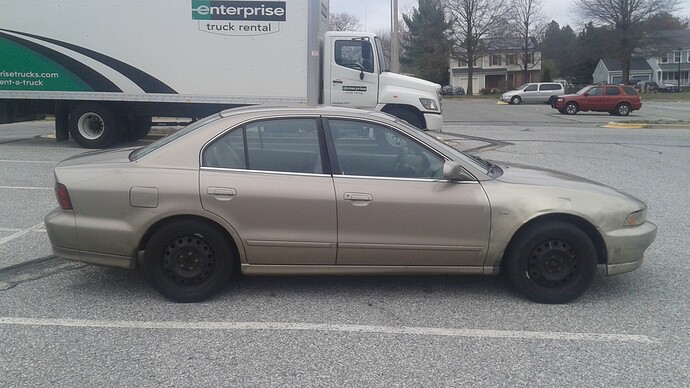 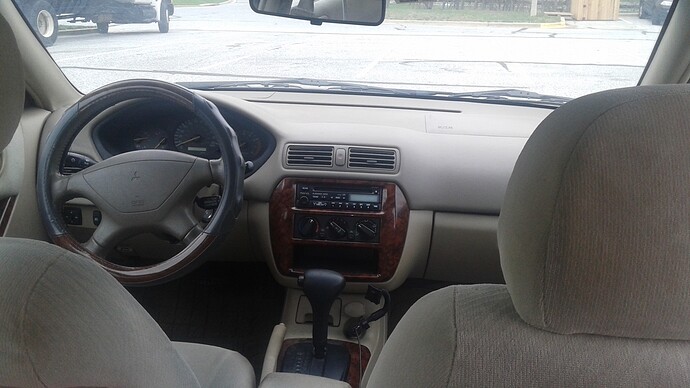 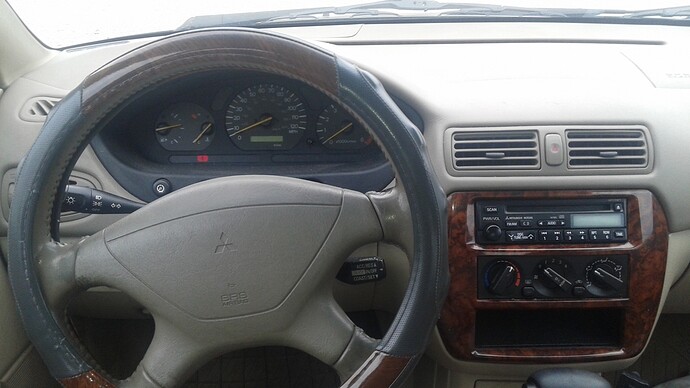 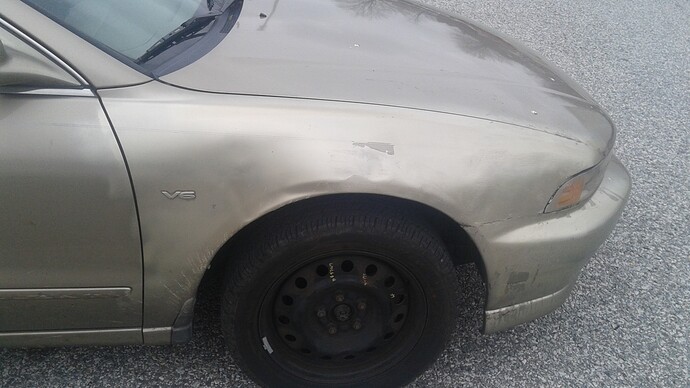 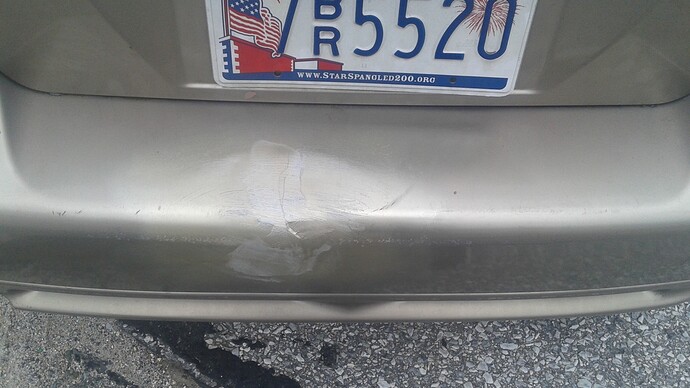 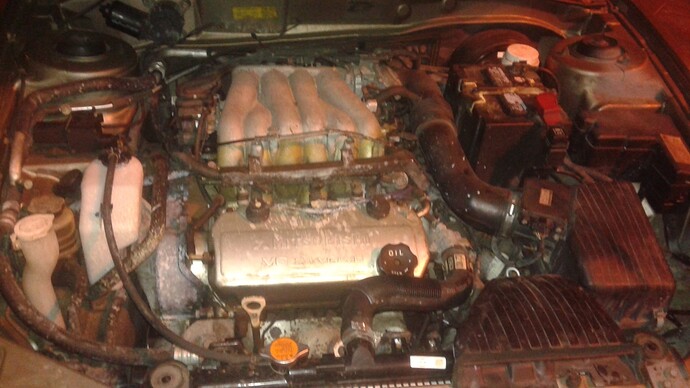 That interior actually looks pretty nice… Do you plan on modifying the car at all or is it just gonna be for transport?

I might get another car in the near future, so probably not. I like having a reliable daily that costs nearly nothing to run, and can be fixed with duct tape and swear words, but I want something sportier, too (one with a manual transmission) that I can track more easily. Besides, my mom’s car died, and she uses this thing just as much as me now.

Edit: even with the Voyager engine, I’ve gotten it from 0-60 in under 8 seconds. The only modification made was weight reduction.

Are you saving up for a GTR now?

I wish I could afford an R32. Maybe when I graduate university, or if I win the lottery… My proposed budget for purchase price is around $4000, and I’m trying not to go above 2k if possible. From my almost religious craigslist browsing, I was thinking along the lines of a project sports car (my standards for comfort and interior quality are both really low, and I can live without an a/c. I was actually going to delete it on the Galant, but my mom talked me out of it at the last minute). I can do most any work myself, and I have no issue with scavenging junkyard parts (how do you think I maintain the Galant so cheap?)

Haven’t mentioned this car in a while (not that it’s particularly interesting), but it’s more or less been relegated to beater status. Although I’m still saving for a project, this car will continue to be my daily until it dies. I’ve made a few minor modifications since then, but nothing major.
-installed a strut bar
-attached a lip spoiler
-wiring in auxiliary lights (still working on it)
-putting in a new head unit and rear apeakers (once again, i have the parts, I just need a bit of time to do the wiring)
I also recorded a much better exhaust video in case any of you actually care about what a 17 year old Mitsubishi (that’s not an Evo) sounds like.

Shame you folks don’t (as far as I know) get the Turbo AWD Galant that seems to be everywhere in NZ - http://www.trademe.co.nz/motors/used-cars/mitsubishi/auction-1214931575.htm

A friend of ours used to race/autocross one, unfortunately it’s huge turning circle was a bit of a liability

We did. For 2 years in the 90s, and never again. I have seen one before, but never up close. It seemed odd, especially since it had the same powertrain as the 3000GT VR-4, which we did get for most of its production run.

Here in the states we got the vr4 up to 1992 when they switched body styles, by then the eclipse/laser/talon coupe from the dodge Mitsubishi partnership of diamond star motors replaced it with the same power train and less weight. But even then the turbo awd only lasted till 1998.

Ahh, that is interesting. I never knew it went to the US.

They’re all over the place here, and worth very little money because of how many expensive things go wrong with them

Base model Galants like yours are everywhere too, and seem to live forever .

Mine has been pretty reliable. Although it chose to have the oil and brake pads go bad at the same time. I changed the oil 2 days ago, and will do the brake pads tomorrow.

Yeah, the normal ones seem fine. The ones that are constantly in wrecking yards here are the VR4s, and the weird mid 90s Direct Injection ones.

I read about those, but we never got them in the US. Is it a similar deal with those early robotic manuals too?

Bought a second car for work and whatnot. 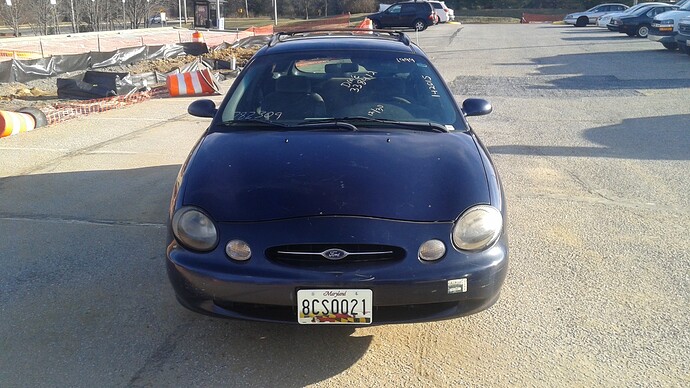 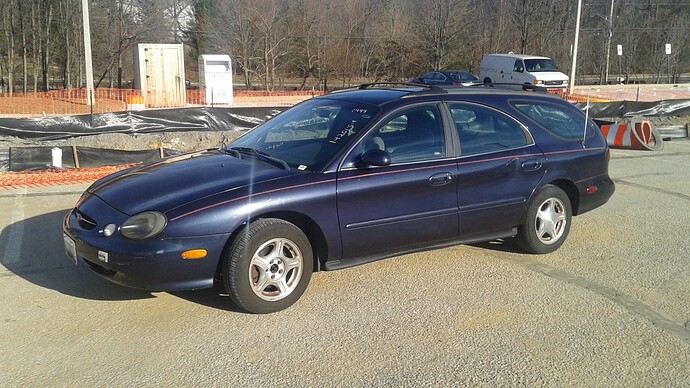 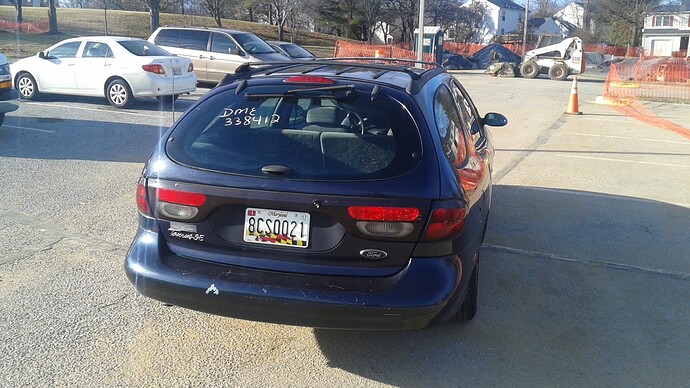 Got a new head unit for the Galant. The stock one was going crazy for about a year until it became unresponsive a month or so ago. 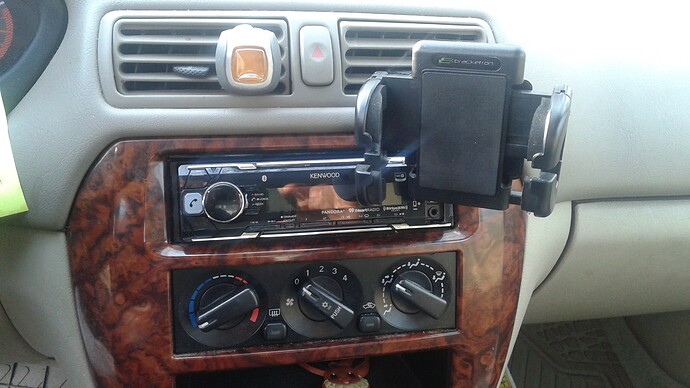 I said I would do this ages ago, but I finally removed (most of) the A/C system. Gutted the lines and condenser (I had the refrigerant emptied out properly, nothing was simply vented to atmosphere). Also, does anyone know if there’s a serpentine belt for an SOHC 24V Mitsubishi 6G72 without A/C?

Good news and bad news.
Bad news: The Galant was hit (again) and it would be too expensive for me to fix it this time.

Good news: I have a (not so) new car to replace it (I’ll get better pictures later). 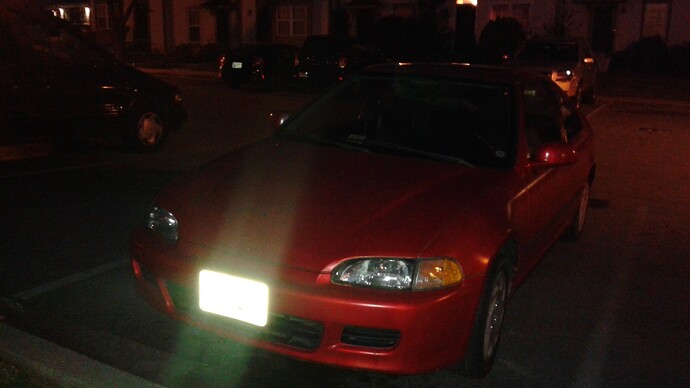 Bad news: The Galant was hit (again) and it would be too expensive for me to fix it this time.

Pictures? How badly was she hurt?

you weren’t kidding when you said having a battered car meant less to worry about in traffic!

could this be considered an upgrade or downgrade