ok everyone, an update just dropped that changes a lot in the game. Everyone will need to resubmit and I need a day or two to check if the rules are still valid. I had some reports that the engine costs increased with this update.

ok guys, here’s a rule change in response to the latest update:

Fuel requirements changed:
you are now to use Ultimate Unleaded fuel 100RON
and octane margin must stay at 0 .

this should compensate the loss of power due to the new engine design of the game. It is also logical to use better fuels for racing. 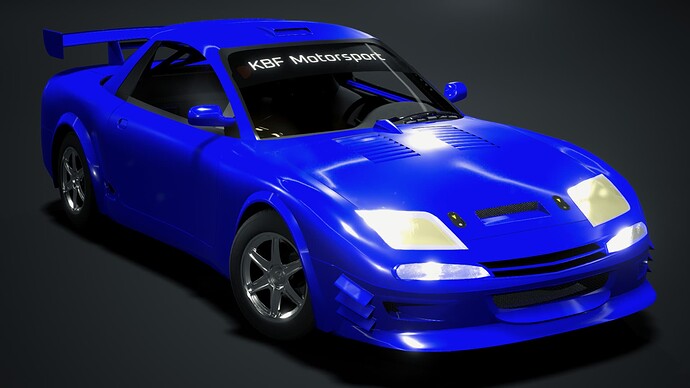 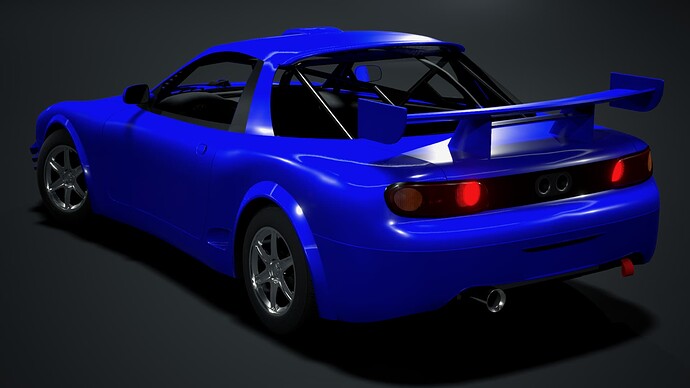 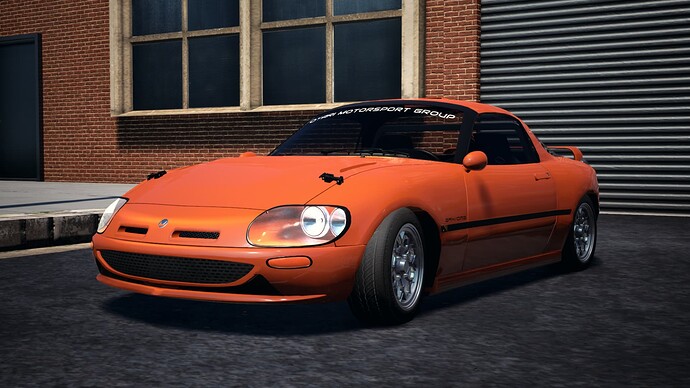 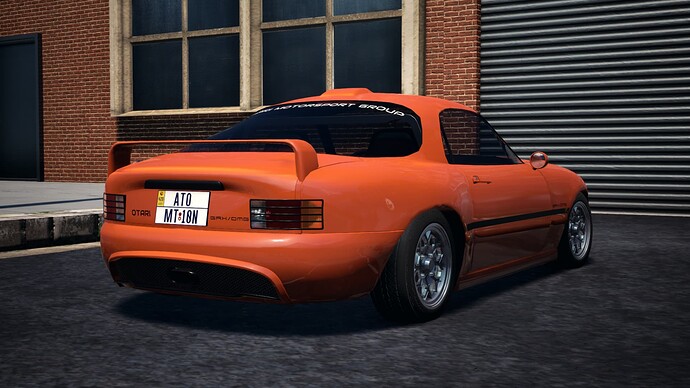 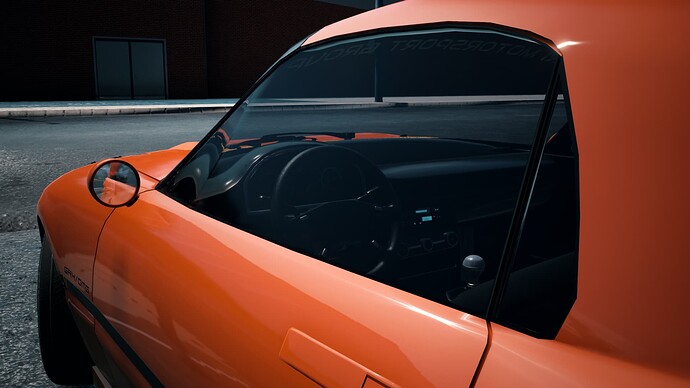 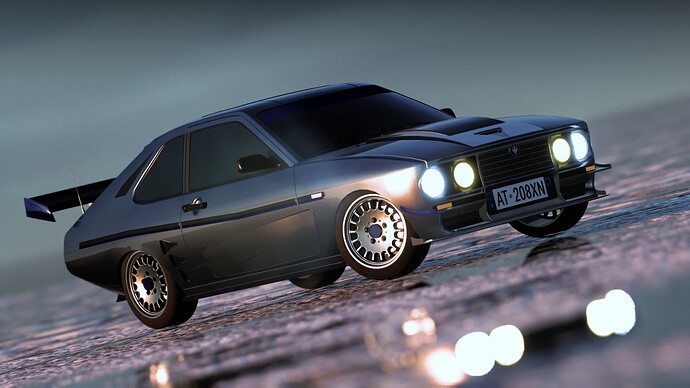 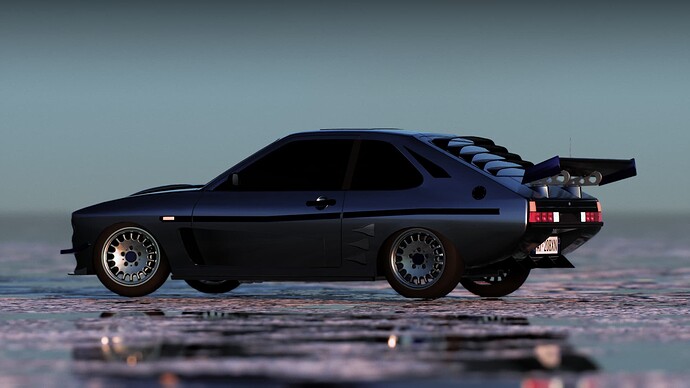 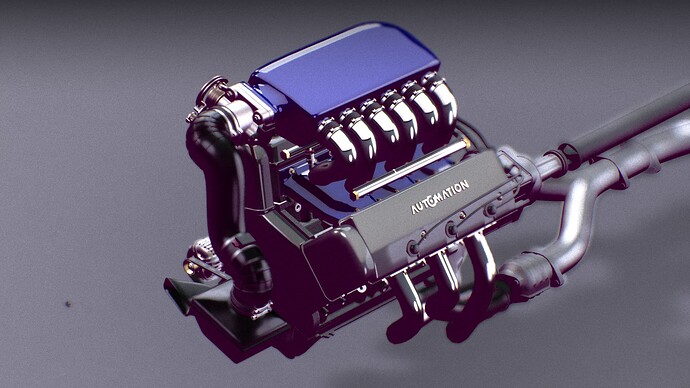 For the 1989 model year, the Cordelia Works racing division made a special edition VTP6 to comemmorate six time touring car champion Miguel Remaro (even though he never drove a VTP).
It features a brand new 4 valve version of their SOHC 2.6l V6 engine, making just north of 200hp before redlining at 8000rpm. Does it guzzle fuel? Yes, and it sounds glorious doing it.
When it comes to the interior, Cordelia Works spared no expense: It has seats.
The resulting dry weight of 820kg is thankfully being held down by a set of semi slicks and some aggressive aero. Otherwise it might fly away. Actually, it might fly away regardless. Good luck!

Given the recent changes within the industry & the slight rule changes to the championship guidelines, Valentine Motors went back to the drawing board when it came to the powerplant of its Volstar-R cup car. Valentine tasked their Bastion Racing Division to re-work the factory engine for this car, a 2L SOHC inline 4. The resulting engine is a 16V turbo variant putting out over 250 horse power with the aid of completely forged internals, a far more advanced fueling system, & a fully tubular exhaust system - other chassis changes were made to support the new powerplant including vented rotors, a different suspension tune, additional chassis venting to support the large water to air intercooler & remote oil cooler, along with a handful of other small changes. this has led the company to re-brand this limited addition car as the Volstar-FR 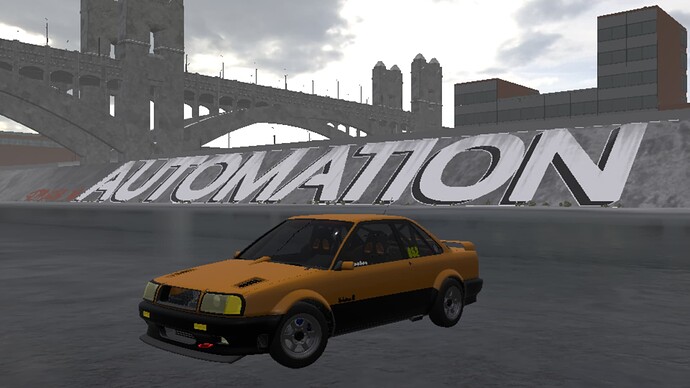 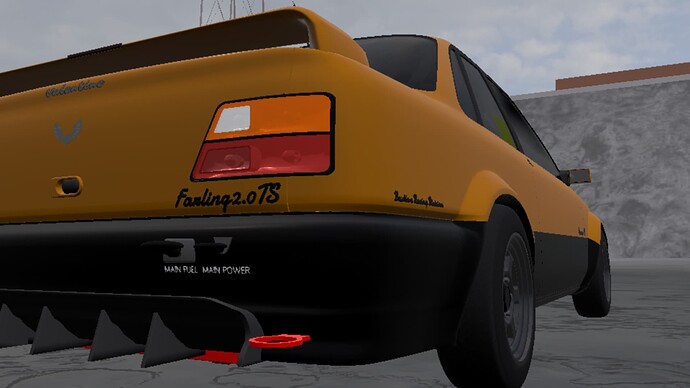 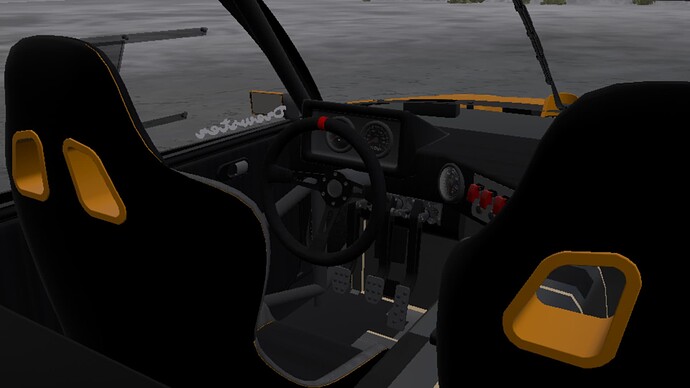 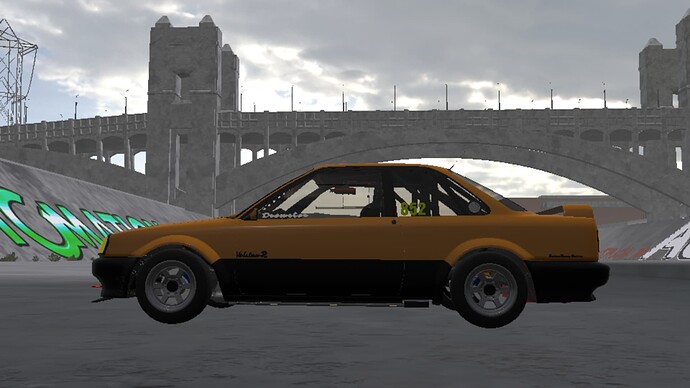 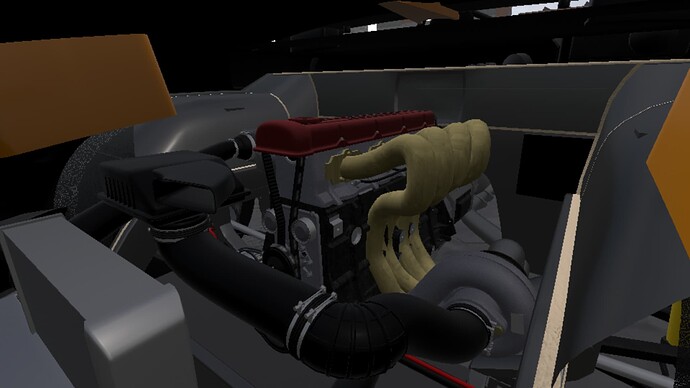 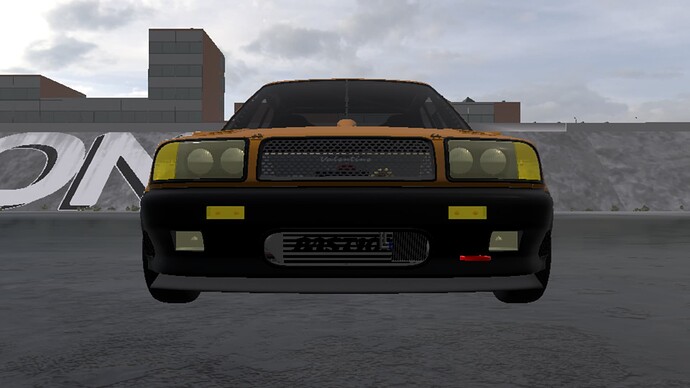 That is a beautiful car, simple and elegant.

Still 10 days to the submission deadline but already 6 cars are in.

Here are some stats because why not:

The average power of this lot is 222 hp
average drivability is 37.1
average reliability is 57.4
There are three Inline 4, one Inline 5, one V6 and one V8
and from these, two are turbos

EDIT: So I figured out why. I am not in openbeta, and don’t intend to be, so I shall just watch.

The automation fuel consumption stat will not be the only indicator for “real fuel consumption” as I will also actually take all the cars to beam for the given track and check there how they guzzle through their fuel. 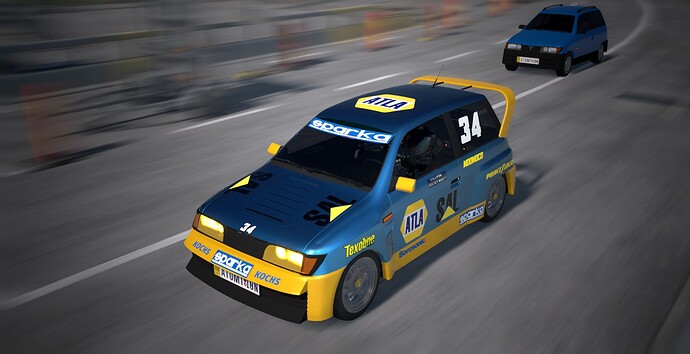 As a reminder to everyone who submitted early. You can resubmit at any time due to all the updates that have been happening so far

introducing for the 1989 6k championship the Batwing by ZED. the agile new concept is a ground up rework based on unrlieable data, provided by those of questionable knowledge. The Batwing will certanly turn heads with its questionable styling. The Batwing is powered by a choked out, emissions stangled 183ci flat6, coughing out a mere 201hp. 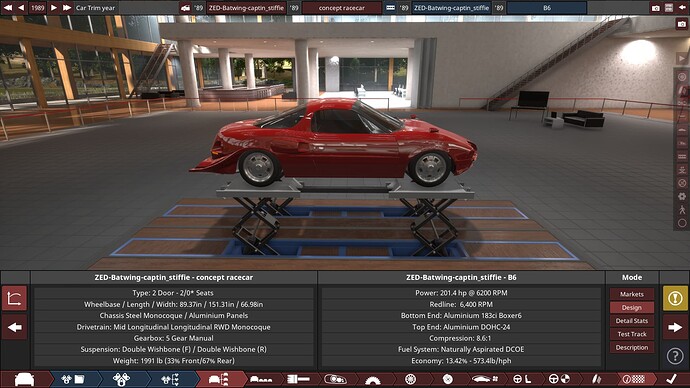 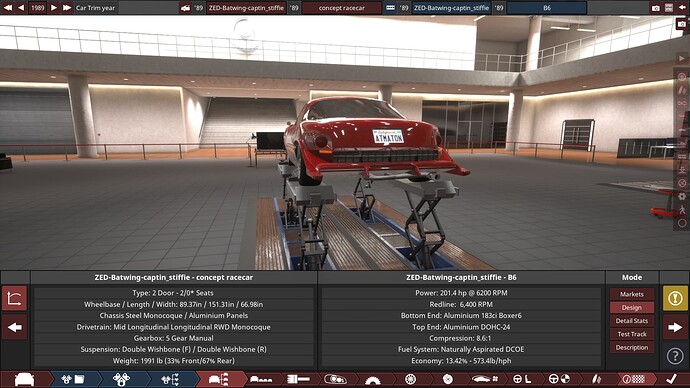 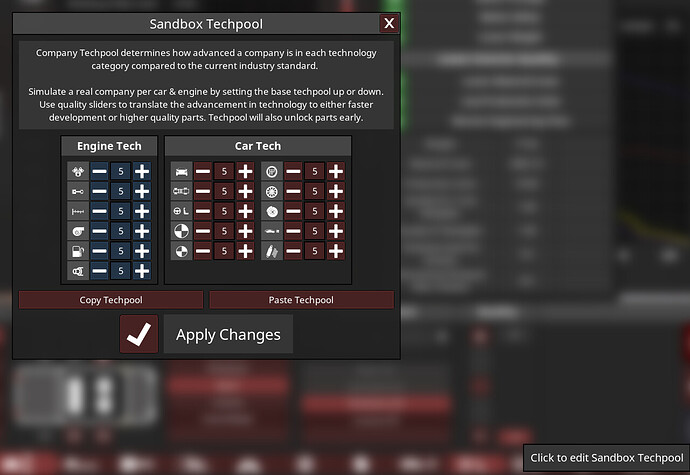 Which is accessible on every page by clicking the +5 button just under the quality slider. 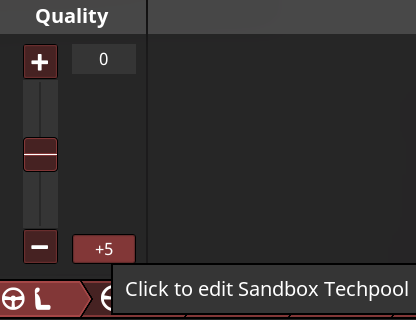 This should be set at the 0 for everything

PS: if you were already working on the car, it should already be at 0 but if you start a new one, it defaults to +5 it seems

and more updates to the game, woohoo… 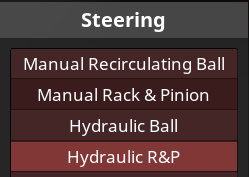 There are more steering options now.

As stated in the rules, there must be some sort of power steering, so you can now also choose for the Hydraulic Ball. Per default, the old plain Hydraulic that you had selected before the update is the Hydraulic R&P.

Also, new differential systems are available now and the stats have been adjusted for the previous ones 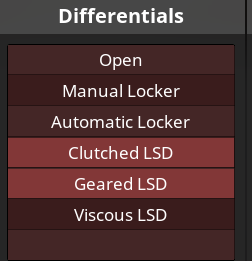 They’re all legal for this challenge

If we have already submitted cars for this challenge do we need to re-submit using the new diffs & steering options? or are our previous submissions still valid