Awesome! My first victory for a forums challenge haha. Thanks a lot

To be honest, the car that won really looks great.

I wanna join next round. Also congrats, Aruna!

The year is 2020, Halfway Games after being defunct for over 9-10 years have recently had their rights bought out by a young, dashing AI programmer, Myra Grey. The fast-paced action packed racing game Yokohama Rush 2047 was an unheard of classic, but to Myra, it was one of the best racing titles ever. Now, with her outstanding fruitful start-up company to back her, she planned on reviving the niche racing title for the next generation of PCs & games consoles. 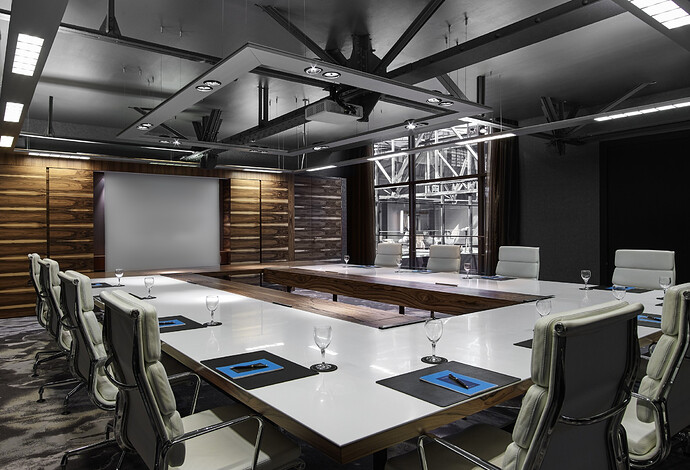 Early one morning in the executive board room there was a rather monumental glitch…:

Myra: …So you’re telling me, we have all of the content… But no vehicles to even play the game with?!

The VIPs and developers looked around amongst one another, before a smart suited fellow spoke: Frank Valentine.

Frank: Well, that seems to be the issue. Apparently no-one was allocated to work on vehicle design at all. Must have been a communication error somewhere online.

Myra: Sigh. You have got to be kidding me. We have about a week until launch day and no cars to drive around in our racing game…

The room stood silent, Frank swilled his coffee around with a silver spoon, before…:

Frank: I know this sounds really unlike us, but what if we were to outsource the car design to the fans and other subsidiary companies of ours?

Board members began to chat among themselves, and eventually it seemed they all came to agreement that this is the only way they’ll release the project on time. After the meeting was over, Frank and Myra were the only two left in the room discussing the send-off for potential clients

Myra: You sure this’ll work? I’m having my doubts.

Frank: Of course, who wouldn’t want their own vision embraced into our pièce de résistance…

The invites were sent out… Now it was up to you to create your idea for the game, as you had received an email from Halfway Games requesting your aid in the development of their latest title.

What game is like: The game is set in a futuristic portrayal of the city of Yokohama, Japan. The environment is heavily Sci-Fi styled, with monstrous privileged skyscraper districts, extreme speed metropolitan highways, and miasma-ridden substantial industrial zones.

The soundtrack has a massive range full of DnB, Hardcore, Heavy metal, Trance, Techno, and Electronica.

Your task: To design and develop a car intended for the racing game.

Class: There is three different classes within the game; Normal, Advanced and Extreme.

Normal: This is the entry level beginner class you get at the first half of the game. Aimed for more low to mid-end sports cars or performance vehicles. This low class also caters to heavyweights more specifically trucks and muscle cars which are tougher and better in deathmatch modes. (Recommended power range: 200-450hp)

Advanced: This class is unlocked in the mid-half of the game. Expect an increase in performance all around balanced with speed and more difficult handling. Aimed for high-end sports cars or supercars. (Recommended power range: 450+ to 700hp)

Extreme: The ultimate tier classification. Only the most insane cars are allowed in this class. It is unlocked at the later half of the game. Ultimate concept cars and “special” prototype machines are in this class. (Special for example would be alike to the extra unlockable cars in Ridge Racer: Monsterous, Crinale, Angelus, Pronzione, Bass Cruiser, 490B, G00, and Terrajin.) ((Recommended power range: 700hp+))

Here’s a few examples of what the development team is looking for:

I am using open beta, so please state which version you are using on your entry submission. Open Beta is preferred.

Have fun and I wish you success!

Important: This OP is a work in progress right now any input would be great as this is my first time hosting a competition here. Things might change before the opening time.

No mechanical or statistical requirements? This must therefore be a purely design-led competition then. And I like the fact that you chose an arcade racing theme for this round, except a much more futuristic one than which I used in the first round - games like these are few and far between in this day and age.

I will likely get around to adding some sort of rules and classification this morning, I spend most of yesterday night motivated to storming out the idea haha!

LITTTTTTTTTTTTT LETS GO
Time to be the most creative i’ve ever been. I already have ideas but im questioning if i can pull it off.

Also, are mods allowed? I would assume so but i could be wrong

Yeah, I should have noted that haha. Mods are all allowed. I have about 190 mods myself, but some I might not have.

Clearly not as i have around 220 aha, Cool i better get started then also adverts are going to be awesome

If you unsubscribe from incompatible mods excluding those odd mod tool builder and tutorials which shouldn’t be mods, there should be about 260.

Ok ok I’ll see if I can put something together but given I have to run Automation at 800x600 at single digit framerate, the result may be a little messy

Edit: which tracks do you plan to test this car on? My choice of body will change depending because if it’s track only I will choose something with extreme low ground clearance, whereas if we’re going to have to mount kerbs and bumps…

Most likely the city-based ones considering the setting of the game, I’ll use the Endless highway for speed testing. VR City and West Coast are for city based, I’ll use the gridman, port and industrial for deathmatch and stunt type.

The car of the future, even within a videogame, must have at least Standard 10s as minimum safety.

Standard 10s 0 tech? Or any tech so long as it hits a minimum rating?