Okay, since i have had enough.
From now on, anything performance related does not matter in the challenge.
I also removed the restricitons.

Since it is now a design only challenge, feel free to send…whatever you feel like sending.

I thought I was only coming back to the forums for one purpose. Now I have discovered in fact, I have two. The second one is this:

this will be very fun, and very challenge in design

This would be a fantastic challenge, but 3D fixtures aren’t quite here, and neither are the correct bodies. Oh well, I gave it a shot anyway. AD soon. 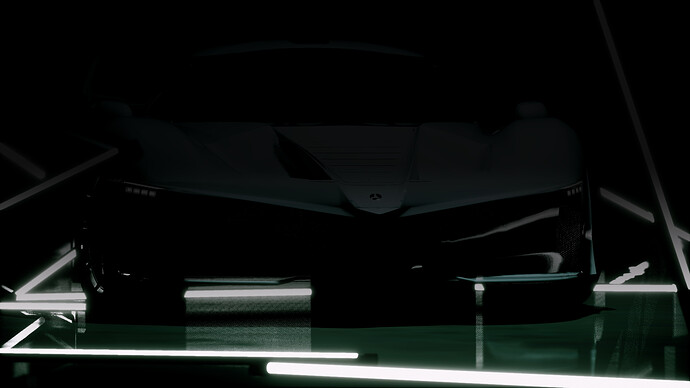 Letho has decided to quit hosting this challenge, I will now be hosting solo.

Here’s a screenshot from my discord server for proof.

Giving it a shot as well, already posted some sneak peaks in the Discord server for those who caught it. Hopefully can finish before the deadline. 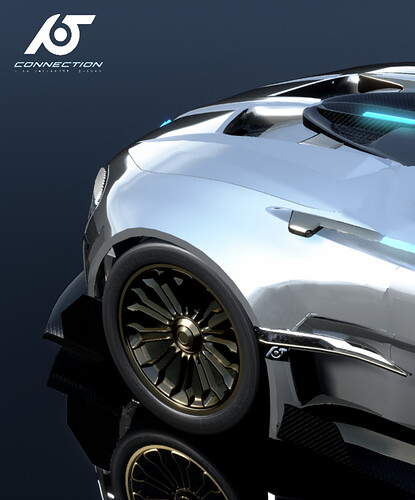 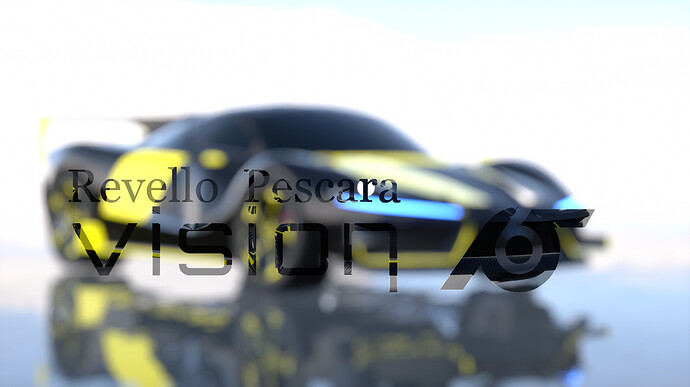 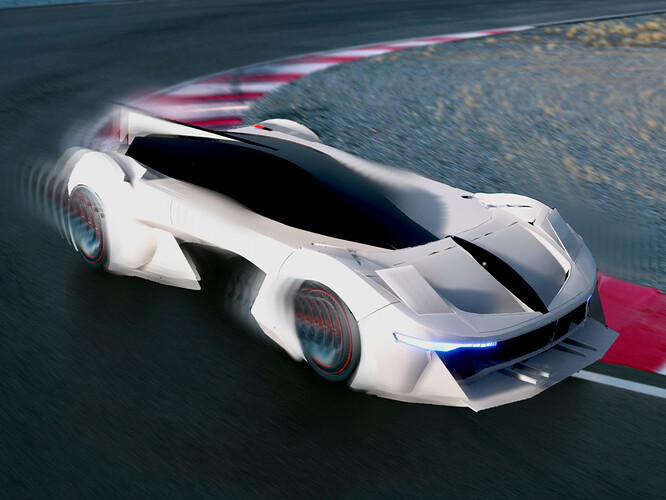 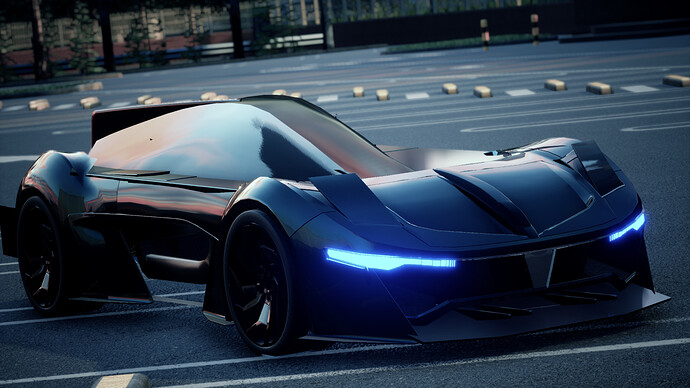 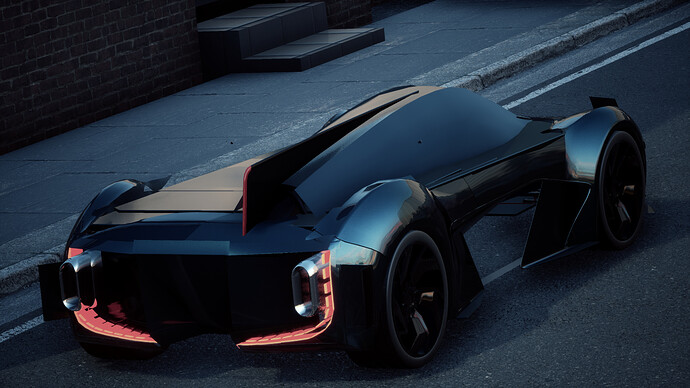 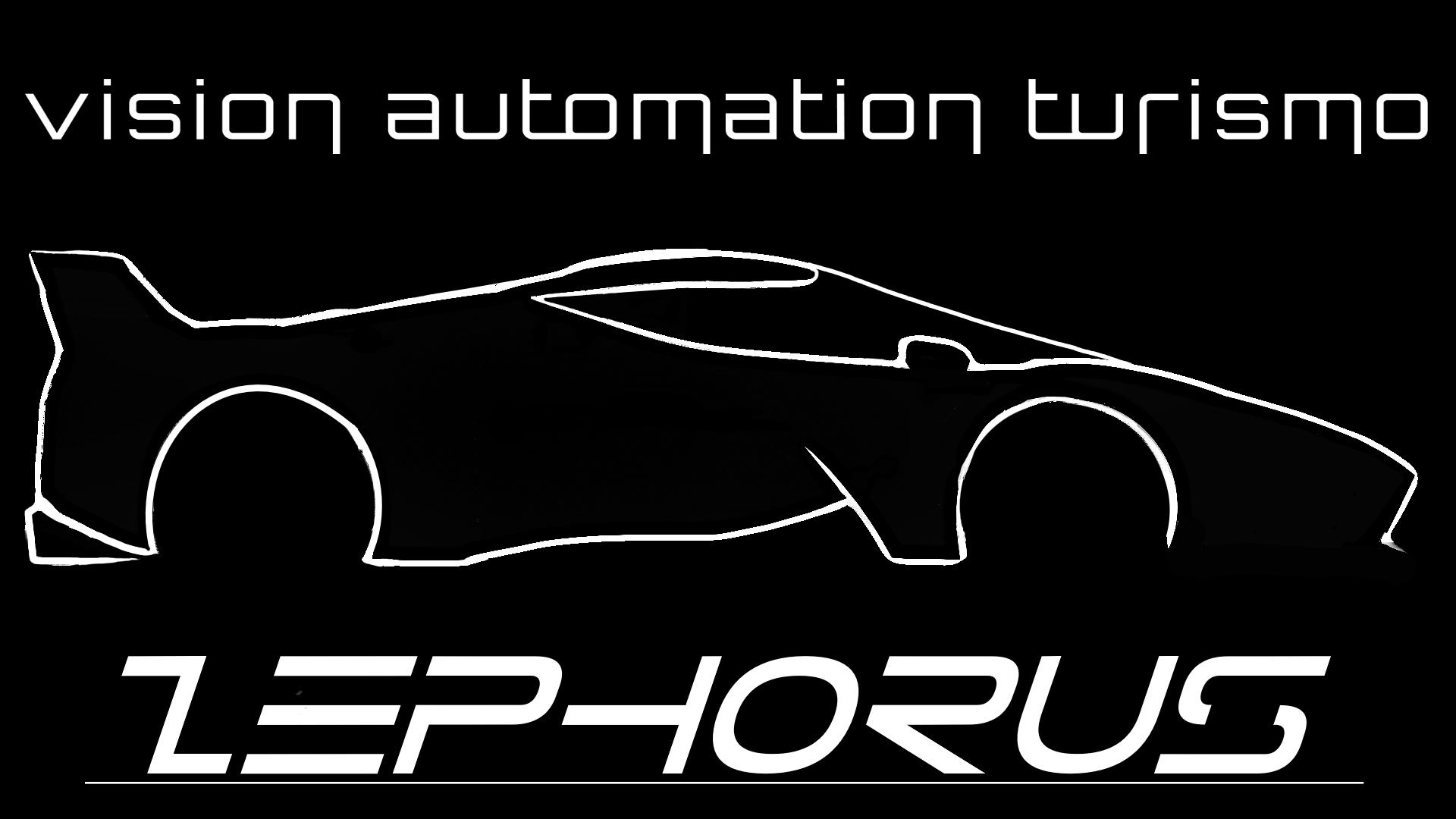 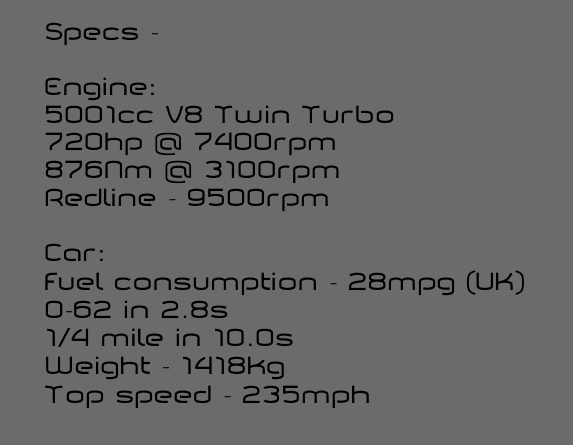 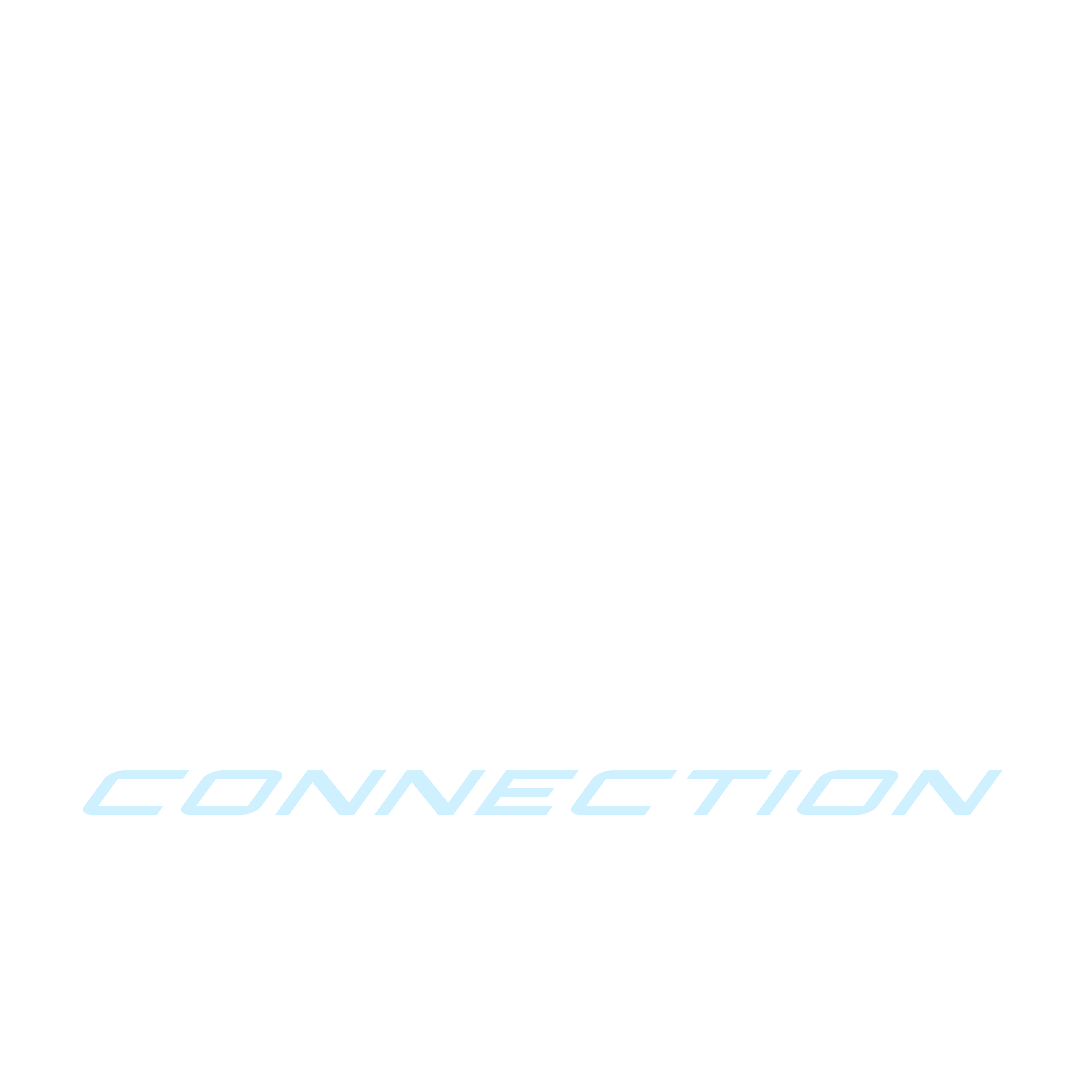 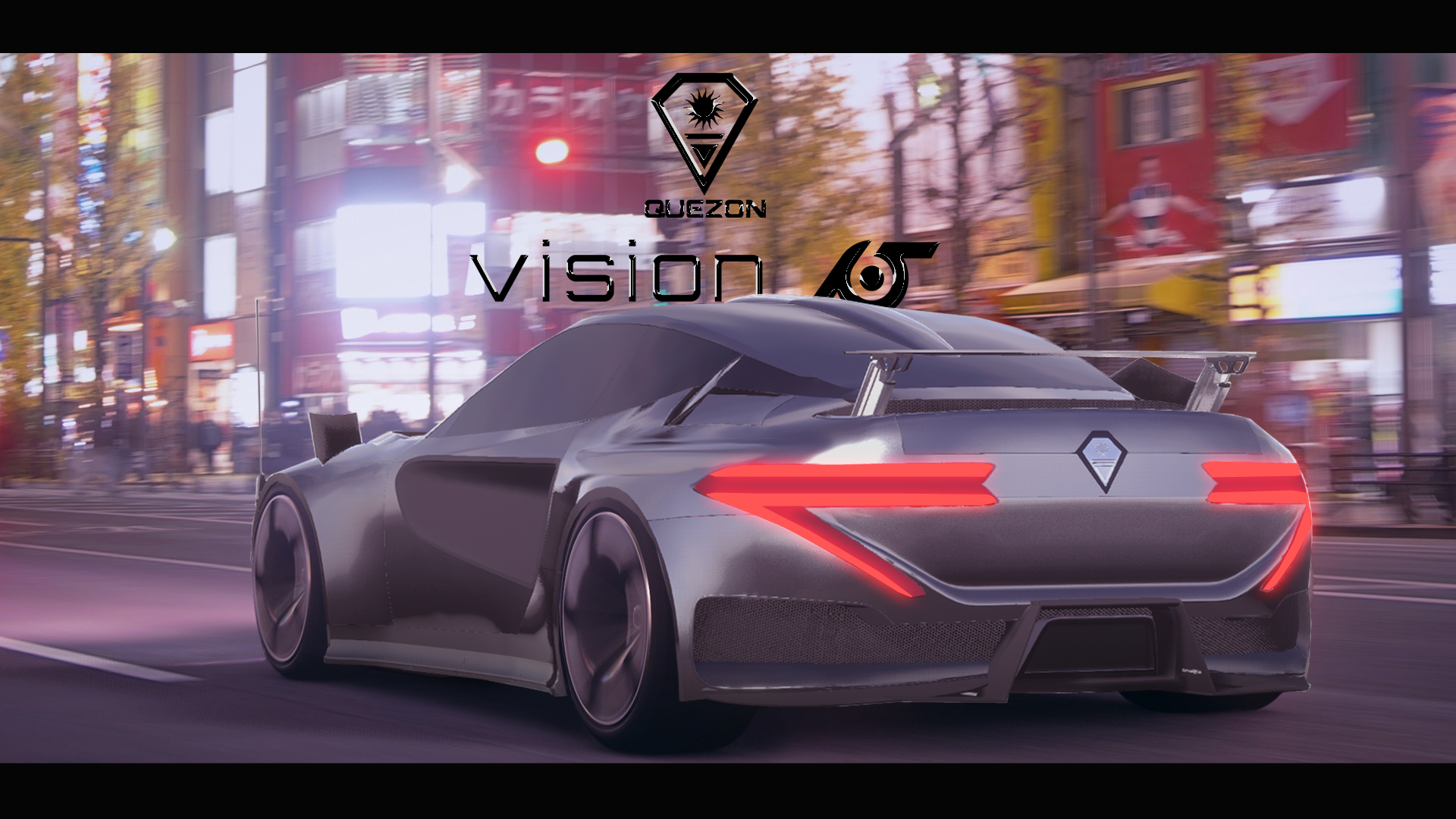 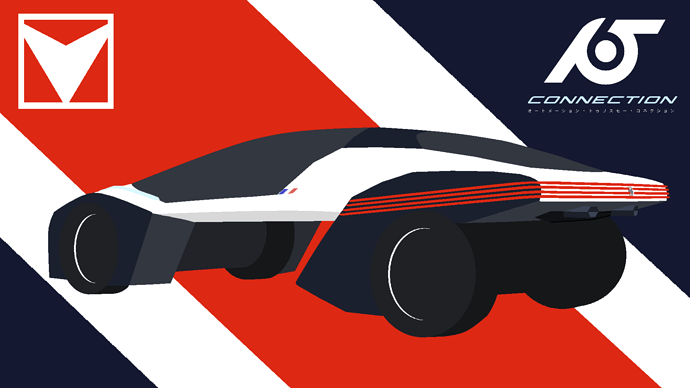 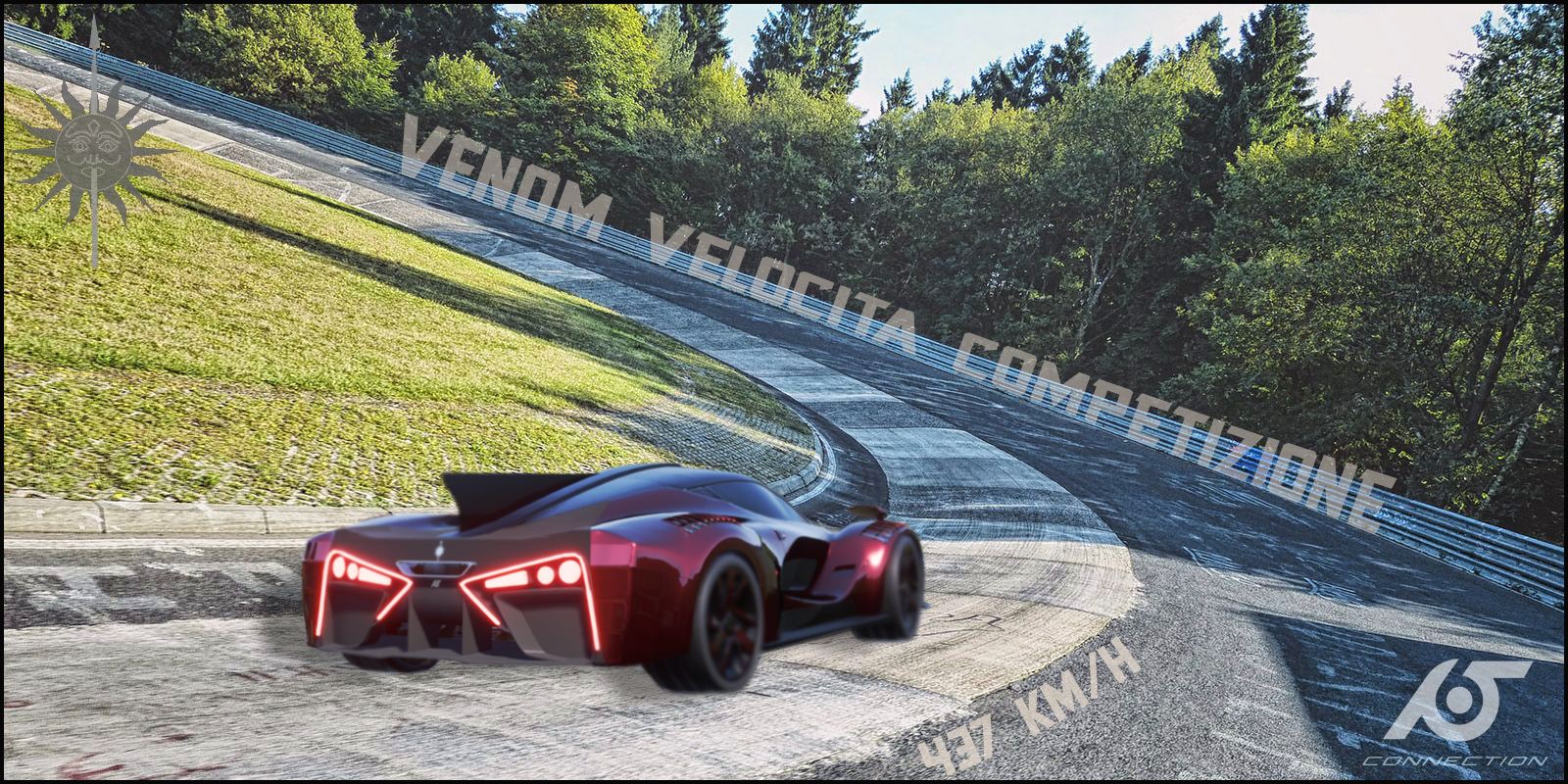 (This image looked better in my head) 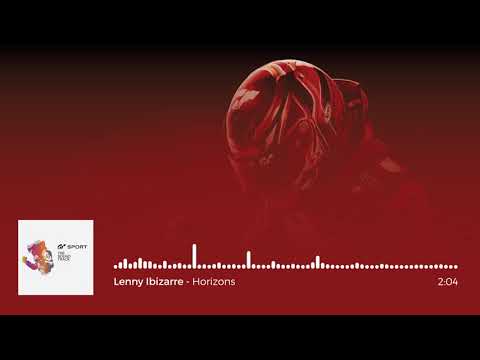 
Ever since its inception as the Rinkai Motor Company over four decades ago, Mizuiro has always been about the thrill of the drive, and this philosophy has persisted through its motorsports activities and handling-focussed lineup. Celebrating 20 years of Mizuiro, the KOURYUU Vision Automation Turismo is an evolution of the company's passion for performance that's meant to be enjoyed.

Contained within a form that effortlessly slices through the air, a mid-mounted high-revving 3.7L V10 engine sends 419 kW (563 hp) to all four wheels through a 7-speed dual-clutch transmission, while double-wishbone pushrod suspension helps the wheels stay connected to the road. At higher speeds, an aerodynamic underbody provides downforce and allows the car to stay planted at speeds of over 300 kph (186 mph). The majority of the KOURYUU VAT’s chassis, body, and interior are made of advanced carbon fibre, while the engine block and heads are respectively cast from magnesium and aluminium alloys. As such, the car only weighs 926 kg (2041 lb) and has a power-to-weight ratio of 0.405 kW/kg (0.246 hp/lb). Weight reduction has been made easier with the omission of forced induction and systems like active suspension and aerodynamics, resulting in a wide power band, increased longevity, and a back-to-basics approach towards handling.

Accessed via butterfly doors, the three-seat interior with its central driver seating position is evocative of a car poised to deliver the ultimate driving experience. The conventional instrument cluster has been replaced with a wide, thin OLED screen that displays data, such as a centrally positioned linear tachometer that doubles as a shift indicator. Padded bucket seats provide each occupant with optimal support without sacrificing comfort.

With its understated yet dynamic styling that incorporates both curves and angles, the Mizuiro KOURYUU Vision Automation Turismo serves as both an homage to the legacy of Rinkai and as a vision for the future of Mizuiro.

Mizuiro Motor Company Established in early 2000, the Mizuiro Motor Company (水色自動車株式会社 Mizuiro Jidōsha Kabushikigaisha) is the result of a merger between two Japanese automakers. [image] Rinkai Motor Company Kouei Ishii (磯井興栄) was born on March 13, 1953 in Tsu, Mie Prefecture, Japan, and became enamoured with cars at a young age. However, it was only when his father, a mechanic, took him for a ride along the nearby winding highways that Ishii developed a fascination with speed and moto… 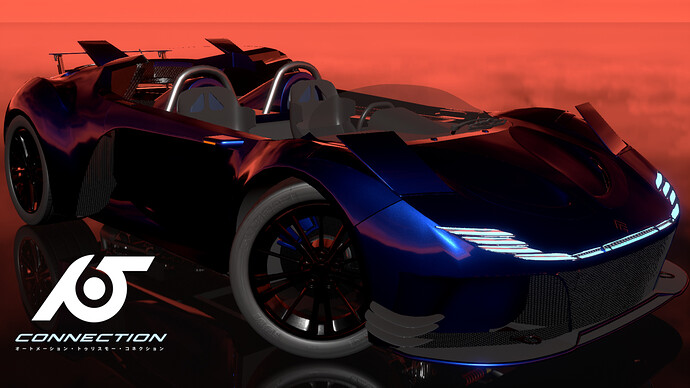 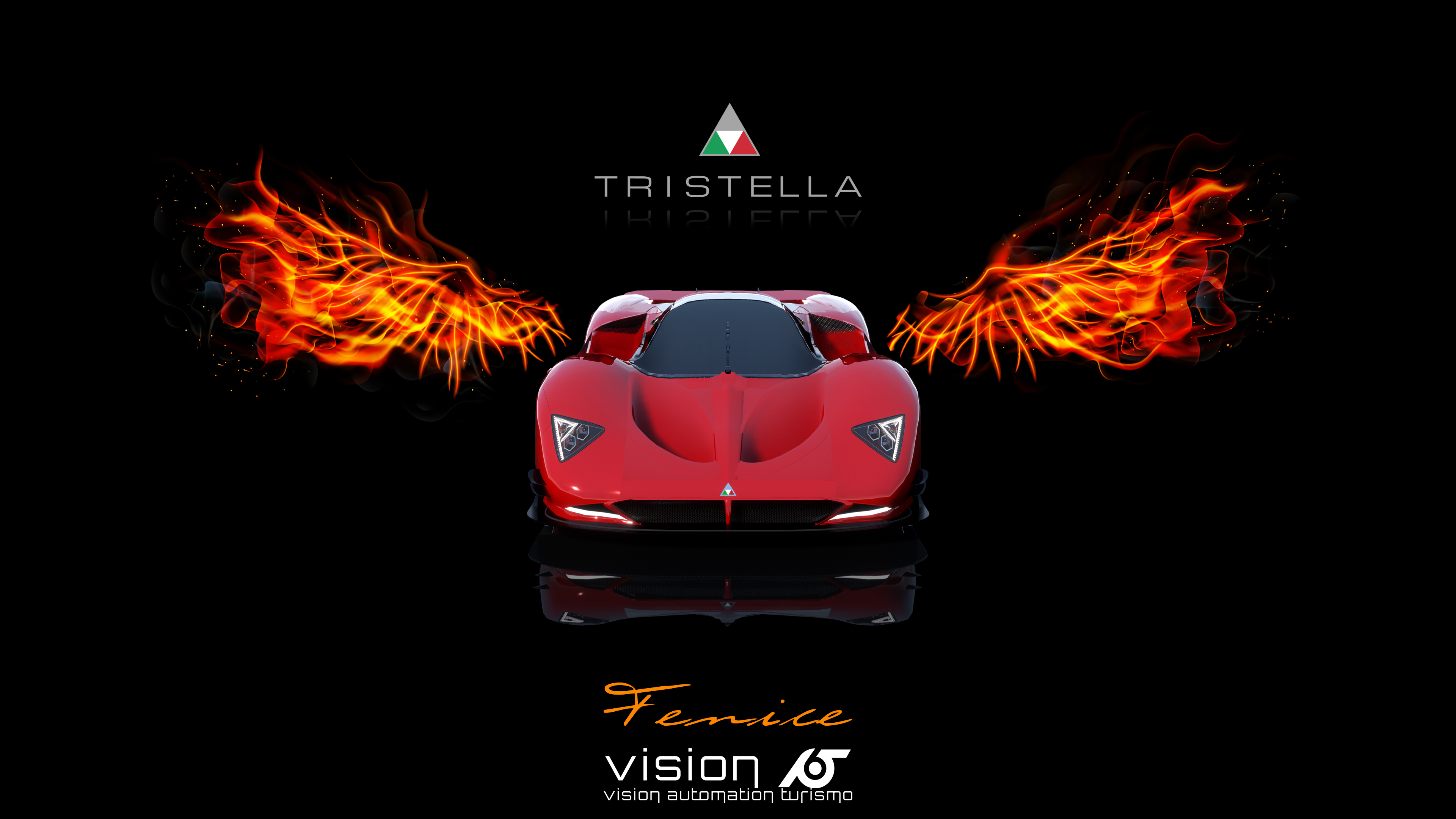 Paying homage to the sport prototypes of 50 years ago, the Fenice, as the namesake implies, is a 70s endurance racer reborn into the modern age with all of Tristella’s current technologies as a single seat track car.

After some consideration, I have decided to extend the deadline.

Reasoning behind the deadline extension: I am not available Monday due to school and I do know from my DIscord server that some people have not finished their entries as it is a pretty complicated design challenge. 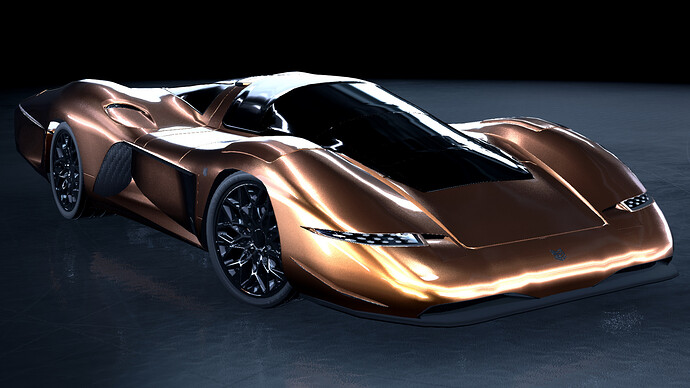 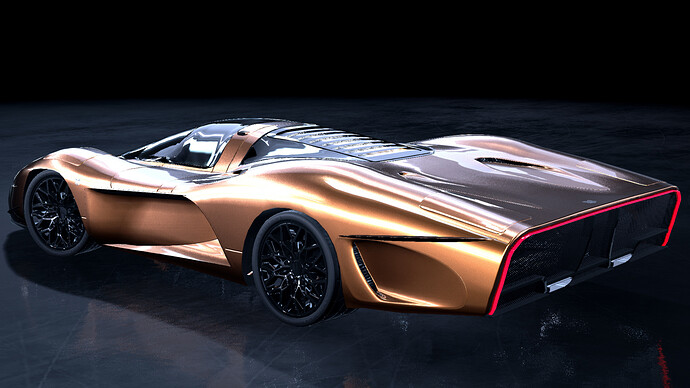 Utilising Kyung-Yeong’s industrial knowledge with minimalist design makes for a 7 Litre V16 providing 1567hp to the rear wheels and revving to 11,000rpm paired on a lightweight partial carbon-fibre and steel frame with painted carbon-fibre body panels as well as wheels.

Overall weight is 1333kg making for a 0.825 Power to Weight ratio. The Sirius proves it’s self with 0-62 in 1.7s and a maximum speed of 307mph. With minimalist design, comes highly advanced underbody and active aero panels to provide downforce when needed whilst maintaining beauty without compromise. 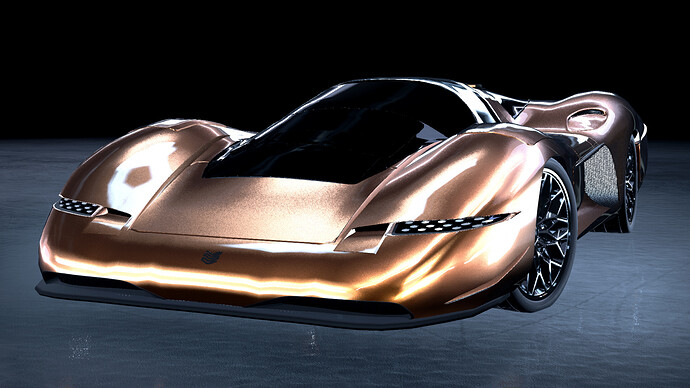 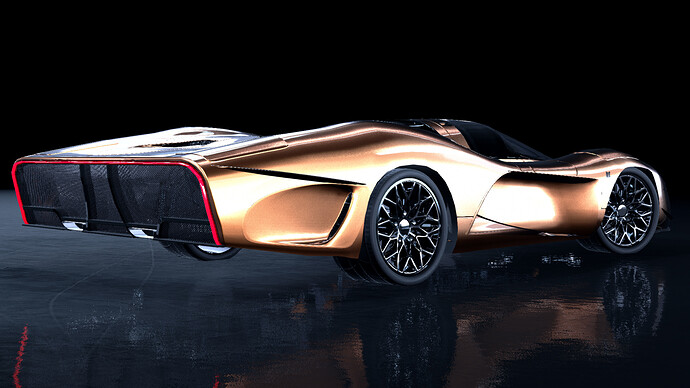 Paying homage to the legacy of the companies long history of dedication to making dedicated sports cars and normal car nimble and sporty. The Legacy R is the embodiement of the whole Suisei company and its sub-company Ryuko AC from 60s F1 to modern day Super GT. The Legacy R is Suisei's envision of the future, a single seat track devil packed with latest technology, it displays what Suisei is, looking into the future.

The Davalos Icarus Vision Automation Turismo is heavily inspired by Davalos’ success in the IMSA GTO class of the mid 1970s into the 1980s using the Pyrausta GTO - here, the Icarus utilizes a bespoke twin-turbocharged DOHC V10 and RWD for a pure driving experience. 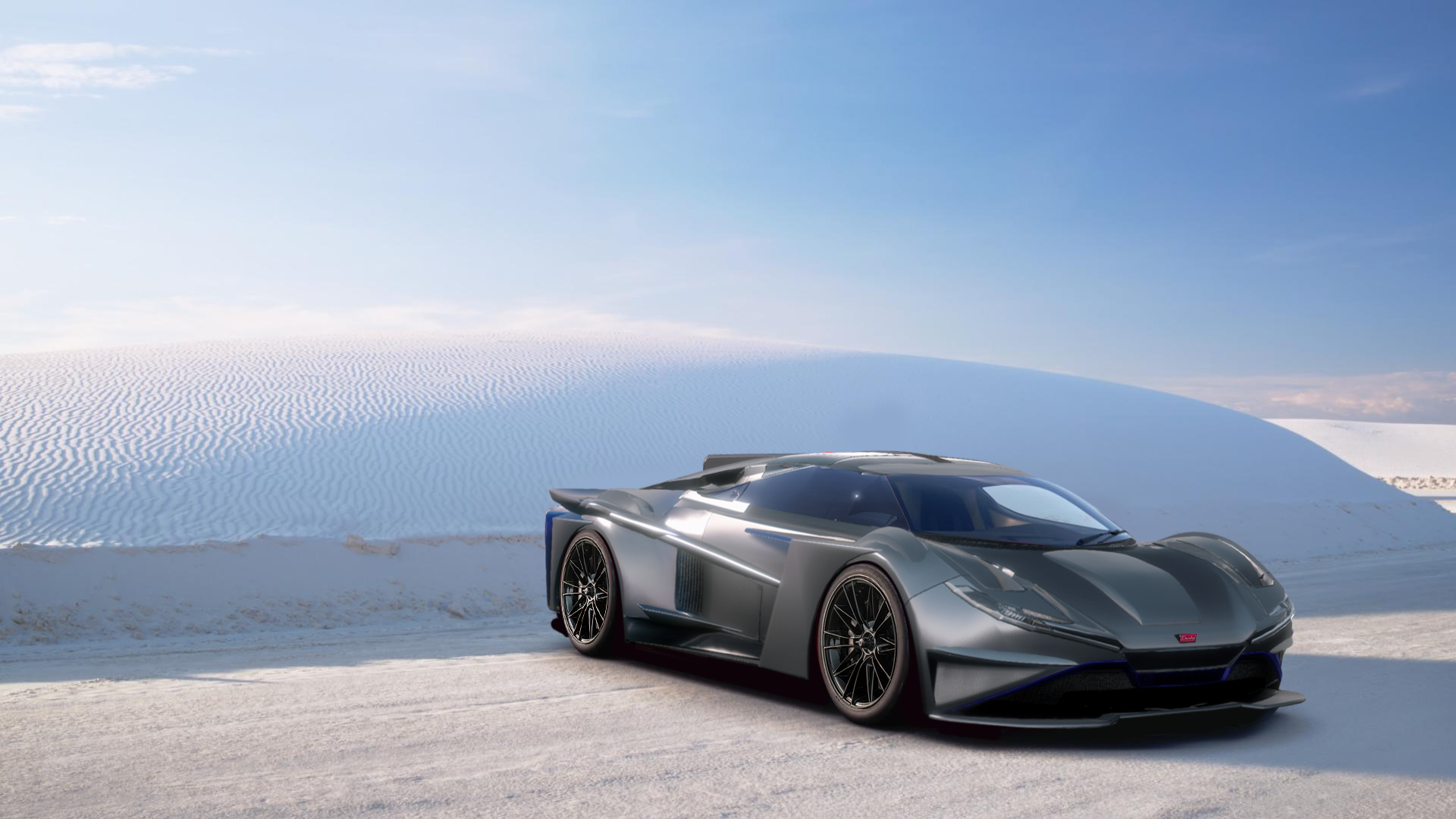 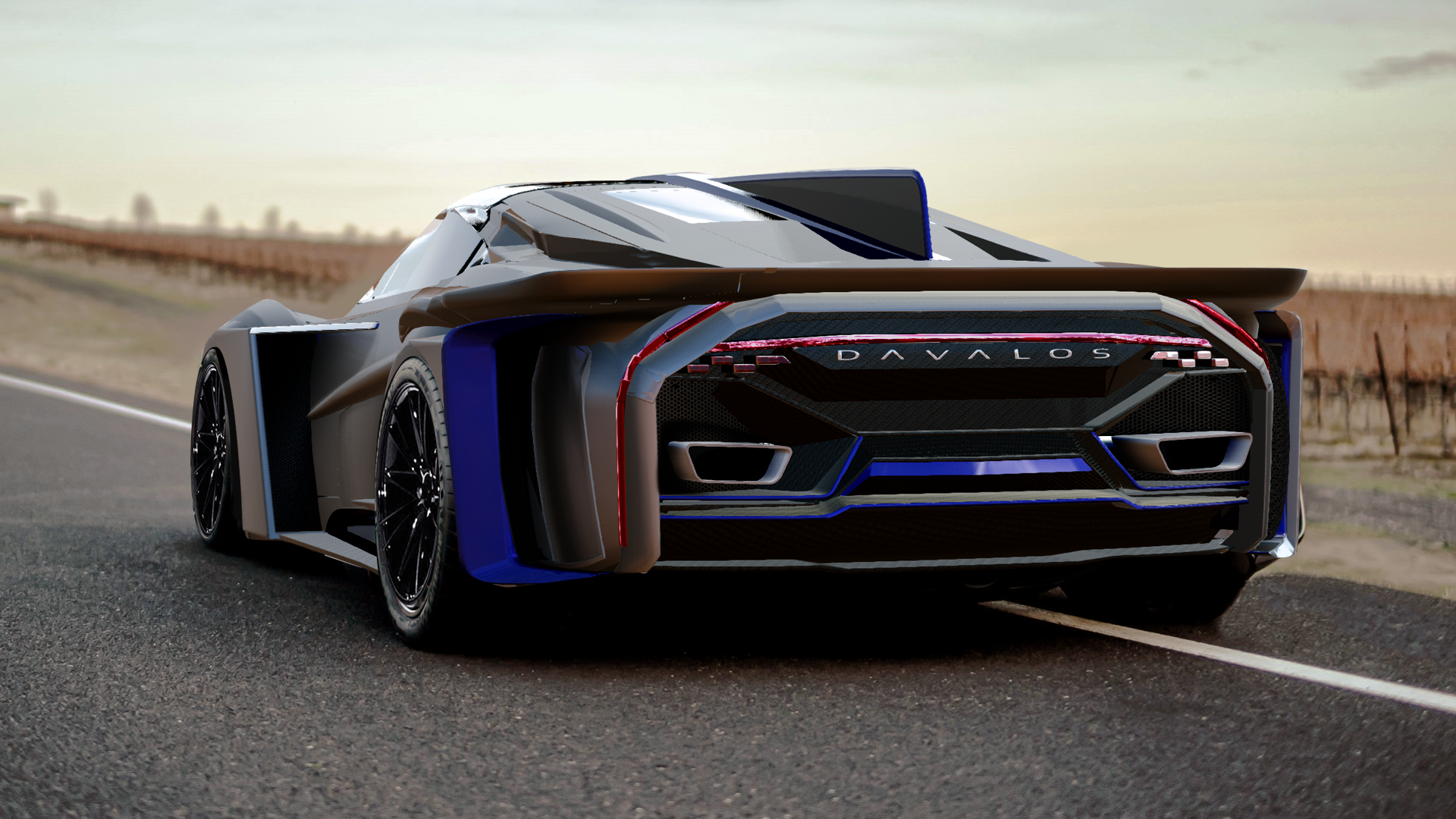