There is only one king of the mountain, and it’s the Shromet Adirondack Limited. With 580 Horsepower, no other truck even stands a chance.

With Aggresive, 830/265mm Cooper Discoverer tires in the front and in the rear, you can plow the Shromet Adirondack Limited into any terrain, and charge through with confidence. Coupled to an advanced All Wheel Drive system, and no terrain will stand in your way.

##Nothing Even comes close.

It’s not just an all out offroad racer, it’s also a completely civilized luxury vehicle. Get in, sit back in the 8 way power seats, and take a listen to the 18 Speaker Audio system, let the 8 Speed automatic and the AWD system take care of the hard parts of driving.
[hide=Summary]

##Style, Substance, Reliability.
An icon of the segment, combining sophisticated looks with incredible safety and comfort. Boasting 29.4MPG combined, and For the first time, Independent rear suspension. For sublime comfort and precise handling, there is no better option than Mystic.

##Equally functional as it is striking.

Thanks to an incredibly sophisticated design, Mystic features Over 1000L of cargo capacity, and a spacious, nearly 3500L interior, capable of comfortably seating 5.

Now featuring adaptive suspension, the 2017 Mystic can transform from sports car precise body control to luxurious bump dampening at the push of a button, offering an entirely personal driving experience.

#For the Midsize, there is only one. Visit your Local Shromet Dealer to find exclusive offers on the 2017 Shromet Mystic!

Calvinator would like to compete. We have the XC Series, but with all the Hate going on at the WHQ of CAC, we will build a new truck series to compete with you.

I gladly encourage the competiton. I have the regular Adirondack and the Adirondack Limited for you to examine. You can post your truck as well, if you’d like.

I will post tomorrow. Its 9:35 pm where I am at. I just finished my new 2 ton truck (the XC Series would of been a bit fast, but here is the link if you want to build something better)

Big, 2 seater GT coupes are an art form, especially the more powerful ones. Balancing performance with comfort is a hard task for any company, and getting the balance just right is essential for such a market. Cavallera’s Okuma and Shromet’s Dragon aim to prove to have got that balance just right, hence why we’re putting them head to head to find out which one is best.

The Shromet Dragon is the Japanese makes halo car, styled by Luceat Design studios, and is more of the full fat option in this contest. Air suspension, a wealth of technology onboard and a 5.5l bi-turbo V8. Some would say that a smoother engine layout would have been the way to go, but then again, few things are quite as delectable as a V8 roar.

The Okuma is also V8 powered, but is naturally aspirated too. It’s the old school offering in this market, with a more tactile approach to the design. The comfort is provided by a luxury interior, as oppose to air suspension, and it aims to be lighter than its rivals instead of increasing weight to improve comfort. It’s this difference in approaches between the two that will be the crux of the review.

Styling is very important on a GT car; it must be understated, but also still exciting enough to hint at its performance and prestige. Luceat have down well with the Dragon, with its headlights and grille perfectly matching the curves of the body. The back lets it down a bit though, it’s a tad finicky and everything seems to be a bit too high for its own good. But the rear wing is a nice touch, proving this isn’t just a car for comfortable cruising.

The Okuma is considerably more aggresive, yet the roundness of its body adds a softer side. The back is also far nicer than the Shromet’s, and they’ve also added a rear wing for good measure. As a sports car, this is certainly the better looking car. But, the Dragon’s curved headlights and delicately detailed grille make it feel more luxurious, and hence more of a GT car, meaning it bests the Okuma in the styling department.

On the road then, and it’s the Cavallera up first. The acceleration is defiant and without any madness; you’re soon up to speed, and the lack of drama quickly gives you the confidence to floor it. It’s lovely up at speed, just enough engine noise to be exciting, but barely a hint of tire noise. The gearing felt fine, and there’s plenty torque through out the range, making it perfectly adequate for overtaking and cruising. The engine could be smoother too.

The handling is sharp, but the suspension is soft enough to make it feel rounded. You can, if you want, drive this thing hard, and it’ll keep up with most sports cars. The weight balance is great, but it is a tad rear heavy, which does feel odd for the first few miles considering this is an FR car. Still, it does make it tail happy, and the overall weight of the car happily allows you to slide it. So it may be a big GT cruiser, but it’s not gonna stop you from having a bit of fun from time to time.

The big difference between the Shromet and the Cavallera is the weight, and you really can’t avoid it; this is not a performance car, certainly not in the same way as the other car. The handling is sharp, and weirdly enough so is the air suspension, but it feels more plush than the tactile response of the Okuma’s analogue setup. The acceleration is smoother and snappier, with closer gearing that it blips through seamlessly at higher speeds. It feels more of a cruising machine, especially compared to how much smoother the engine is.

On big sweeping bends and through slower corners, it really excels. This is a car that feels grand when its on the road,and the lack of a performance edge doesn’t really matter. It also feels more comfortable; not that the Okuma isn’t very comfortable, it’s just this smooths out the bumps that little bit better. A worthwhile trade off, I think.

Little details about each car distinguish them further. The long, bubble shaped front windscreen of the Okuma makes it feel more spacious and more exciting on the inside compared to the more conventional Dragon. The equipment on the Dragon kept me entertained for sure, and I think I’d prefer to have all these toys on my car rather than driving something without them. The noise of the Okuma is better, and it is refreshing to drive a non-turbo car. The Dragon feels like the more usable car for everyday driving.

Properly judging these two cars, however, is going to have to be a subjective matter. Like I said at the start, GT cars are all about balance, but they are also about experience. Performance wise, both cars are perfectly suitable, and you won’t be disappointed with either when it comes to straight line performance. The Okuma is the harder, more aggresive car, both in design and execution, even though it still has its soft side. It’s the more defiant choice, and certainly the one to go for if you want to make more of an impression. I liked body shape of it more than the Dragon, though the styling of that car was more convincing to me as a GT car. The Dragon’s strength is its comfort and wooshy feel. It’s soft without being mushy, it’s rounded and balanced, and superbly well equipped. And, it achieves understatement, the ultimate talent of a GT car.

I prefer the Okuma as a performance car, and it’s a great balance between sports car and GT car, if you want to see it that way. A soft sports car, if you like, something worth considering if looks are important but you want to be able to use your car every day. But as a GT car, it’s the Shromet Dragon that wins me over. It’s got the looks, the comfort and the overall feel, and its focus on being softer and more comfortable aids it, even at the cost of weight. It feels more at home being a long distance cruiser, and I could happily see it parked on the waterfront at Nice. 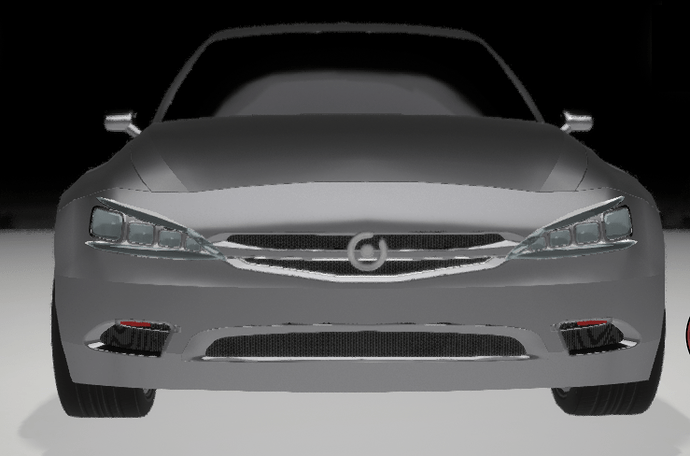 This powerhouse is more than just a four-wheeled machine. It’s a modern marvel.

Our most advanced technology makes its debut in the Radiant Sport. With highly advanced, electrically assisted power steering that automatically adjusts between lower and higher speed, and fully adjustable suspension, making it neither compromised on the track, nor the street. 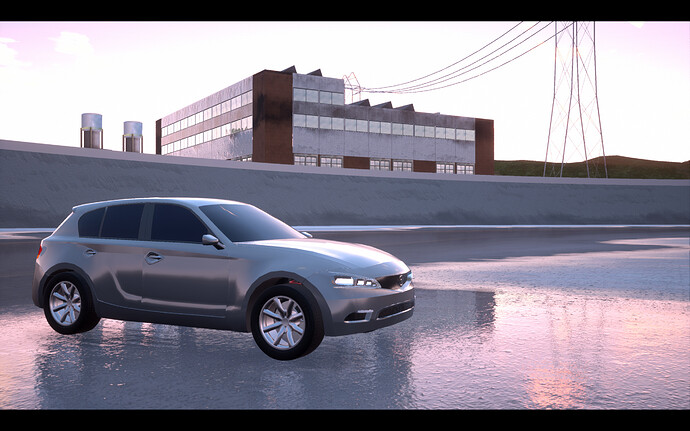 It Speaks For Itself, and it has a lot to say.

Your remake of the Radiant in UE4 is, quite frankly, stunning. It would be logical for you to do the same thing with other Shromet/Nickel models, such as the Adirondack.

The 2018 Shromet Dragon has entered UE4.

The Ultimate GT car is back, and it’s better than ever. 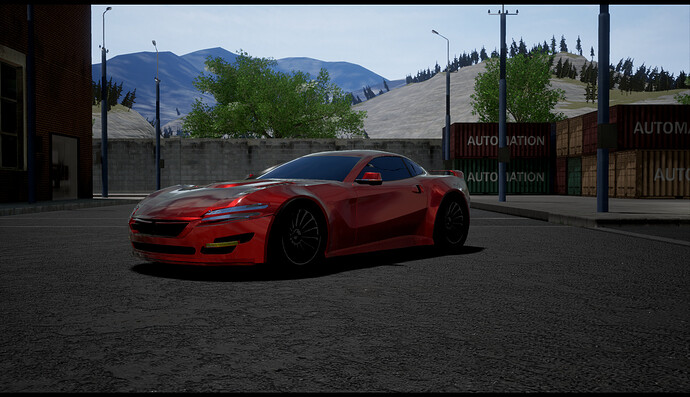 Everything we’ve been working towards, the ultimate in grand touring excellence.

Not only visually overhauled, mechanically overhauled as well. A new 8 speed automatic gearbox has been added for improved driver comfort, acceleration and fuel economy.

The air suspension has been fitted with continuously controlled damping technology, actively controlling body roll for turns and rebound on bumps, making not only a more comfortable ride, but a sportier one as well.

The electric power steering has been given a variable ratio for optimal effort and feedback at any given speed.

The Ultimate GT car can be yours, visit your local Shromet Dealership Today.

More than ever, the Dragon lives up to its name, especially after being remade in UE4. I expected that after the Radiant received the same treatment.

2018 Shromet Adirondack. The King of the Mountain. 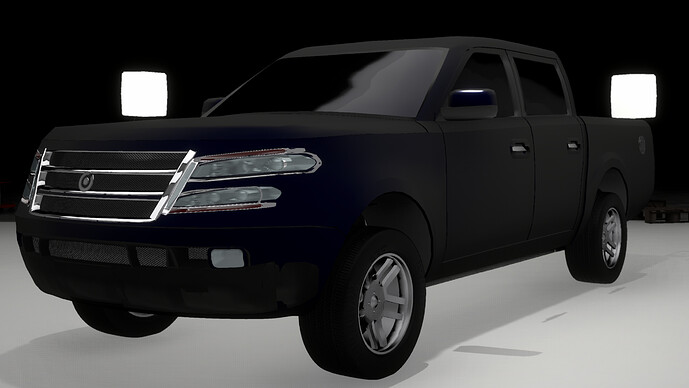 The King of the mountain is here. No other Truck Stands a chance.

Strong, capable, durable. The Shromet Adirondack is truly stands the test of time. There is no other choice if you want a truck that works as hard as you. 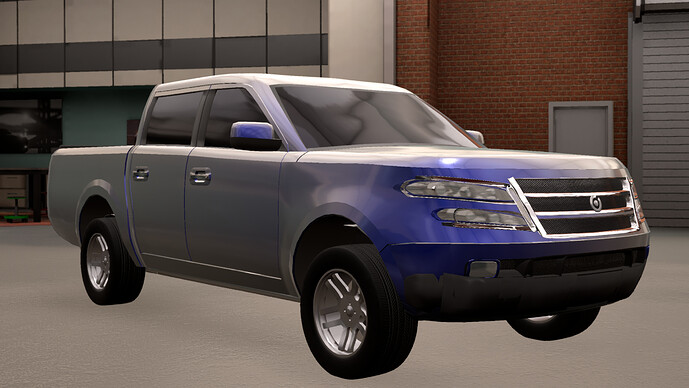 Standard four wheel air suspension, Actively adjusting electric steering, and an advanced 8 speed automatic transmission make this the Shromet Adirondack as intelligent as it is strong. 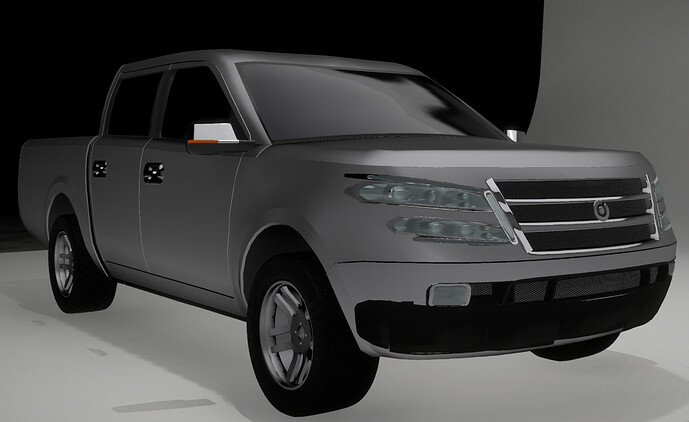 What did you do to the formatting.

It looked and looks completely normal in the preview.

The more I scrolled the more abstract it got. It’s like if Reguar Car Reviews made an ad. 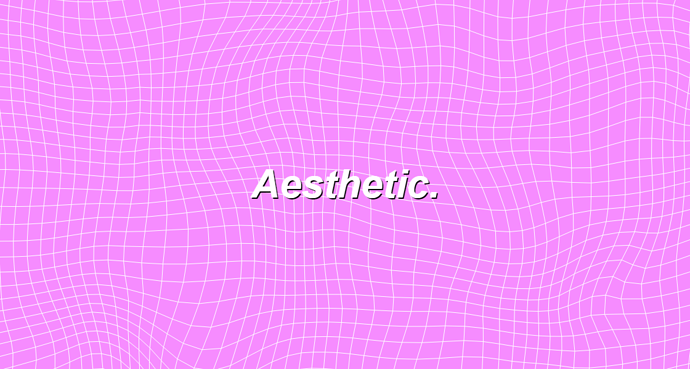 Quite simply one of the best full-sized trucks out there, in terms of design and engineering. Did I mention that it can carry loads of stuff as well?

I thought trucks were meant to race. Thank you for the clarification.

About the truck itself: I like how it looks, rugged and strong. Just like a truck should. The only thing I don’t like is the foglights, but that’s a minor detail.

I thought trucks were meant to race. Thank you for the clarification.