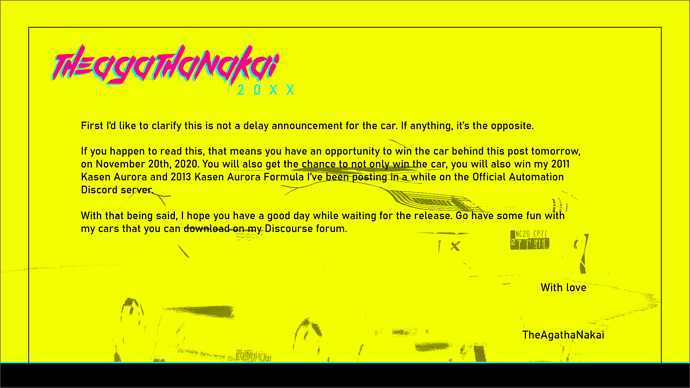 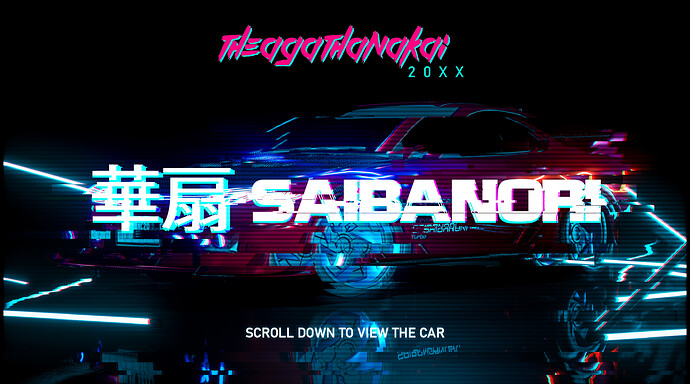 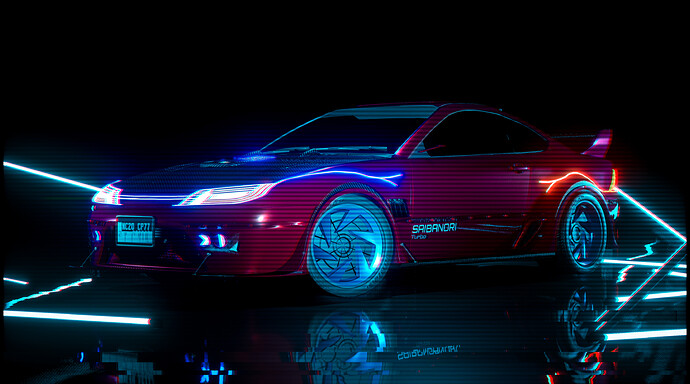 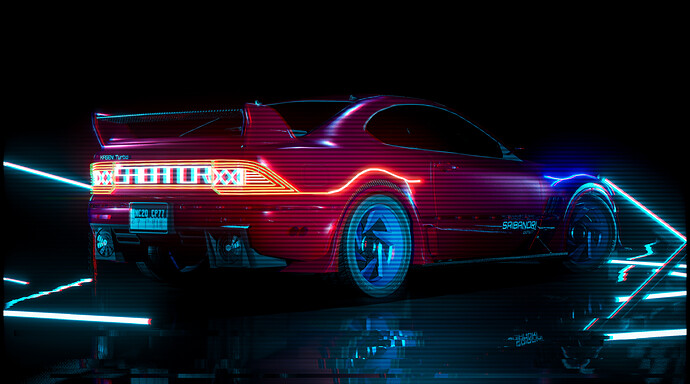 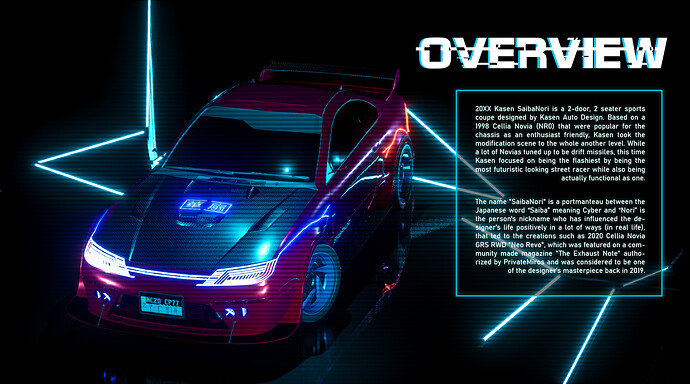 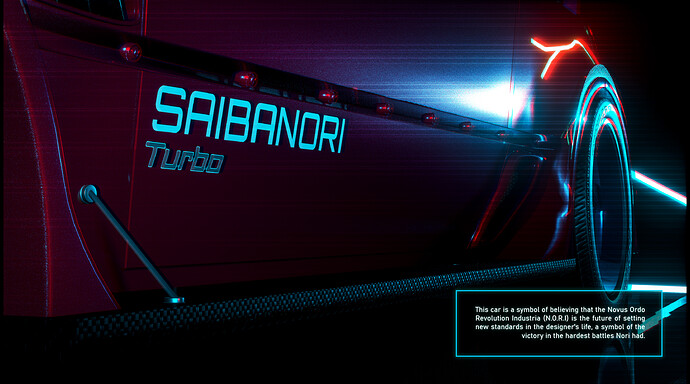 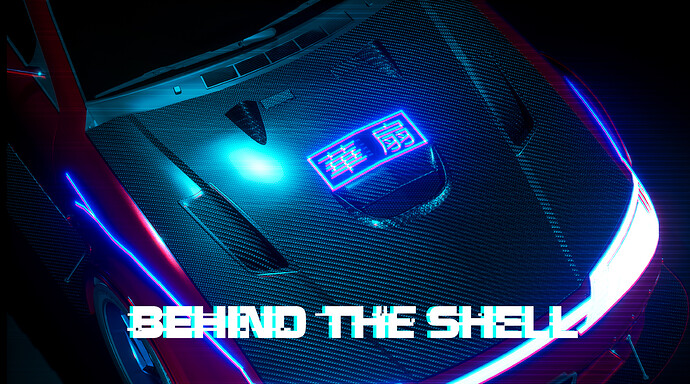 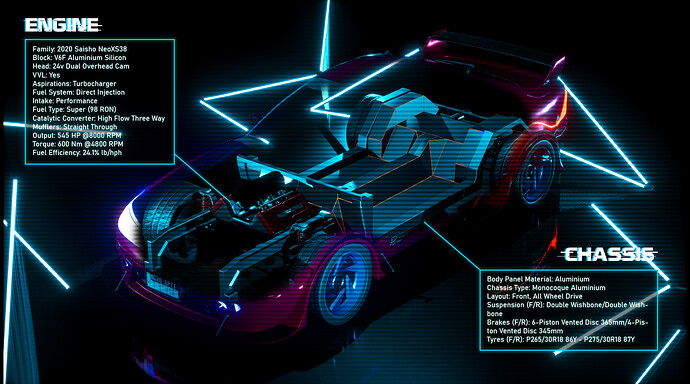 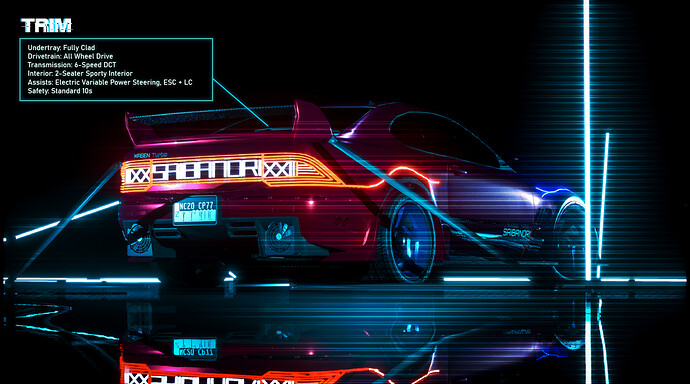 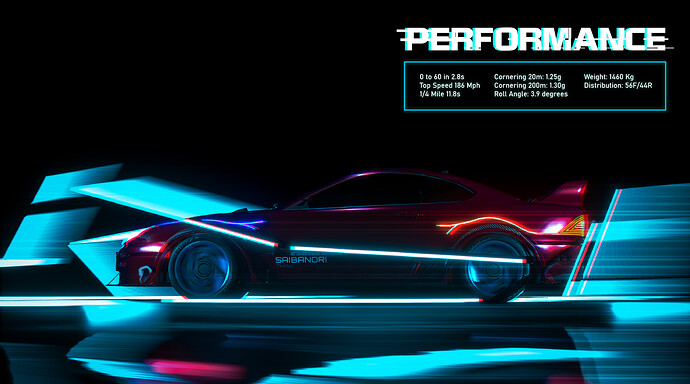 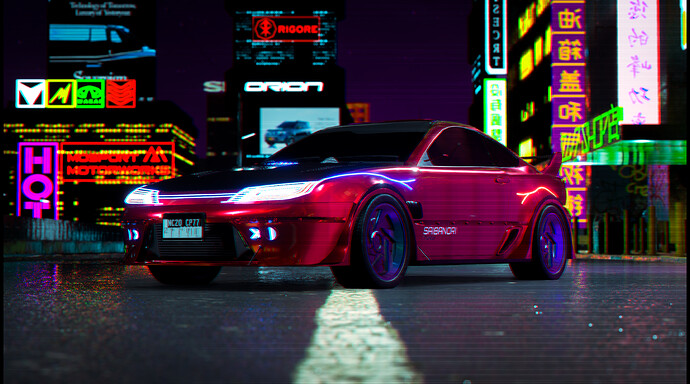 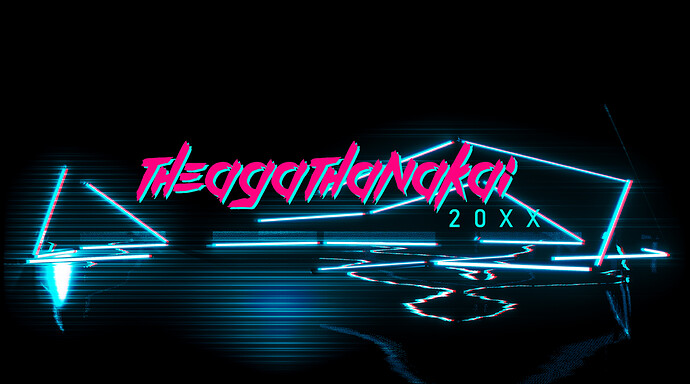 But does it run DOOM?

But does it run DOOM?

tbh not really sure what do you mean by that. If that’s the joke, sorry if I don’t get it.

There’s an old hardware/software dev gag that consists of trying to run the original DOOM game in every piece of tech you can get your hands on. I thought it was fitting for the tech prowess of this car. 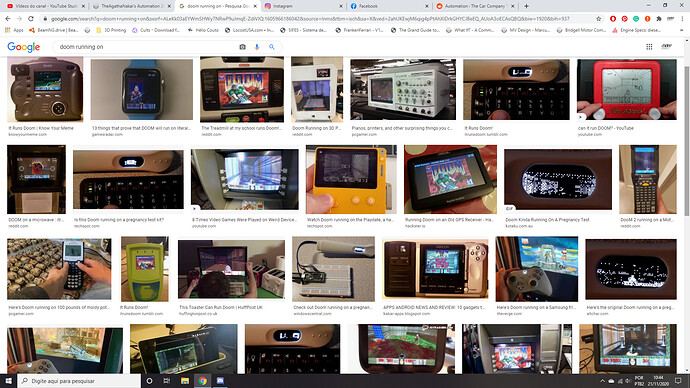 Alright, recently I’ve done two types of vehicles and would like to release them this month as an early Christmas gift. The first car will be released on Friday or Saturday this week (voting will be closed on Thursday night), and the other will probably be released on the Christmas. Which one do you guys would like to see from me first? Vote down below!

If you have voted, thank you so much for your time to vote. Have a good day and stay safe!

So, the poll is closed!

According to the poll you guys would love to see a…

Hatchback! Well, this is it. Tomorrow, you’ll see something a little bit inspired from this. Stay tuned folks! 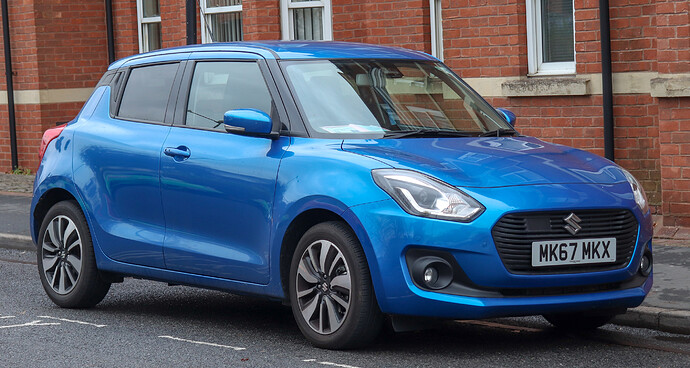 Alright, first of all, I want to say hello, and it’s been a while haven’t released any car I’ve designed on here (I truly were lost on the way to the point no new cars released for over a year, I think) Things were being slightly tough for me in real life, but slowly I’m getting back everything together.

Anyways, I’ve been thinking for a quite while. As you know it, I’m not very active on this community lately due to reasons, mostly real life stuff and I do play other games as well to the point I abandon this game. It won’t stop me from designing cars forever though, especially with the new updates and more interesting workshop stuff (it’s amazing what the community can do, gotta admit). I think I will release cars in different ways, like in a pack, with a theme. Think of some GTA Online thing, when they release an update, it will come with new cars. So, after releasing the first car, that’ll be a new practice for how I’m going to release cars in the near future.

Stay safe, and one love from me. Oh, here’s a teaser of what I’ve been working on (a lightweight track car inspired from Lamborghini Sesto Elemento). Have a good day. 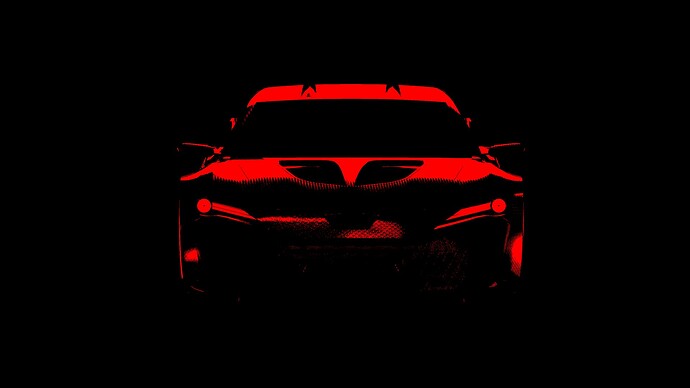 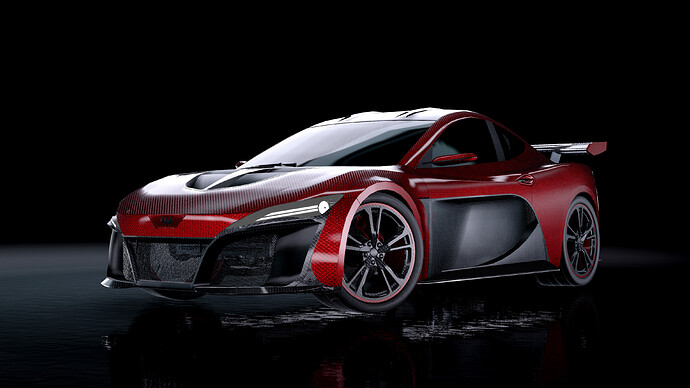 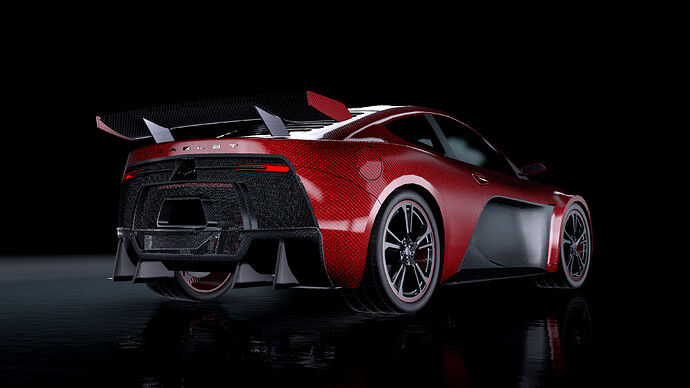 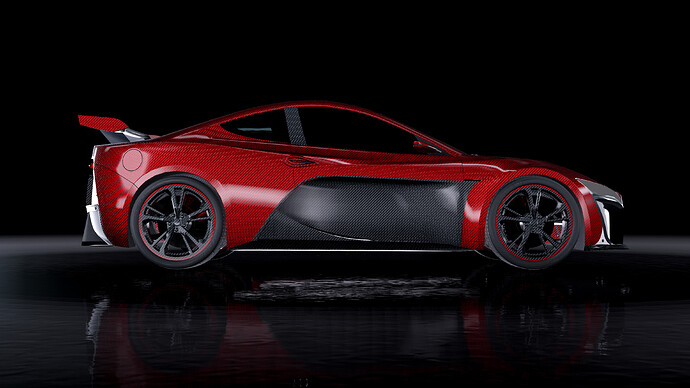 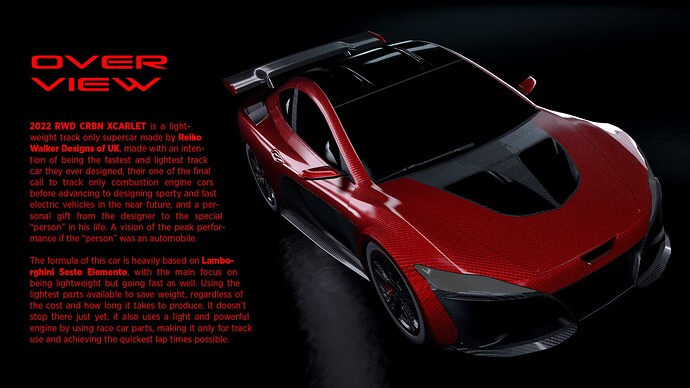 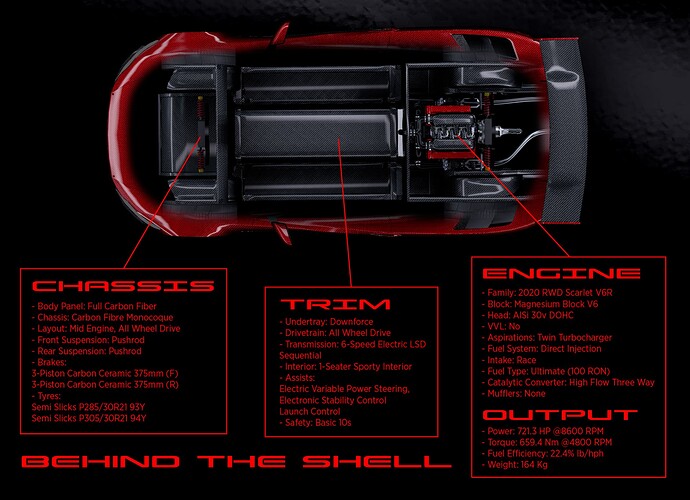 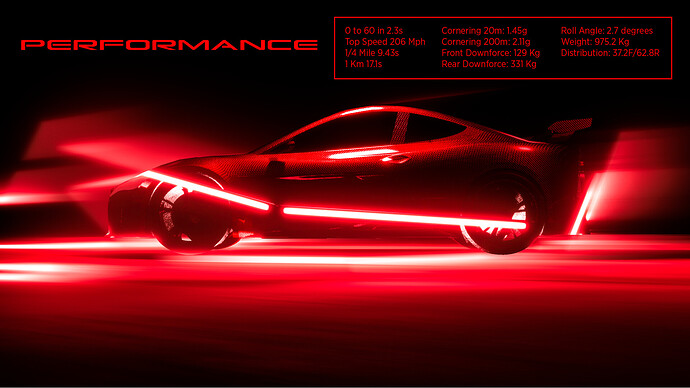 Nice, what’s the weight tho?

Ah yes, an oversight from me to not included in the post. My bad, will edit the original post right away.

Indeed, and that’s what I’m aiming at for this car. I’ve designed light cars before (referring to RWD FS I made), but never have it this powerful and fast, while being lightweight.