It’s been awhile, so here’s a ute progress update. The four door variant is already finished, so I should hopefully have them up before Christmas. 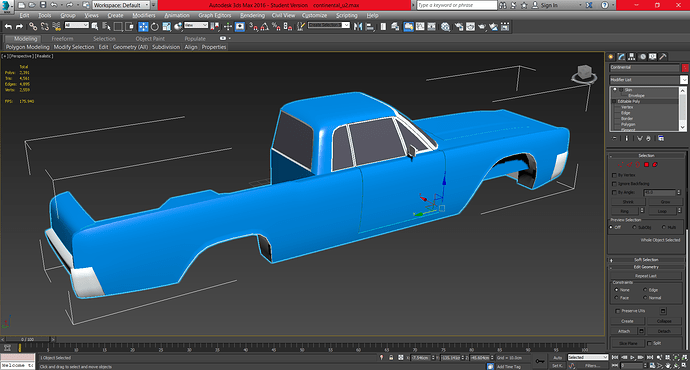 Just in time for Christmas in Australia, the Continental’s been updated with two and four door ute variants. First post has the standalone link. 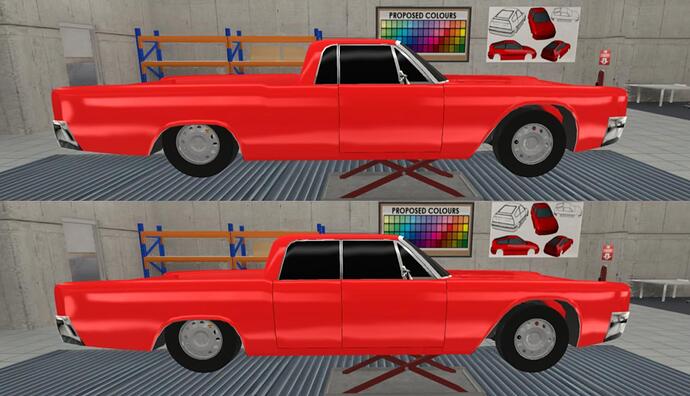 Edit: I’ve also got a special gift that will hopefully be ready within the next 24 hours.

Bleh, bring on the Wagon(eer)s.

Won’t be for awhile yet. My next major project is a 50s sedan/coupe/convertible/wagon. I also still to make a few scaled down models, and maybe also scaled up in the case of the Tracker.

Santa Claus is coming to town, and he’s got a new sled…

…of the steel variety. 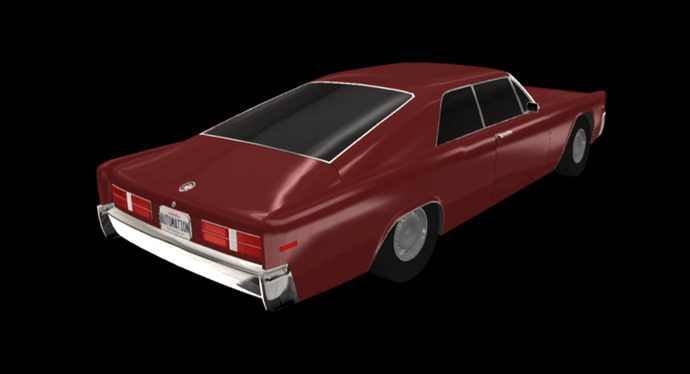 This is my Christmas surprise for the community

Posts will be updated soon.

Read the rules of the forum dude:

Automation Forum Rules The rules below have been compiled by the Administrators and Moderators in order to enhance the experience on the forums. Please read through carefully so that you don’t accidentally violate them. If you see anyone violating the rules, please use the report button on the bottom left of each post. The same applies to Personal Messages (PM’s). § 1 General Rules Treat other members with respect Don’t multple post in a short time frame Don’t make a full quote of a l…

Don’t make posts/threads/PMs which have content that is:
(a) insulting towards members
(b) spam
© racist
(d) senseless
(e) against laws
(f) sexual or pornographic
(g) hostile towards members
(h) advertising piracy

Sometimes you need to bend the rules a bit

Is this latest project a fastback version of the not-Continental body, or is it based on another car altogether?

Edit: it is a fastback Continental after all. The extra body styles are just what we wanted when building classic luxobarges. Of course, we could just use it for a huge upmarket muscle car instead…

It’s a Continental fastback, and it’s now up.

At first I thought you were being serious about the rules!

We need more fastback 60’s and 70’s bodies. Great job with this

That is a LARGE vehicle. It’s awesome.

I’ve updated the Continental again to solve a couple issues, hopefully for the last time. 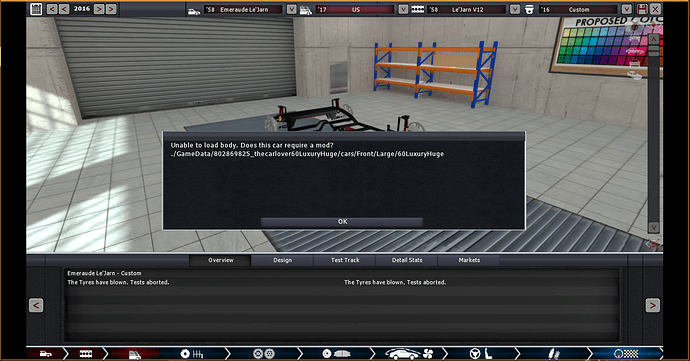 This is my 3rd or 4th time loading up this car, and it keeps telling me it’s borked. Not sure if something broke on my end or not.

Maybe an update on the mod that resulted on the mod with a new name. So the game can’t find the mod by its old name.

I haven’t renamed the mod. Any chance you were using Steam offline for awhile? The last update was when I added the fastback variant just before Christmas. If your Steam only recently updated, you might need to relaunch the game 2-3 times for the mod to appear and resolve the issue. Edit: forgot to mention that the front fenders will be morphable to allow for dual or quad headlight setups.

That’s going to be a welcome addition to the growing list of classic car bodies - I reckon it would make an excellent land yacht or hot rod!

Wow, looks nice for the late 50s, I can also fit single long rectangular headlights on your car for non-American market. Anyway, what real-life car is based on your WIP?, because I may model the 1957 Chevrolet (another well-known 50s car) as a possible smaller companion design study.