I hope you haven’t misunderstood things. The vehicle does not have to be Swedish. Think COP more or less. Could be imported from anywhere. 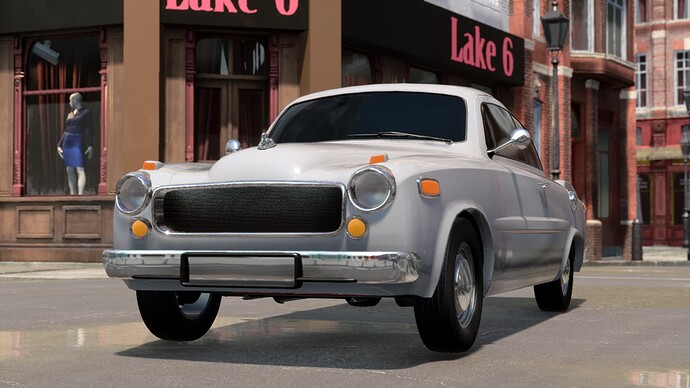 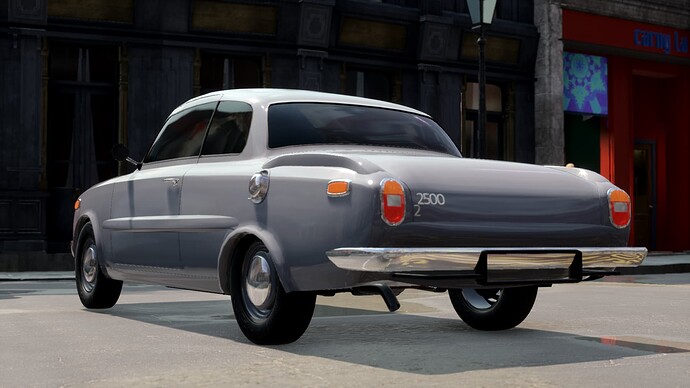 Photo1931920×1080 116 KB
Yours for 10400 AMU. It has a top speed of a staggering jaw-dropping 121mph, a speed never seen before in this new era of vehicles. And it has a 3-speed manual and a modular ladder frame. Coachbuilders are a thing of the past, we include the car with your purchase now instead of a bare frame of nothingness. Feel the power of a 124hp Twin-carb 2500cc Inline-6 engine

What happens? Exporting cars works for me so does not seem to be a general fault within the game at the moment at least.

When i export a car, i click open folder then it directs me to my drives, not the actual Automation folder

Aren’t you in the Beam NG exporter then? “Export car save file for sharing” saves the car directly to the automation folder.

Yeah i mean the car file one, not BeamNG

Wait… I see that there is such a function there too, but it does not work for me either. But as long as you have clicked “confirm” I think the car should be in your “CarSaveExport” folder?

Even tried that, Nothing.

Extracted it from the Beam Export now @Knugcab but its titled as 2.car and IDK if that still counts under naming convention violation

Well, if you had such large troubles, I can let it pass.

Any restrictions on quality, so long as there’s a lore justification for it?

Just keep it realistic. It’s rarely needed more than 2-3 points up or down, but I might let other stuff pass if it is, as you said, justified. Just don’t reach insane ET levels, don’t do obvious minmaxing, or cars so bad that they end up being meme builds.

And don’t sweat that I said that I want realistic engineering. I will not be harsh about it. Just don’t want obvious unrealistic stuff. Not a transverse 2 litre V12 in an econobox, to take an obvious example.

AEKI is a Swedish car company with long history. The company started as a heavy industries company before venturing into automotive sector during the 1930’s. The name is an abbreviation of the founder’s name, Anders Enar Kinberg. 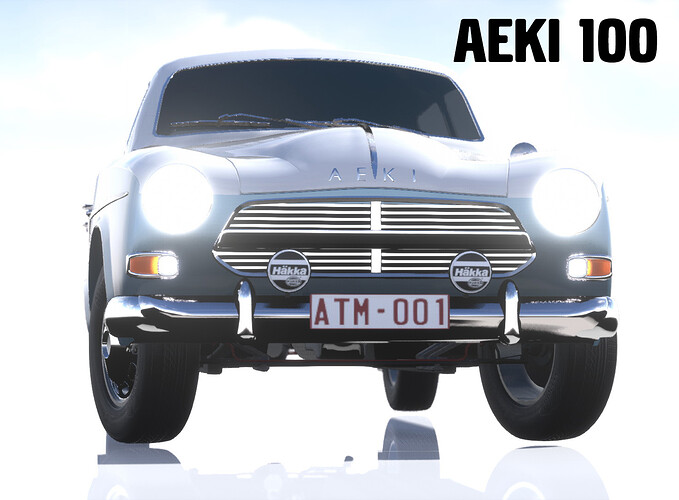 In 1954, AEKI introduced it’s new family car range. The first true post-war design. This coincide with the new naming convention. Being the first, it’s the 100-series.

The first of the 100-series. MY1954. The name actually supposed to denotes the car’s ability to reach 100mph, but this was quickly forgotten as the plan for the next generation of car comes about and the name 200-series was decided early.

This series of car would also later having it’s middle number in the name denotes body type. So the fans would be retroactively referred to the earliest car as the AEKI 140.

It started as a basic 4-door sedan shape. Later there was an addition of the 120 sedan, the 150 station wagon. There was also the 120C, which was a special fastback coupe available later in it’s lifecycle. 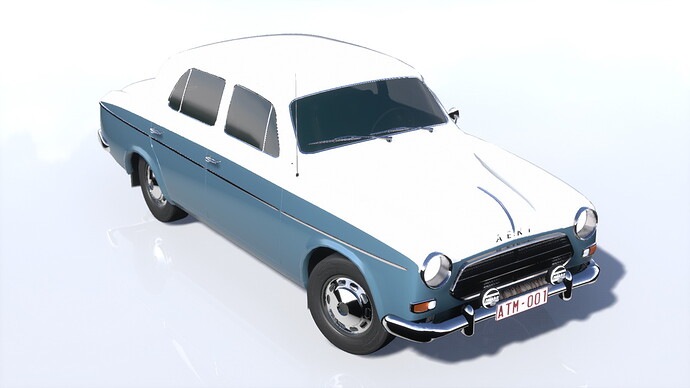 AEKI 100 is a rather advanced car for it’s time. With monocoque construction and coil springs suspension. There are a lot of cutting edge design sprinkled in.

The first of the 100 comes with the Silver-100 series engine. At the beginning displaced 1.6-litre and producing 66hp. Transmission was 3-speed manual sending power to the rear wheel. Later trims had engine displacing up to 2.0-litre and 4-speed gearbox.

The Silver-100 Series engine is expandable up to 2.2-litre with potential for a lot more power, thus it was used quite a lot in competitive events. The AEKI 100 was used in rallying and circuit racing all over the world. The combination of speed and handling is irresistible to many racers. 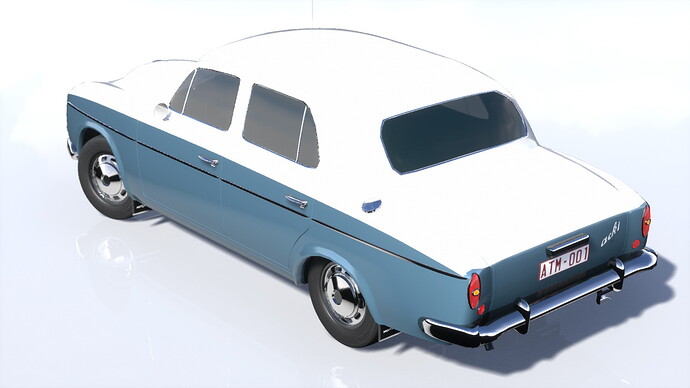 Despite this, it wasn’t really promoted as a “sports” sedan. It’s supposed to be a family car first. It has seating for 6 or 5, with very early adoption of bucket seat as an option.

Another remarkable aspect of the AEKI 100 is, as with the company’s public image along with other prominent Swedish brand, it is an incredibly safe vehicle.

It utilised many of the safety features ahead of it’s time. There is a 3-point seatbelt, one of the first available. The dashboard is padded for absorbtion. There’s also collapsible steering column, and the structure of the car also takes deformation into consideration. 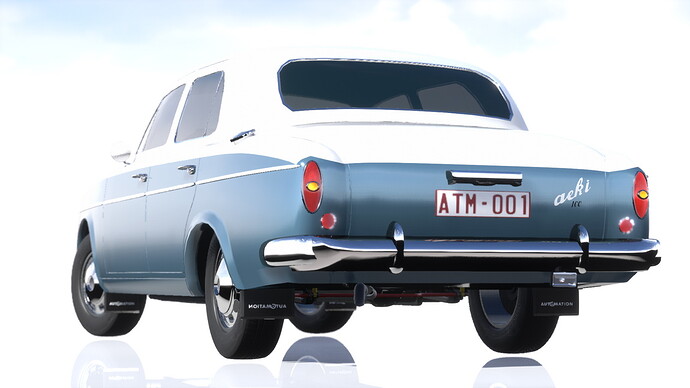 AEKI 100 was also exported to the United States, being one of the first “import” available. Indeed it was one of the best selling European import in the USA during the 1950’s. 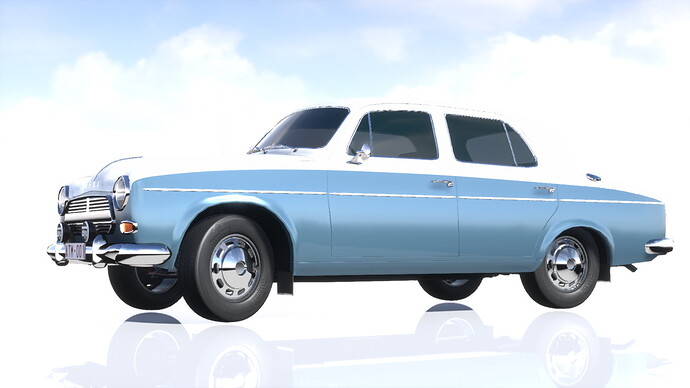 All AEKI 100’s made in Malmö, Sweden. Which is also where the company headquarter still is today.

You’re having trouble because of the / in the car’s name. Windows Explorer doesn’t support having / in the file name so when you exporting a car with / in it’s name it wouldn’t appear in the folder.

Darn. Should’ve remembered when submitting a car with / in it.

Interesting challenge, I have the perfect company for this. But, I’m not going to be able to join in on this challenge just yet because IVERA Motors was founded in 1956 didn’t start production of its first car until 1957.

Hey Knugcab, was was Sweden’s automotive imports with eastern communist countries during this time? One of my lore companies is based in the Czech Republic and I’m curious if that would even be an option for this?