OK, lore is very loose at the moment, but I felt that I wanted another american manufacturer with a kind of different approach than Hillstrom.

So, Vaughn is an american manufacturer (started ???), with Vaughn as its main brand. Also planned is a dedicated luxury brand (name ??? - started ???), a brand for commercial vehicles (name V.C.V. / Vaughn Commercial Vehicles - started ???) and a cheap entry level brand (name ??? - started 80-something). If compared to GM, think (kind of Chevy/Pontiac/Olds) - (kind of Buick/Cadillac) - (GMC) - (Maybe Saturn as it was intended before it got all screwed up).

Will clean up this when I feel like doing it. Look at this new-for-1988 Vaughn Champion Coupé while you are waiting. 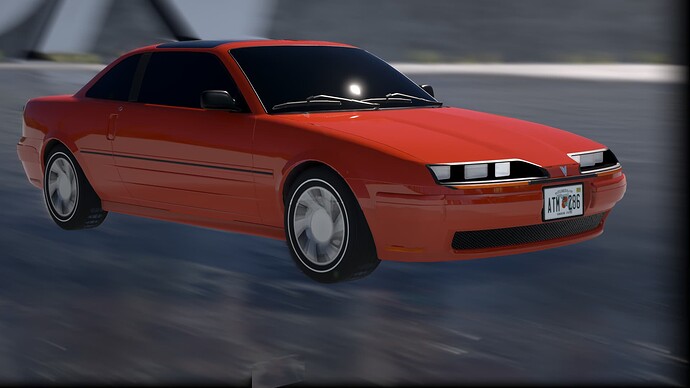 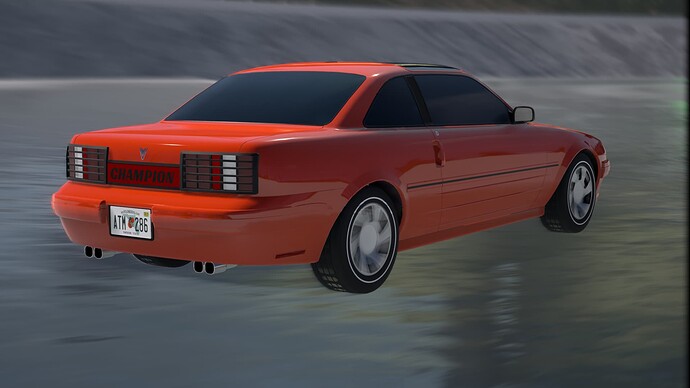 I just hope that it does not feel like I am spamming the board with brands?
At least I got rid of Hillstrom…

You can never have too many brands. I lost count at 10-ish.

Uhm. I forgot that I even had a thread about this brand. I guess I could remake it by now since there has actually been lots of progress regarding this…

It was a great Inspiration for my 1993 not-a-camaro.

a great Inspiration for my 1993 not-a-camaro

Speaking of which, I’ve recently heard that you’ve made other cars beside that one - so it might be a good idea to give them a thread of their own, just for your creations.

@Knugcab I remember the Champion Coupe from a thread I made earlier - I expect to see a more detailed description of it before long. It’s actually a nice blend of late-80s and early-90s car exterior design trends, and on looks alone, it may well live up to its name.

As for the Vaughn group as a whole, I would like to think of it as a vast conglomerate similar to GM, but potentially with a less troubled past.